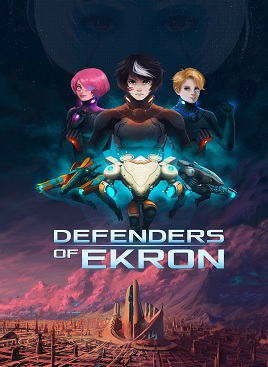 Take a mech based shoot ’em up, layered on an interesting power up system that forces tough decisions on the player’s part, large levels to be explored, different forms of attack for clearing enemies and some cool little puzzles to solve, and the result should be a sleeper hit that takes the world by surprise. This is what Chilean developer In Vitro Games is going for with Defenders of Ekron. To land this idea, though, requires a good grasp of the fundamentals. This is where this indie title is lacking, leaving us with a title that has a few shiny spots, making its weaknesses all the more disappointing.

First up is the plot. This is a shooter that tries to place a focus on story, which is something I appreciate. It centers around a trainee pilot, Eneas, in his final days in the program. He pilots an Anakim, the name for mechs in this universe, which is supposed to develop an Isvara (read: special ability) during a final, grueling exam designed specifically for that purpose. Passing the exam, but failing to develop an Isvara, he is relegated to an experimental program that allows him to convert resources found in fallen enemies into upgrades for his Anakim. He agrees, and finds himself taking on missions against the dastardly Renegades, a force bent on destroying the planet. The Renegades’ goal seems a bit shortsighted, frankly. To paraphrase The Tick, where will they keep all of their stuff?

Trying to tell a deep, anime styled story in a shooter is certainly appreciated. Corny melodrama and goofy, over-serious dialogue sells the tone that the developer is looking to hit. However, it falls into the trap of believing the tale being woven is deeper than it actually is. Character betrayals couldn’t be more obvious if they vomiting on the crowd from a spinning pinwheel shooting sparks. The translation can be nonsensical, with typos aligning with poorly explained jargon to create a mess that obscures a rote, by-the-numbers conflict. Truth be told, this isn’t a huge deal. A title like this depends more on gameplay than story. While what they tried to do here failed, they did try to do it with attractive art in the character portraits, and nostalgic animations during the in engine action scenes that bring to mind PS1 era 2D games. 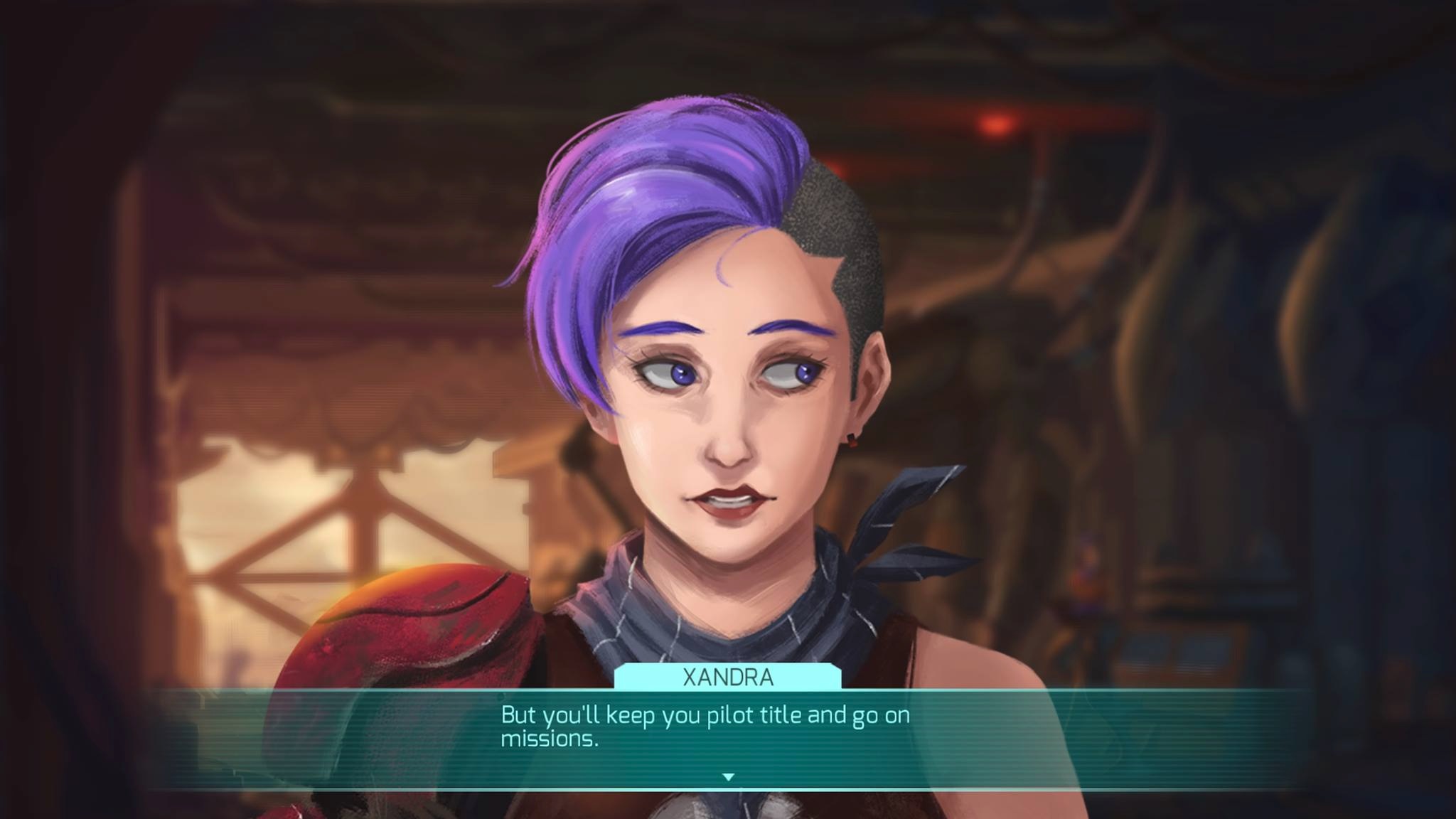 As gameplay is where a game like this should hang its hat, it’s frustrating to see so many well conceived ideas tarnished by the execution. At its core, this is a top down, twin stick shooter with some levels being straight forward shmups, and others emphasizing exploration and puzzle solving. The ideas behind it are pretty cool, with varied stages that keep things feeling fresh over a reasonably lengthy campaign.

The best idea here is the Oxus system. Oxus is basically experience points in the game, that can be spent on upgrades for the Anakim between missions. It is also the sole source of heath regeneration mid-mission, as there are no health pick ups or the like dotting the field. This adds a cruel and cool risk/reward mechanic as players must decide to risk limping to the end of a boss fight to eke out an extra upgrade, or spend it on an extra burst of power or health to ensure the ending is seen. As every improvement purchased makes an obvious improvement, this system is stressful, but in a good way. 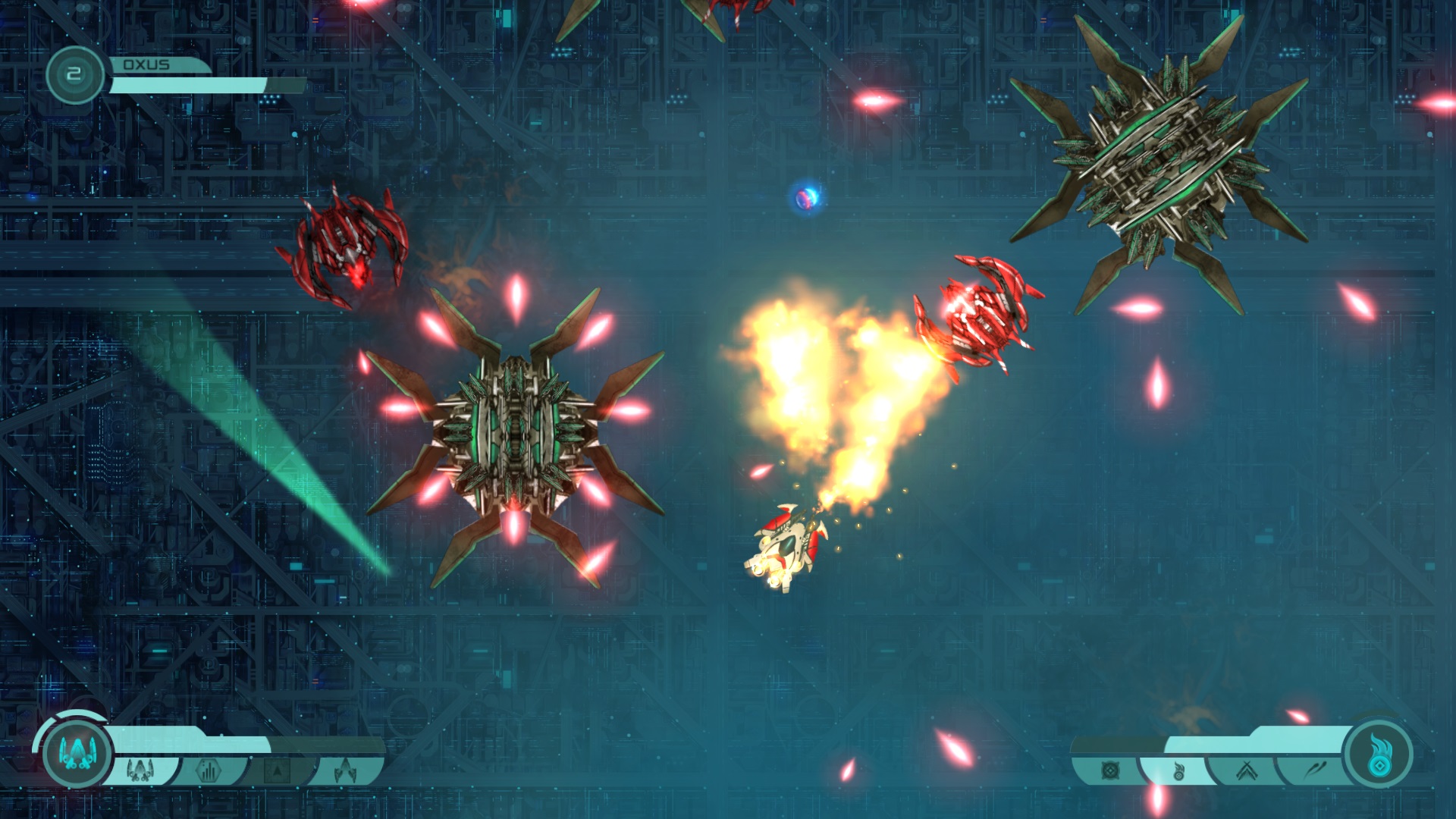 Spending the Oxus is exceedingly tempting, though, due to the terrible checkpoint system found in this game. Continues are unlimited, but the punishment is high as players will constantly need to replay the same puzzles over and over again to get to that challenging fight. This is something seen as early as the tutorial “final exam” mission, with massive swaths of easy rooms that need to be completed again and again to try the hand against a boss that can only be harmed with bullets bounced off of the wall.

Indeed, these massive difficulty spikes abound, with giant, shielded robots that require a specific strategy for defeating but not enough room to do it, bosses with overly ample health bars, and cheap shots all over. This is a game that I found myself loving, hating, and then loving again. The fact that it can both engender alternate joy and rage leads me to believe that there is something of quality here, it’s just hampered by poor implementation. 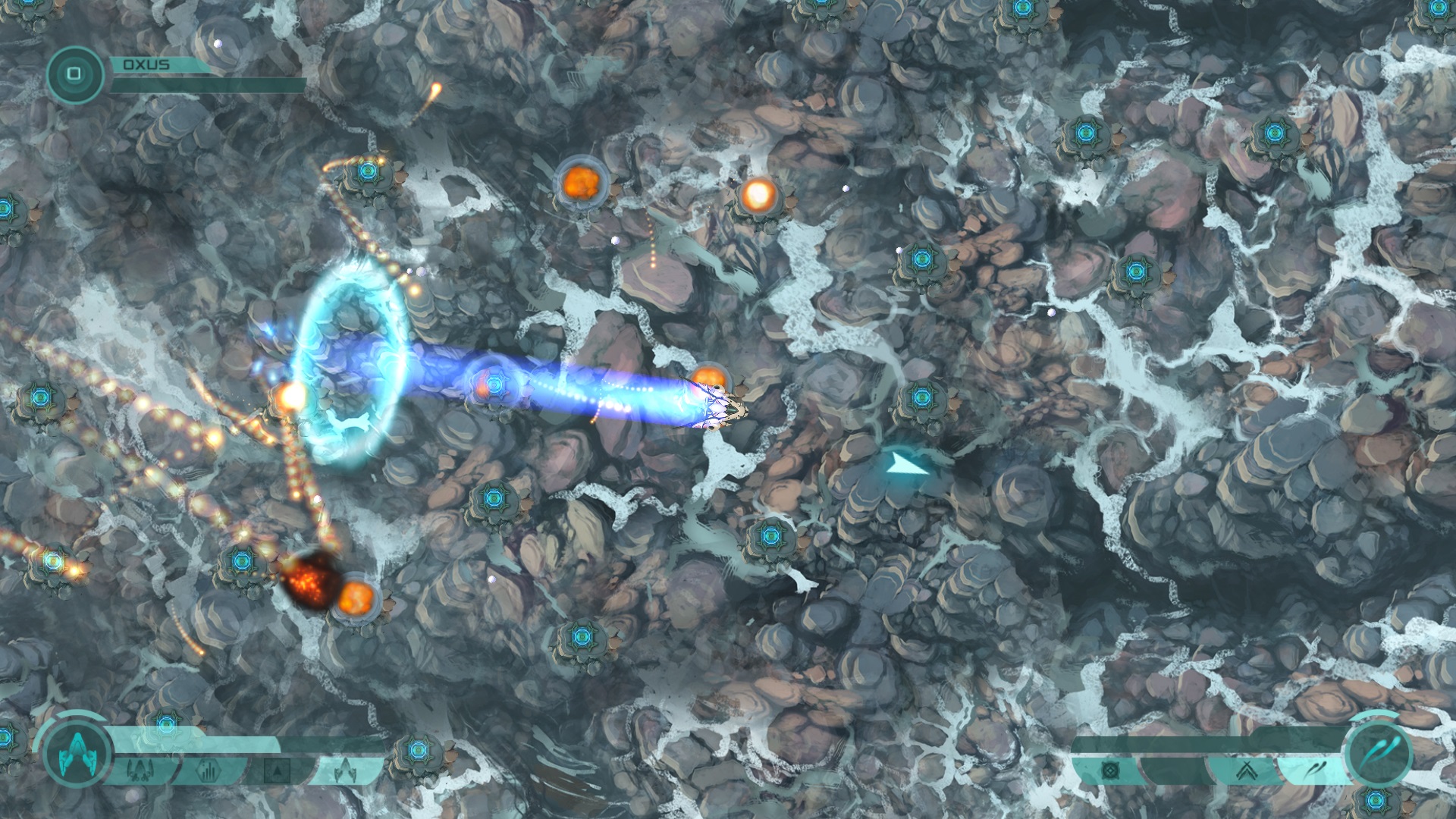 It’s a truism that writing up reviews on mediocre games is the most difficult aspect of games coverage. There is no reason to tear into them, nor do they inspire the author to invent new ways to praise. Despite the score seen below, Defenders of Ekron is not a mediocre game. Instead, it is either a great game with a lot of bad parts or a bad game with a lot of good parts. It is a refreshed take on the “glass half full/empty” test. I’m going to say that it’s a good game with a lot of bad parts, as the time spent exploring the warzones and discovering new powers stuck with me more than having to solve that one danged magnetic ball puzzle again. People who decide otherwise are not wrong, though.