So far, the Spatfest results in Splatoon 2 have been split down the middle. Both Pearl and Marina have one win and one loss each. The next Splatfest is going to be the tie-breaker (though there are more to come). It is a battle between squids as superpowers collide.

Players will get to choose between the ability of flight or invisibility. This is going to be a tough one as both can be very useful in everyday Splatoon life. Flying around will definitely get you around stages faster so you can ink the opponent’s side. Going invisible let’s you splat the enemy before they can even react! Start thinking of ways you can use these newfound powers in your life and maybe you’ll have an easy time choosing which team to join. 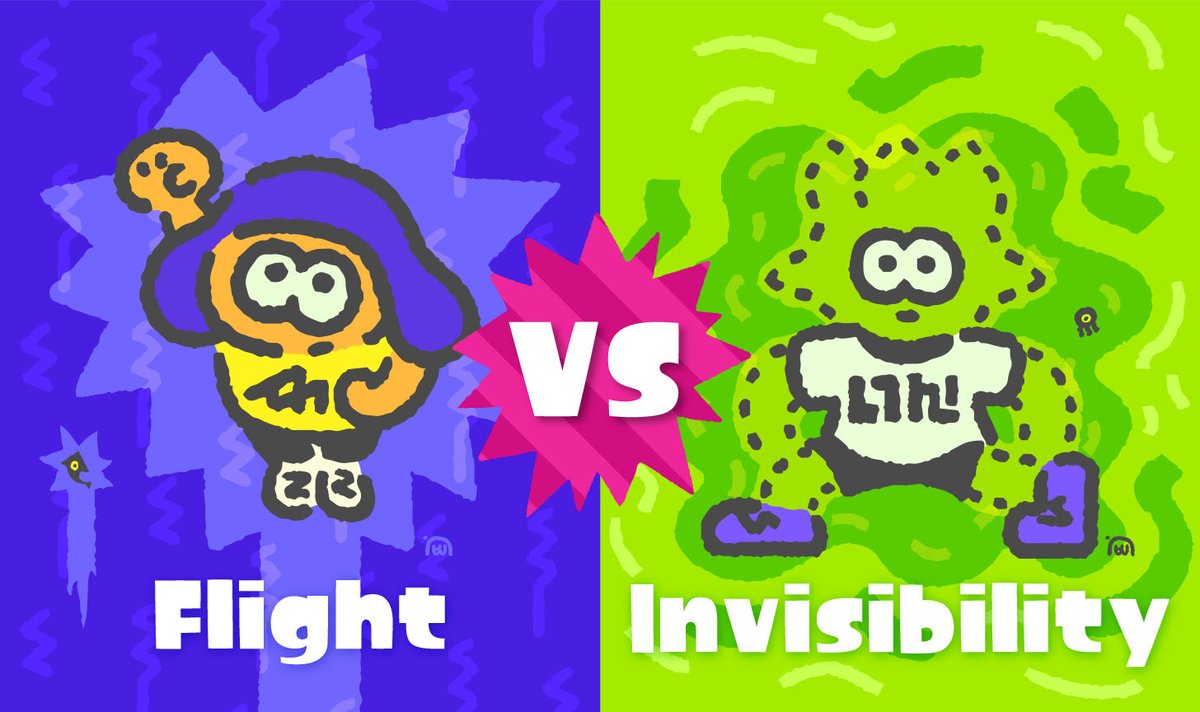