Those still looking for a Nintendo Switch will get the chance to get their hands on one in September as part of an official bundle. The Nintendo Switch Splatoon 2 Bundle hits North America on September 8 for $379.99, but will only be available through Wal-Mart. The bundle comes with a 32GB black Nintendo Switch, a download code for Splatoon 2, a carrying case, and, for the first time in North America, Neon Pink and Neon Green Joy-Cons.

“Consumers in Japan and Europe have already had a strong response to Splatoon 2 bundles in their territories,” said Doug Bowser, Nintendo of America’s Senior Vice President of Sales and Marketing. “This exclusive Walmart bundle gives people who have been waiting to buy a Nintendo Switch a great value and incentive to get splatting.” 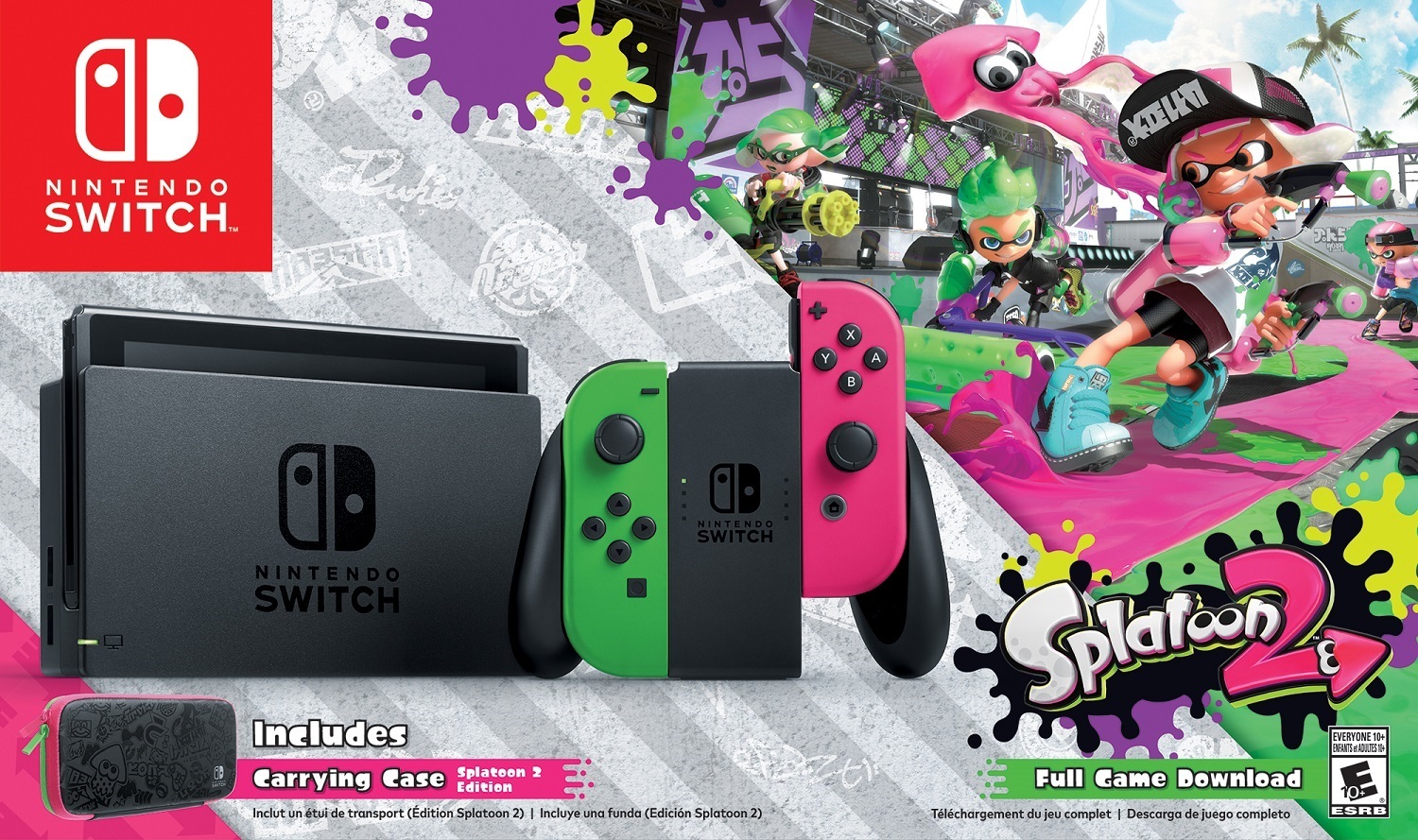 Nintendo also revealed the topic of it’s next Splatfest, which those who purchase the bundle weirdly won’t be able to participate in. Running September 1-2, players will choose which superpower they would prefer, flight or invisibility, and then fight alongside like-minded players in Turf War battles.

Splatoon 2 is out now on Nintendo Switch. Be sure to check your local Wal-Mart on September 8 to pick up the Splatoon 2 bundle.