It’s been an excellent year for games. If 2016 was something special, then 2017 is the beez neez. It’s been hot out there and the good games just keep on rolling in. Q3 has fed a steady supply of excellent games, many of those indie titles, but as Q3 comes to a close the year is coming to a head. The big games are coming out to play, and many will take a lot of people’s time (which is a good thing). It’s also a time to not forget the many indie titles that have been coming out. There are so many back to back it’s been hard to keep up, giving even more agency to not missing out on some great games before time gets sucked away by the likes of Uncharted: The Lost Legacy, Madden NFL 18, Destiny 2, Dishonored: Death of the Outsider and the list goes on. Below will be just a few games that are worth it.

From developer House Marque, Nex Machina is classic twin stick shooter that screams style. House Marque is known for making classic arcade style games with a new coat of modern video game. Nex Machina is no exception. The story is simple enough, being a lone biker wandering through humanity that is all but dead to the world, being constantly plugged in to the subservient technology created for themselves. 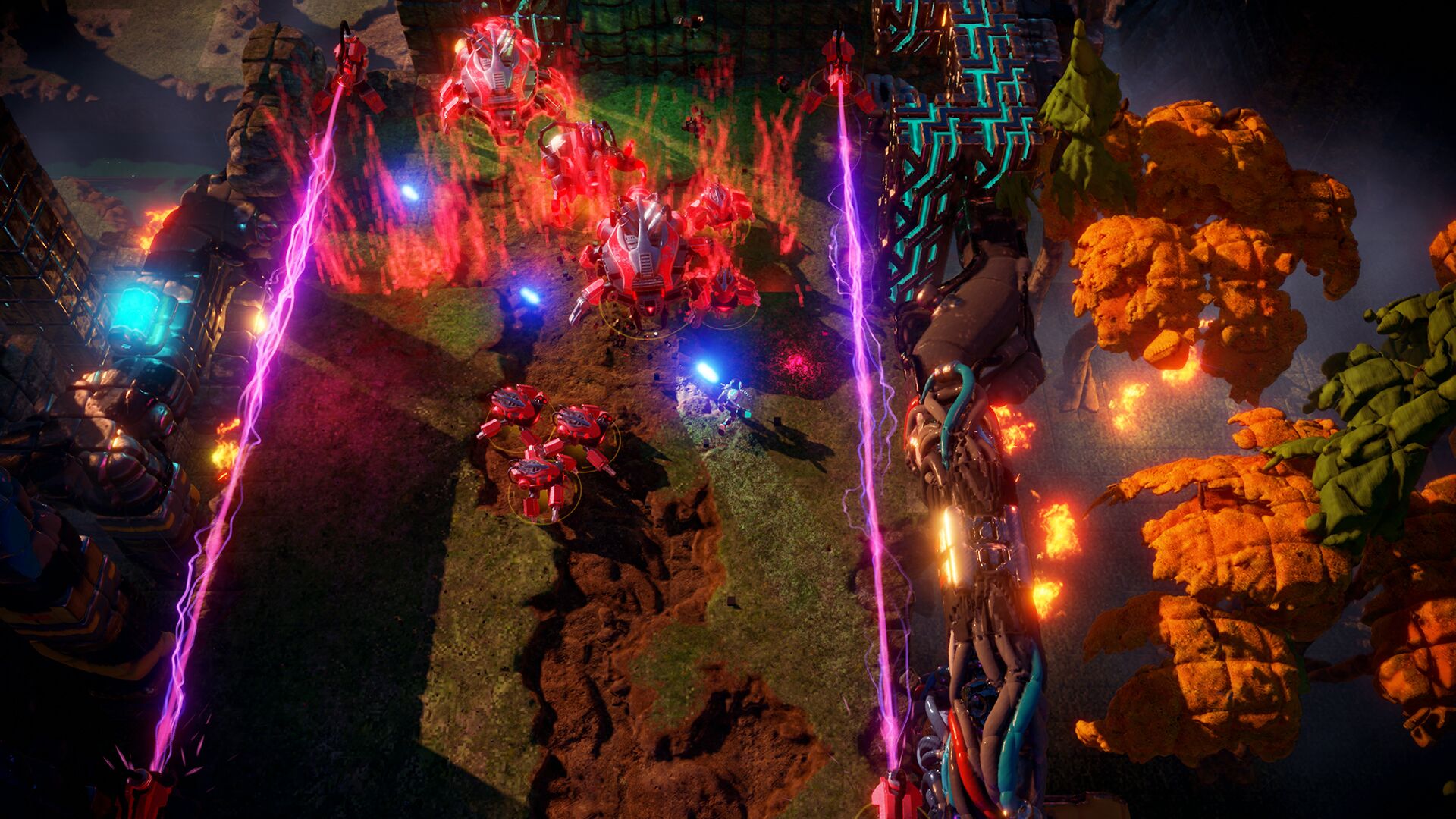 So, where does a lone biker come in? Well someone’s got kill all the blood thirsty robots that humanity is oblivious to. It’s a rough world out there and the robo threat needs to be eliminated. Luckily there’s no shortage of robots or shooting! Anything and everything is a target in Nex Machina and that means shooting all of it to hell and back. Soaking in a neo tech color palate while blasting robots has never been more fun.

Hold please, currently starring out a window dreaming of the man I want to be with. He’s out there somewhere, maybe in a cul-de-sac surrounded by other gorgeous men? Dream Daddy is probably the sweetest game to come out this year (much needed). Developed by Game Grumps of all people, Dream Daddy came out of left field and hit hard, the community had their eye on it and it stuck the landing. Dream Daddy is not only a fantastic Dad dating simulator, but touches on something even more important, being human. 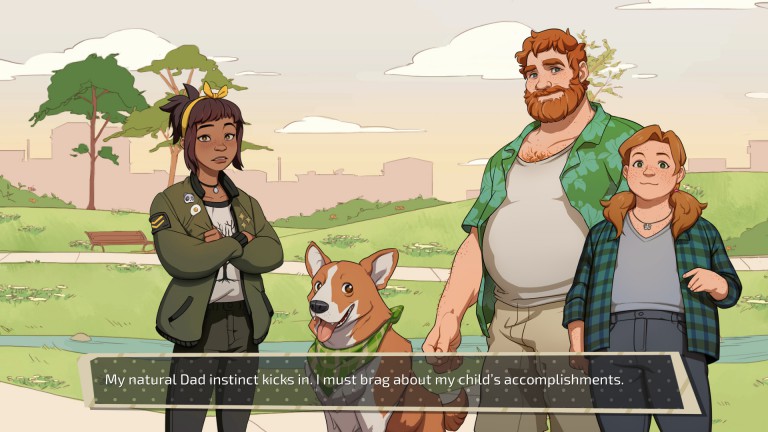 Not getting to philosophical, Dream Daddy is a wonderful culmination of representing a group of people, because of its queer nature it can embrace focusing on those people. The datable dads in Dream Daddy are all quite unique, backed by exceptional characterization with subtly to match. The scenes that play out are all wonderful, even the tough ones and show that no one is perfect but all one can do is try.

Lastly the story is great too, being the new dad on the block with an eighteen-year-old can seem tough, but parenting is never easy, is it? Dream Daddy hits all its points effortlessly. If looking for something to brighten the day, this is the game.

Third game from developer Super Giant, Pyre is a literal bonfire for everything Super Giant has learned over the years. Pyre is somewhat of a unique game, being that it’s high fantasy (Super Giant’s version) mixed with a sports game. It sounds like an odd combo at first, but once the journey through the Downside begins, it’s hard to put the controller down. 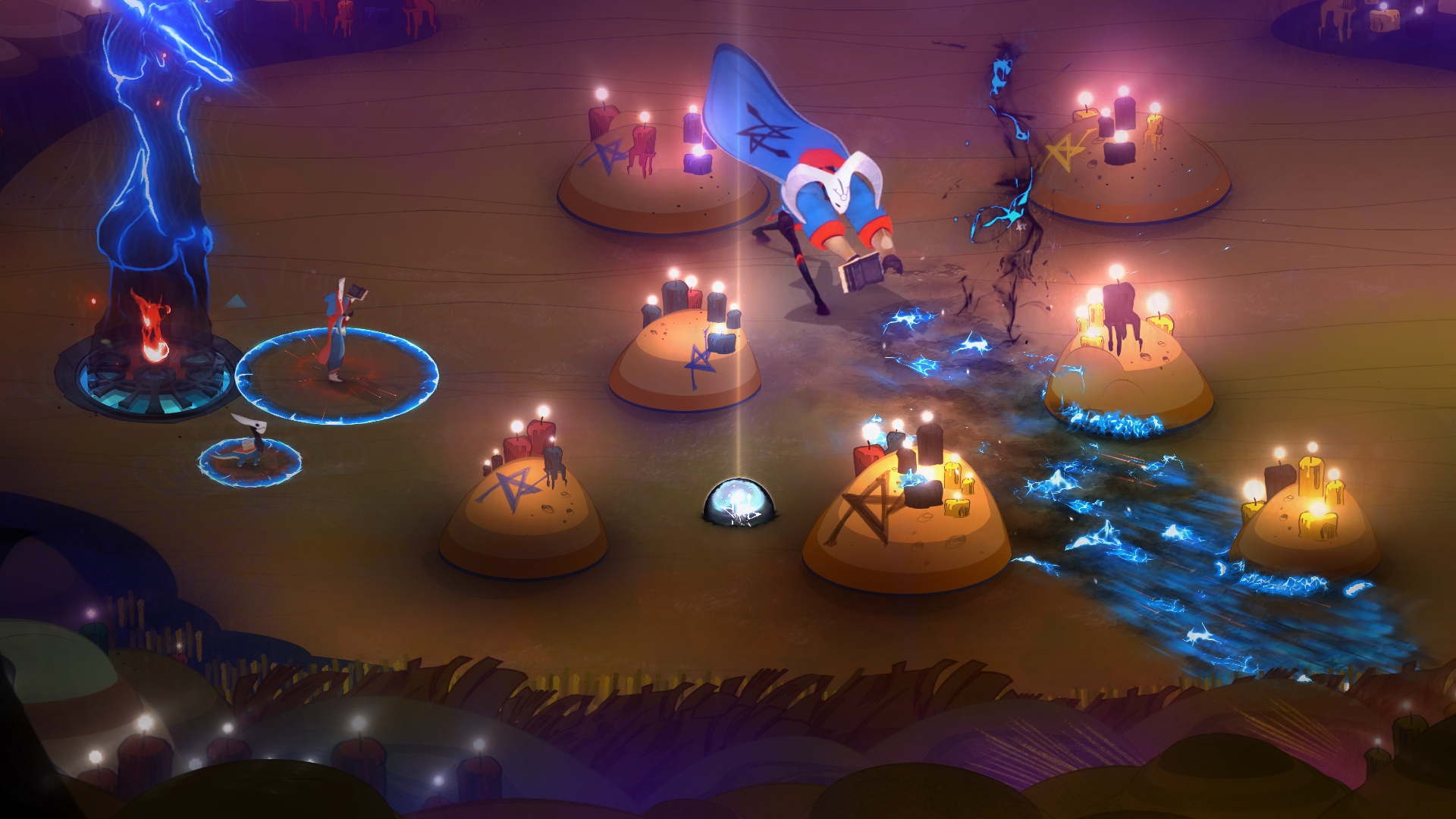 Pyre is a narrative driven storytelling game — there is literally a book and the player is called The Reader — but it’s also that sports game mentioned, specifically a version of fantasy basketball. The player’s job (as The Reader) is to guide a band of misfits who have been banished to the Downside from the Commonwealth and play the game known as The Rite to regain their freedom. What’s the catch? Only one may regain their freedom per-season.

Pyre has immense replayability, seeing as the single goal is to free every player on your team. It also creates a unique situation: which character goes at the end of the season? It’s a tough choice and with teams of 3v3 it’s easy to see why it’s nerve-racking in a great way. With excellent writing (I was laughing aloud at parts) and drop-dead gorgeous visuals, this is another game that breathes style. Its visually stunning color palate is one of the many reasons to keep coming back, a hand-drawn world that is accompanied with easy to pick out narrative backdrop. Stoke the flame, the Pyre is waiting.

Coming upon ancient ruins leads to two things, either sweet treasure or something so evil it should never be unearthed again, sometimes both. This is Sundered, from developer Thunder Lotus. Sundered is pure metroidvania with horde like tendencies. Heavy tendencies. 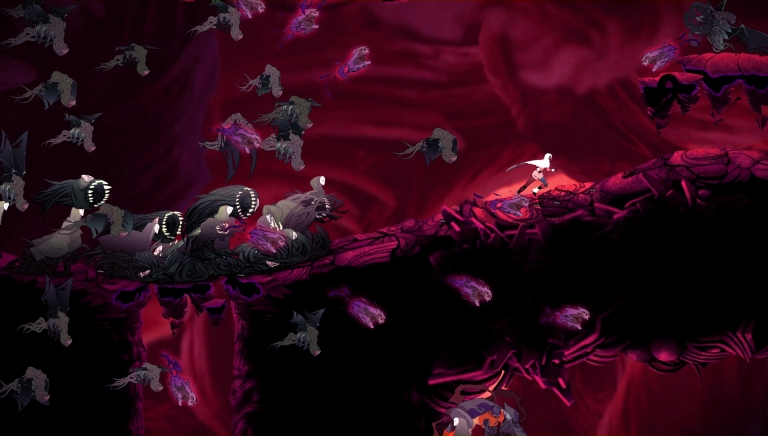 Anyone familiar with a metroidvania will be able to pick this up no problem. The only difficulty they might encounter is the legions of eldritch horrors out to absolutely destroy the wanderer Eshe. It can be a bit overwhelming especially in the early stages, but once the skill tree (which looks amazing) is fully blown out and Eshe has a few powers under her belt, cutting through the hordes is easy as pie. The boss battles are epic, it’s just one more knock for visually stunning games; the entire thing being hand-drawn and kick butt all around.

Sundered is a blast to play and has a pretty fun story to match. Who doesn’t love a malevolent god every now and then? If eldritch horror gets under the skin in a good way, or if you’re a fan of weird Lovecraft blended with some sci-fi matched only by intense metroidvania action, this might be the game that’s been calling out from that deep dark place.

Last but not least, the recently released Tacoma. The latest game from developer Fullbright, Tacoma is a must play if looking for a strictly narrative driven game. Tacoma takes place in the far-near (oxymoron, don’t care) future where the player is placed aboard a space-station and will unearth the lives of the crew that lived aboard said station. 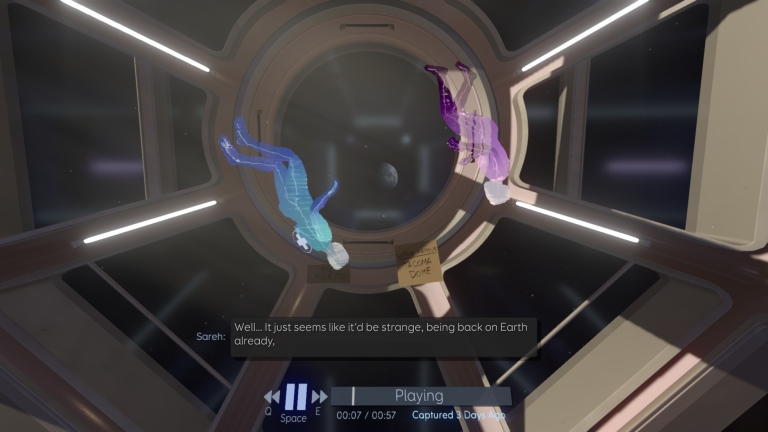 Gone Home was a knock out of the park for superb storytelling for narrative-adventure games (not calling it walking-sim) and Fullbright has only improved upon what Gone Home did. Everything in the station can and should be interacted with. Unraveling who the people aboard the station where while also watching pivotal moments on the station play out. The AI aboard the station was kind enough to record silhouettes of the crew as they went about their daily lives. It’s a fantastic way to tell a story and is a bit more visually appealing than Gone Home. Even if the scenes playing out are just colorful silhouettes, the voice acting is exceptional and the crew easy enough to distinguish.

Tacoma proves that narrative-adventure games aren’t going anywhere anytime soon and why should they? It will be exciting to see what Fullbright does next, for now though Tacoma is just right for feeding that narrative itch. The shortest game on the list, if not a lot of time is on hand, Tacoma might be the perfect game. An excellent story that won’t take any time at all while making the player feel accomplished. The frontier awaits.

And there it is, a small list of indie games that shouldn’t be passed on. There is something for everyone, and with many of these coming out one on top of the other, it’s easy to see why things can get lost in the mix. So find some time for these great games before the season gets heavy with the big ones. Play on, player.