The Metroid series is a long-beloved Nintendo classic, but it hasn’t seen a entry into a proper 2D environment in over ten years. While the Prime and other 3D games were a great direction for the series to go, the 2D games have remained just as popular years after their release. Metroid: Samus Returns breaks the long hiatus by bringing players back to the series’ roots while also trying brand new ideas that make the series even more welcoming to newer and more hardcore players.

Samus Returns is a complete re-imagining of the second entry into the Metroid series and an upgrade the title quite needed after so many years. The original Game Boy version of Metroid II was limited by the handheld. One such flaw was the small screen size which made the large exploration-based game feel more cramped than the first title. Samus Returns changes much of this and even goes so far to redo the original map to make it more appropriate for playing with a more fitting setting. Despite still being considered one of the key entries into the franchise, Metroid: Samus Returns takes it to the next level with how it improves upon its predecessor. 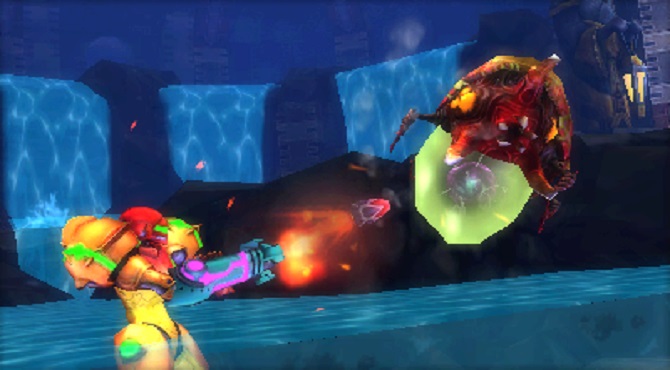 While the core goal of exterminating the metroid of this re-imagined title has remained the same, there are more new ways than ever for players to execute these tasks. In addition to some brand new types of enemies, Samus is given access to brand new aeion abilities to help her get around. Some of these are more on the passive side, such as helping Samus find blocks that can be destroyed, while others grant her defense abilities like an electric shield to defend from enemies while also dealing damage. The length in which Samus can use these abilities is determined by how much aeion energy she has stored, as using the abilities depletes it over time. While the aeion abilities aren’t required to progress gameplay as far as we know, they add more unique ways for players to explore and fight while traversing the depths of the metroid home planet.

Aside from graphical updates, Samus Returns manages to add in even more new ways for players to enjoy their journey to fight off the metroid menace. When strong abilities alone aren’t enough, Samus can now use a counter attack on her enemies to get ahead. If timed right, a counter attack will allow Samus to stun her enemies and get in some additional hits. She is even able to pull these counters off on some of the stronger enemies, making it useful to master. There is also a huge upgrade to aiming in Samus Returns, giving players a laser sight that turns red when aimed at enemies to help more accurately shoot. 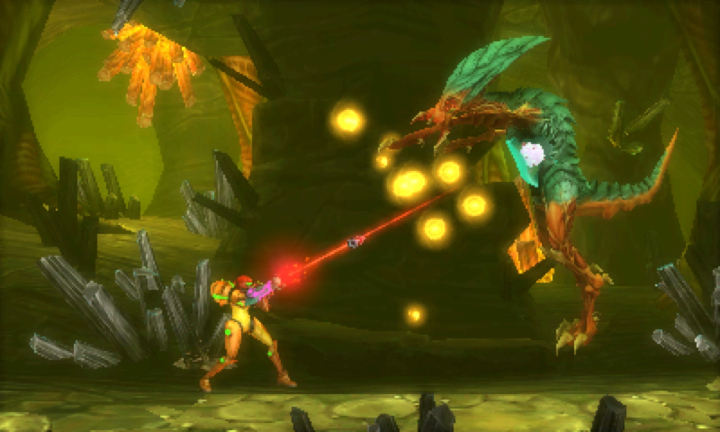 Nintendo has long neglected the core Metroid series and left fans wanting to jump back into that world again. While the new Prime 3D title in the works has fans extremely excited, players now have time to fully immerse themselves in the classic 2D exploration that became half the namesake of an entire genre of gaming. Things may have changed, but Metroid does best when challenging players to master the basics of what made the series what it is today, while also bringing in brand new twists to make it stand apart from the others. Players will be able to take control of Samus in her big return to 2D on September 15.