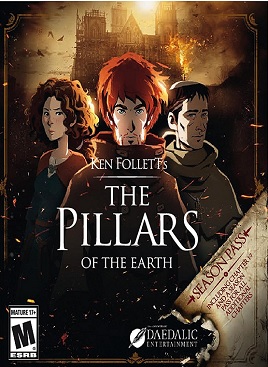 Ken Follett’s The Pillars of the Earth

Telltale’s The Walking Dead truly opened the door for storytelling in games. The episodic series almost completely eschewed puzzles and challenge in favor of raw narrative. The formula has paid off for them through the years and across multiple franchises, and other developers have taken notice. That brings us to Daedalic Entertainment’s Ken Follett’s The Pillars of the Earth. The massive tome has been adapted into a television miniseries as well as a board game, so it seems natural to make the jump to a story-focused adventure game. On the other hand, it’s a sprawling tale set in medieval times, focusing on Catholic politics and architecture with the end goal of building a magnificent cathedral. So, it’s not a subject that makes for the typical fare found in interactive entertainment. In fact, when first booting it up, my wife noticed the name and said “Oh! I read this book last year.” Then the title screen appeared. “Wait. This is a video game?”

Indeed it is a video game, one that hews closely to the story in the book. Across multiple chapters, players control one of three different characters. There’s Jack, a child raised by an outlaw woman who slowly grows his skills to be a master builder, Philip, a monk that finds himself thrust into running the priory of Kingsgate, and Aliena, a noblewoman who has fallen from grace. At no point do any of these characters crush the skull of a foe with a giant hammer and utter a witticism (“Ave Maria, baby”). Instead, this is a very adult game telling an adult story for real actual grownups. One doesn’t see that too often. This could be to the detriment for some folks, as the material can be quite dry at times. It remains high in drama, though. For example, the opening is a tragic child birth that doesn’t end well for the mother.

To state that it sticks to the book is a bit dishonest. Why would one want to play the game if they’ve already read the book if that were the case? There are plenty of times where players can diverge from the original via specific choices presented throughout the story. In fact, the number of options available at a given time is reduced when compared to Telltale’s offerings, as the path of the story can become very different and the studio has to keep things somewhat in check to get players where they need to go. This lends itself to more of a feeling of narrative control for the player, with each chapter giving a breakdown of player chosen story points, giving rise to the feeling of just how different things could have gone. 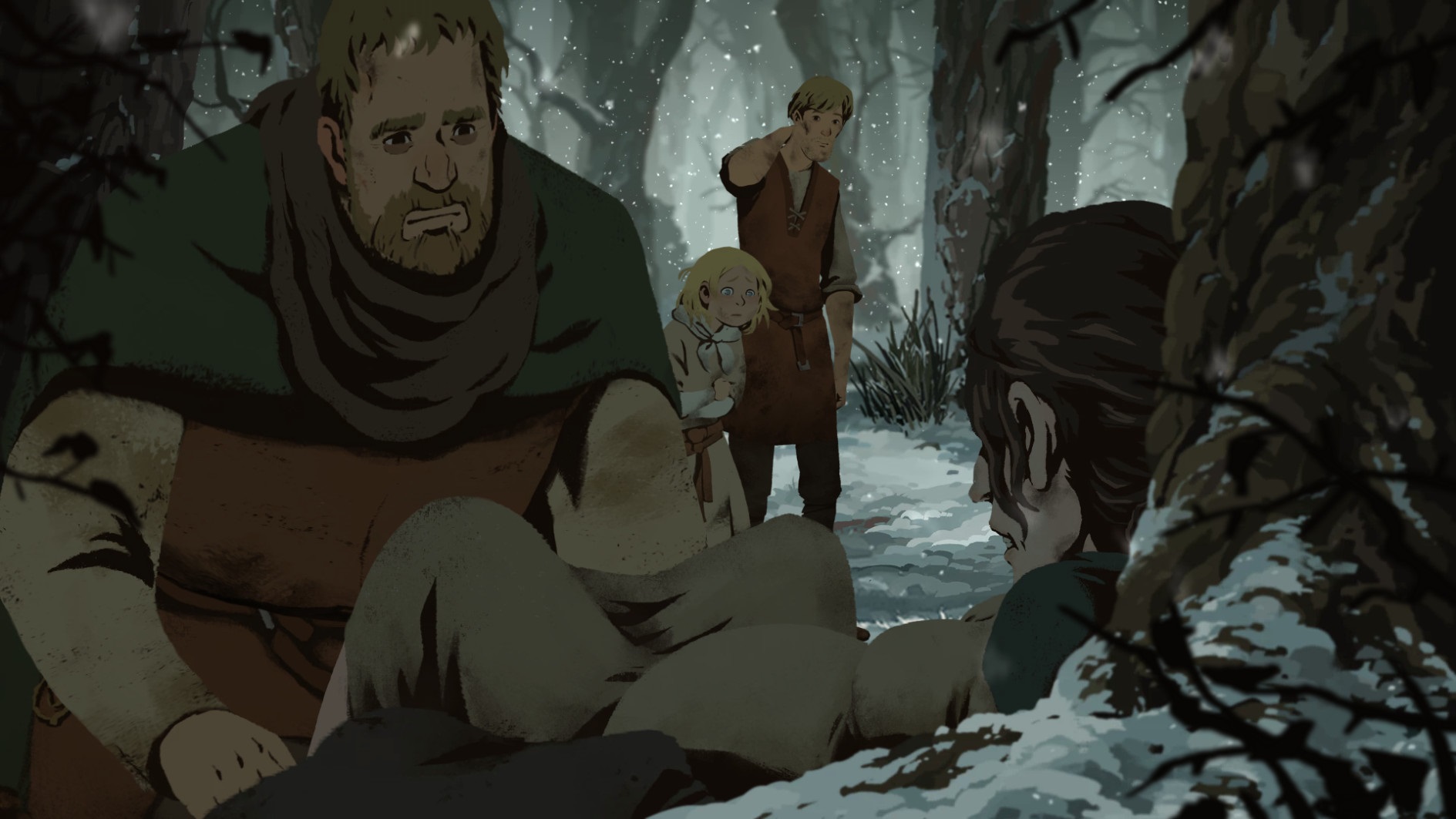 This is all brought to life with a very interesting art style. The character models and animations have the feeling of a 70’s or early 80’s adult cartoons, meaning that there is an artistic vision but the flow of movement feels a bit off. When watching it, it simply feels like there are frames of animation missing. The easiest way to describe it is by comparing it to Heavy Metal. There’s a style, but corners were cut. This actually isn’t intended to be a criticism for the game. The appearance is that this was a conscious choice made by Daedalic. It is effective in that it does evoke the feeling of watching something that was animated for grown ups, though this could be entirely because of my movie intake as a 90’s teenager attempting to be “edgy.” Either way, the backgrounds and characters are well designed, making the game a joy to behold.

The one complaint to be found is in the plodding pacing. There are times when the player must meander from place to place to speak to different individuals or find different items to progress the story. Even when holding down the button to move faster, this process can take f-o-r-e-v-e-r, making certain sections feel like a chore and pulling the player out of the story. Even amongst the smaller environments of each chapter, it can be tempting to just put the controller down and do something else. While the game is meant to be more methodical and mature in its narrative, a fast travel option is desperately needed. Having not read the book, I cannot say for certain, but I highly doubt each conversation was broken up with two pages describing “one foot after the other.” (Wife’s note: it wasn’t.) It’s not a deal breaker, but it gets close. Were the game based more around environmental exploration, this wouldn’t be an issue. 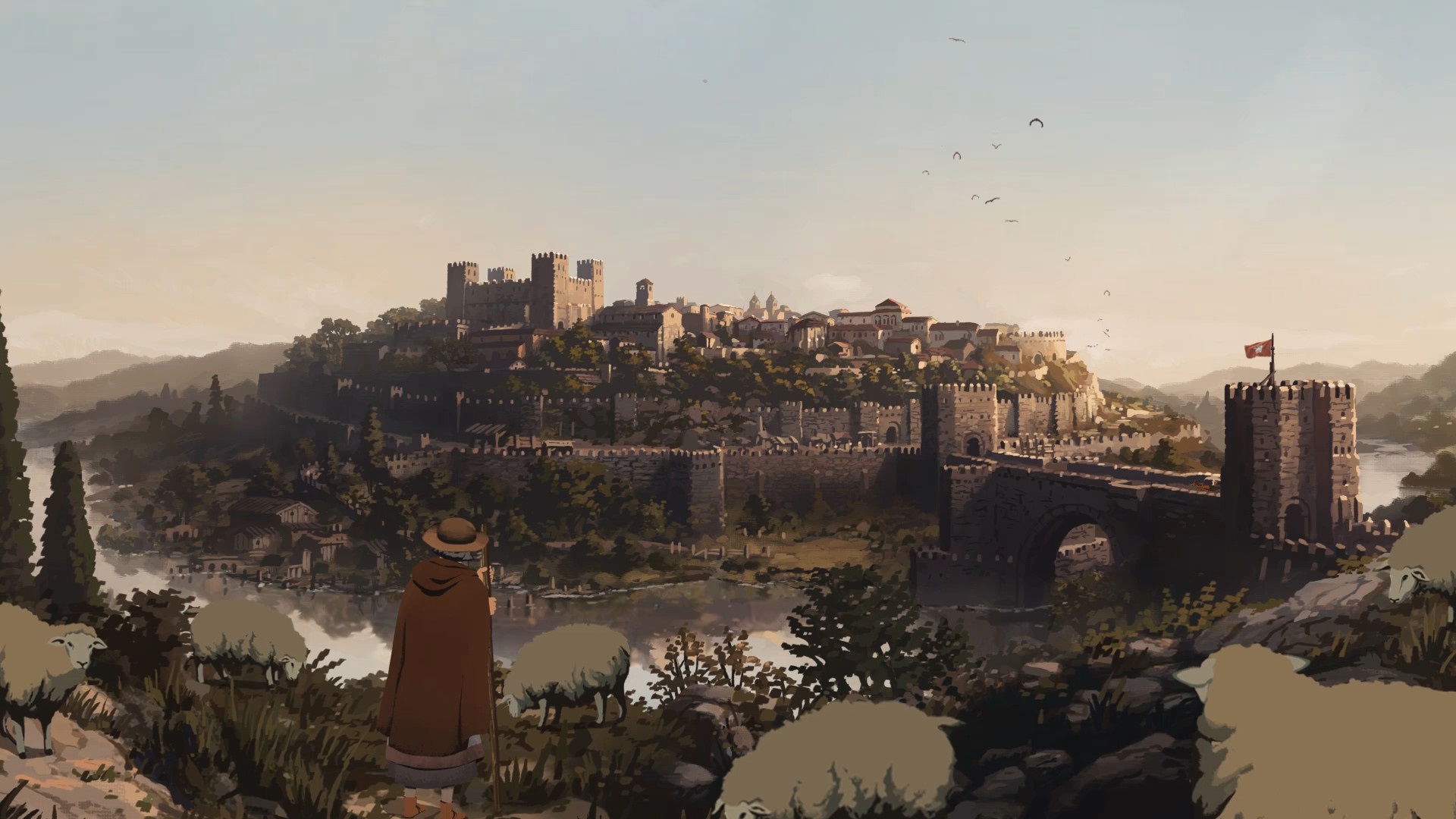 While the slow movement speed drags things out, Ken Follett’s The Pillars of the Earth is a must-play for anyone wanting a game to tell a narrative that doesn’t talk down to the player. Think Masterpiece Theater instead of Guardians of the Galaxy. Both are interesting in a different way, but The Pillars of the Earth engages with players in a way that one would not expect from the medium, even at this point in time. The stylistic animation brings everything to life in an interesting way and there is a sense of control for the player to explore. This is an interesting experiment in subject matter and execution that is worth the time investment. The current package is only the first seven chapters, but seeing how it plays out should be intriguing.