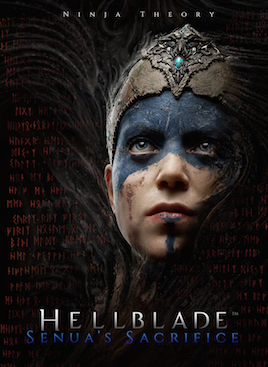 Few would argue gameplay shouldn’t stand as the utmost priority for any game. Standing above everything else — no matter how grand its remaining features may be — it’s how much input the player has and how it’s balanced alongside its many other facets that will ultimately shape one’s experience. For the majority of occasions, gameplay is the medium’s biggest and most important selling point. So it’s only natural for something like Hellblade: Senua’s Sacrifice — Ninja Theory’s long-awaited proper follow-up to their Devil May Cry reboot — to come along and completely mess with the pre-established line of thinking.

Let’s get this out of the way relatively early on: Hellblade is predominantly narrative-focused. A game that has its sights firmly set on sketching out a story, as much painting in-between such lines with a tale that is equal parts direct as it is open to interpretation. As a consequence, put kindly, it takes a fair few liberties with the total amount of gameplay it actually offers over its [average] ten hour run-time. Snatching control away from the player to offer but one more scripted and (despite it sounding more and more like a dysphemism) cinematic moment in telling the tale of the titular Senua and her personal journey-come-struggle with a slew of traumatic experiences as well as her own mental state. In another time, this might have proved detrimental to the game’s final product — another worrying sign of modern-day AAA production veering a little too far into artistic lust.

The fact that this is one of those single playthrough experiences, with next-to-no replayability outside of finding all the runes disguising audio log-styled tales of Norse mythology, will only add to what you might suspect is some inevitable assumption that Ninja Theory’s efforts — as valiant as they are in tackling the relevant subject matter of mental health — are ultimately a dud. Far from it; as someone who is often vitriolic towards this most recent of trends of forgetting entirely about the person whose hands are clasped around a controller, while Hellblade does fall victim to a little over-indulgence from time to time (cutscenes rattling on a little too much or gameplay feeling almost seconary to everything taking place), there’s a well-executed narrative, that,despite standing center stage, makes the experience worthwhile. 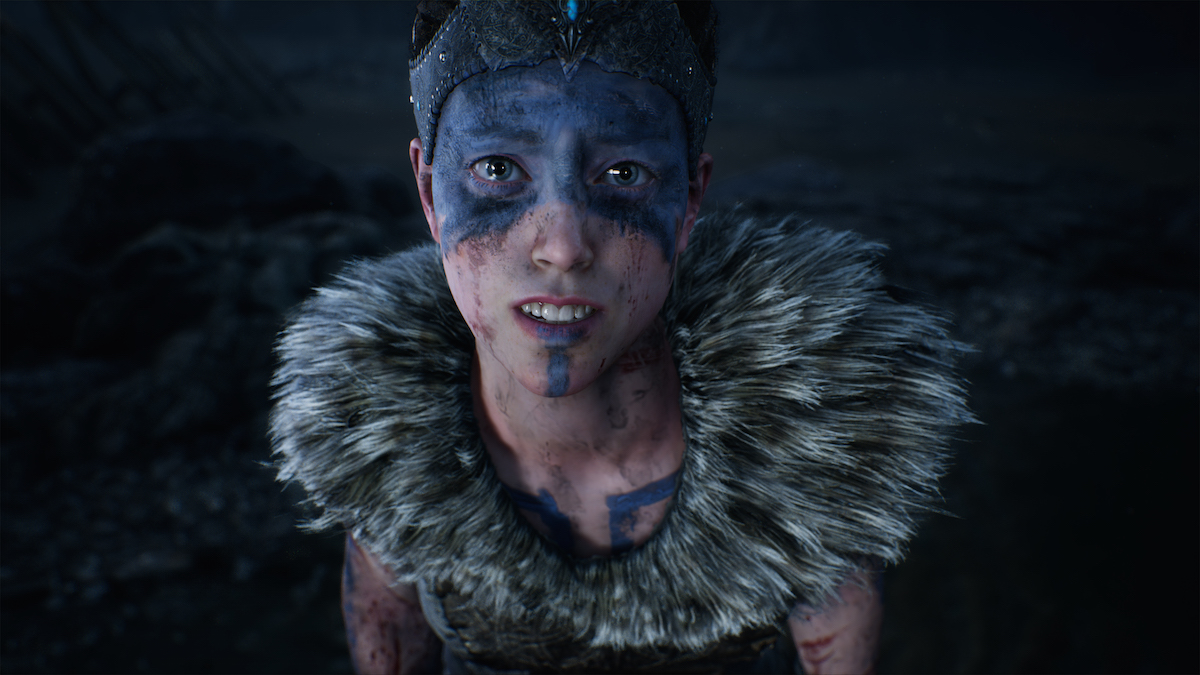 A lot of this is down to its technical aspects and it goes without saying that even with the likes of Battlefield and Horizon: Zero Dawn showing how far character animation and motion capture has progressed, Hellblade will unquestionably stand equal (perhaps trump) even these most recent achievements. As a result, the most effective moments during the game’s tale are in its most visually-quiet set-pieces, when Senua herself (in all the tribulation and unsettling sways of emotion and perception) is the focus and the most minute of details or revealing of emotions or expressions pertaining to her mental state — whether it’s being cautiously shy at meeting someone new in one scene or spiralling into severe depression the next — can be so clearly felt and shown as genuine. Though its script may throw up a questionable line of dialogue now and again — the overuse of “the darkness” emanating a few too many Bungie/Destiny memories — the performances from the game’s small but focused cast only adds to the authenticity and empathy of the situation, despite its supernatural or otherwise non-realistic backdrop.

Yet despite the game’s crowning glory on aspects such as its technical feats and particularly introspective form of story-telling, the gameplay offered up while not terrible, doesn’t quite prove as memorable as its animation. On this front, Hellblade is for the most part all about exploring enclosed regions in which the player is required to scout out runes that in turn unlock the next door or gate blocking one’s way. This is accomplished by finding the right perspective and angle in order to make objects in the environment form the desired shape a la The Witness‘ environmental puzzles but it’s here where the game unfortunately falters and temporarily devolves into rather mediocre and shallow gameplay involvement. While some runes require a little back-tracking from time to time, the overall execution still feels relatively basic, lacking any worthwhile investment beyond finding the right gate to pass through or working out the link between a light and dark-themed environment. In the long-run, they come across as mere attempts to artificially lengthen the game’s run-time and as such, the perception that said puzzles feel less a priority from Ninja Theory’s perspective, can sadly not be shaken off. 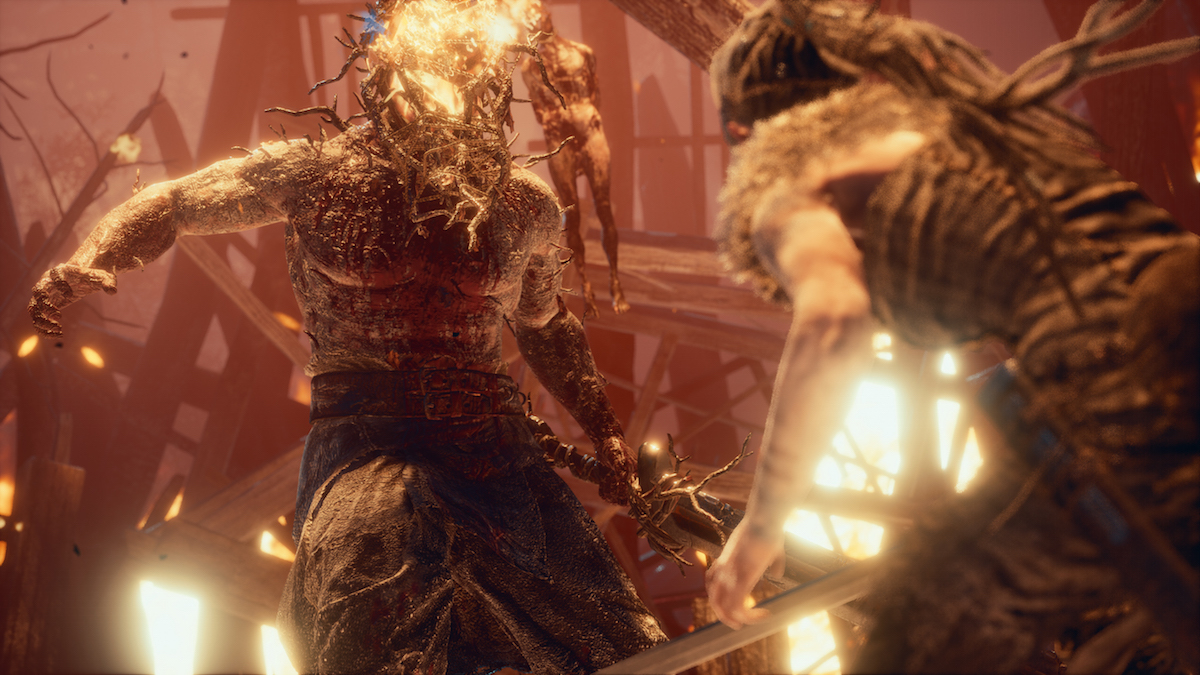 One of the more interesting gameplay mechanics by contrast — though still played out in small, isolated bursts — is the combat. Admittedly the only real proof of the game’s “hack-and-slash” association, wherein players [un]knowingly step into more spacious arena-styled areas and are required to take down a series of faceless, hulking warriors (or in the case of boss battles, enemies with varying form of attack) in order to proceed. At this point the game switches from its regular third-person perspective to an almost second-person, behind-the-shoulder For Honor-esque one-on-one duel. And while appearing slow at first, Hellblade‘s grounded approach to combat is executed surprisingly well. Not only do Senua’s strikes — as basic the control scheme might be with its simple assortment of light, heavy and melee-based attacks — carry significant weight to them, but the way these segments feel almost turn-based, all the while maintaining their free-flowing, real-time nature — the decision to attack/block/counter/evade — emphasises the importance in decision-making as opposed to wildly spamming attacks, only to find one’s self hit the ground by way of an enemy’s more tactically-sound approach. Coming to light even more during the game’s closing segments when one can end up surrounded or overwhelmed by a dozen foes at one given time.

There is of course some accompaniment — which substitutes for the completely devoid presence of tutorials or button prompts — by way of the many voices that play out in Senua’s head throughout the course of the game and in fact make good use of audible space, least when headphones are used. Where some voices will provide subtle or otherwise non-subtle (“focus on this”/”evade now” to paraphrase) hints, others may play tricks or lie or simply mock you for not working something out. While not as impressive or as palpable as other gameplay elements, they do at least add color to Senua’s presence as a character/protagonist — furthering the surreal and at times disorientating flux the game takes in order to progress the story. In relation, the experimental use of multiple perspectives, angling and otherwise cinematographic techniques keeps the majority of its cutscenes intriguing if not fundamentally desired. 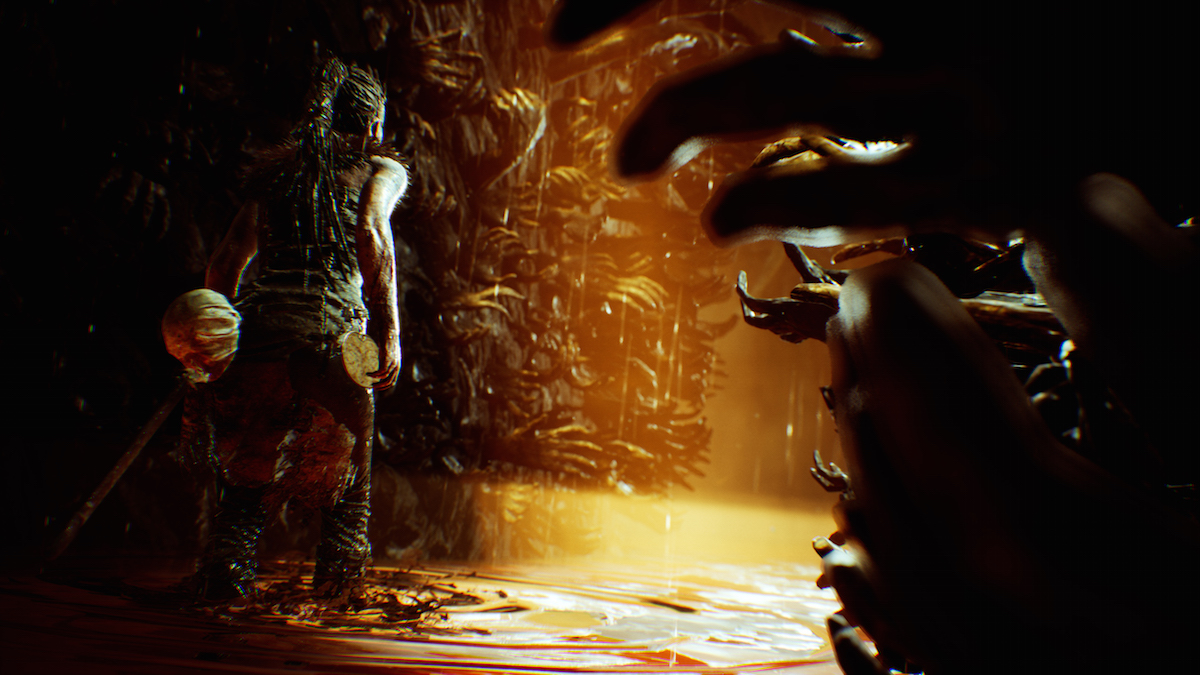 For all the warranted concern of AAA developers veering too far from gameplay into pure cinematic awe, there’s no denying Ninja Theory’s narrative depiction of mental health is an infectious one — the type of narrative that has been long overdue in this industry. Helped significantly by the heights of its technical graphics and the emphatic performance of its cast. While the slower, methodical take on combat is welcome despite its compartmented presence, the otherwise lack of interesting puzzles or anything pertaining to organic gameplay stops Hellblade: Senua’s Sacrifice short of achieving true glory. Odd as it may sound to recommend a game moreso on its story, Ninja Theory’s latest is an interesting, if flawed, entrant.