Finding single player games that can be enjoyed by two people is not always the easiest endeavor. Someone who has limited experience or an excess of apathy toward video games will not be impressed by a speed run of Simon’s Quest or taking on Kefka in Final Fantasy VI with a party composed entirely of imps, though taking on Zeromus with Cecil, Edge and Kain as pigs did generate some laughter. Perhaps in the future one of these will be a guide on how to amuse one’s significant other by doing stupid stuff in games, but I found a more practical solution this month.

The first game we played together is Life is Strange, the episodic adventure that is banned from all MMA tournaments for the tendency to hit you in the feels, which is an illegal move in all sanctioned fights. Life is Strange depicts events that happen during October of Maxine Caufield’s senior year of high school, and like in The Walking Dead, the choices Max made were done collaboratively between us. This particular week happens to include all the rotten drama that comes with high school, such as drama from questionable photographs from parties, stuck up rich know it all classmates, suicides and accidental homicides. This is where I would like to take a time out for a public service announcement and tell all the under eighten readers that anyone who tells you high school is the best four years of life is LYING. Life gets exponentially better after high school.

The events in Life is Strange are fairly realistic despite the brief time period they all occur in and that Max has the ability to retroactively change these events by rewinding time. This can accomplish some minor changes in how a character might react to you to preventing someone from dying. This makes the narrative more interesting now just because there is probably no one alive who has not wanted this ability at some point in their life. There is limitless potential for the amount of what could be accomplished by being able to repeat events while being able to act differently based on knowledge of the outcome. 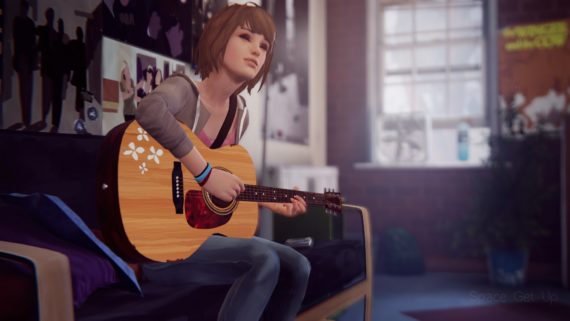 This led to the inevitable discussion on what things would be done differently in our own lives. We’ve all done our share of stupid things and it would be nice if we could erase them, but as I thought about it some of the more regrettable things I’ve done I would have kept the same. It’s not because I’m proud of them by any means, and I wouldn’t share them in here. Some of those events and bad decisions led to better things or made me a better person by experiencing something I didn’t want to be. It’s an interesting train of thought to travel down, though I’m sure many readers have already had similar conversations to that.

The next game I decided to share with Wanda was one that was always dier to my heart, and that is Nier. This was actually a Christmas present from Wanda a few years ago after I learned about it on some clickbait article listing obscure RPGs worth playing. She didn’t know much about the game, aside from the fact I found it amusing and occasionally reference it in other articles. She is familiar with the soundtrack, since when we’d go on roadtrips songs like Cold Steel Coffin would sometimes pop up between Avatar and Silke Bischoff on my very confused iPod. 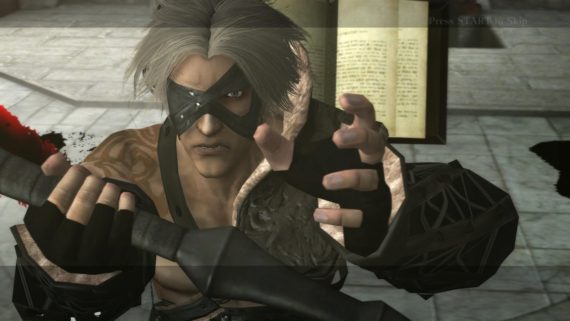 The soundtrack to Nier is indeed one of its highlights. The music relies heavily on the use of vocals, which is more commonly used in original game soundtracks than it once was it still is not the norm and not to the extent Nier uses them. Most of the music has an underlying sadness to it that is even present in the more upbeat tunes and during moments of action. The vocals sound like they could be venturing into glossolalia territory, though truthfully I have no idea what is being said in the songs. I have read in interviews that direction was given to sing in French of Gaelic, but imagine what the language would sound like 1,000 years in the future and includes made up words. This actually works in the song’s favor for a few reasons. One of which is an opinion that for the atmosphere of the game intelligible lyrics would be a distraction and this approach allows Emi Evans’ beautiful voice to be heard like another instrument. Another reason is Nier takes place in a future dystopia that is so far removed from our world that adding language that is indecipherable helps establish the disconnect between our world and Nier’s world.

An aspect that makes Nier enjoyable with people is how humor is injected in this bleak world. Nier’s daughter is afflicted with this terrible disease called the black scrawl and his mission is naturally to find a way to cure her at any cost. The humor is almost necessary to keep the act of playing Nier from becoming as depressing as being Nier must be, which is primarily provided by the stuffy talking book Grimoire Weiss and the foul mouthed Kainé who clearly hate each other. Wanda and I don’t sound like them when we talk. Yet. 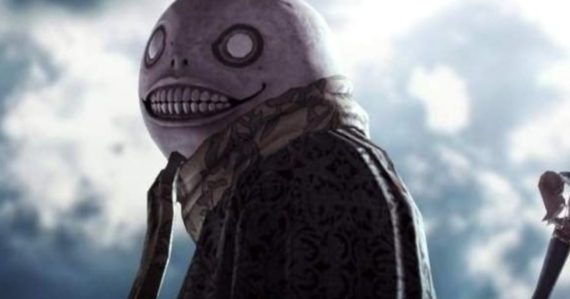 Watching me hack the endless swarm of yellow shades to death didn’t exactly hold her interest, but Emil’s transformation did appeal to both us on a visual level since we enjoy older Tim Burton films. I did catch her laughing at some of the bickering between my party members, and she did enjoy music, but being a fan of Cocteau Twins it’s no surprise she likes songs with made up words. She tended to play with her phone during a lot of the main gameplay, but during boss fights and dialog sequences she tended to perk up, whether they were comedic bantering or serious story advancement. While not the most critically acclaimed game of the past decade, Nier is something I always enjoyed and this seemed to be an effective way to share the parts of I had the greatest attachment to with a non gamer.