Puuba’s The Metronomicon garnered quite a bit of praise around these parts when it released on PC. The inventive melding of RPG mechanics with rhythm action made for a heady cocktail that required multiple glasses before we even came close to drinking our fill. It was so good that it was only natural that it would be brought over to consoles, which is what has just released. The developer didn’t just rest on their laurels, though, instead going to work on expanding and improving the entire game. While the improvements are vastly appreciated, doing a fresh review on this new edition, The Metronomicon: Slay the Dance Floor would end up reading too much like our original. Instead, let’s discuss what this updated version pulls off.

Fans of Rock Band will tell you that the game achieves perfection when shared with friends. This is why the lack of multiplayer in Rock Band Blitz was somewhat baffling. Puuba shows how it’s done with the addition here. Now the game can be social, with cooperative strategizing regarding when to trigger certain spells and who gets to control what character. The chaos of adding another person to the mix magnifies the elation of passing a song on a harder difficulty level, as there was someone present to witness it. As a bonus, it became easier to check the elemental affinity of an enemy without missing a note. As players can select their own difficulty level, there is no reason not to share multiplayer with someone with whom you wish to start an argument after plunking a boss fight.

While going through the story mode is a ton of fun, the Challenge Mode remains the best mode. Asking players to do things like play defense for an entire song, or rack up a specific score, this mode was incredibly addictive, especially as it yields rewards such as high powered equipment and “Street Cred” for unlocking additional features. Having improved balancing and getting a bunch more is just awesome.

Okay, to be honest, I tend not to notice the effects of these as much as I am concentrating on the notes and deciding which spell to trigger. Still, having new abilities that go off automatically whenever the player hits a predetermined note streak adds an advantage that probably pulled me out of a couple of tough spots already. 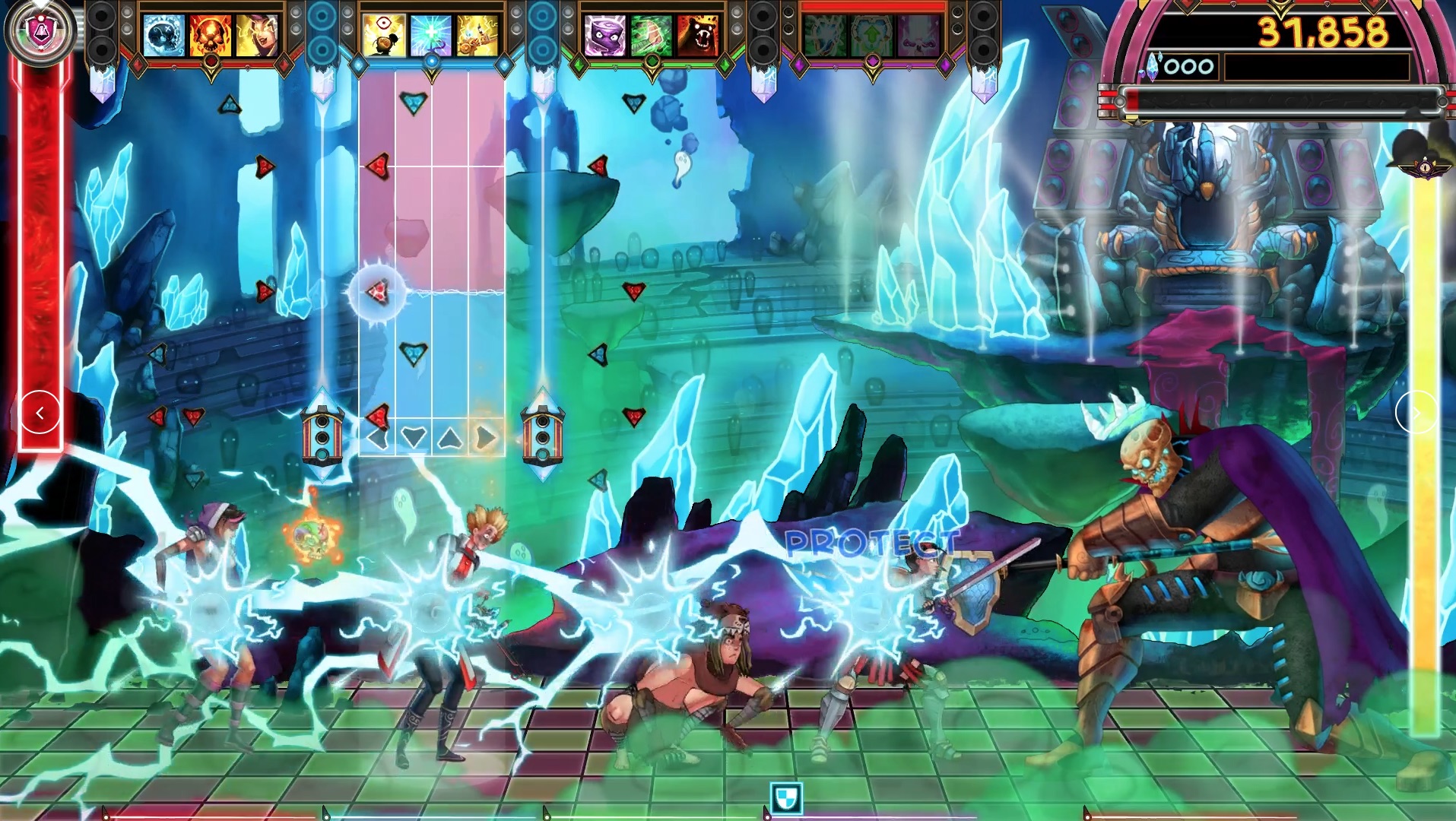 The developer has also promised new secrets, including a full new play mode. I haven’t discovered these just yet — the same goes with finding the new character —  mainly because I keep putzing around with the Free Play and Challenge modes.

The Metronomicon: Slay the Dance Floor has grabbed me all over again, especially with well-designed PlayStation trophies that keeps the next one tantalizing close to unlocking. Anyone that enjoys a good rhythm game set to electronic music would be only hurting themselves if they don’t open up The Metronomicon now.