That South Park: The Fractured But Whole has earned an M-rating from the ESRB isn’t all that surprising, but why it does is pretty funny.

Everyone knows that South Park has very few boundaries. Trey Stone and Matt Parker will parody anyone and anything if they believe they can write a compelling scenario. There’s also usually plenty of over-the-top violence, nudity, and naughty things that appear on the show, and in South Park: The Stick of Truth. Now, thanks to the ESRB, we have some idea about what type of hilarious situations players will find themselves in when they pick up South Park: The Fractured But Whole.

Be warned! The description from the ESRB does contain spoilers for The Fractured But Whole. To continue, please scroll past the picture of PC Principal. 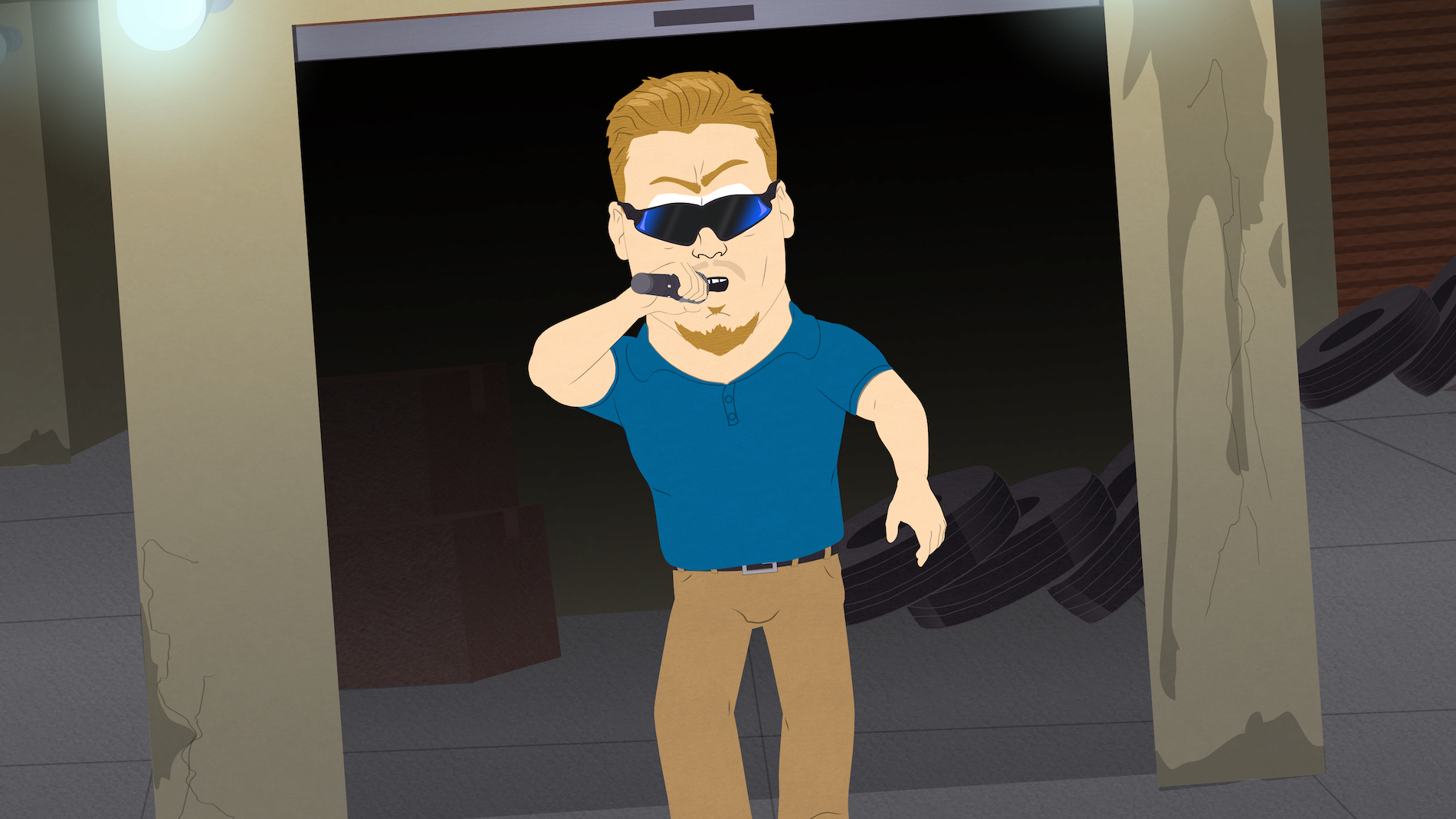 Still here? Alright, here’s what the ESRB has to say about South Park: The Fractured But Whole and its M-rating:

“This is a role-playing game, based on the animated South Park TV show, in which players assume the role of a new kid in town embarking on an adventure to uncover an evil criminal element. Players engage in turn-based combat by moving around a grid and selecting attacks from a menu. Players use various weapons (e.g., blades, claws), blasts of energy/ice/lightning, and melee attacks during combat. Blood-splatter effects occur often, and cutscenes occasionally depict “cartoony” dismemberment or decapitation. The game includes several instances of mature humor, racial humor, and sexual material: characters are depicted urinating and defecating; one extended sequence (in a strip club) depicts a character performing a lap dance while emitting flatulence; one scene depicts a towel character performing an obscured sex act on a man in an alley; another scene shows a man watching security monitors and repeatedly reaching for lubrication behind his desk—all sequences are depicted in a cartoony and over-the-top manner. Characters are sometimes depicted nude (e.g,, breasts, buttocks, male genitalia). During the course of the game, players can observe characters snorting lines of cocaine, and in one level, players must complete a quest to bring a marijuana prescription to a character. The words “f**k,” “c*nt,” and “sh*t,” and racial epithets (e.g., “n**ga,” “sp*ok”) are heard in the dialogue.”

Not all that surprising considering it’s South Park. The description of the strip club sequence was what we were able to check out at E3 2017. Overall, it seems like The Fractured But Whole is going to perfectly fit into the world of South Park.

South Park: The Fractured But Whole is out October 17 on PS4, Xbox One, and PC.