Set in 1920s San Fransisco, A Case of Distrust is a point and click adventure coming from a one man development team of Ben Wander. It’s got a minimal art style harking back to famed artist Saul Bass, who made movie transitions in the ’50s, and has you moving from area to area investigating different objects, talking to people and making conversation decisions. Wander promised that if you don’t choose your words carefully, it will be harder to figure out who-done-it, and that figuring out who’s lying will be one of the main aspects of A Case of Distrust.

In the short fifteen minute demo I played, I was introduced to Phyllis Malone, a private detective who’s uncle fought to get her onto the force in a time when women were not welcome. The first scene starts mysteriously, with a figure staring at her. It’s revealed to just be a visiting neighborhood cat looking for food, but sets the eerie tone for the rest of the game. We’re then introduced to Phyllis’ apartment, doubling as her office, giving us a look into her as a character. You’re able to click on various things around her apartment that represent her in different ways, from her diary to a pile of books, to an empty refrigerator. But the goal is to find evidence to show the hungry cat that there is indeed no food in the apartment. The answer is obviously the refrigerator. A knock on the door introduces us to the first of many characters and to the big mystery of the game. 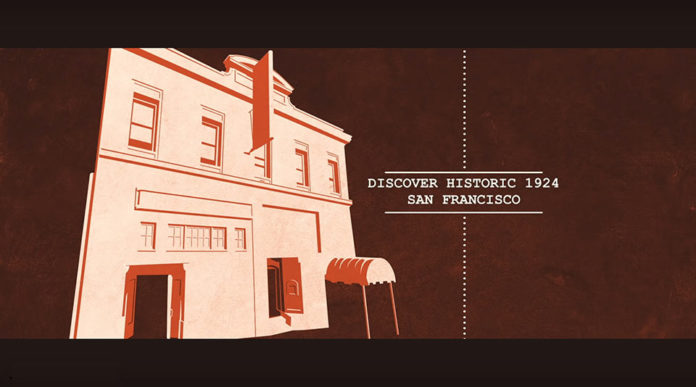 The art style and transitions are pretty amazing, and really do capture a 1920s vibe. There’s a lot of reading and deliberating over your responses and clicking around looking at different things that trigger a thought from Phyllis. While the demo ended before Phyllis does any real snooping, I could tell how the mechanic would work in terms of looking for clues. You’ll have to make connections based on what’s around you and then figure out for real what’s going on and confront the liars. It’s a really great idea and marries two mechanics well.

Another aspect will be interpreting the faces of the people you’re talking to. Wander is working on getting actors to film who will act out scenes which will be rotoscoped over and made to look like it’s in that same, simple art style. I was able to see a bit of it towards the end of the demo, and it was really cool. I could tell from the creepy eyebrows and smile that this guy was not to be trusted. Also, he was kind of condescending due to the fact that Phyllis was a woman, so that didn’t help him either. But he had information, so he’ll be of use.

And of course, the music. The 1920s noir setting of A Case of Distrust necessitates a certain style and the music in the game hits all the right notes. It’s smooth, calm and mysterious, changing as your setting or whom you’re talking to changes. It’s dynamic and really helps set the tone.

My first look at A Case of Distrust was impressive and I can’t wait to play more. It’s a beautiful game with an intriguing premise, setting, time period and gameplay loop, and I’m excited to see where it goes. It’s coming to PC and Mac, and he plans to have it out by either the end of 2017 or the beginning of 2018. We’ll keep you updated right here at Hardcore Gamer.