Poor Far Cry 5, it still has roughly half a year before its scheduled release date and has already gotten some fairly derisive criticisms. Some find the setting of a fictional area of Montana being overrun by a doomsday cult compelling, while others are expressing outrage over it allegedly being a political statement based on current events masquerading as entertainment. Other detractors state that it looks like nothing is added to the franchise and that it is essentially Far Cry 3 part Four. Personally, I’d rather wait to see the game in its final version to form an opinion on it, but some of these concerns can lead to an interesting discussion.

Cults have always been personally fascinating, despite being somewhat terrifying along with most other radical or extremist sects of any religion whose beliefs and practices don’t exactly line up with mainstream followers of a given faith. They are not an uncommon reference in video games, but most games don’t go into too much depth with them and the only other game with a heavy focus on them that I can think of off the top of my head that is currently in development is The Church of Darkness. When Far Cry 5 was announced there was some outrage at how it portrays American Christians, but Eden’s Gate is not meant to be composed of the people one would find attending a Sunday morning service at any given church, these are the militant extremists who have twisted the teachings of a religion into some perversion of what it is supposed to represent in order to impose their own will on the masses. A fanatical wackjob is a fanatical wackjob regardless of which holy book they choose to misinterpret.

Separatism is a major theme of Far Cry 5 as evidenced by Hope County being overrun by a religious cult with no apparent government assistance in fighting them, which has been influenced by several decades worth of events. Some of the events that have been stated by the developers that influence the desire to tell a story like this were the sense of fear in growing up during the Cold War, and later events such as the September 11 terrorist attacks in 2001 and the 2016 forty day Occupation of the Malheur National Refuge. While I haven’t heard these events cited by the development team, other very likely influences in creating the setting for Far Cry 5 were the 1993 Waco Texas stand off, the 1979 mass suicide at Jonestown, and the 1997 mass suicide by Heaven’s Gate. From what I have played of Far Cry 5 it feels like its own unique fictional world that drew inspiration from all these various events to create a community that has been turned on its side by a militant separatist unit, except the game play allows the player to assume the role of a character like John Rambo who can exorcise the cult’s possession of the community by leaving half of it in flaming ruins. 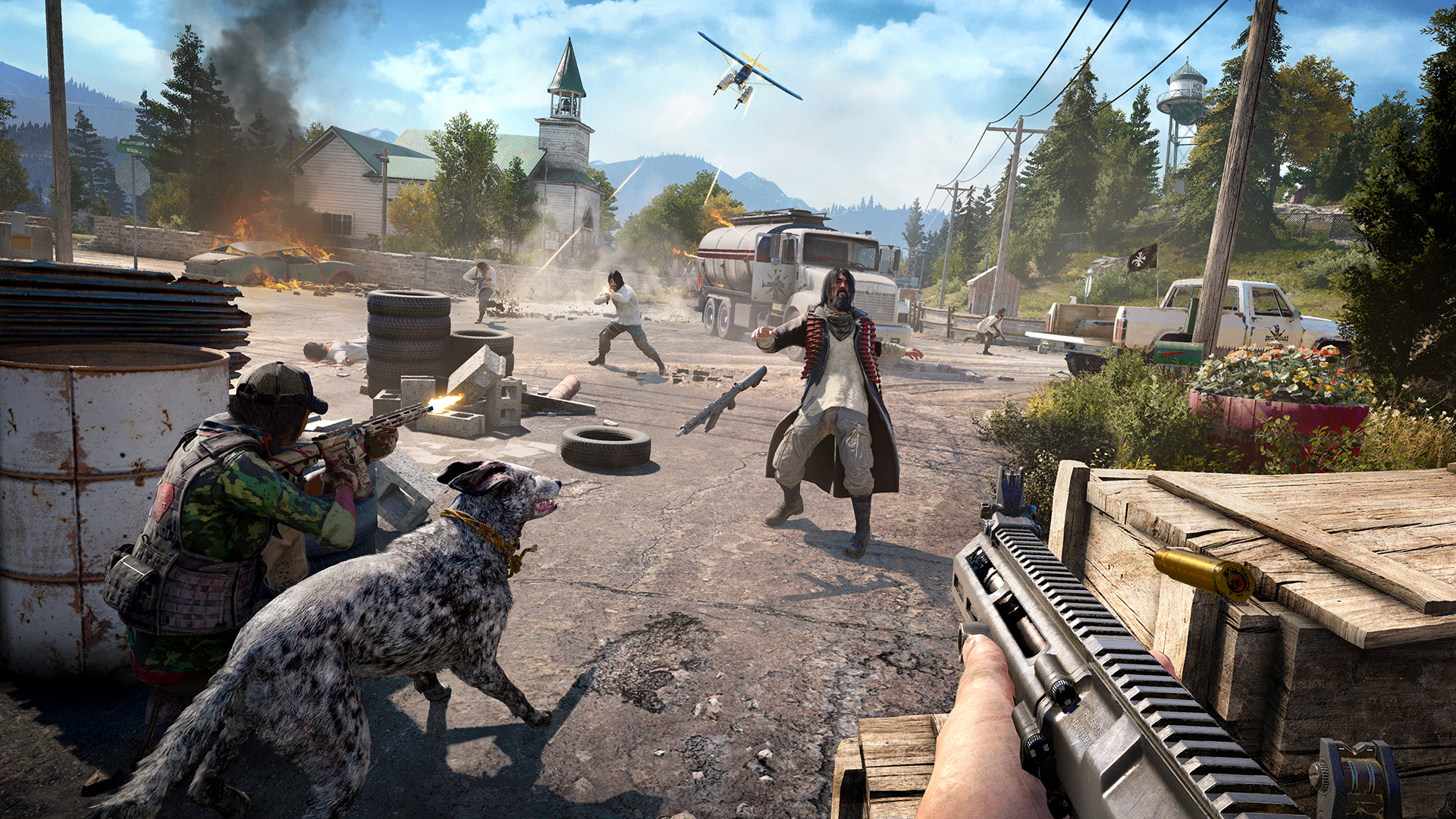 As for being Far Cry 3 part Four (Far Cry 3, Far Cry 4, Far Cry Primal and Far Cry 5), that is a rock and a hard place sequels often find themselves in once they get past the third entry. Developers can make a lot of changes and hope that the changes improve the game while running the risk of alienating long time fans, or they could play it safe and stick to the formula that brought the series its popularity in the first place but run the risk of consumers complaining it’s just more of the same. Having to please everyone is a surefire key to failure, but the hope is that Far Cry 5 maintains enough positive elements of previous Far Cry titles while going enough into new territory where it doesn’t feel like a stale retread.

Having spent some time playing Far Cry 5, I am optimistic about how it will turn out. It’s too early to discuss the scope and scale of the world but the limited area that was playable in the demo hinted that there will be a lot of opportunity for open world exploration. Fishing and hunting opportunities are abundant, and if one gets tired of killing cultists there are plenty of hostile cattle to take one. If someone is feeling really tough they can engage in the take down a bull with a baseball bat challenge I just made up, though it would be pretty cool if Ubisoft made an achievement for that. Combat against the cultists is a lot of fun, and the player has a lot of freedom in regards to if they want to go for stealth kills or ’80s action movie style over the top firefights. The only negative that was found in the demo is the controls for dogfighting in the plane weren’t very good and I eventually completed that mission by doing a kamikaze nosedive on the enemy plane. 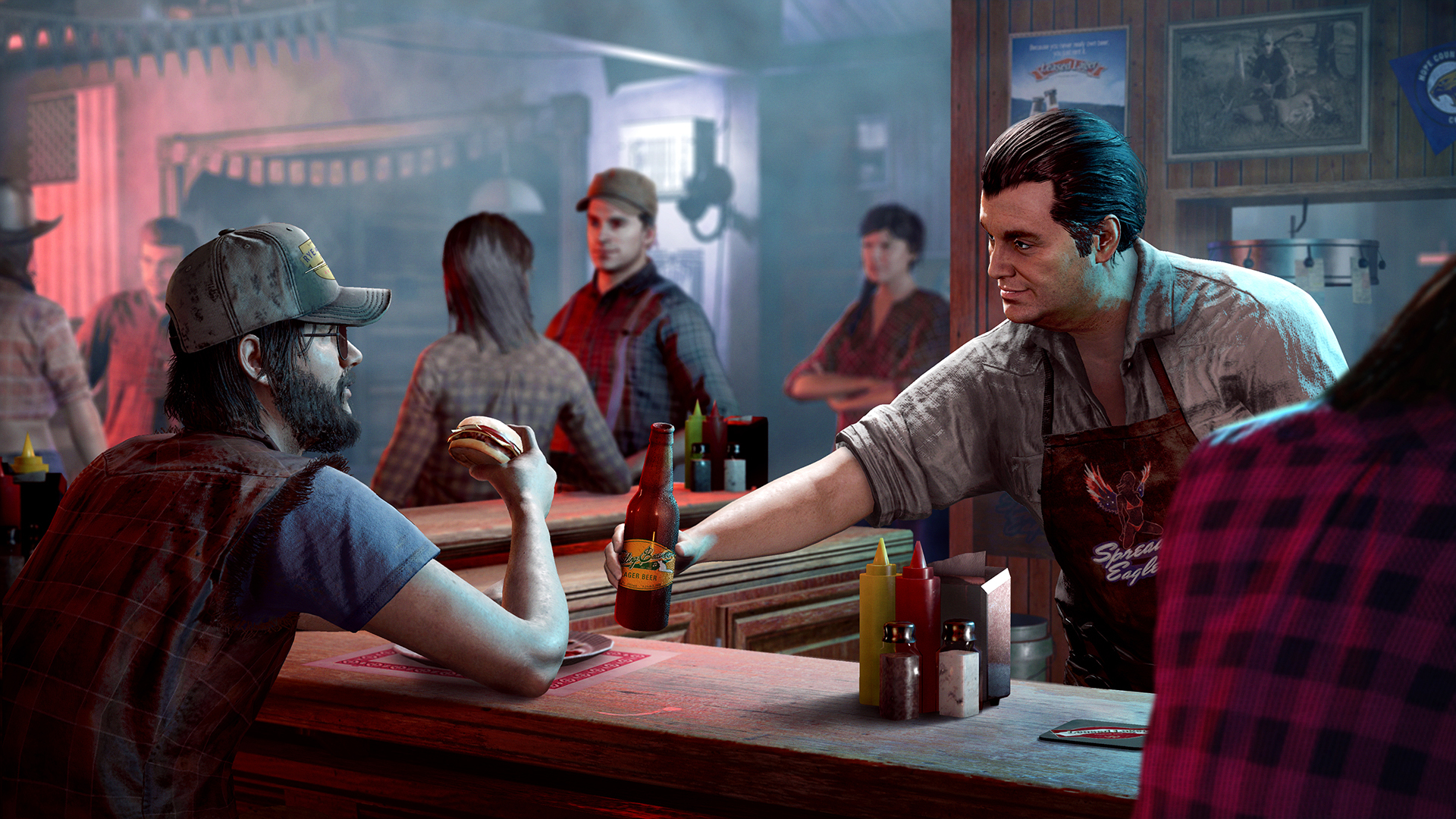 Montana is not exactly the tropical paradise or other exotic location Far Cry is known for taking players, but having it take place in America with a plot that is loosely inspired by real life events makes this title personally more interesting than some of the past entries in the series. There may be some political and religious undertones to the story that some may be uncomfortable with, but remember this is a work of fiction. I have played hundreds of hours of various Grand Theft Auto games and don’t condone violent crime in real life and my music collection doesn’t dictate what deity I pray to. The main concern I have with the plot is whether or not its interesting enough to live up to its potential. Whether the gameplay is too similar to previous entries we will have to wait and see, but judging it strictly on its own merits, the little bit that is playable is enjoyable. At any rate, I’m looking forward to visiting Hope County and going all Rambo on some cultists.