At PAX, the Indie Megabooth is an area that one doesn’t approach unless they are certain they have time. The crowds there move even slower than usual as the aisles are more cramped due to the sheer amount of titles packed into the space. As the games themselves feature such a healthy amount of inventiveness that catches the eye, pockets of onlookers tend to grow, exasperating the issue in untold ways. Terrible Posture Games Mothergunship was especially guilty of clogging up the arteries of the booth, making traversal of the area particularly taxing on the patience. It’s no small wonder why; the title is incredibly entertaining to watch and even more fun to play.

Prior to my visit to their booth, I was unaware that Mothergunship originally started its life as a direct sequel to Terrible Posture’s Tower of Guns. The pedigree does show through during play, as it takes quite a few cues from its rogue-lite predecessor. Giant cannon emplacements stalk the player, the weapons with which to fight back are ridiculous, and the randomly placed areas elicit that same feeling of anticipation crossed with dread whenever entering a new area. The ratio of incoming ordinance to safe space is about the same, requiring the player to think fast and act faster through dangerous rooms that are premade with the order procedurally generated. It just feels similar. Mothergunship, however, perfects the formula. 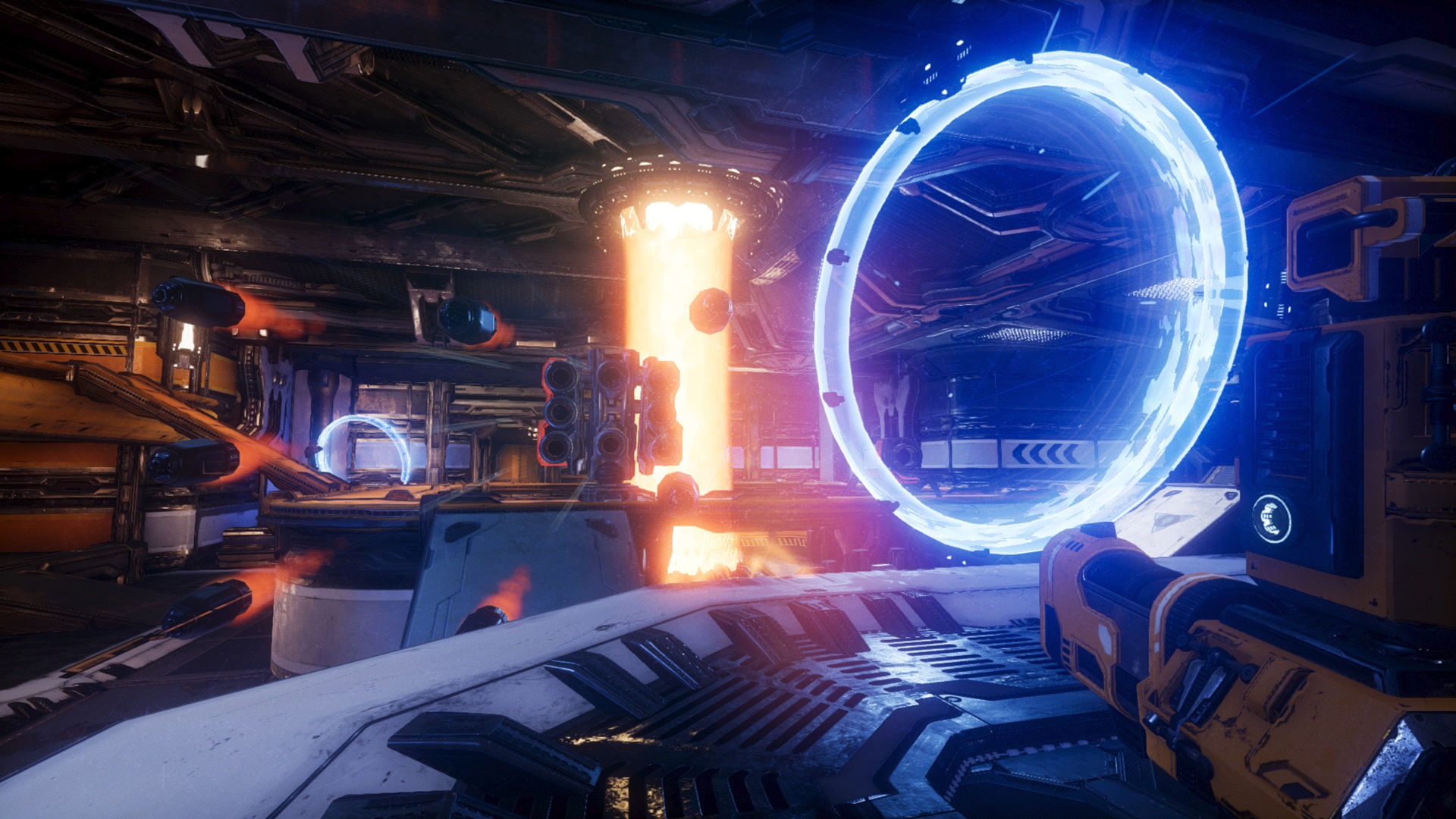 Whereas Tower of Guns was about traversing the eponymous tower, Mothergunship sets itself in space, putting the player in charge of destroying an invading fleet of vessels from the inside. Would it be easier to try to shoot them down? I couldn’t say, but it certainly wouldn’t allow the player to tackle the enormous bosses found within, nor could they clear out wave after wave of a variety of bots that believe the hero is transporting too much blood and would like to alleviate the excess with a volley of projectiles. There is a plot, explained through the commands of a frog creature that communicates remotely. Not-Slippy manages to be a source of humor, commenting on the likelihood of the player’s survival in a less than assuring manner.

It’s not like the player is completely defenseless. There are some light RPG mechanics built in, with the ability to increase maximum health and firepower through pick ups dropped from the enemies or found in secret areas. The amount of midair jumps can be increased via this same method, allowing the lucky and/or thorough player the option of not needing to touch the ground for a decent length of time. All of these improvements will allow the player to clear each room safely. To be honest, it seems possible for a skilled gamer to be able to clear all of the premade rooms I encountered during my demo without picking up any stat boosters, but that would be a true test of fortitude. 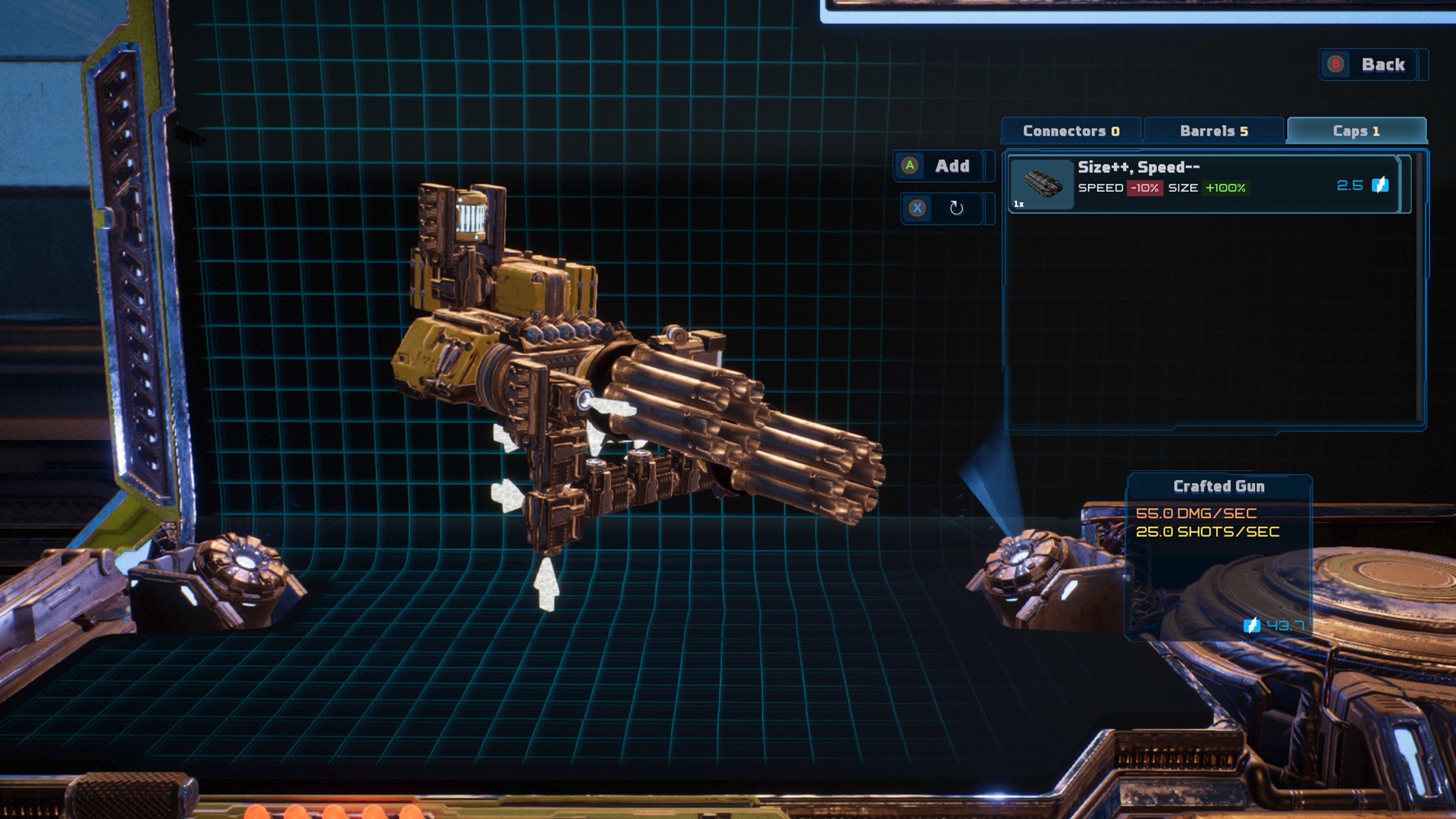 The most interesting thing about this new title comes in the form of the gun creation system. The player will happen upon workstations dotting the world that allows them to modify and create abominations via the craft of firearms. Anything can be made here, assuming that the player has found or purchased the parts. There are only two rules: gun barrels have to face forward and parts cannot occupy the same physical space (naturally). During my run, I had a flamethrower slapped atop a chain gun that was riding atop a semiautomatic blaster. Stat altering and boosting pieces bulged from the contraption like welts on a failed boxer’s face. It was glorious. It also ate up half of my entire allotment of energy with one pull of the trigger.

See, the way the developer counteracts the freedom of gun creation is to use an energy meter that acts as the player’s ammo. This meter can be expanded and refilled through pick ups, and it is always regenerating. While my monster probably would have been suitable, I tend towards the spray and pray style of play when using a mouse and keyboard. So, using the incredible simple crafting options, I broke down my beast, removing the flamethrower and some of the damage buffs. I kept the ricochet modifier, though, as it would help make up for my bad aim. This ended up being suitable, as I was able to finish off the demo, including a hulking drill based boss that required more running than shooting. It was a hard fought battle, as even the demo that had its difficulty intentionally dialed back was a satisfying challenge, but it was a fun demo. 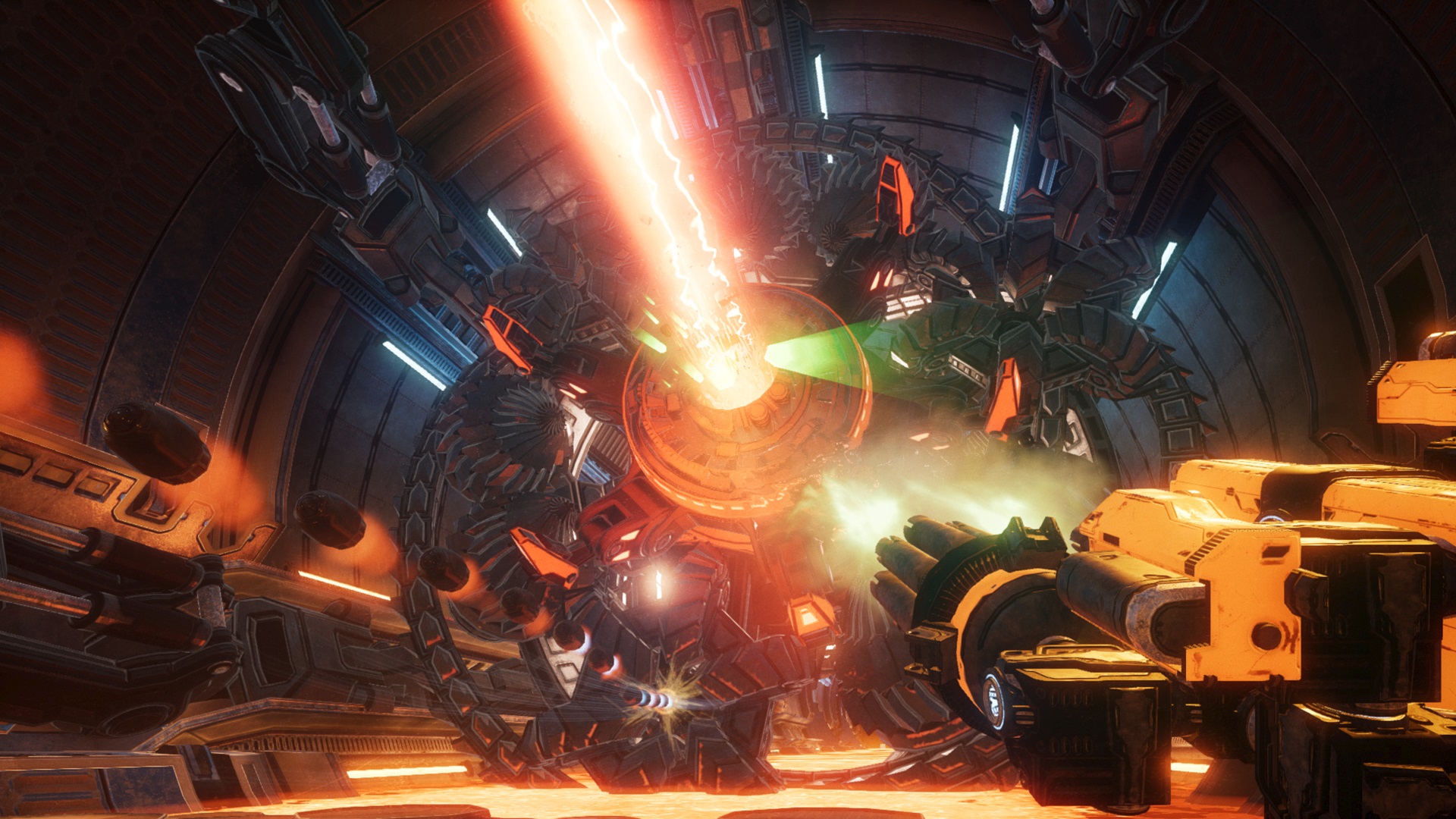 The best compliment I can give it is this: after finishing the demo, I looked around and selfishly jumped into a more challenging run that was tantalizingly there on the front menu dubbed “Nightmare Mode.” My internal excuse was “screw other people, I have to write about this.” I was lying to myself. I had everything I needed. I just wanted to play more. Much more. On a day when I had plenty of things to get done and check out, this is the best thing I can possibly say about a title. Right now, the game is still in the works, with closed beta access slowly trickling out. The developer is intent on creating the best game it can and is using the beta process to ensure that everyone is being heard. This dedication is already showing through on the project and I cannot wait to see what else Mothergunship has in store.