You know, we should really set up a meeting where gamers everywhere can come together and come to a unanimous decision concerning at what point modern Sonic the Hedgehog games had become or will be “finally good again” just so we stop this annoying cycle and the jokes that comes with it whenever a new installment is introduced (this opening sentence probably not helping, sorry). Sonic Forces is the latest one to be served up, but it has quite the uphill battle ahead of it, set to come out just less than three months after Sonic Mania, the hi-bit throwback to the Blue Blur’s 16-bit roots that wound up becoming the franchise’s most acclaimed game in fifteen years. And that was just the appetizer, so even if this new entry is a decent main course, it’s going to have trouble matching the godlike flavor from earlier this year. But as seen with the hands-on demo, it’s at least going to try. 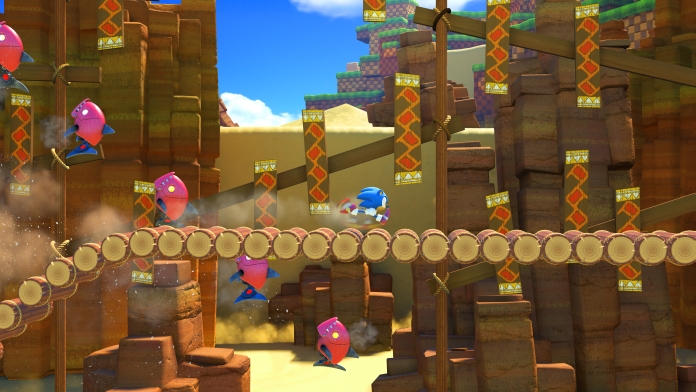 Said demo showcased the four different types of gameplay that will be featured throughout Sonic Forces (with a highlight on multiple types meant as a way to celebrate Sonic’s 25th anniversary), so best to go through them one by one. Modern Sonic placed us in an initial city under attack, with the emphasis being on pure speed as we zipped through the streets, performed homing attacks on enemies, and outran a giant robot barrelling down on us. Arguably, it’s the standard stuff you’ve seen in Sonic games since the Dreamcast era, with a bit of it on rails, but it still works well here as well, providing a quick burst of hi-octane enjoyment that’s easy to control.

Next up was Classic Sonic, engaging in a 2D boss battle against Eggman this time around. It started out as the standard wrecking ball battle, except now with the Drop Dash move from Sonic Mania added to Classic Sonic’s techniques. However, also borrowing a bit from Sonic Mania’s playbook when it comes to boss battles, the initial boss was quickly replaced with Eggman getting into a giant mech suit that took up the entire background. Dodging drills, gunfire, and rocks hurled at us, the goal was to jump or dash into certain boulders to fling them back. Fun and simple stuff that hopefully suggests more creative bosses in a similar vein. 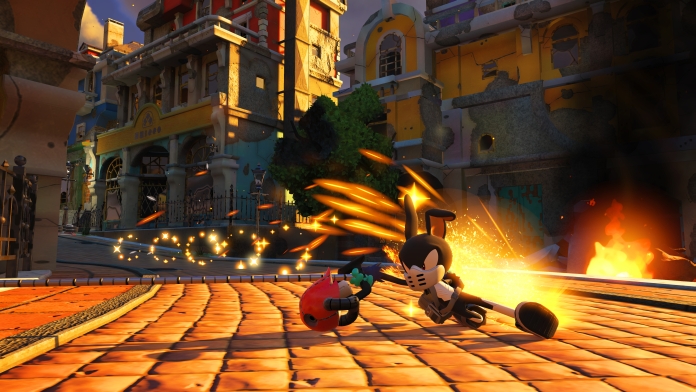 Then we had Sonic Forces’ unique element in the form of the Hero Character, where you customize your own original character with their own unique abilities and weapons. It’s a feature that may indeed be mocked by some (even more after the recent costumes in the Bonus Edition, which we never saw coming), but damned if it didn’t work perfectly from a gameplay perspective. Playing as a wolf in a 2D area, we had the ability to attract rings to us and a lightning whip that took out large crowds of enemies. And it played pretty much like Classic Sonic, just with a few additional abilities that were fun to try out and easy to use, so rest easy, it’s no different a gameplay change than the addition of Knuckles was.

Finally, we had Tag Team, where both Sonic and the Hero Character were infiltrating one of Eggman’s bases. This actually did a better job of showcasing Modern Sonic, as well as how the Hero Character would play in 3D. It felt a bit like a mixture of a modern Sonic game and Ratchet and Clank, most likely due to your original character’s weapon-based combat (this time using a hammer that smashes enemies into cubes). It made for some particularly entertaining platforming that worked well, even if this mode was blatantly meant for co-op players only, as there was no reason to switch characters when going solo and the process of doing so was a bit annoying. 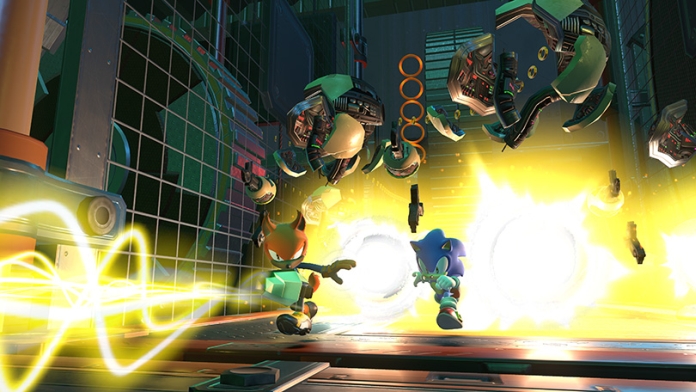 Overall, I doubt that Sonic Forces will be a true masterpiece for the franchise, nor would it be able to fully reach the heights that Sonic Mania hit. But what I can say is that the game is still shaping up to be one damn good platformer nonetheless, delivering a terrific variety of different gameplay elements to help keep things fresh while keeping a focus on what makes the franchise appealing in the first place. So it looks like when it comes out for all major platforms on November 7, we should be prepared to say that Sonic games are finally good again…again.