In the twisted mind of some people that hate fun and merriment, Andrew WK is the antichrist with his life is a party and we should party all the time philosophy. A character with this bitter view on life was our antihero from the 2015 surprise indie hit Party Hard, where we stepped into the serial killing shoes of a regular Joe who just wanted a good night’s sleep in spite of his neighbor’s 3:00 am party. Maybe if they had only invited him, dozens of lives would not have to be needlessly cut short. However, he wasn’t invited and I’m not sure what the other rational alternate would be to dealing with noisy neighbors at 3:00 am. He really had no other options. Party Hard 2 brings us a new killer protagonist and expands on the stealth gameplay of its predecessor while keeping the dark, macabre humor present as we seek out to bring an end to the irritating expression of other people’s jubilation.

The basic premise is pretty much the same: the player has to sneak around a party and try to kill everyone without being caught. The location of the party goers is randomized, as are certain environmental features that the player can interact to help bring about death to these irritating joyful people. For those super ninjas out there who thought the original game was too easy the difficulty has been increased for Party Hard 2, making the player really earn the peace and quiet they so desperately desire. The plot is a little different this time around, instead of noisy neighbors keeping the protagonist awake at night the ire of our hitman was caused by a no Christmas bonus scenario at work which can be distressing in these tough economic times. The only sensible course of action is to go to the corporate Christmas party and eviscerate everyone. Again, I really can’t condone such violent actions but what other rational option is there? 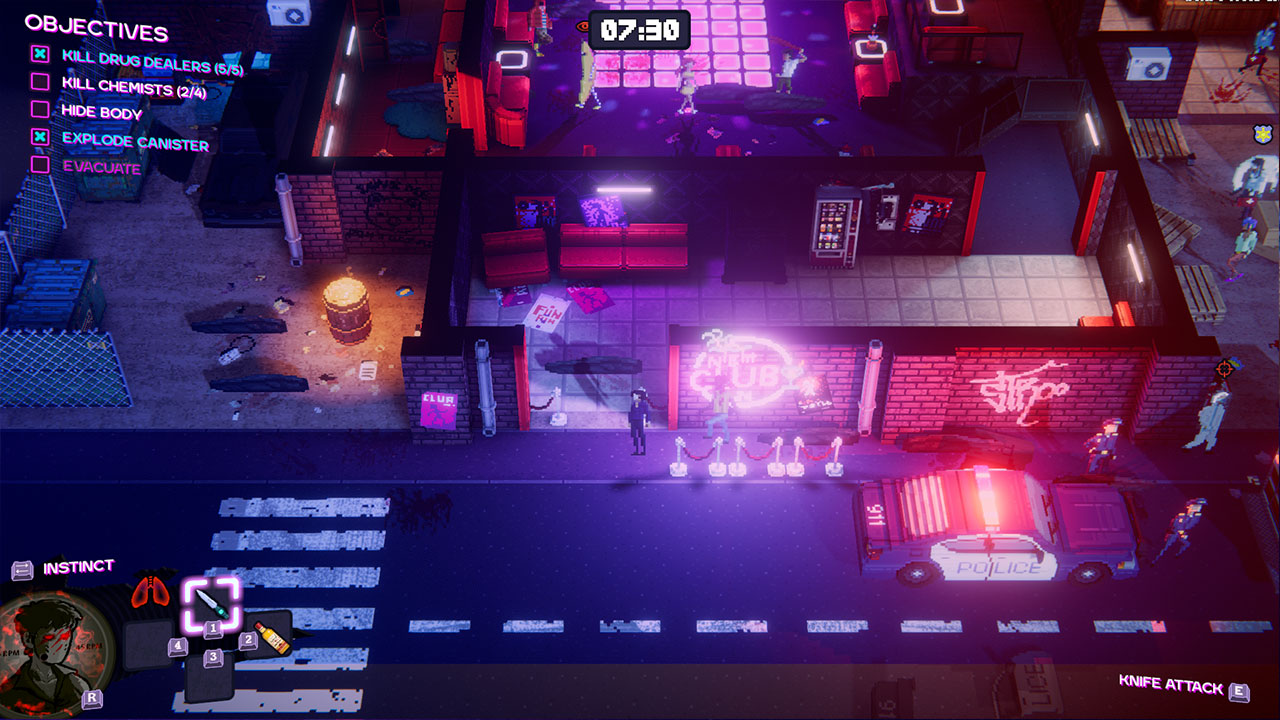 While maintaining the core elements of the first game, Party Hard 2 offers significant updates. The overhead view returns but the graphics are now a mixture of 2D and 3D which allows for more gameplay options than what could be done in the original in addition to making the overall visual presentation nicer. Our “hero” can now use Party Vision, which allows him to highlight his surroundings while detecting useful objects. He has been given an Insta-Kill special attack, which allows him to take out multiple victims in close proximity. This feature has a cool down but strategic use of it can be a lifesaver, especially if armed security is closing in though it should be noted those tougher victims will still need another attack afterwards if you want them to stay down. An inventory system has been added where the player can hold up to four different items to use at the appropriate time.

These additional abilities sound like they would make the game easier, but that is not the case at all. These abilities and items simply help level the playing field since the AI is a bit brighter than it was the first time around and finding the best way to sneak around the party is trickier now. Additionally, there are special objectives in each level that take the challenge beyond simply killing everyone without being caught. On the other hand, this does lead to an overall better experience than I remember when I played the demo for Party Hard at PAX a couple years ago. The dark humor that made its predecessor so memorable is back in the sequel which nicely compliments the strategic gameplay. 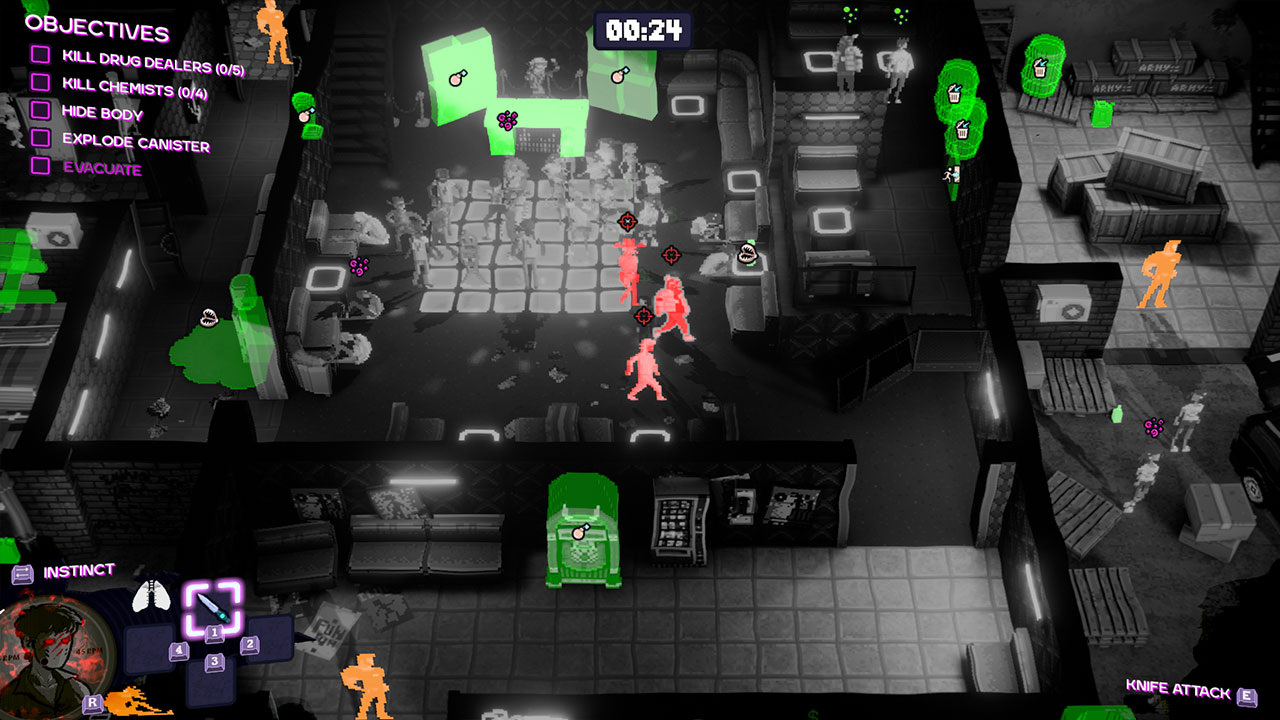 Party Hard 2 is currently being developed for PC, though the original eventually got ported to PlayStation 4, Xbox One and mobile devices. The original Party Hard was super addictive and Party Hard 2 is equally as engaging. Currently there are three playable alphas of Party Hard 2 on Steam, one of them is completely free for anyone and the other two become available with pre-order, which may also include additional future content later on. Both games in the Party Hard series are extremely fun, either because of or in spite of their morbid humor depending on personal viewpoint. I highly recommend checking out the free alpha to anyone who is intrigued by Party Hard 2 but hasn’t had the pleasure of experiencing it.