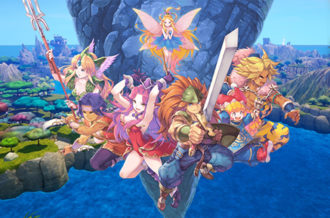 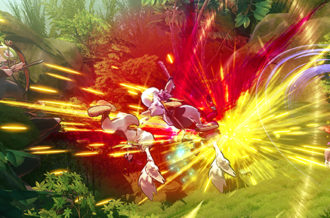 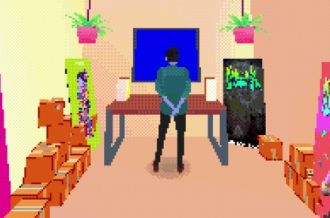 Ark: Survival Evolved is one of those games with an extremely dedicated and even more vocal fanbase. The creation of the game was long and hard fought, with many bumps in the road, as well as triumphs via monetary success. What was it like to start this as a humble project to grow into the phenomenon that it is today? Hardcore Gamer sat down with Studio Wildcard’s producer, Navin Supphapholsiri, to pick his brain about the experience.

Navin: Oh, it feels good, man. For me specifically, I was one of the original nine members on the team where we built this game in someone’s living room. When we released (in Early Access), the game ended up doing really well. So we grew from nine to about seventy people working on the IP right now. It’s been quite a ride. I’m relieved to get (the 1.0 version) out to the public.

You finally hit 1.0 and now you get to work a show! There were some delays. It was supposed to launch in early August and got pushed back….

Yeah, there was a lot of work to get done to make sure that retail came out right. That’s where all the issues came. So, we pushed it back just because of retail. There’s not a lot of games that come out of Early Access to straight physical retail, box and digital, and we needed the extra few weeks just to get it done.

When you started this project with just nine people, how difficult of a decision was it to release into Early Access?

It’s something that we planned to do initially. With all of the survival games on the market at the time, it was really hard to get it done right. We felt that the best way to do it was to release it on the Early Access platform and the Xbox Games Preview so that we can get players in the game, playing it, iterating with them to get the feedback that we need to make the game as good as it can be. We felt it was one of the most beneficial things for us as far as development goes. 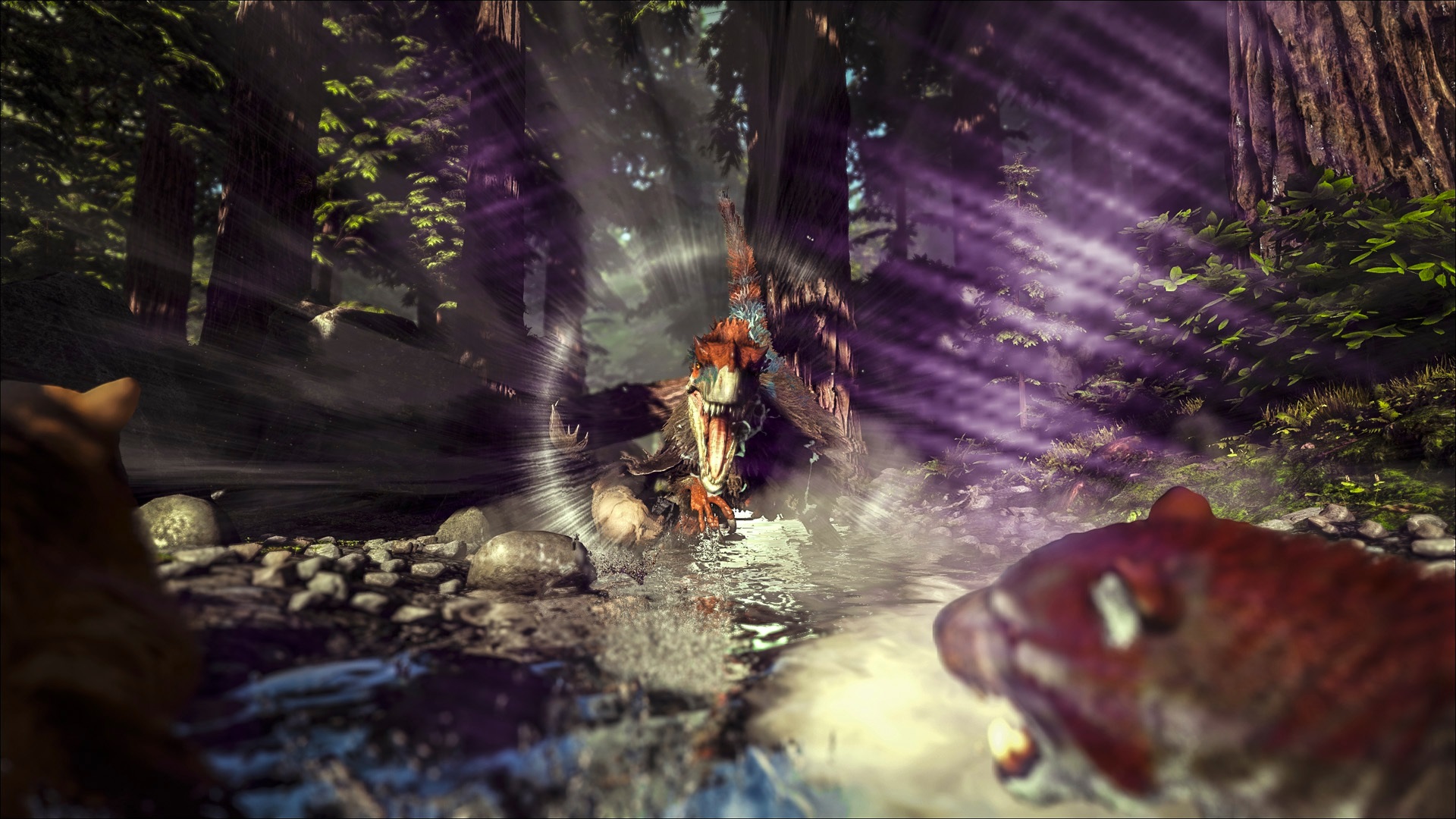 Was it always expected to take as long as it did?

Well, we we launched, we thought “alright, it’s a dinosaur survival game. We’ll be done in a year.” We decided to push it back another year because while we were iterating, we added some features that we didn’t expect to come in, like dino breeding, or platform saddles. When we add all of these features, it adds to development time. That’s why it took us a little longer to get the game to where it is now. We feel it’s in a good place.

What was the most stressful aspect of putting this together, especially since everyone’s eyes were on you?

Well, we were sifting through the noise, and making sure that everyone’s feedback was considered. Anyone can say anything about a game, so we spent extra time to ensure that the good stuff was actually good and the bad stuff was actually bad. We wanted to know that we were heading in the right direction. When you have two hundred to three hundred concurrent users every day, you get a lot of stuff on every forum telling you what they think. It’s pretty crazy, but we try to do the best that we can with the feedback we get.

As far as feedback goes, if you could pick one suggestion that you could thank the community for, what would it be?

I know that we get a lot of hate for this, but I’m going to say that it was the dino flyer nerf. A lot of people didn’t like it, and there was a huge vocal minority presence on the online community. It was crazy, but we felt it made the game a lot better. With a flyer, the world seems a lot smaller and you don’t explore as much but we got a lot of feedback and hate. What’s crazy is that after the change, we saw a lot more players hop in, more than we had previously. Every time we get review bombed by something, if it was something we thought was actually really good, it ends up doing really well. It’s just a vocal minority being really angry at certain features being taken away.

So, if you were to do it again, you wouldn’t have had the feature in the first place? It’s easier to give than to take away?

Yeah, the lesson was to under power everything and then buff it. That’s probably the best thing. Giving something is much easier than taking it away. When you release dinosaurs that are super OP in stats, flyers that are really strong and you take it away, you end up getting a bunch of hate even though it’s good for the game.

Is there one piece of feedback were you look at it and wonder what the person is thinking?

Some people might disagree with me on this, but there are those who really wanted vehicles in the game. I get it. It’s cool when you’re a tech tier, but the dinosaurs are meant to be the vehicles. You can pretty much have any vehicle that you want. Want to go fast, have a Ferrari, then go with the raptors. Want something big and strong, have a Hummer, get a T-Rex or something. I understand the vehicle suggestion, but we pretty much already have them in the game. 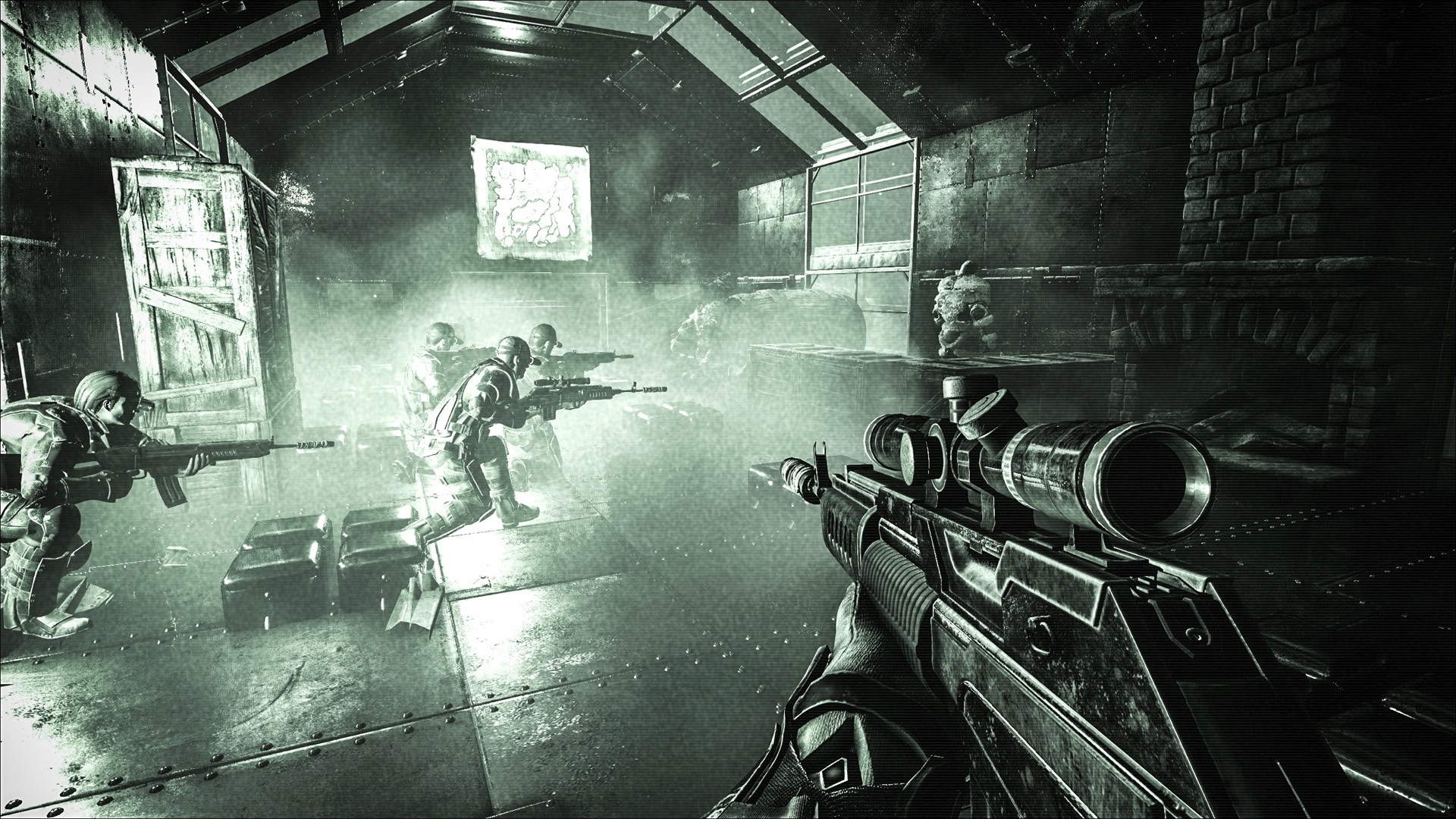 Was there a time your team clashed over the vision of the game?

Not so much. There’s always going to be disagreeing opinions. We always try to keep an open discussion as much as possible, along with getting feedback from the community and our testers. It’s usually the best idea always wins. That’s what we try to fight for. If some idea doesn’t win, it’s because of a technical challenge or something else that’s forcing us not to go for that idea. We’re always open, from the top guys, testers, artists, anybody can voice an opinion.

If it isn’t a technical issue, and just a disagreement on an idea, do you guys end up putting it to a vote?

Usually, we use a scoring system. We think about what the community wants. Everything that we’ll say “no” to off the bat, it’s going to be a tech issue or a time issue.

When you guys released that paid expansion, did you anticipate the backlash?

Not necessarily, because we saw a couple of other games do it before. It was always our plan to work on expansion packs, anyways. If people didn’t like it, we could just choose not to release it for like a year. That’s fine too. We wanted players to get involved in the content, with unique gameplay where you are looking for water all the time. We wanted to give content to the players so they can keep enjoying the game. At the end of the day, the content is good, with high review scores. We do understand the perception though. The initial team that worked on the environment, everything you see in the world that isn’t dinos and items, after they were finished with all of the stuff on the main island, we moved them on to the expansion pack as they weren’t doing anything else.

So, in these final weeks, how bad was the crunch?

We worked pretty hard. We’re a small team with an IP this big, one that would usually require like a two hundred person team, everybody pulls their weight. Everyone can feel their impact on the team. The last two to three months, trying to get the gold master for Xbox and PS4, has been pretty nuts. I think it was worth it. As far as performance and game balance goes, it’s better. We’ve had a 25% to 60% performance increase based on what build you have.  It was pretty rough, though. It’s just kind of how development is. Still, it was worth it for our existing players and new players. 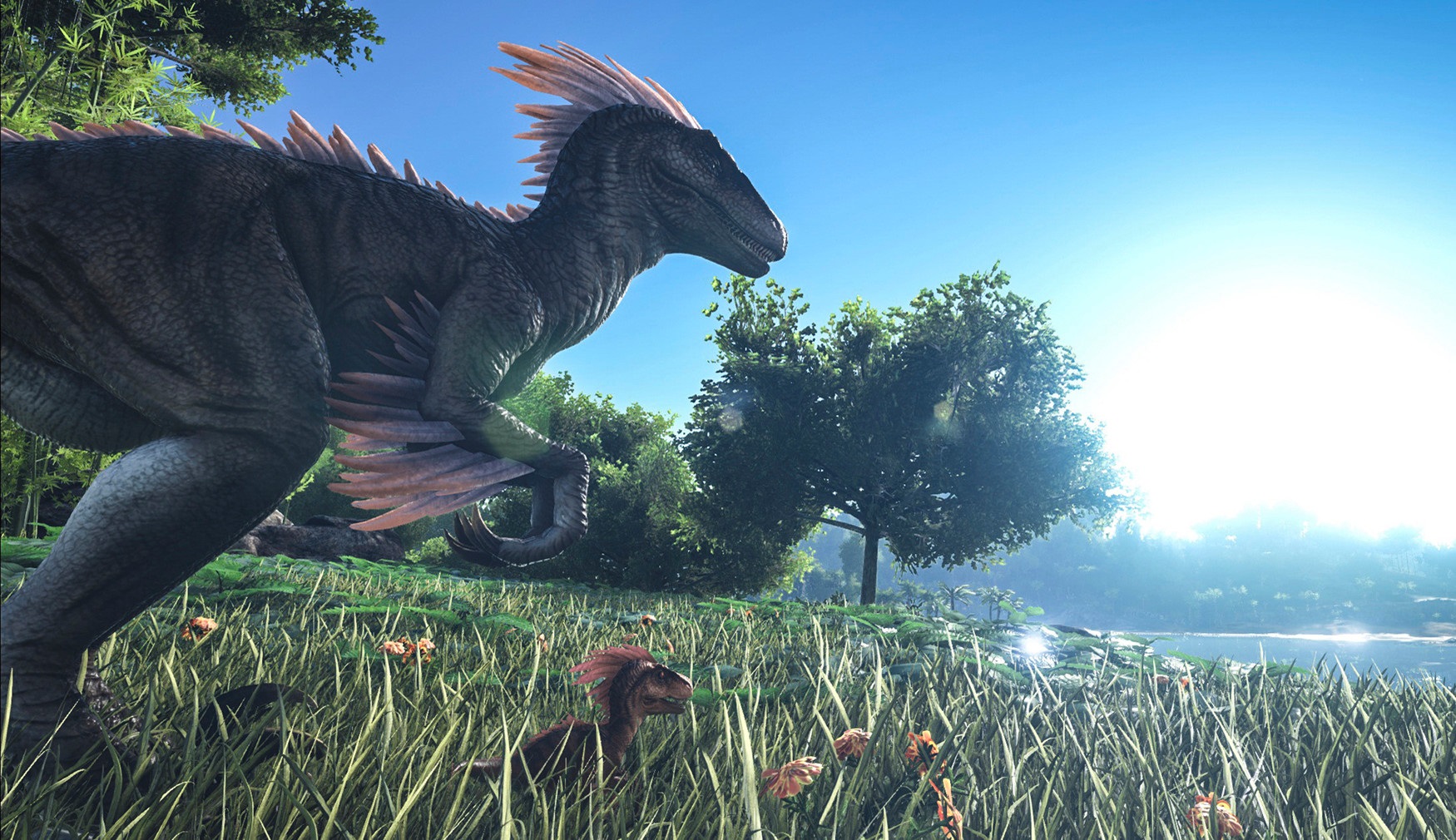 So, after you pack up here and go home, what are you doing next?

We just announced our next expansion pack, Aberration. It’s a cave DLC. You’ve got a lot of climbing, a lot of verticality. You play a lot with the environment. There’s a lot of darkness in the map. It’s a cool expansion, definitely something different. It’s something we haven’t introduced this type of thing at this scale before.

No vacation for you.

It will be a bit lighter. We won’t be crunching as hard, but that expansion is coming in October. It’s coming right up.

After that, we have another expansion. That’s pretty much our immediate future. We’ll also continue to work on the game, optimize it, and add creatures if we feel that there’s a need for it.

Do you worry about player fragmentation? Some people playing Aberration, some playing Scorched Earth?

It’s not a big deal for us since we have cross server transfers. You can transfer your character, dinosaur, and items over. If there’s anything for us to worry about, it’s how to keep a server or a map alive for a very long time. Because, once you play and people get established with the alpha tribes, they can dominate the whole entire island. So, what do we do for that? I think that’s one of the biggest challenges we have with that, and maybe trying to integrate some sort of “catch up” mechanic for the little guy to stand up against a tribe of forty or fifty people that play 24/7. 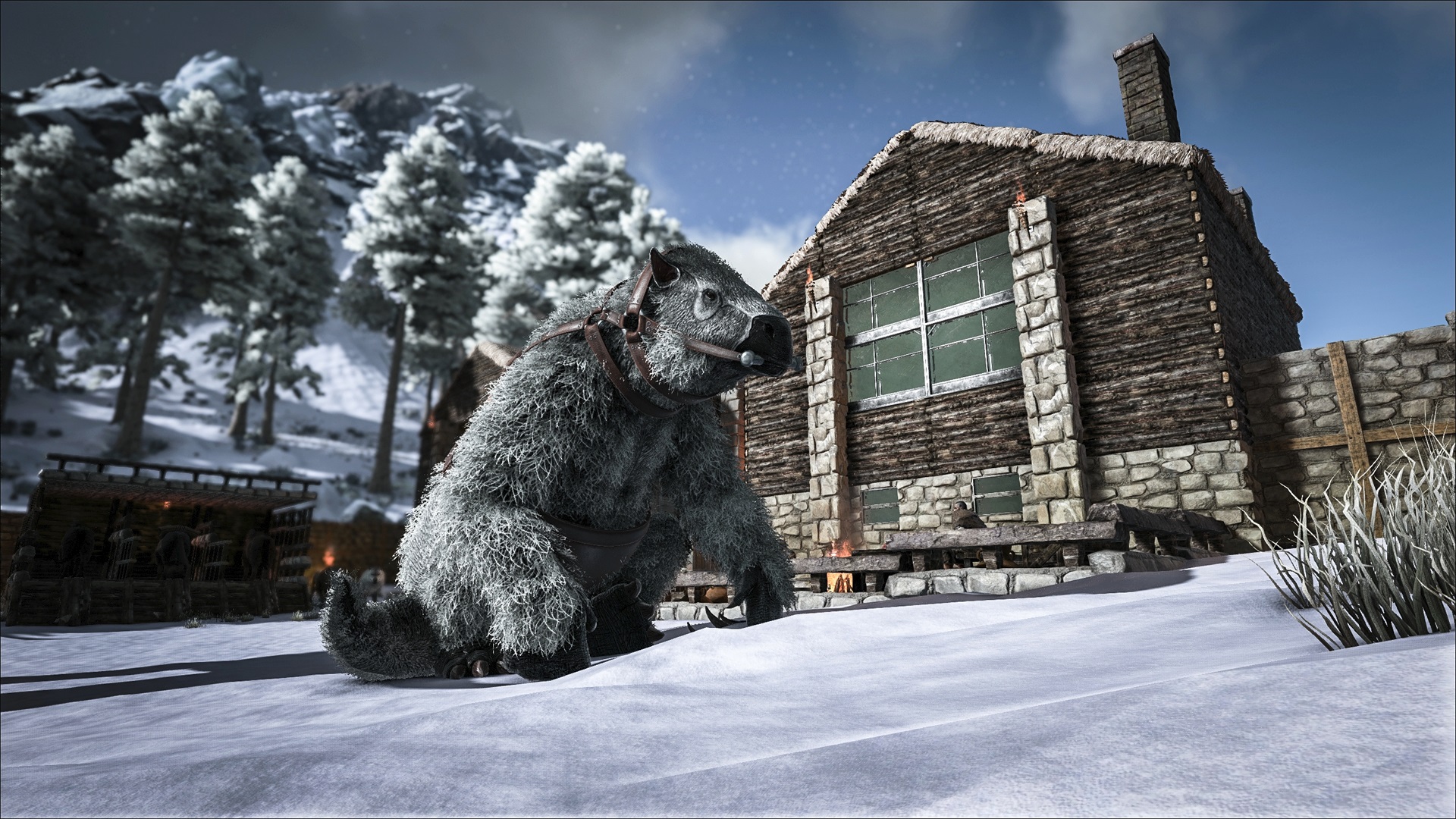 And then you have Ragnarok, your sponsored mod. Have you been looking at other ones?

We’re always looking at the mods out there, especially the good ones, to see what ideas they have cooking. We do wait for the mod to be further in development for us to be able to turn it official and release it for all three platforms. We don’t want to release something that’s not a sizable amount of content.

Is there one that you wish you thought of first?

Offline raid protection is very interesting. There’s definitely different ways to approach it, for sure. I wouldn’t say that we’d go 100% in the direction that they did. I think it’s a cool idea to mess around with. Survival Plus is cool, too.

Anything you want to add?

We want to thank the fans for sticking with us. I know that we’ve done stuff that you didn’t like and things that you did. We want to keep going, keep pushing forward for the next two years as we work on expansions and add to the base game. So, thank you for that, you guys are invaluable to us. We wouldn’t be here if it wasn’t for the fans.