When a young shopkeeper sells his wares to adventurers everyday, it’s no wonder that he eventually gets a taste for braving his life in deep dungeons in search of treasure. When things don’t go quite as planned, however, it’s back to starting over from the beginning. That’s what it’s like for the young hero of Moonlighter by the name of Will, a modest shopkeep by day but a ready adventurer when night finally falls. What starts out as a simple journey to gather wares for his shop turns into an adventure beyond his expectations.

The main gameplay of Moonlighter is the exploration of dungeons. These dungeons supply all sorts of enemies and treasures that await Will inside. These dungeons consist of multiple floors, with each one getting progressively harder as he advances is way through. Will can of course take his time exploring, but if he spends too long on one floor an invincible spectre will chase him down until he is defeated or advances. He will need to survive through challenging fights in order to go home with his loot, as every defeat will cause him to drop almost all of it. 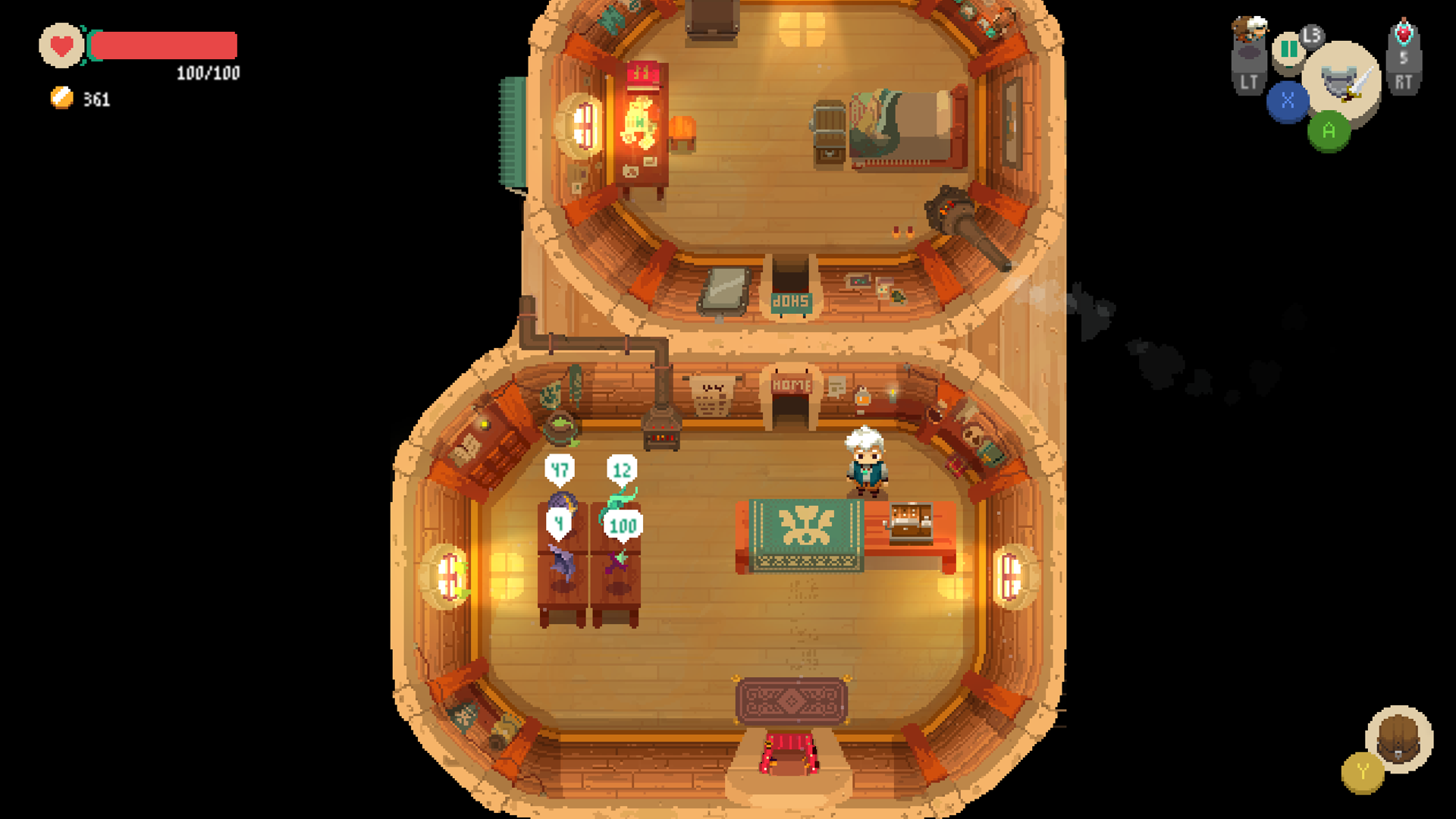 If Will manages to make it out of the dungeons intact, he can take all his gathered loot back to his store to sell during the day. None of these items have set prices immediately, but instead rely on Will to set them for people to purchase. Once an item is put out and a price set, customers will begin coming in and perusing the wares available. When they look at an item a simple speech bubble will appear over their head, alerting Will to how well on how good his prices are. A sad face means the item is too expensive, a happy face means the item was priced appropriately and a face with money eyes means it’s inexpensive. Around these expressions Will must figure out what to properly price items at in order to get the most out of him and save up for items to help him in his adventuring.

Outside of tending to his shop and adventuring, Will can talk with various people in his village to aid him with his goals. The blacksmith will upgrade the many different types of weapons, and if he finds certain items while exploring the witch can enchant his gear for further benefits. These side tasks are what will truly enable Will to become the strongest adventurer, and the most profitable shopkeep as he’s able to go longer in the dungeons with superior equipment. 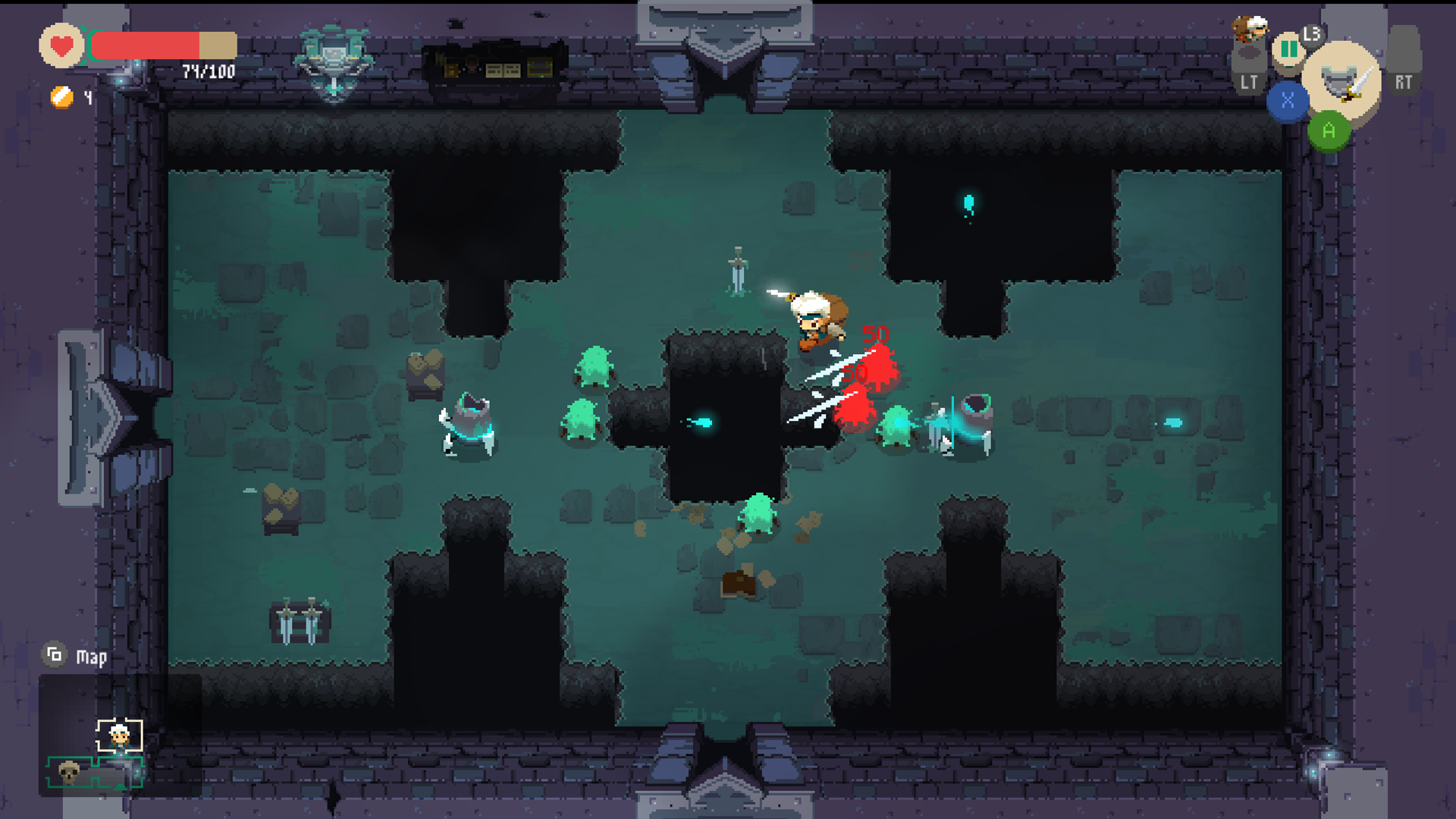 Moonlighter is a treat to play, and while it can be almost unforgiving at times with its difficulty at first it’s simply about learning enemies and cautious enough to know when to retreat until later. Like any rougelike, players will face many defeats in battle, but Moonlighter sets a fair balance that makes it easy to pick up where they left off without missing a beat. Anyone who wants to take up the challenge of becoming a true adventurer should look into Moonlighter.