The Nintendo Switch is an odd piece of hardware, and after heavily neglecting my Wii U, I had quite a bit of skepticism about the home console/handheld hybrid. Some of the design choices I still don’t understand, such as the need to use a smartphone app to play with friends online, but in spite of these quirks the Switch is actually quite a nice console that I’ve been enjoying more than anticipated. Since its release, Nyko has been vigilant in creating a variety of peripherals to provide some quality of life improvements to Switch users.

Nyko has already provided some options for charging Joy-Cons and pro controllers, but an inherent concern with any handheld console is the system itself running out of juice during a play session. The Switch is versatile enough where it can be docked and powered from an outlet in TV mode but this doesn’t really help when you’re taking the switch on the go or stuck on a long flight. The Power Pak can essentially double the battery life of the Nintendo Switch with a 5,000 mAh battery that is done through a Type-C USB connection. The Power Pak connects to the back of the console and is turned by the simple flick of a switch, and like other Nyko peripherals LED lights on the back keep the user informed of the charging status.

The Power Pak easily connects and disconnects to the Switch, and comes equipped with a sturdy kickstand to support the Switch for easy viewing of the screen, and no vents, ports or buttons are blocked or obstructed by this peripheral. There are a couple buttons in the back that pop the top off so the Switch can easily be put in the charger and then the top can simply be reattached. The Power Pak is compact and lightweight, so it doesn’t add much bulk or weight to the Switch making it comfortable to use and doesn’t take up a lot of space if it were to be brought along for travel, which is the type of scenario the Power Pak will be the most valuable for average consumers. Many hours crammed in a car or airplane are necessary parts of most family vacations, band tours or road trips and while exceptions exist there usually aren’t an abundance of outlets to keep everyone’s electronics juiced, so an item like this is great for those times. 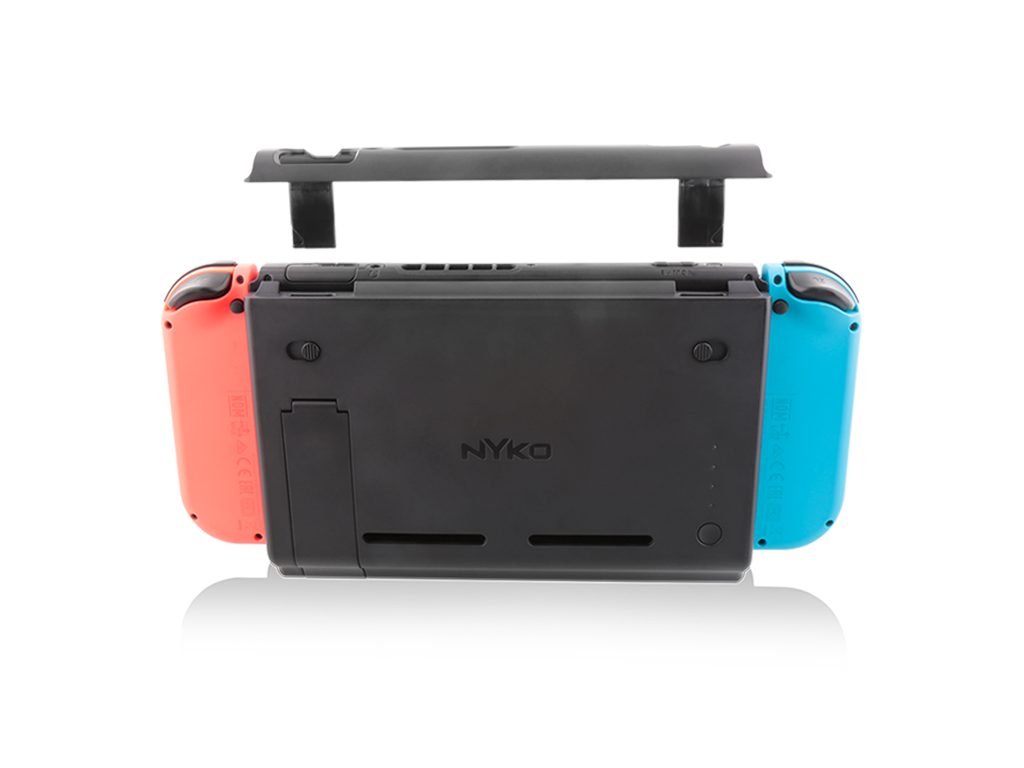 Whether your introduction was the Nintendo DS, a tablet or smartphone, touchscreens have become an integral part of most of our lives, and because of this another source of first world problems. Broken screens and scratched screens are a concern for all these devices and there are various solutions on the market, such as screen protector films or tempered glass shields. The Switch is charged in a docking station that requires the console be slid inside the docking station, which can potentially scratch the touchscreen. Nyko has produced the Dock Bands that protect the screen by putting some distance between the touchscreen and the docking station. There is a right and wrong way to put these bands on, so it is advisable to check the included instructions. The bands don’t have a ton of give to them so they can sometimes take a little bit of effort to take on or off, but worst case scenario you’re looking at maybe having to mess with them for about a minute per side. In my personal experience the left one was a breeze but the right one put up a bit of a fight, though in past experience devices like this tend to become more cooperative over time.

The Dock Bands work by connecting to the sides of the Switch, where one would attach the Joy-Cons. Once the Dock Bands are equipped on the Switch the Joy-Cons can still be freely removed and attached without having to mess with the Dock Bands. They have a textured grip that makes it easier to hold the Switch and they do come with a warranty in case they are accidentally broken, but they are pretty sturdy so the likelihood of breaking them during proper usage isn’t very likely. Because they are designed to put some distance between the touchscreen and docking station they do make the Switch fit a bit more snug during the charging process but nothing that would prevent the user from safely charging the console or make putting it in or removing it from the docking station a chore. 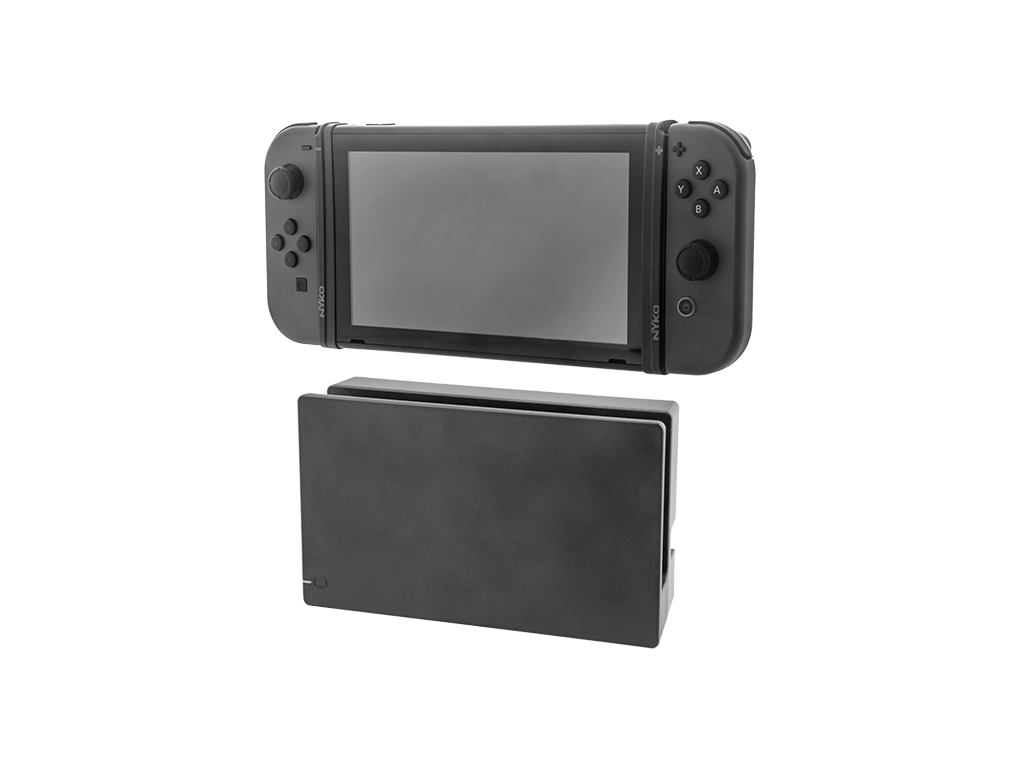 Both the Power Pak and Dock Bands are useful products for certain types of gamers. I have not scratched my touchscreen without the docks in the couple months I have had the Switch, but I’m the type of person that would rather pay the five bucks they’re asking for the bands than worry about needing to do a screen replacement down the road. They seem like a smart accessory, especially considering they are one of the less costly products on the market. All my touchscreen devices have some sort of protector, the Dock Bands are what I use for the Switch. The Power Pak really depends on how someone plays the Switch. If someone spends the majority of their time playing the Switch on their TV or they never leave the house with it, worrying about the charge time probably isn’t an issue. On the other hand, if someone travels a lot and takes the Switch with them everywhere they go, the Power Pak is almost essential. The compact size and extra playtime make this accessory a godsend for life on the road. The only real downside to these two accessories is that by the nature of what they are and their physical dimensions they are both great on their own but don’t work too well together. The buffer zone provided by the Dock Bands is just enough to make the Switch too fat for the Power Pak that is designed to tightly fit around the Switch, so if you end up with both these accessories you’d just have to remove the bands before using the Power Pak.