Middle Earth: Shadow of Mordor was an impressive game when it came out a few years ago. It took gameplay inspired by the Arkham series and left Gotham for Middle Earth, introducing the Nemesis System where every enemy character of any significance would form a personal relationship with the player, usually in the form of a mutual desire to kill one another. Shadow of Mordor impressed on all levels. It was a great hack and slash action RPG even outside of the fact that it’s a stand out piece in a long list of quality Lord of the Rings games. The upcoming Middle Earth: Shadow of War adheres to the adage of if it ain’t broke don’t fix it, and while an hour is not nearly long enough to pass final judgment on a game’s quality, it was enough to suspect that this sequel kept everything good about its predecessor and tweaked it.

Middle Earth: Shadow of War continues where its predecessor left off in the sixty or so years between The Hobbit and The Lord of the Rings trilogy. The player once again takes control of Talion (and perhaps Lithariel, though not confirmed) who is still renting out space in his body to the spirit of Celebrimbor, who doesn’t actually pay rent but is somehow involved in keeping Talion from behaving like the corpse he is supposed to be. Like before, Talion combines his combat prowess and athleticism with Celebrimbor’s supernatural powers, where he can see beyond the limits of the sight of man, break the will of enemies and make them fight for him, scale buildings and fall from any height and most importantly be able to recover from fatal encounters.

The Nemesis system introduced in Shadow of Mordor returns in Middle Earth: Shadow of War but has been expanded. Talion’s followers can include multiple races of Middle Earth including uruk, orcs and trolls. The followers’ behavior will be shaped by how the player interacts with them, though details on how this facet will actually play out in the final game are unknown at this time, though the interactions with the followers is designed to make this upcoming title play more like an action RPG than its predecessor and hopes that these tweaks to the Nemesis system will make each playthrough a more unique experience. It is stated that some of the player’s followers and nemesis from Shadow of Mordor may be transferable to Middle Earth: Shadow of War. 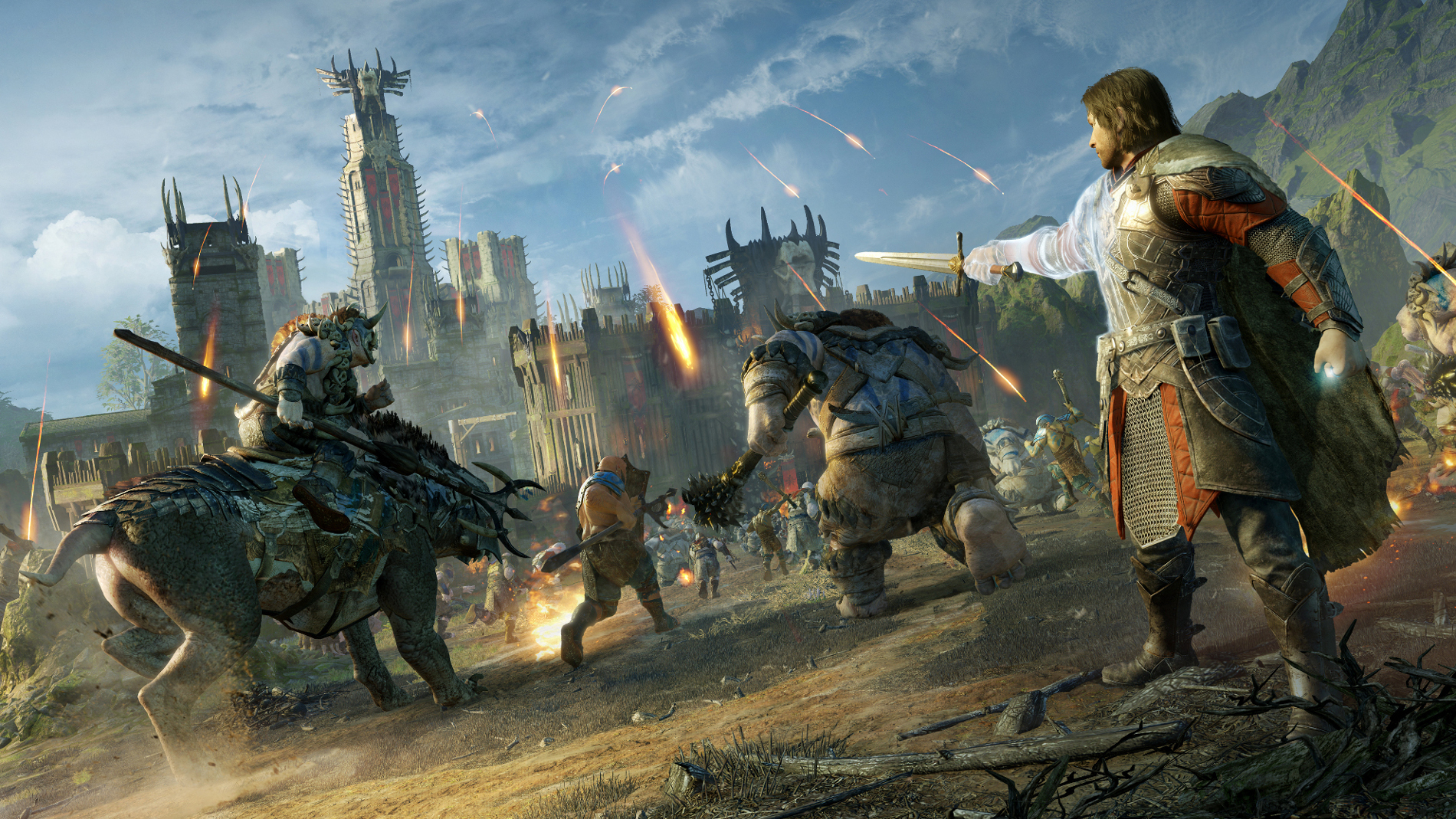 Like its predecessor, there will be main quests to advance the story along with side quests that can increase Talion’s power and help amass his army of followers. The open world style will remain where the player is free to choose what order they take on the various missions, and the standard mechanics of taking on enemies with melee attacks, elf shot or going in for stealth kills returns, with the player able to scale walls and drop down from above. If the player finds himself outnumbered in a battle they will be able to summon aid in the form of both humanoid and beast. Something new about Middle Earth: Shadow of War are epic boss battles against enormous creatures such as a balrog that feature cutscenes as the battle progresses across several areas, similar in fashion to boss battles from that series of games about an angry bald Spartan. These battles, at least the one played at PAX, require the player developing a proper strategy and not just spamming attacks.

Adding another element of strategy are the fortress missions where the player will select a group of followers to assist them in taking over an enemy outpost. Taking time to assess the different ranking enemies in each fortress is wise since their weaknesses can determine what abilities one would equip with their own followers. For example, when taking on a fortress where a lot of enemies are weak against fire it would be smart to equip a lot of fire skills on one’s followers, provided none of the followers that are accompanying Talion into battle have a fear of fire. Of course, another option to make taking over a fortress easier would be individually target the leader’s officers and either kill them or make them followers prior to the mission. Theoretically one could make the officers all spies and give themselves an advantage in taking over the fortress, though they may or may not choose to stay at the location the player wants them. Regardless, playing through a fortress mission was quite enjoyable, and does still require some environmental awareness and team management while still being action packed. 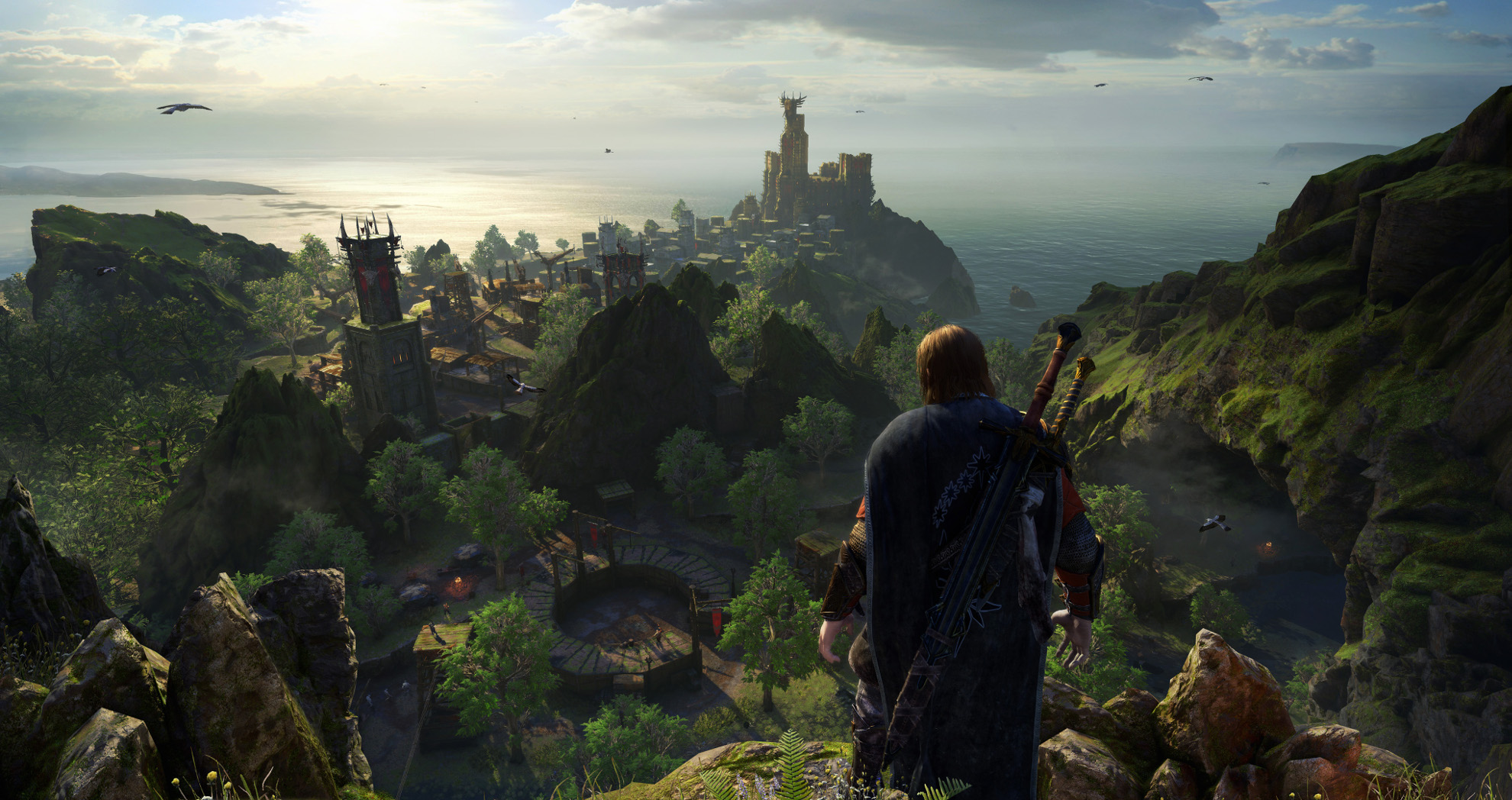 Middle Earth: Shadow of Mordor was a very impressive title in 2014 which means Middle Earth: Shadow of War has a lot to live up to. After playing about an hour of an unfinished build it seems the developers understand the concept of what fans want with the sequel, which is keep it the same except somehow make it better. We won’t know for sure if they’ve succeeded in this endeavor until October 10, but the return of the familiar gameplay, updated nemesis system and the newly-added fortress mode should give fans reason to be hopeful.