Big events, in-game tournaments and more are coming to Rocket League some time in the future, but even though Psyonix doesn’t really know when exactly when these features will be coming, they shared their plans in a blog post today.

While there have been seasonal events in Rocket League before, like the Winter Games, Psyonix wants to start having bigger scale events a la Overwatch’s summer games. What this means is that they’ll be releasing new items and ways to earn currency and then allowing you to buy specific items that you want with that currency. They’ll also be introducing decryptors, which will be available to earn during events, that allow you to open crates without a key. You’ll only be able to earn three decryptors and you’ll only be able to get them during the event time, but they said that they’ve seen people asking for ways to open crates without having to spend money and wanted to implement a way to do so.

They’ll also be introducing cross-platform parties. The feature will come some time next year, but a beta will be happening later this Fall to test out the system. The idea is to have people on any console or PC able to create in-game parties with one another, and even be able to friend one another. This all hinges on the fact that Nintendo, Steam, Sony, and Microsoft will all have to agree to this, but Psyonix seems pretty determined to get it done. 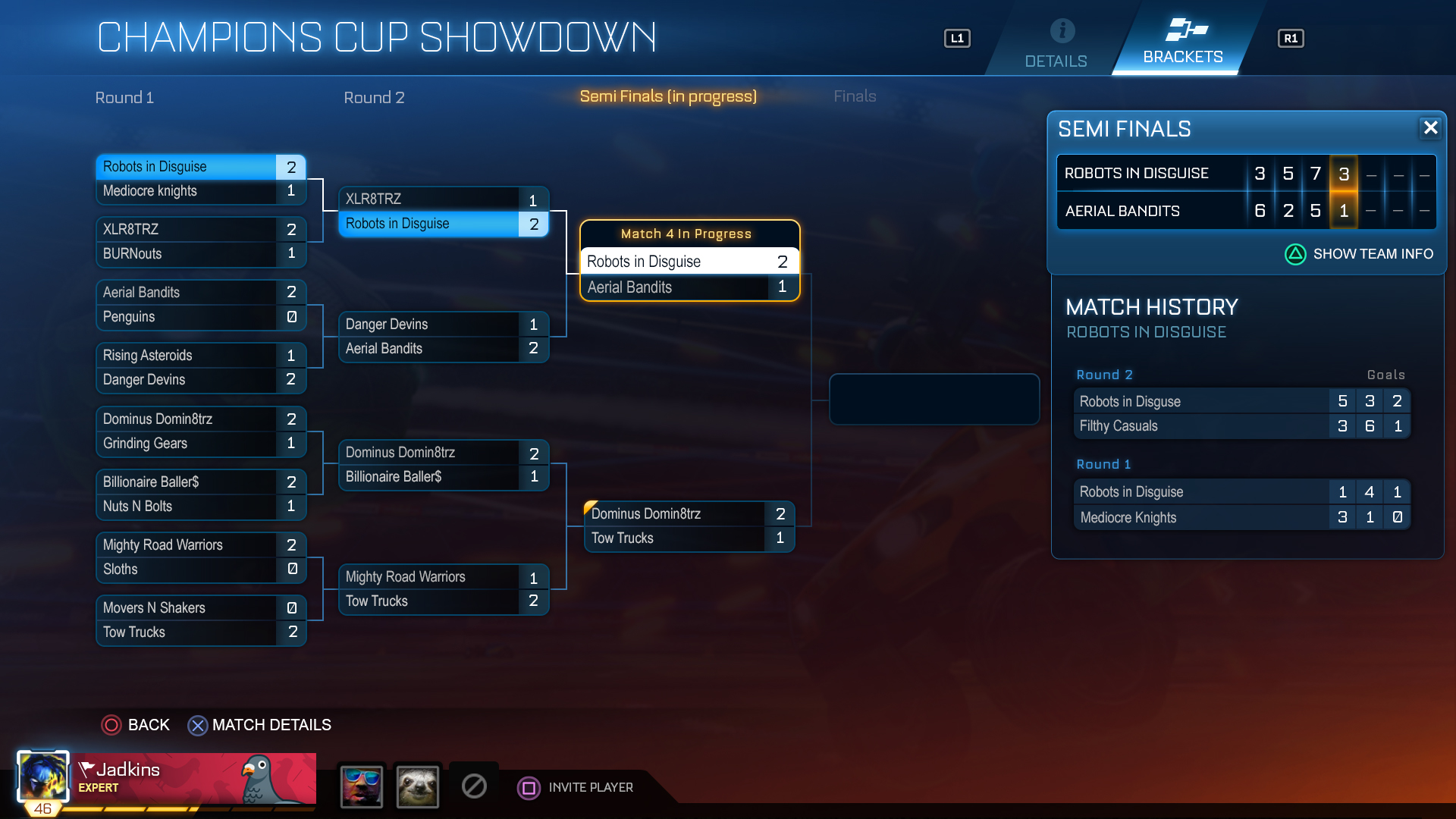 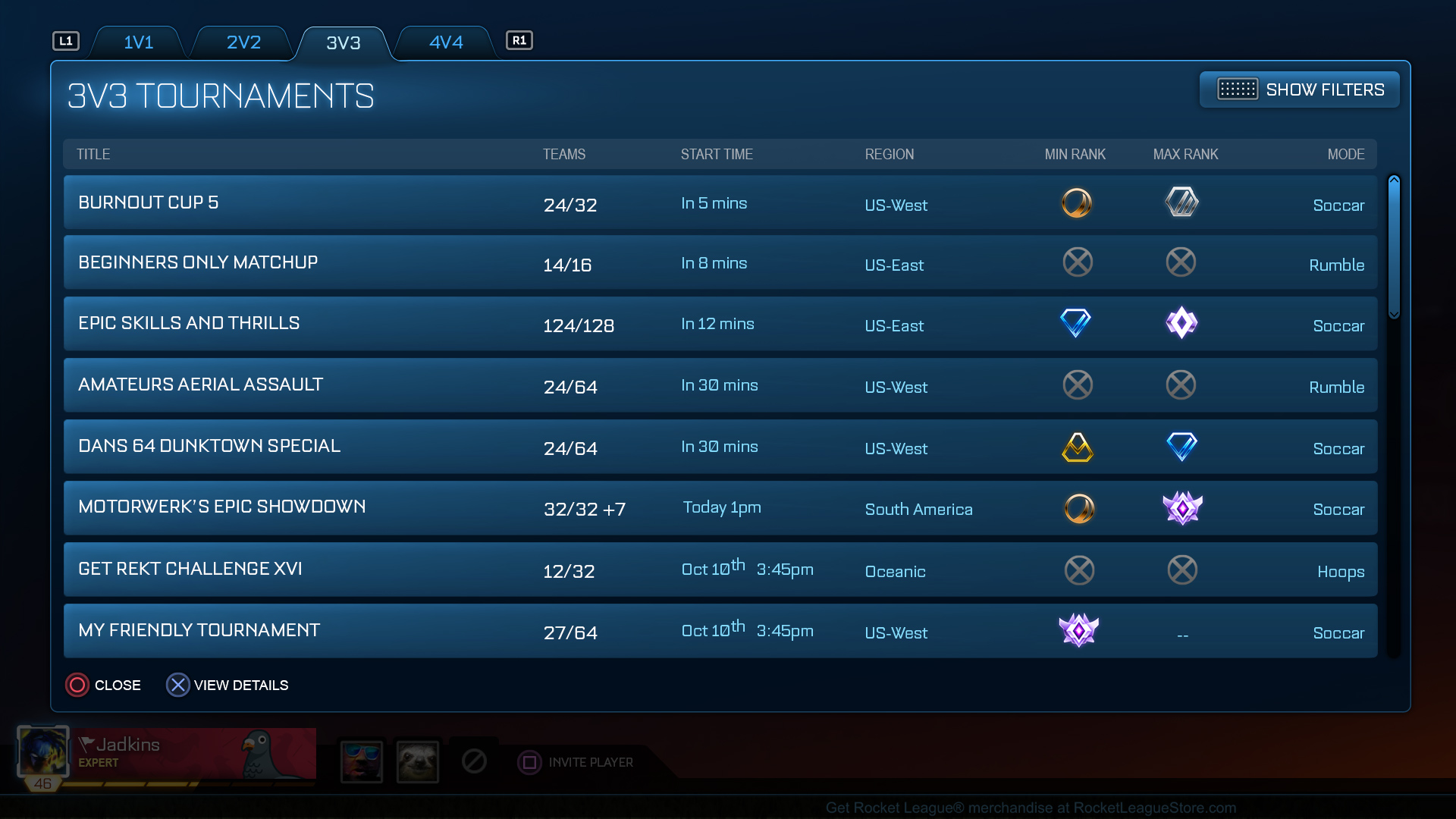 Probably the biggest thing coming, however, will be Tournaments. Psyonix will be beta testing this feature later this year as well and plans to release it officially sometime next year. What it will be is an in-game system that allows players to set up tournament brackets and offer up items as prizes. Brackets can be made up of anywhere from 8 to 128 teams, can be made public or private through the use of a password, can be cross platform and can be restricted to players of a certain rank. These settings are all set up by the organizer. If you’re looking to get in on a tournament, there’s a server browser type feature that allows you to search for specific tournaments using any of the qualifiers that the organizer might have specified. Tournaments will also work over LAN, support for which will be part of the upcoming Fall update.

Matches can be best of three, best of 5, or best of 7, and the finals can be different from qualifying matches. So for instance, if you want the regular matches to be best of 3 and then the finals to be best of 7, you can set it up that way. Matches will also start automatically when it’s time for them to start, so that you don’t miss your chance to get in on the tourney just because you were grabbing a snack. After the tournament has concluded, you’ll be able to look back at the bracket and see how it all went down, see stats from the games. While at first tournaments will be set up and organized by the community, Psyonix also wants to host their own automated tournaments on a daily basis that will dish out some of the cool new items that will be coming with the Fall update. Tournaments organized by the community will have to have the item they’re offering up in their inventory, and will have to give it to one of the winners. How that will be decided (who gets the item) is still something Psyonix is working on, but they don’t want to make copies of items, since their item marketplace is a delicate system that’s curated. 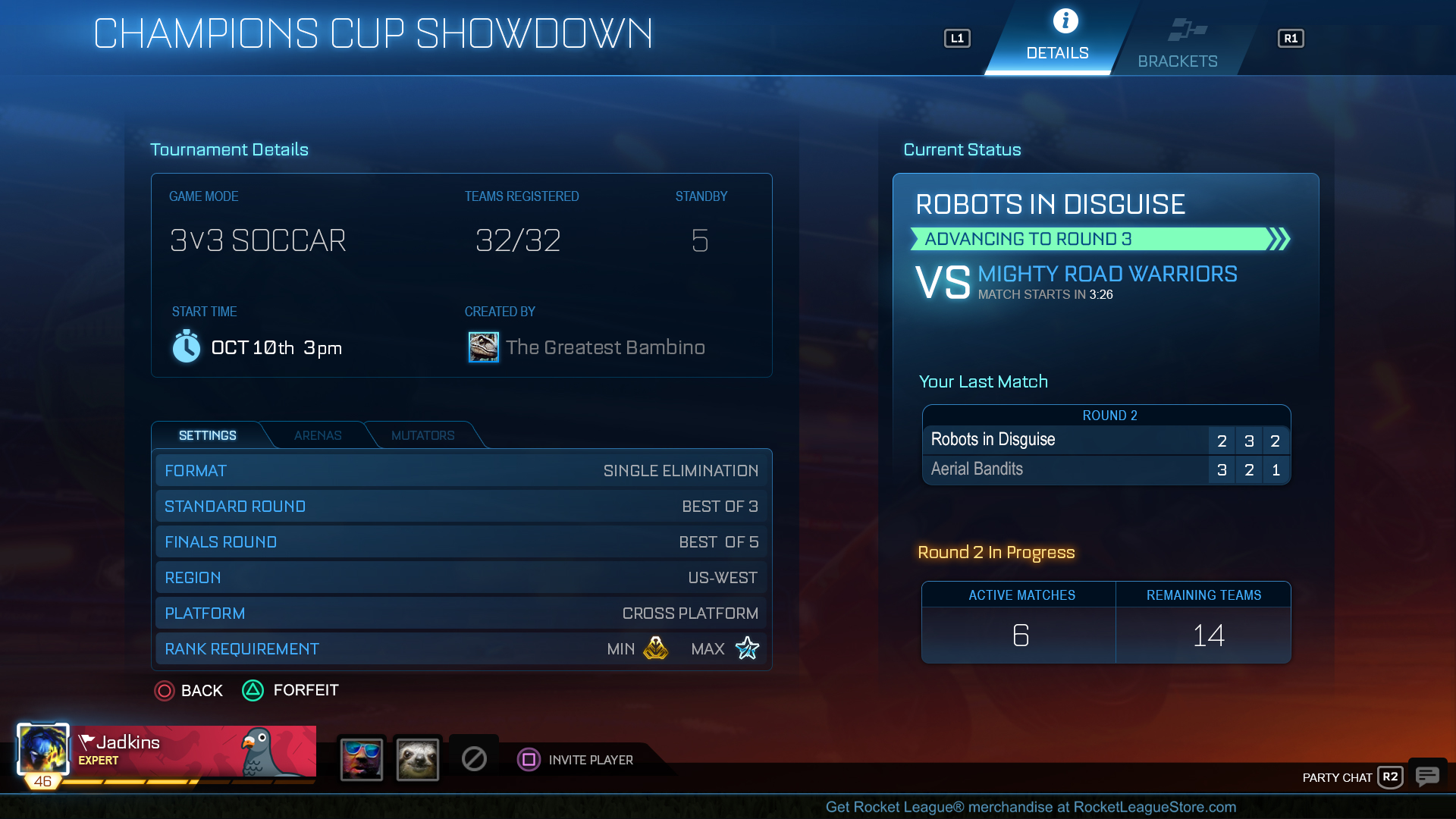 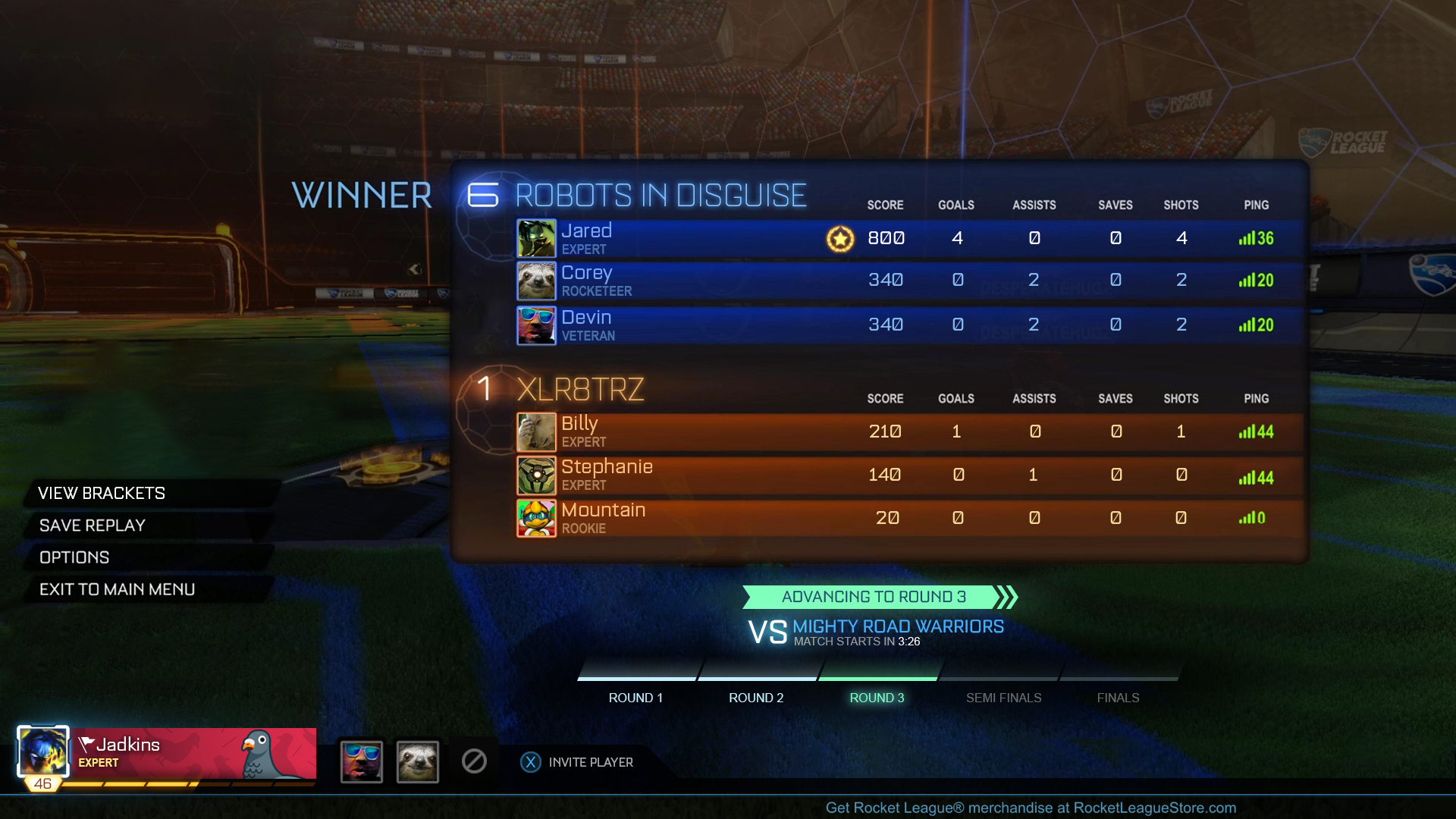 There’s a lot ahead for Rocket League, both coming this Fall and into the future. It’s obvious how much they are listening to their community and focusing on making quality of life changes to the game. They also see how big the competitive side of their game has become, and are catering to that audience as much as they can. So even though we might not get a lot of these features for a while, it’s cool to know that it’s coming and that Rocket League is still one of the most community oriented games out there today.