We’ve been using the NES30 Pro as a primary Switch controller ever since the firmware patch for that console went live a few months back. It’s a fantastic blend of a SNES and NES pad with modern-day features like twin sticks, but did lack some extra features that the regular Pro Controller had. Today, the company officially announced that the SN30 Pro will be made with rumble and motion controls built in, and will work with the same devices as before. This means that PC, Android, iOS, and Switch users can get a fully-featured controller for on-the-go gaming. The SN30 Pro also has an optional smartphone clip to make mobile gaming even easier, and looks like the best overall wireless alternative for Switch users.

Many wired controllers have come out on the Switch, including the Hori pad and a 360-style controller – but none of them have had motion controls or rumble. This will be the first Switch controller outside of the Pro controller to feature those options, and should provide a richer gameplay experience for games like Mighty Gunvolt Burst that use the rumble feature to improve the overall game. The improved bumper and trigger setup should also feel more natural for racing and FPS games as well. The SN30 Pro is available for pre-order on Amazon with a $49.99 price tag and will ship on December 10. 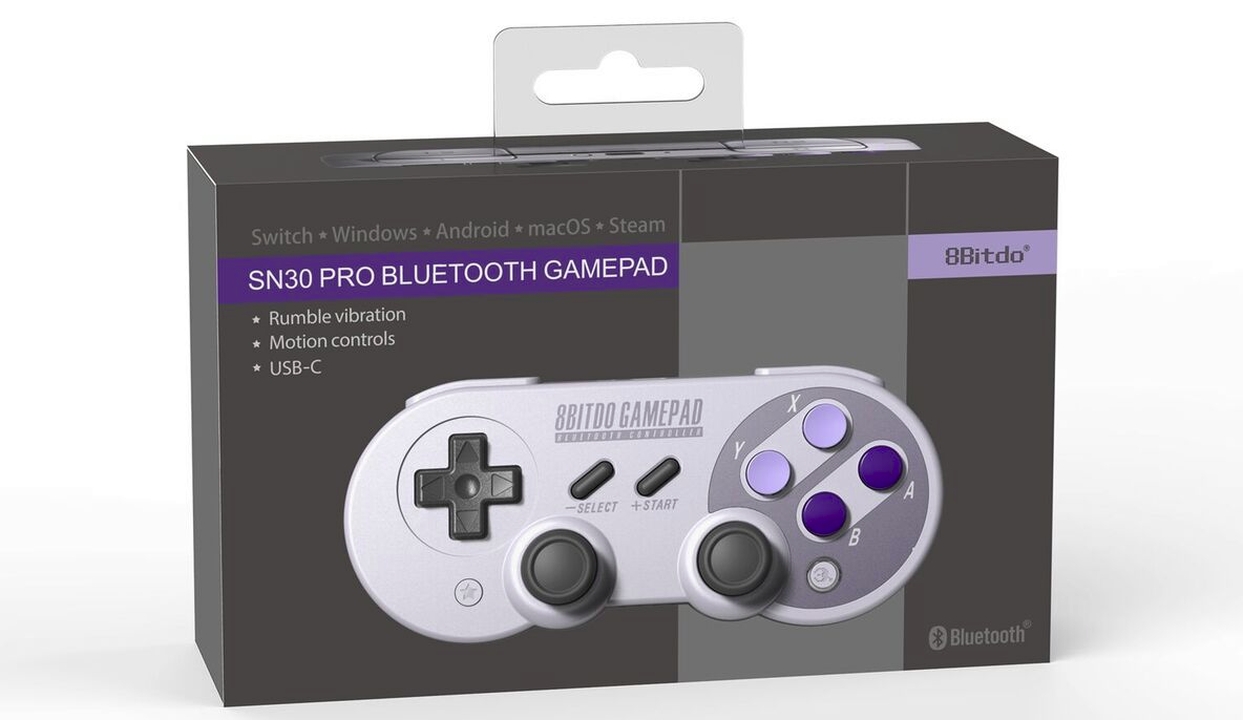