DigiPen Institute of Technology is an independent school where people can go to learn about game design and all of its intricacies. Each year, students who are learning about different parts of the field come together and create a development team, hatch an idea and spend the semester working on that project. Some of those projects make their way to industry events like PAX and some are taken further and made into actual games made for sale. Prysm Break was created by one of the DigiPen teams and its simple concept turns into one of the most interesting platformers I’ve ever played.

The premise of Prysm Break is that you play as a white ball, or droplet, or something — it doesn’t matter — but when the white ball passes through a barrier of a certain color, that portion of the ball is left behind. So if you were to pass the white ball through a blue line, a new blue ball would be created, and the white ball, now lacking blue, is orange, because that’s how colors work. Now you’re controlling both the blue ball and the orange ball at the same time, having to simultaneously play as two “characters” on screen. But it gets crazier, because once you pass the orange ball through a red or yellow line, those two primary colors split off from each other, and then you’re playing as three balls all at once. 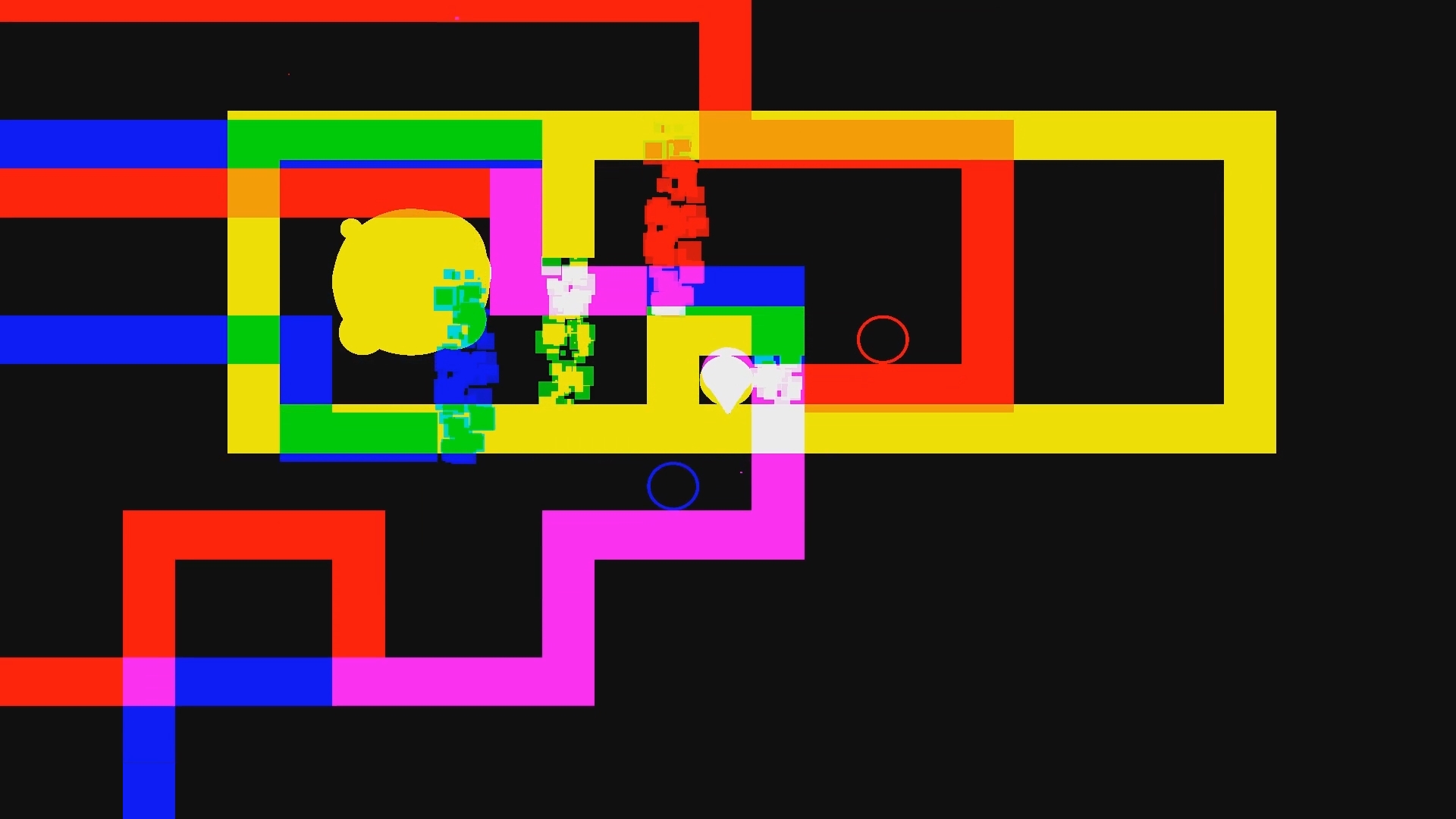 It’s insane, but with the great level design that comes along with Prysm Break, it never feels unfair or too difficult. Prysm Break also lacks a fail-state, meaning that you’ll never “die” or have to restart a level. You can restart manually if you get too discombobulated, but it will never force you. The design is structured so that you’ll split apart and come together to become white again throughout, with sort of puzzle elements that require you to figure out how you’re going to get all three balls up these platforms without leaving one behind or having one run into a wall that the other two don’t have to worry about.

The Prysm Break team didn’t have any artists, so that’s why, I was told, the art style is so simple. It’s alright, though, because the gameplay and audio design make up for it. The music in Prysm Break is all procedurally generated, adapting to the players actions, and it’s well done. It’s synthy and mello, adding an ambiance that makes everything feel calm. The sounds design itself is really only there in the sound that the balls make as they hit walls or land on the ground and there’s sort of splat noise. It’s simple, but well designed and there would be something missing if it wasn’t there.

Prysm Break was one of the coolest and freshest feeling games I’ve played in a long time. And the crazy part is is that you can download it for free right now at the DigiPen website. So go check it out and congrats to the team of students at DigiPen that pulled together a cool game in a short amount of time and with a small team.