Guardian of the Gears is a short and simple 3D puzzle platformer from a group of student developers at DigiPen Institute of Technology and it was incredibly designed. At DigiPen, students are set up in small teams and tasked with creating a game, given basically total creative freedom plus guidance if needed. But from what I learned about the team behind Guardian of the Gears, they seemed to have a good group of people who were focussed and had a clear vision. What came out of it was an intuitive puzzle platformer that had great ideas and made you think outside the box.

The main idea behind Guardian of the Gears is that you play as a small robot with a wrench that you can use to interact with some of the gears in the world, and you try to solve environmental puzzles to navigate to the next area, until you encounter a big bad boss towards the end whom you have to defeat by solving more environmental puzzles, while also dodging the boss’ attacks. It’s a pretty simple concept, but it’s done in such a way that never gets boring or frustrating. The mechanics are also simple but fun, involving only jumping, swinging your wrench to switch levers, and picking up power blocks that you insert into different things to make them work. With these blocks you’ll power elevators, make walls come up to block you from enemy sight lines, and make gears move that you can climb and ride around. 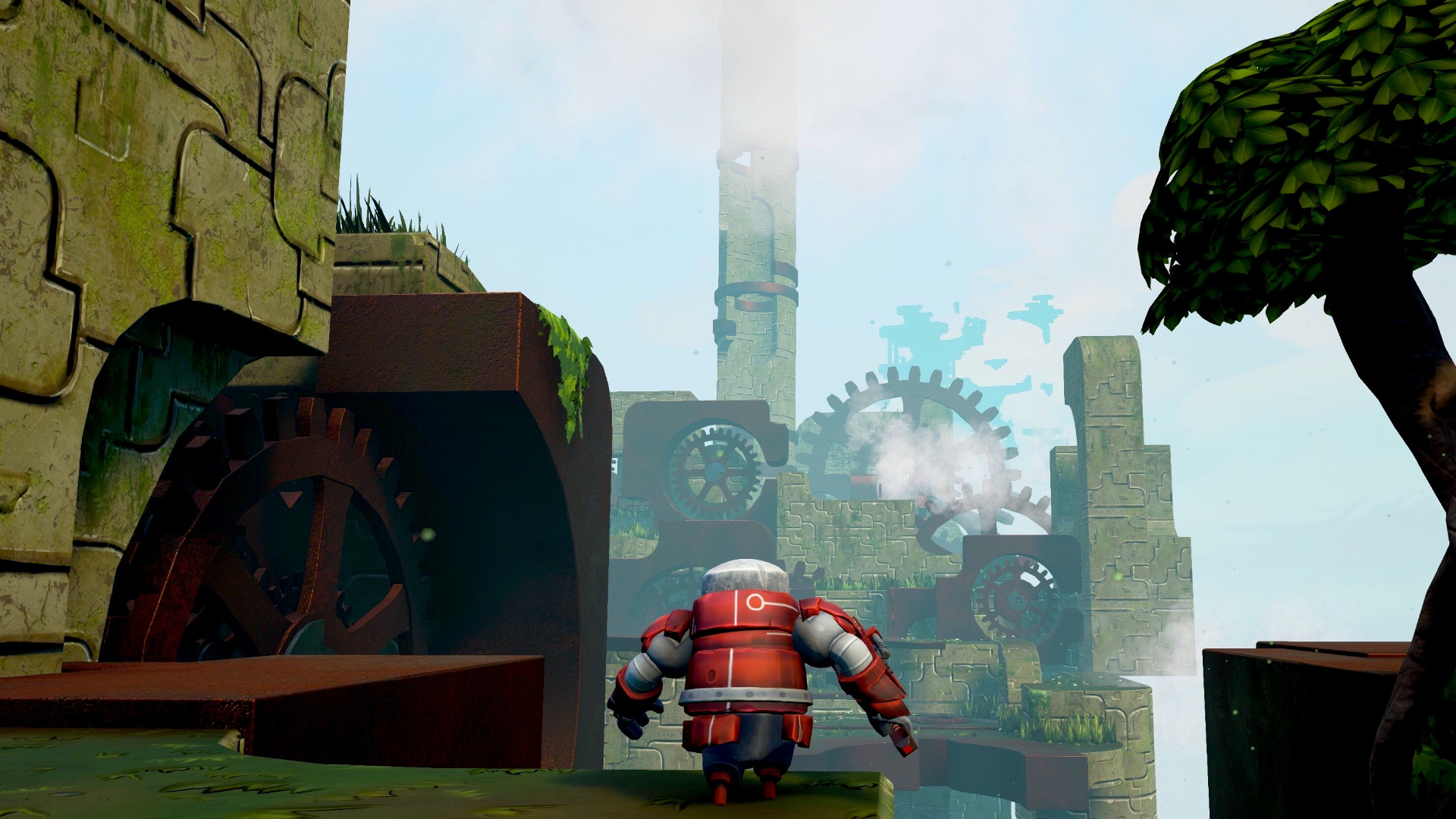 The art team for Guardian of the Gears also did a fantastic job. The world they built melds the mechanical world with lush greenery in a way that makes sense, which must have been a real challenge. The design of the guardian himself is stocky and cute, and he fits within that world well. Building a 3D world sounds like a huge feat on its own, but the DigiPen students also had to implement the environmental puzzles into their design and it’s impressively accomplished. The level design was set up in a way that guided me to where I needed to go, never hiding anything too well as to make me frustrated in my search for it. 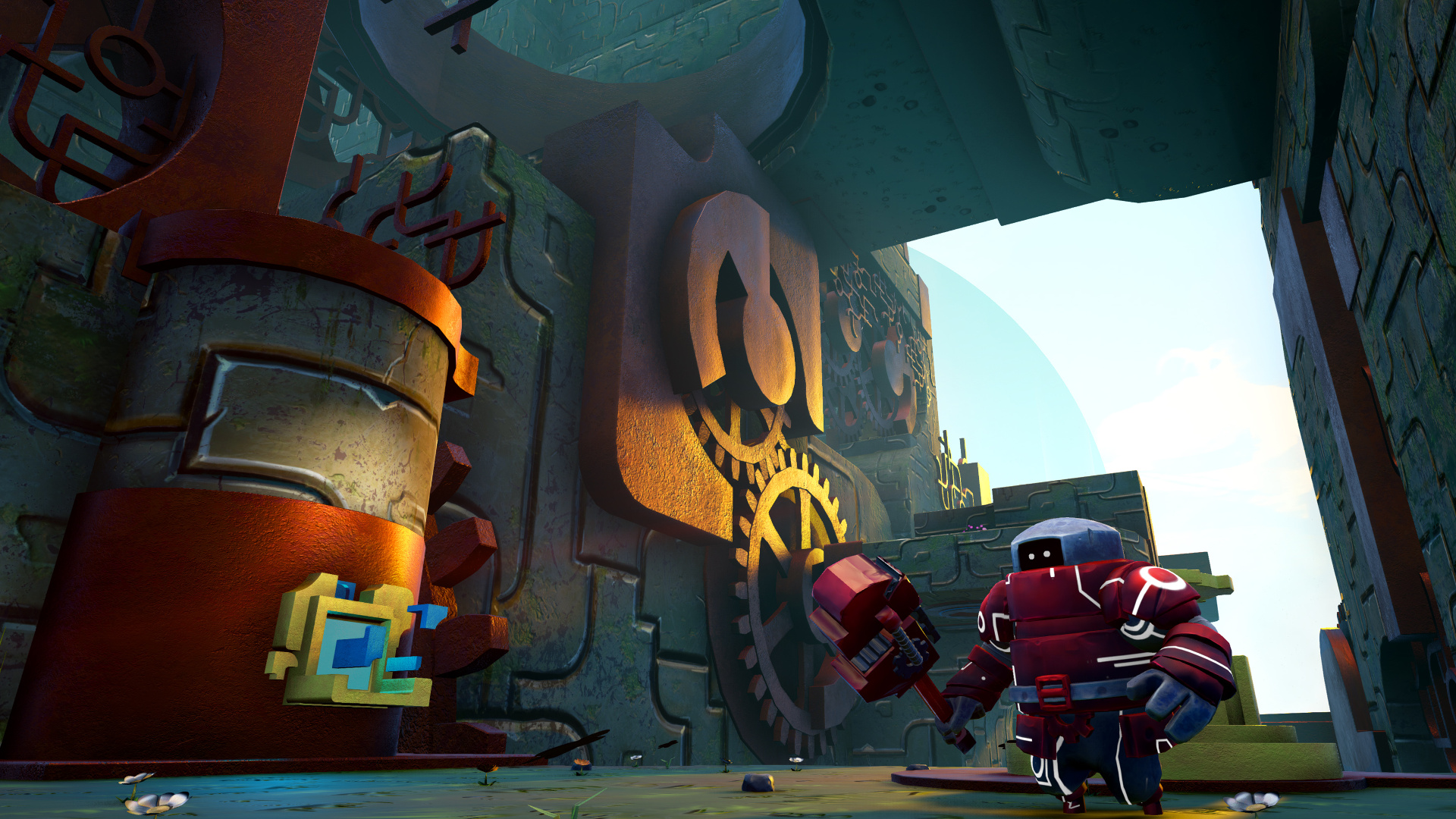 It all comes together in about 20 to 30 minutes of play, culminating in the aforementioned boss battle. It’s fun, short and beautiful, and the world that the team created is impressive. Looking at the DigPen games, it’s easy to see how much creative freedom the students are given and how much it pays off. Everything from the level design, to the art and music, to the mechanics of the game were all fresh and intuitive.

Guardian of the Gears, like all DigiPen games, is also free to download on the DigiPen website, so be sure to check it out. They have a ton of small games available for free made by previous years’ students as well if you’d like to peruse.