Despite the fact bullet hell sounds like the worst thing imaginable, this subgenre of shoot ’em ups can usually be surprisingly fun. Steambirds Alliance takes the concept of filling the screen with so many deadly projectiles there is virtually no safe space and transports it to the an MMO format with an emphasis on cooperative play. This title also features a form of permadeath, which sounds a bit intimidating considering what the average life expectancy can be in bullet hell shooters but they manage to work this into a roguelike permadeath scenario so not all hope is lost when the player is eventually shot down.

Steambirds Alliance allows for games to include up to forty players, so if players remain flocked together in game that can lead to quite a bit of carnage on screen between the myriad enemies and their projectiles combined with the actual human players, but if you aren’t comfortable with a screen flooded with excessive peril and risk of imminent destruction on virtually every single inhabitable pixel of on screen real estate you probably wouldn’t be playing a bullet-hell. 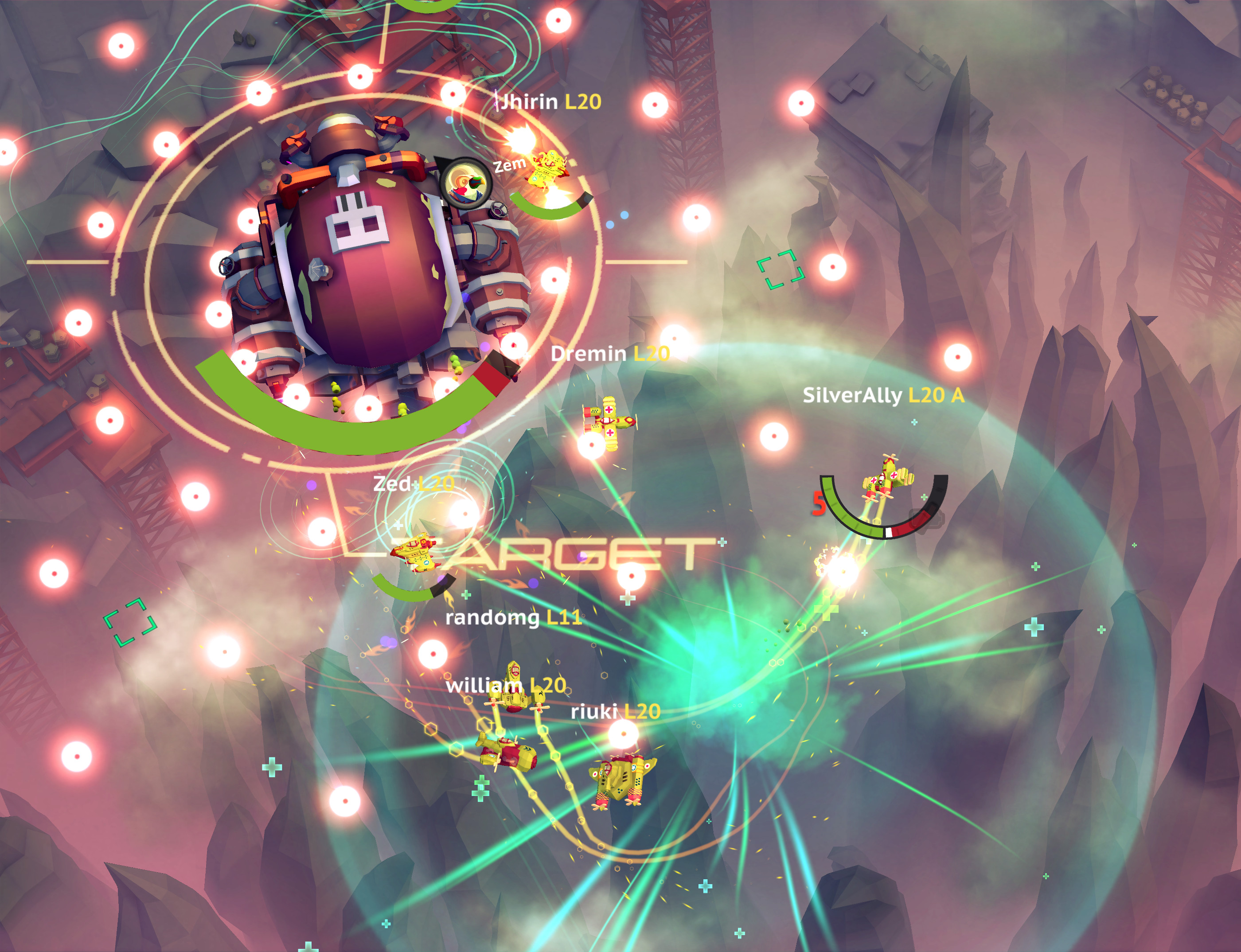 Taking a look at the logo and screenshots, it is clear that Steambirds Alliance is a bright and colorful game, and while it is action packed and by its nature violent it doesn’t feature graphic violence or any real horrific imagery. This is a title that is meant to appropriate for all age groups, not geared specifically toward children but it’s a title parents could play with their spawn. This aspect was taken into the philosophy of the game design and contributed to why it is a co-op game instead of competitive, so families and friends can all play together and assist each other instead of trying to destroy one another, though competitive gameplay can be just as equally bonding among friends.

Steambirds Alliance plays in a vast open field where the players are free to set their own travel course and take on secret missions, tons of unique enemies and collect different planes to fly and master. Once a player is shot down, that plane is destroyed forever in permadeath (permacrash?) but the pilot somehow miraculously survives and depending on how well the player did even leveled up a little. Players can stay with their friends or branch off and find their own path to travel. Steambirds Alliance is not incredibly difficult, at least not by bullet-hell standards. It’s not like Ikaruga where success at staying alive can be measured in the same time period as riding a bucking bull. It is a bullet-hell and the issue of dying is definitely when and not if, but players will most likely be able to survive long enough to feel like they’ve made some meaningful progress. 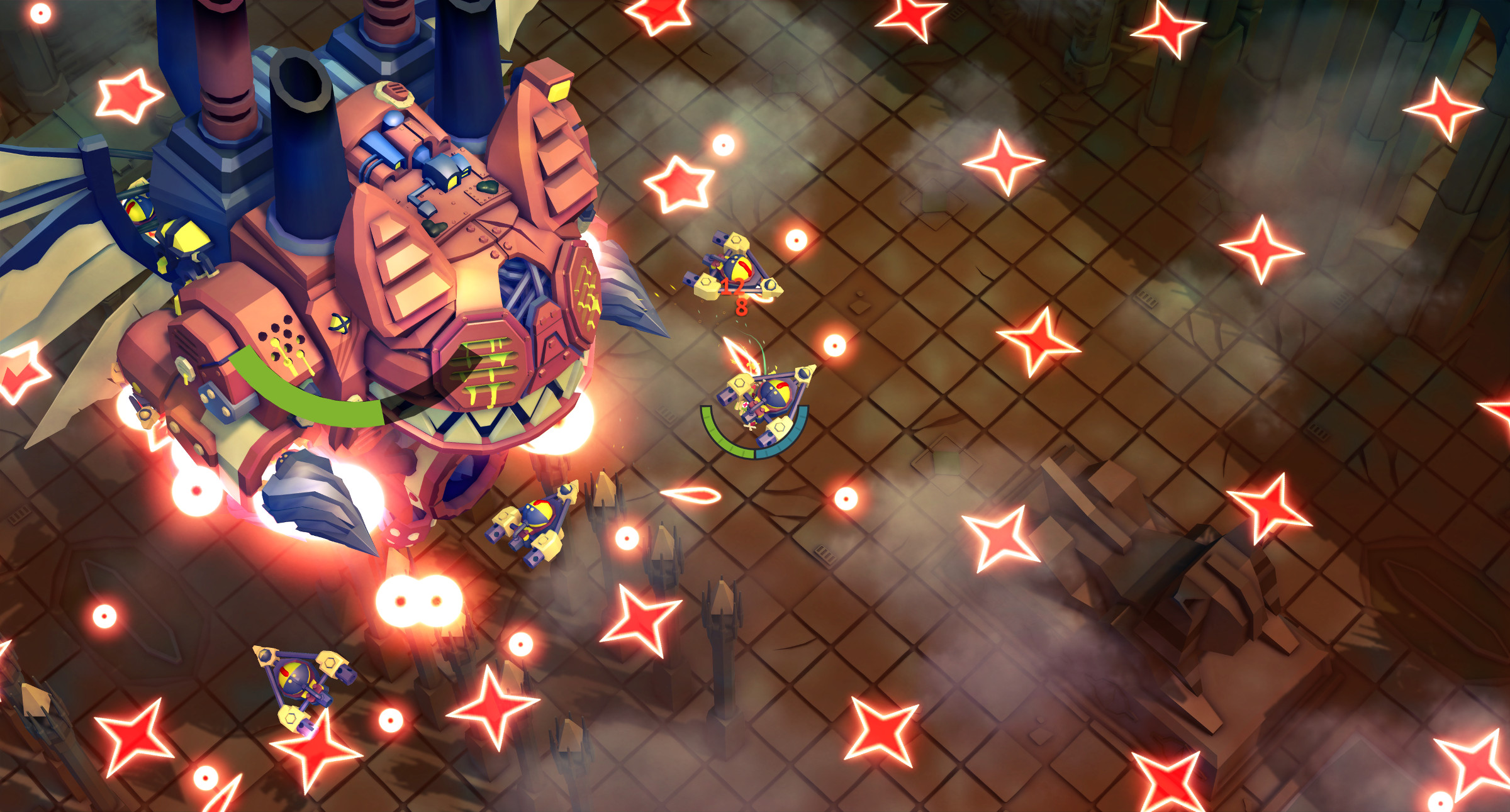 Steambirds Alliance is a rather unique bird that marries roguelike RPG elements to a bullet-hell shmup and brings it to a cooperative MMO setting that is suitable for all ages and skill levels. The gameplay is actually quite fun and like most things the idea of blowing up a ton stuff is always enhanced with friends. No release date is set in stone, there is slight chance it may see the light of day at the end of 2017, but 2018 sounds more likely. This free-to-play title is destined to arrive on PC but there is some possibility it may also see a console release.