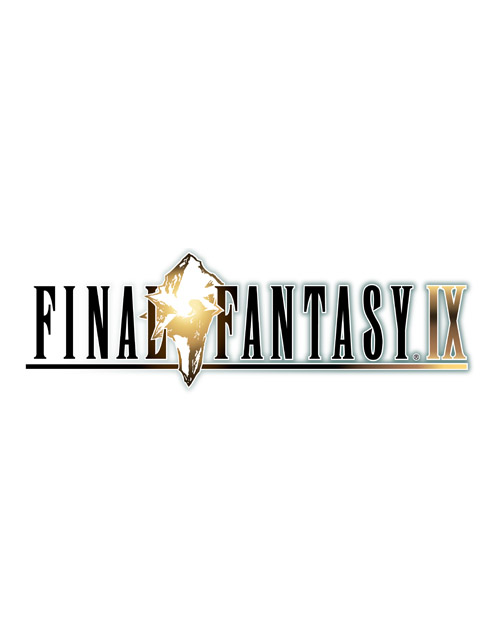 Last year was big for the Final Fantasy franchise as a whole. Granted, the series has become far from irrelevant, but this marked a banner year that not only saw the long awaited Final Fantasy XV, but numerous spinoffs and ports. This included World of Final Fantasy, Final Fantasy X/X-2 HD Remaster for PC, Final Fantasy Explorers, Mobius Final Fantasy, Final Fantasy: Brave Exvius, and of course, Final Fantasy IX for PC and mobile devices. Among these, there was one game that stood out that rekindled our love for the series: Final Fantasy IX. It’s a game a lot of gamers seem to forget about, while the hardcore fans shout from the rooftops about how it’s one of the greatest titles in the long-running franchise. It was a return to form, with a strong focus on traditional settings and story elements, reminding us that the series used to be about intriguing fantasy worlds filled with kingdoms and knights, not just bleak futures. Oddly enough, Square Enix has decided to skip over Final Fantasy VIII and bring PlayStation 4 owners its successor.

We could go on talking about how much Final Fantasy IX is one of the best games in the series due to its focus on traditional Final Fantasy values, but most of us already know that. Instead, we’re focusing on the quality of the port and the various new inclusions that have been integrated into the release. One of the most useful new additions is the “Continue” feature. The original game simply had new game and load functionality on the main menu, but what has been implemented in the PS4 port is essentially an auto-save system. Anytime you enter a room or area, the game will save, allowing you to restart a portion of a location with ease. This is especially convenient if you need to leave your PlayStation and can’t find a save point anywhere, something that isn’t uncommon with these lengthy, older RPGs. It may not be the same as save states where you can load at any spot in the entire game, but it certainly helps in tight situations. It ensures that players won’t be losing hours of gameplay due to power outages, unforeseen game overs, crashes. 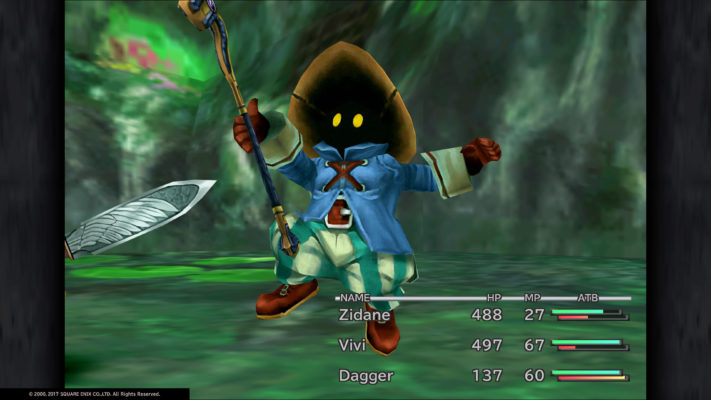 Outside of the auto-save feature, Final Fantasy IX comes with a number of boosters that are applied during the pause screen and in the configuration menu. This includes a fast forward button, which runs the game way faster than anyone should play it at, auto-attacking which can be quite useful when grinding, no random encounters for getting through areas with ease, and just a bevy of cheats that range from damage modifiers to obtaining maximum Gil. As you can see this isn’t your traditional port as Square Enix has created a number of new features that help streamline the occasional grindy experience, not to mention help if you get stuck.

The big question a lot of fans are wondering is if the game has received a graphical upgrade. The answer is a faint yes. Because the majority of the environments are pre-rendered, they still retain their low resolution imagery. Fortunately, character models and even some pre-rendered cutscenes have been touched up to give more clarity. Doing this, though, really brings out the outdated and low resolution backgrounds, and while the CG cutscenes seem to have been touched up slightly, they seem to run at a lower frame rate. Outside of that, the menus have been completely reworked, although the nostalgia is diminished in the new, wider battle user interface as it’s far bulkier than it should be. If the PS4 port supported widescreen, which it doesn’t, maybe the wider battle interface would have been beneficial, but now it feels like it takes up too much space.

As you’d come to expect, considering how great Final Fantasy IX ran on PC, the PlayStation 4 version is no different. Because of the low polygon models and pre-rendered backgrounds, it’s no real surprise that this seventeen-year-old game would perform so well. In terms of framerate, as far as we can tell, nothing has changed, with the gameplay being capped at 30fps and cinematics at 15fps. With that said, there is one aspect that has improved from the previous iteration: anti-aliasing. This was a slight issue last year as you couldn’t adjust this graphical trait in the game (at least without third-party applications), but the PlayStation 4 version actually comes with higher anti-aliasing properties (or models are rendered at a higher resolution) to better smooth edges. It’s with this that it could be seen as a superior version. 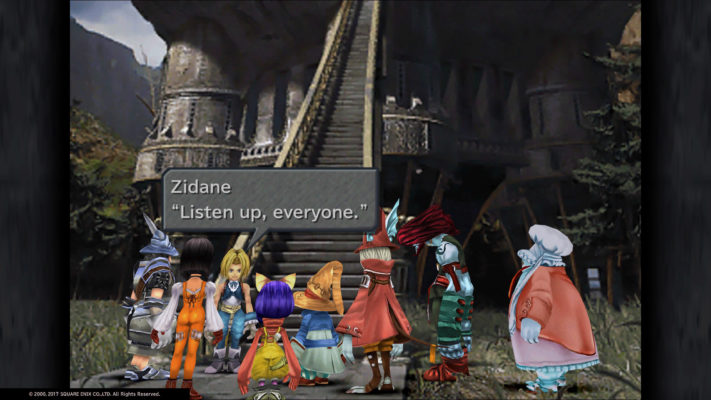 For a seventeen-year-old game, Final Fantasy IX has aged incredibly well. If you picked up the accessible and easy to run PC version last year, then this probably isn’t for you as it’s virtually the same game, just with a couple tweaks to better accommodate the control scheme and additional signage in the pause menu. One aspect that has improved is the better anti-aliasing techniques, which gives those low-poly character models a sharper look. Outside of that, though, this is the same fantastic JRPG with a compelling story and loveable characters from so long ago. You’ve had nearly two decades to play Final Fantasy IX. If you somehow passed up on it for so long, you have no excuse to avoid this JRPG classic now that it’s on PlayStation 4.