A mashup of MOBA, Rocket League and Overwatch, Breakaway is a unique game from Amazon Games Studios that combines all of the popular things going on in the competitive arena these days, and it turns out to be a good attempt at something new.

So in Breakaway, you play on two teams of four, with warriors of different skill sets and with different abilities and your goal is to get a ball from the center of the arena to a goal on the other team’s side. There are assault characters, defense, tanks, and healers, and each character also has a specific buildable item that they can place down in the world that will help their team in some way for an amount of time. For instance, I was playing as the healer Alona when I got a chance to check out Breakaway, and had a flower totem that would heal anyone within its range. Right now there are eleven characters in the game, and they are all really great designs, really inspired by fantasy/D&D. Everything from an ice-dwarf to a dark sorceress, to a islander-princess and a giant tooth monster with an axe. Their abilities and buildable are all super unique too, so picking a character will be something to really think about, as your play style will have to be taken into account. Abilities, weapons, and more aesthetic choices like taunts and dunks can also be made.

Breakaway also features a super tight map design. It’s set up in three lanes, with high and low sight lines, and a circular goal on each end that is raised and can have the ball thrown in or dunked in by jumping into it. The third person point of view makes it easy to be aware of your surroundings, although I personally prefer a closer camera angle or even a first person perspective. MOBA players will love the camera in Breakaway, however. The high angle also lets you more easily line up shots and passes, and can make seeing over boundaries and around corners a lot easier. What it also does, though, is leave a lot to be desired when it comes to precision. With the camera zoomed out so far, it’s kind of hard to see where you’re going to be shooting/swinging or where attacks are going to land. This might just be a personal preference kind of thing, but in a game where you’re trying to make goals, precision is key. 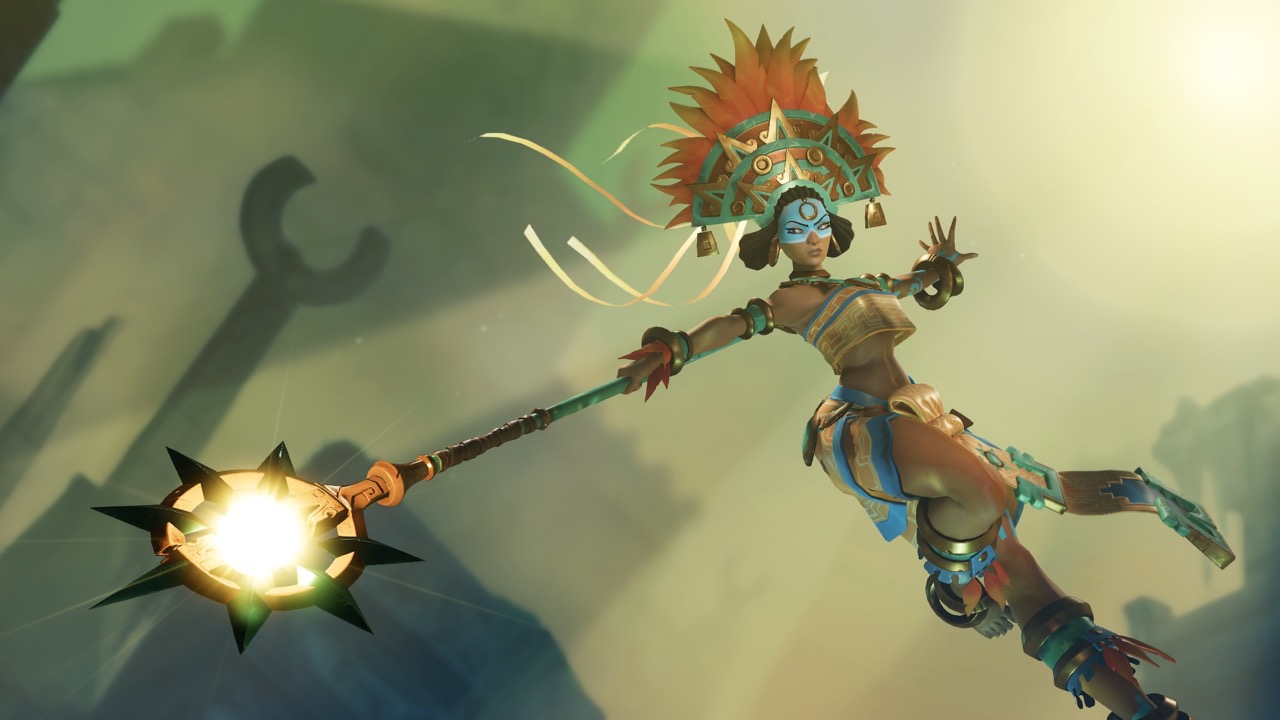 The biggest advantage this game has when it comes to its success, though, is that it’s being made by Amazon Game Studios, which means that as an Amazon subsidiary it has full access to Twitch and the ability to integrate with the platform. Things like Spectator Mode, the ability to play with your Twitch followers, and a feature called Metastream that lets you customize what stats are displayed on stream make Breakaway probably one of the most streamer friendly games out there, and will likely add more of these features along the way. It will be interesting to see how this game catches on in streamer-world, and what Amazon and Twitch do in terms of promoting the game.

All in all Breakaway is fun. It’s a hodgepodge of different of competitive games that are so hot right now, and it does a good job of cramming them all together into a gameplay style that feels fresh. It does a good job of balancing the importance of strategy and scoring with the shooting and killing that might be distracting from the actual goal of the game.

There’s no release date or price listed for Breakaway yet, but it will be coming to PC and is rated T for Teen. It’s also available to play in Alpha right now if you sign up here. So have you played the Alpha? What do you think? Let us know in the comments.