A New Look at a Broken Earth in Serious Sam 4: Planet Badass Trailer

Sony Interactive Entertainment has announced that Horizon Zero Dawn: Complete Edition will be coming to PlayStation 4 on December 5 in North America.

According to the PlayStation ‏Twitter account, the Complete Edition will include developer Guerrilla Games’ critically acclaimed title, all of the content from the Digital Deluxe Edition and the upcoming The Frozen Wilds expansion.

The Complete Edition is priced at $49.99, Sony confirmed.

Meanwhile, PlayStation Europe‏ has set a December 6 release date for the Complete Edition.

Horizon Zero Dawn, which launched in February 2017, sold more than two million copies in its first few weeks on the market.

The Frozen Wilds DLC was announced at Sony’s E3 press conference, with it set for release this November.

Hardcore Gamer’s review for Horizon Zero Dawn called it “not only one of the best-looking games of this generation, but a must own for every PlayStation 4 owner.” 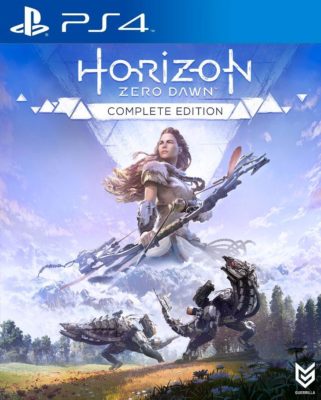