Dark Horse and Nintendo have made a pretty good team so far, releasing several art books for Fire Emblem, Splatoon, and Zelda, not to mention the Hyrule Historia. How would they fare with releasing brand new comics, though? And comics set in the ARMS universe, nonetheless? Well, we’ll find out next year, when a series of ARMS graphic novels begins, as was announced recently.

Unfortunately, that’s all the information we have on this right now, along with the teaser image seen below. Said image does show artwork by Joe Ng, an artist and illustrator for Udon Comics, but whether he has any involvement beyond these drawings is unknown. The ARMS graphic novels aren’t due out until Fall 2018, though, so that should give us plenty of time in between to either wait for more official announcements concerning them, or to speculate on just what stories these comics will tell. 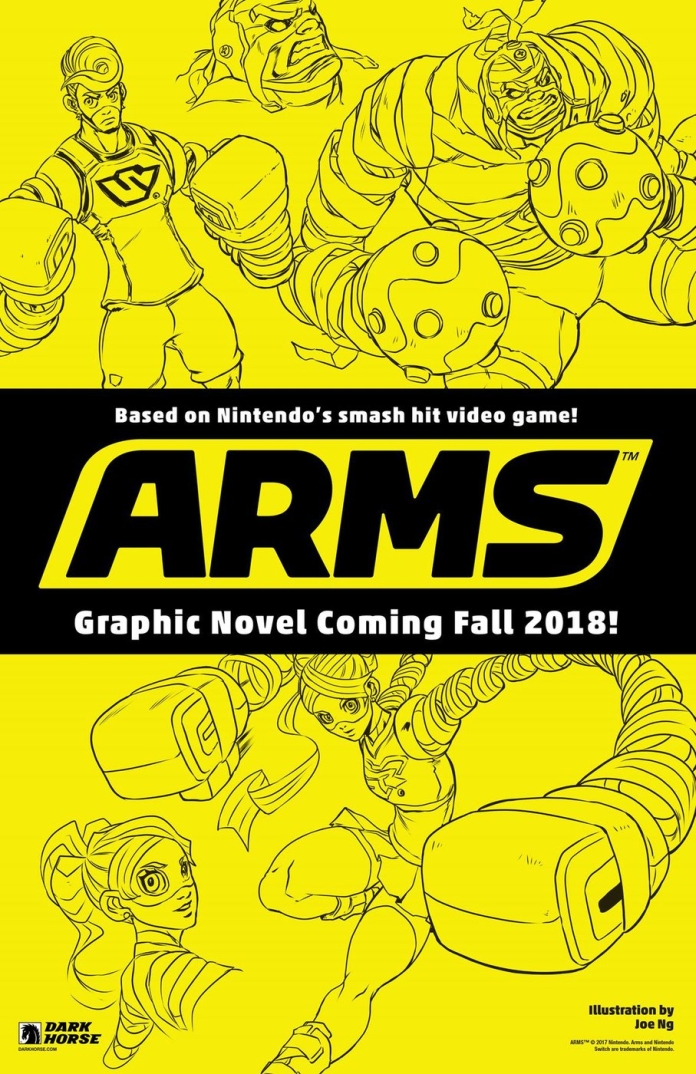