Assassin’s Creed Origins: Desert Oath begins in the year 70 BCE when Bayek is just fifteen years old in the town of Siwa. Bayek is the son of the town’s protector, who abruptly vanishes one day. Curious for answers, he sets off on journey along the Nile, and luckily for him Aya decided to also throw caution to the wind and venture forth from the safe confines of Siwa. During this perilous journey Bayek and Aya uncover the truth about the Medjay, the sworn protectors of Egypt. Being only teenagers, the combat prowess possessed by these two is not fully developed but even at this young age they are able to work together to overcome dangerous opponents. Fast forward several years into the future we see Bayek and Aya have entered adulthood, and have continued their training as they have since childhood, transforming themselves into formidable warriors with Bayek taking on the mantle of the last of the Medjay. 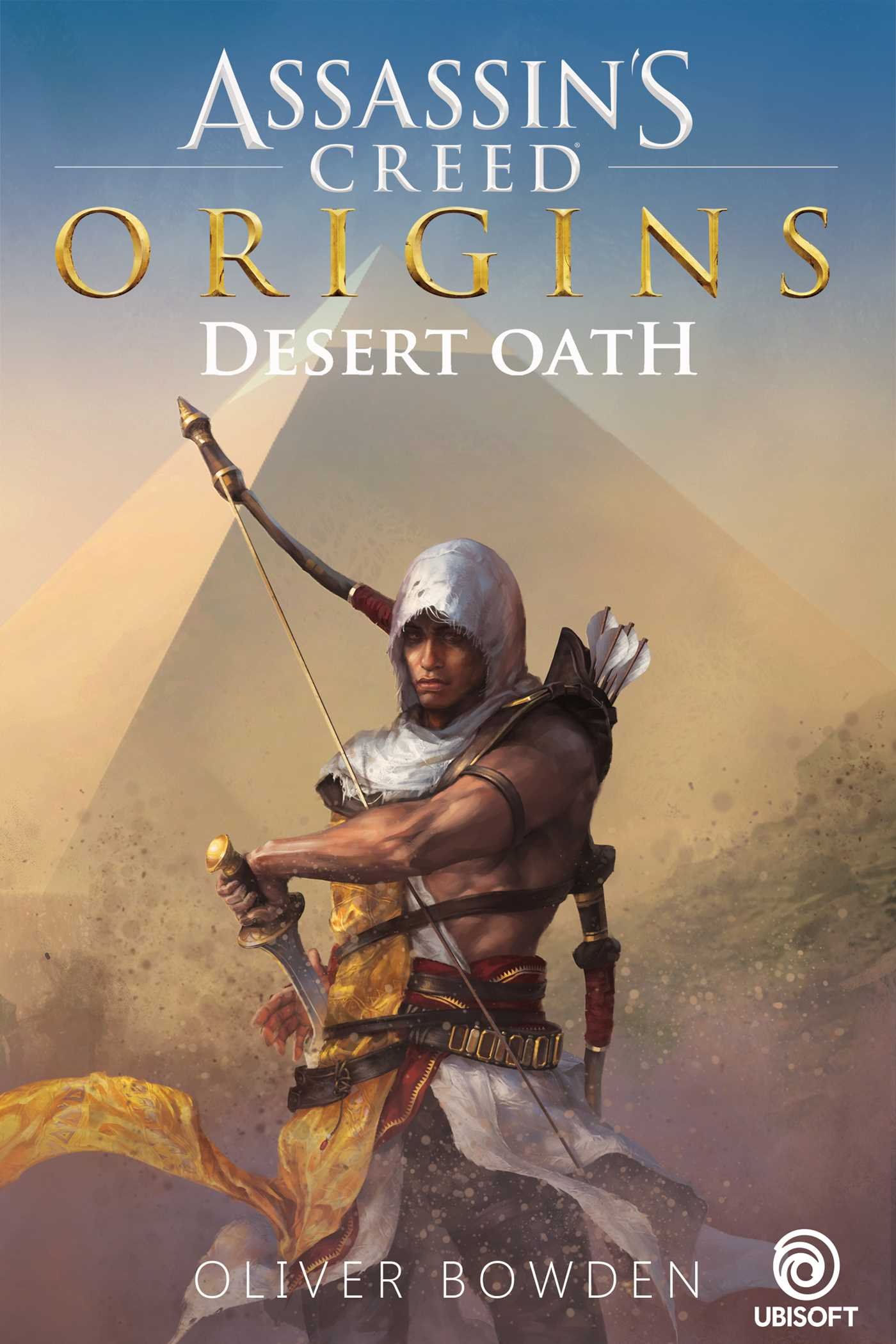 Though this is not required reading for the enjoyment of Assassin’s Creed Origins, the relationship between Bayek and Aya is an important aspect of the story and Desert Oath does give some history to what happened prior to the game and some challenges they faced, along with some history of the mysterious Medjay. Betrayal, trickery and plenty of combat are common obstacles the two encounter in Desert Oath, and it is revealed that being a force to be reckoned with in battle is a trait found in Bayek’s bloodline, especially when someone threatens mama bear’s cubs. Sitting just a hair under 400 pages, Assassin’s Creed Origins: Desert Oath is a quick read for anyone who wants to delve into the Assassin’s Creed take on Ancient Egypt with plenty of time to finish this book prior to the launch of the game.