This week has seen a substantial uptick in news pieces mixed with opinions circling the web regarding loot boxes, even if loot boxes are nothing new at this point (any major game that has come out in the last year or two probably has some sort of loot box system in play). The main focus of the conversation regarding this craze of loot being that loot boxes resemble gambling, even feeding into gambling tendencies which could be seen as a possible predatory move from the companies and games themselves. The ESRB has cleared this up by stating plainly that they do not consider loot boxes a form of gambling, more resembling buying trading cards and not always knowing what one will get, hoping that a holographic will be there. This is plain and simple wrong.

From the outside, loot boxes do resemble the trading card pack methodology. The player spends real money to buy a pack of guaranteed items, but the items inside won’t be revealed until opening, just like a card pack. Where this immediately loses ground is when looking at a game like Magic the Gathering. Yes, the consumer can buy a wide range of random card packs, whether it’s buying three packs for fifteen dollars or a hundred-dollar box with 36 packs of cards. The difference is MTG players know that depending on what they’re buying, they’ll get a random outcome most likely with something they don’t need or when buying more packs they could make their money back with whatever is inside. Knowing that each card has a set monetary value based on what’s in play for the season or just being an exceptional card (MTG uses a season system which is how they keep making new cards.) 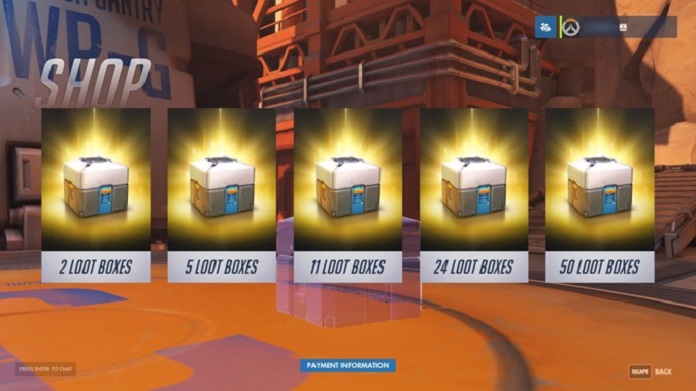 This leads to a second point regarding loot as cards. Buyers of cards can sell cards back for a market price or even trade cards in for something that they can then use for personal play. Say an MTG player is building a brand-new deck; the first thing they will think is what tier they’ll be playing at:  Standard, Modern or Legacy play. This gives MTG players structure for what cards can be in what deck. Now that they’ve figured out what they are playing, it’s time to buy cards. Using Standard, for example, the player will know they can only buy cards that are coming out for the season and some from last season, ensuring players don’t always have the best cards and are buying new cards. As they build their deck it means figuring out what deck they are playing, then finding the cards the best suit the deck. The beauty is, even if they are solely buying card packs, that’s not the only option. MTG players can also buy cards individually from retail online or local stores. Although this method is more expensive, it means picking and choosing individual cards for their deck, hence, the player is deciding what they get. Loot boxes do not have this option, which is where the balloon completely deflates.

The simple fact that MTG as a card game allows players a number of ways to go about building decks, especially being able to buy individual cards from where they shop, is the key difference between loot boxes. Players of Overwatch probably echo this sentiment of play best, being that players have always asked why they can’t just buy individual skins with real money instead of relying on spending money on loot boxes or just waiting it out. Players are already spending money on the loot boxes, why not just let them buy the skins they want too? The cost could have a sliding scale depending on what’s hot and in season, or giving the players the ability to trade in items for a higher tier item. This is literally the system for buying individual cards from shops. MTG even comes with sites that allow the comparing of prices from lowest to highest for an individual card. Loot boxes at the moment resemble only a portion of what trading cards are like, pulling even further away from the ESRB understanding of how trading card games like MTG work. 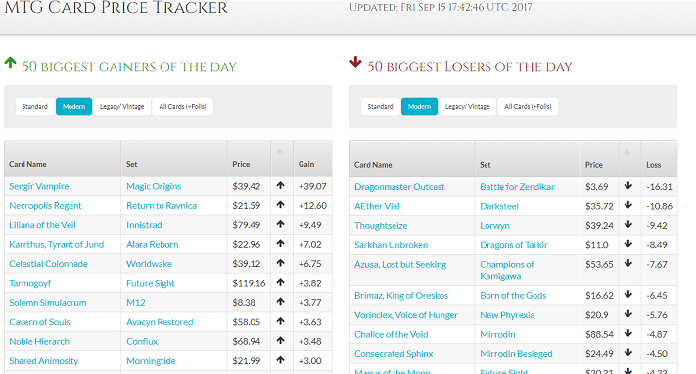 If it’d strictly from a monetary standpoint, the point above of being able to buy individual items from loot boxes would make even more sense to be included in video games. It can’t be stressed enough that players are willing to spend the money for things they want, but unfortunately there is only one toxic option at the moment which can feed into what is a damaging habit. There’s nothing wrong with spending money on loot boxes if an individual has the funds, but for those who might not or fall into addictive tendencies, it means possibly falling down a slippery slope with no hopes of climbing back up. Giving players the ability to pick and choose what they want alleviates this gambling resemblance immediately and can allow players to feel better about spending habits.

When I want an individual MTG card it means looking at its market price, comparing prices and then shopping around. Sometimes this does not fit into the budget as prices can go as high as eighty (see Liliana of the Veil) dollars for one card. While I might want a certain card for my deck, it does not mean I’m about to spend eighty bucks on one. If video games implemented a system such as this, players would probably not feel as slighted getting a better grasp on the value of the thing they want. Or, if someone really does want that sweet Symetra Dragon skin, they know what they’ll be spending alleviating the stress of having to begin a nightmare cycle. 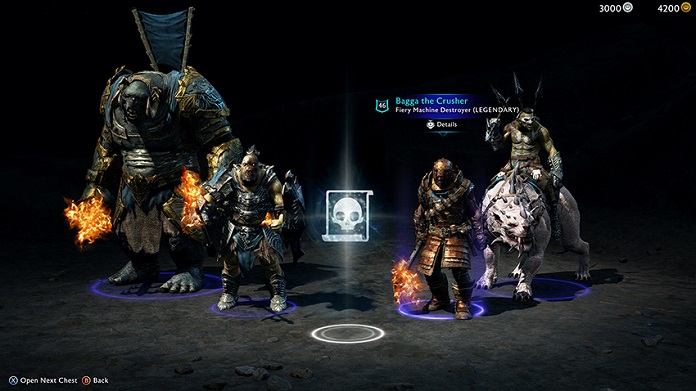 The other option of allowing players to trade multiple or individual items in for a certain value then applying that value to something they do want is also a great option. Players get enough “junk” from the loot boxes that games tend to bequeath and one person’s trash is another’s treasure. Say someone has a handful of items they don’t need or want, why not allow for a trade in of multiple “trash items” for one really good item they do want/need. Need is brought up because of recent games like Shadow of War where the end game does begin to require the player to actually need better orcs for defending keeps in order to win. It’s not a total pa- to-win system, being that if a player really wants to grind out the hours it takes to get those top tier orcs they can, but many either don’t have the time or don’t want to. Leaving the only option of spending real money on a loot box while hoping for the best.

In conclusion, loot boxes have a long way to go before they resemble anything close to a trading card game. Yes, loot boxes do look like trading card packs, but that’s as far as it goes. Trading card games like MTG have succeeded because they understand that people would not play their games if it meant only buying card packs with no hopes of knowing what’s inside while also gracing personal taste. Being able to construct unique decks not only by buying random card packs but also picking and choosing individual cards means more diverse play and the player not feeling cheated out of what they want. For now, loot boxes remain closer to gambling and no matter how much the ESRB says loot boxes are like trading cards, they just aren’t. It’s taken years for games like MTG to find the formula that makes people happy and at the end of the day market price isn’t decided by Wizards of the Coast (the company behind MTG), but by the very people who play their game.