The Group Stage has come and gone and now we’re into the Knockout stage of things.

The top two teams from each grouping have been split up and know their matches going into next week’s games. The rules going into Knockout stage are: 1) Teams finishing in first place must play second place teams and 2) no teams in the same group can be on the same side of the bracket as a team from their group.

Quick notes from the draw. C9 gets the best matchup they could ask for in Team WE and could make it out of the knockout stage, Misfits gets an early game struggling SKT they could take advantage of, Longzhu have a domestic affair to take care of before advancing, and we get an awesome bot lane matchup in Rekkles vs. Uzi when RNG face Fnatic.

All matches in the knockout stage will be a Bo5 and it starts on October 20 at 3 a.m. CDT. You can watch the full Quarterfinal draw here. 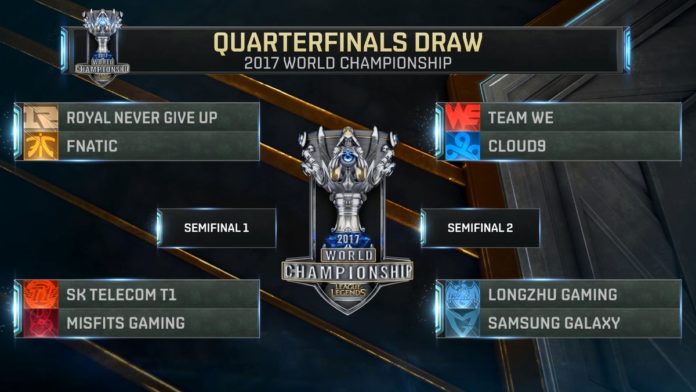