Like any adaptation, the Middle-Earth games from Monolith Productions and Warner Bros. Interactive Entertainment take a few creative liberties with Tolkien’s lore. Much like how Peter Jackson made some alterations to The Lord of the Rings, Monolith has made their own alterations, but just how drastic were these alterations? In our Shadow of War review, we pointed out that the narrative came off more as fan-fiction than as something that could feasibly be taking place in Tolkien’s, or even the film’s, lore.

For example, would it surprise you to know that it is technically impossible for the Middle-Earth games to even happen? Or that there’s no way Sauron would need help ‘fixing’ the One Ring? Let’s take a look through Tolkien’s lore and see what the games got wrong. 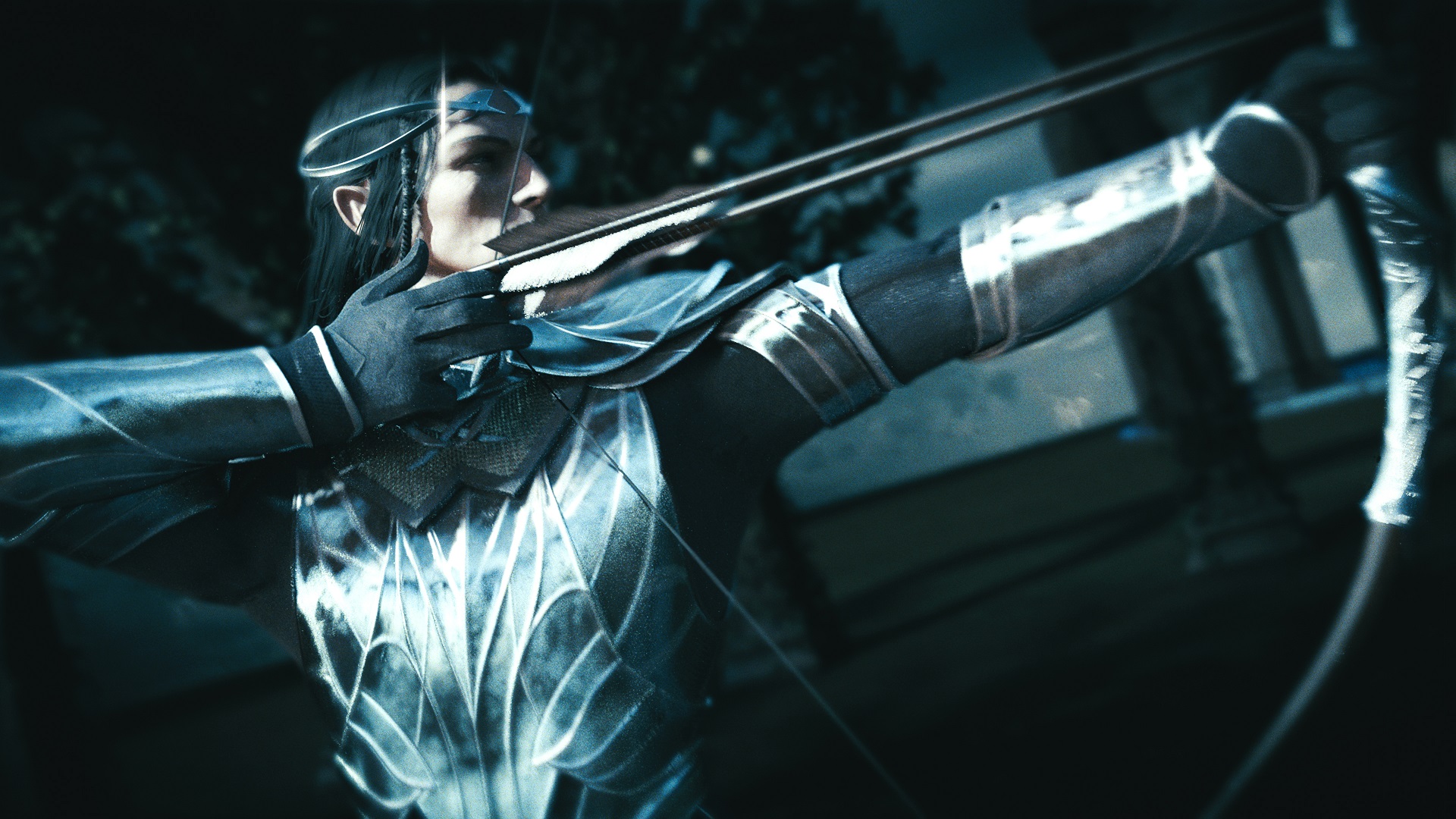 Did they get Celebrimbor’s look right?

Monolith got this aspect of Celebrimbor right. A Noldor elf and the last in the line of the House of Feanor, Celebrimbor was tall with dark hair. In the Second Age of Middle-Earth, Celebrimbor settled in the realm of Eregion where he worked closely with the Dwarves of Khazad-dum. As seen in the game, Celebrimbor was a master craftsman and smith.

Unlike the game, however, Celebrimbor was said to be selfless and kind and not prideful or covetous. In the Shadow series, Sauron uses Celebrimbor’s pride to get him to forge the Rings of Power. 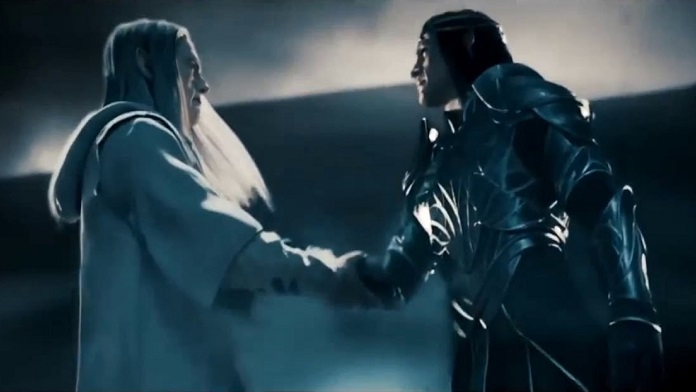 Sauron appeared in Eregion in the guise of Annatar in SA (Second Age) 1500, informing the elves that he was an emissary of the Valar. The relationship between the Lord of Eregion and the Lord of the Rings is very different as portrayed in the Lore and the Shadow series.

In Shadow of Mordor, Celebrimbor falls for Sauron’s tricks and agrees to willingly work with Sauron. Sauron is able to gain the elf’s trust through gifts, such as the Mythril Hammer.

In the lore, Celebrimbor and Sauron’s relationship is frosty from the start. While other elves are deceived by his trickery, Celebrimbor continued to distrust him. However, he still learned from Sauron. He just didn’t buy into his tricks and flattery like he did in the game. 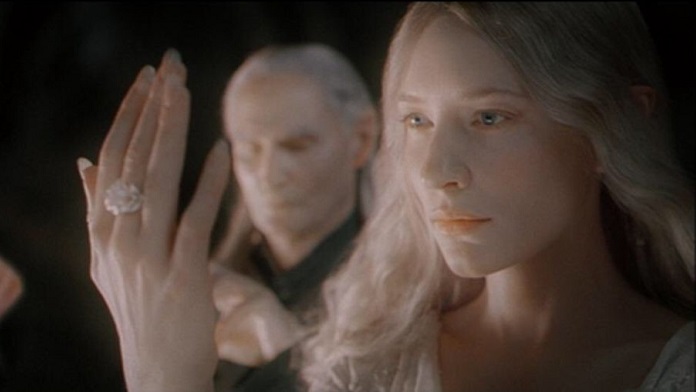 The Creation of the Rings of Power

The Elves of Eregion crafted all nineteen Rings of Power, but Shadow of Mordor incorrectly implies that Celebrimbor was the sole creator of them all. Though Celebrimbor had a hand in making them, it was other Elvish smiths that learned the craft from Sauron and would forge the sixteen Rings that would later be given to Dwarves and Men. Celebrimbor helped, but never gave in to Annatar’s temptations.

In secret, Celebrimbor would forge the three Rings that would be given to the elves. Untouched by Sauron, these Rings were pure and contained healing properties. It was this that would cause Sauron to wage war against the Elves of Eregion. 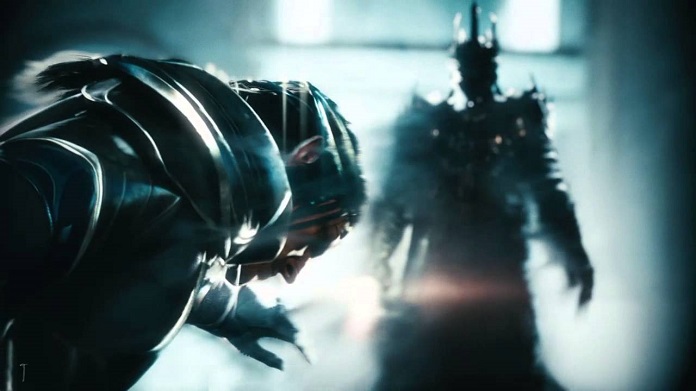 The Death of Celebrimbor

Upon putting on The One Ring, the Elves of Eregion removed the sixteen Rings Sauron helped them forge, and Celebrimbor hid the three Elven Rings. Enraged, Sauron attacked Eregion. In the confusion of the attack, Celebrimbor was captured and tortured.

This is where the Lore and Shadow of Mordor differ. In the game, Celebrimbor and his family are captured and sent to Mordor where Sauron forces Celebrimbor to help him fix The One Ring. He uses Celebrimbor’s family as blackmail to get his way.

In the Lore, Celebrimbor is tortured, reveals the location of the sixteen lesser Rings, and later dies from his would. His body would the be littered with arrows and hung up on a pole. His mangled corpse is used as a standard by Sauron’s forces as they continue their war against the elves. 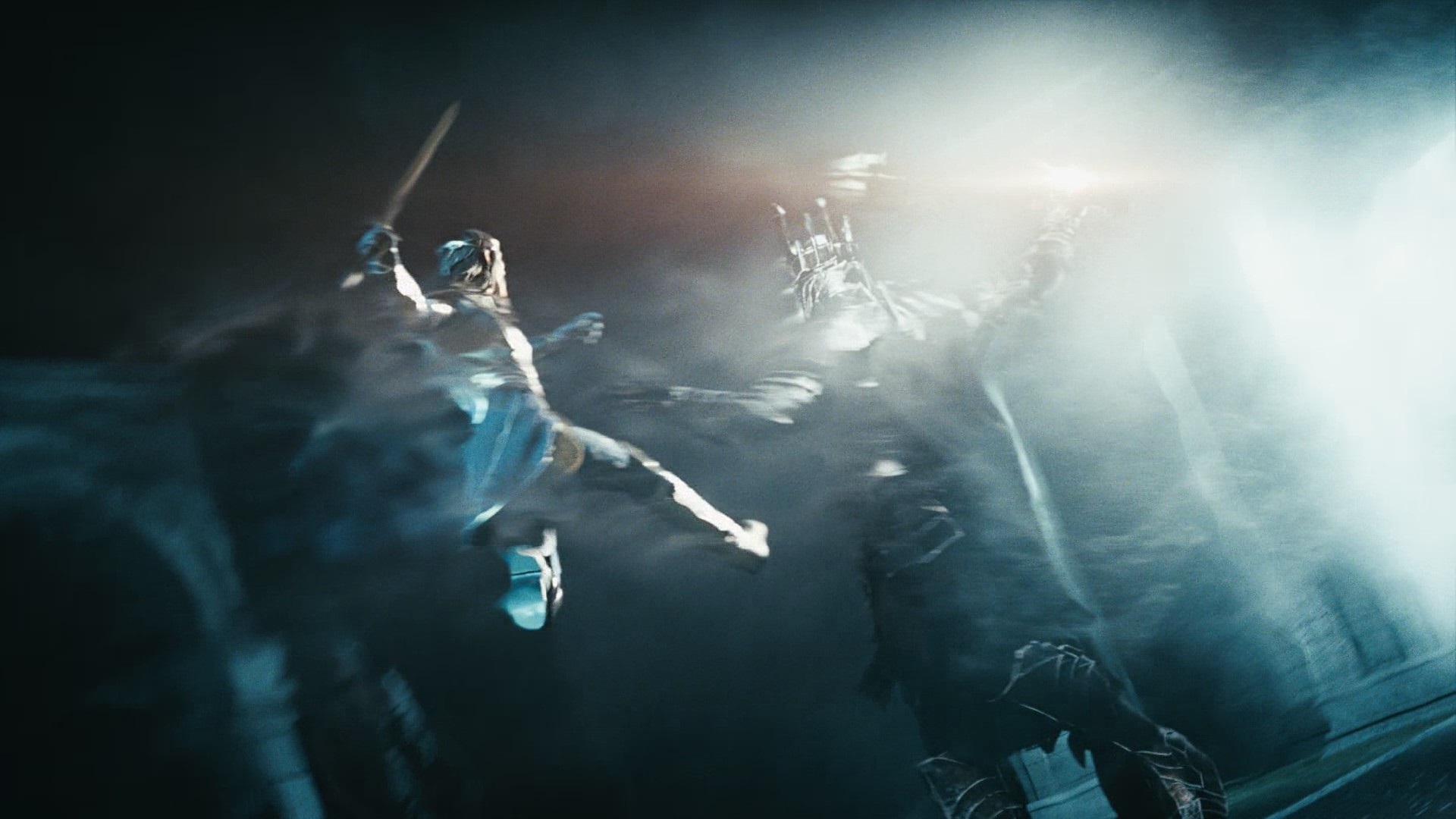 Celebrimbor, The One Ring, and his war against Sauron

This is where the Shadow series really gets out of hand. Sauron captures Celebrimbor and forces him to help him perfect The One Ring. He does, but at the same time gives the Ring a will of its own, gives himself power to wield it, and it’s this that causes him to become a wraith in the story.

Successfully stealing the Ring, Celebrimbor begins forcing orcs into his servitude in a last-ditch effort to defeat Sauron. He is defeated when the Ring returns to Sauron and ends up watching Sauron murder his wife and child before dying himself.

In the Lore, Celebrimbor is already dead. He had no hand in the forging of The One Ring. Sauron was perfectly able to craft the Ring on his own as he learned the technique from Aulë the Smith, one of the Vala. As such, Celebrimbor never became a wraith. 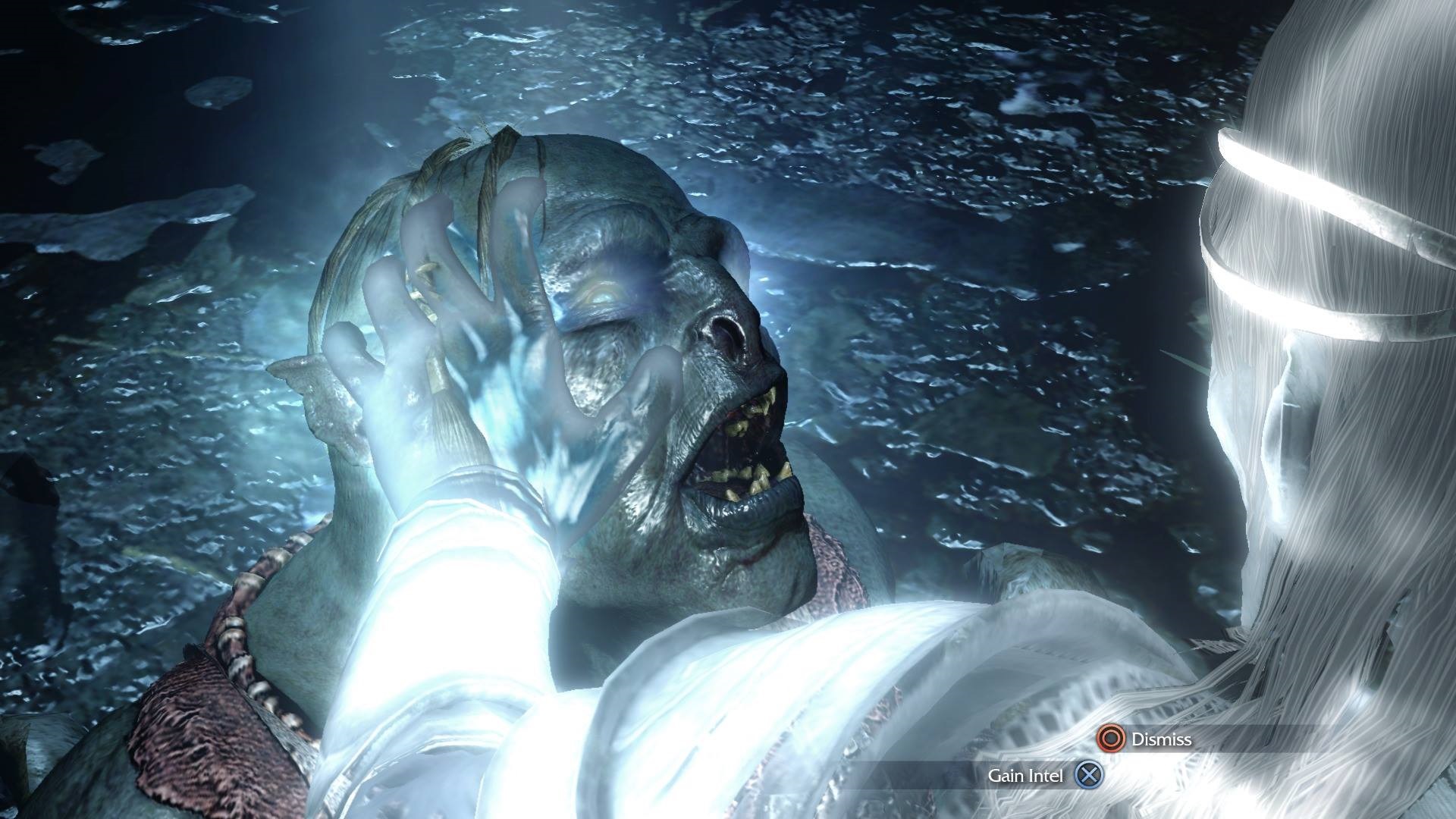 Could orcs really be controlled through branding by wraiths?

There is nothing in the lore to suggest that branding exists. While there are orc communities in the wilderness that mostly stay to themselves and don’t bother elves, men, or dwarves unless provoked, there’s never been an incidence of orcs not siding with Sauron or Morgoth (Sauron’s boss in the First Age). 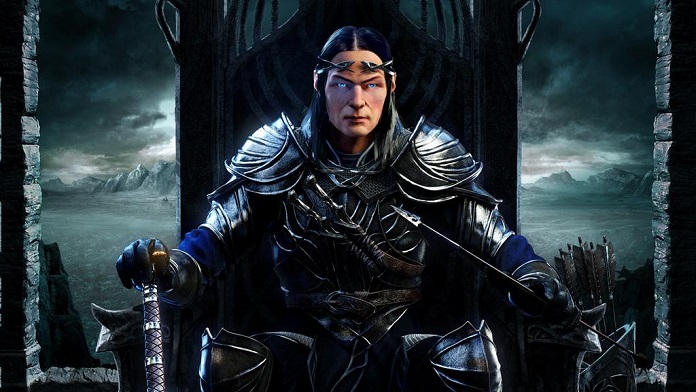 Could Celebrimbor have wielded the One Ring? Could he defeat Sauron?

This is a tricky question to answer as Celebrimbor never got close to the One Ring in the lore. It’s entirely possible for a powerful elf to claim the Ring and use its power. Galadriel could have taken the Ring and bent it to her will, but she would have been corrupted. In fact, corruption is something that Shadow of War consistently brings up.

However, it is unlikely that Celebrimbor would be able to best Sauron in a duel. As a Maiar, Sauron possesses far more power than a powerful elf like Celebrimbor would have. Gil-Galad, a High-King of the Noldor Elves, was killed in a duel with Sauron when Sauron picked him by his head and essentially melted it. Considering Gil-Galad was being aided by Elendil in the duel, it’s unlikely Celebrimbor could fight him one-on-one, especially when Sauron possessed the Ring. 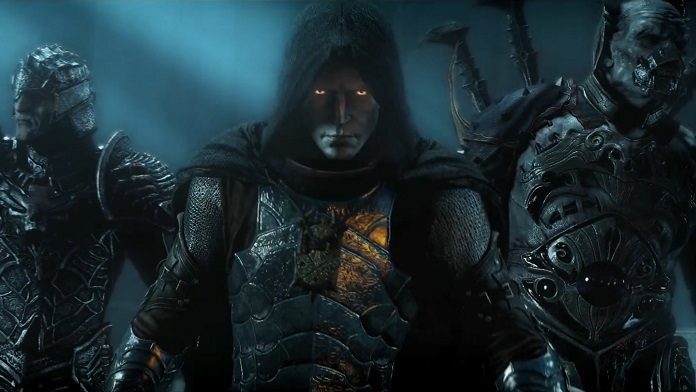 Are the Black Captains real?

Shadow of Mordor introduced three adversaries for Talion and Celebrimbor to face; the Tower, Hand, and Hammer of Sauron. All three are corrupted men and represent Sauron across Mordor. While there is no mention of the Black Captains in the Lore, the idea of them isn’t all that far-fetched.

Sauron was very good at corrupting men into his service, and we already have a character eerily similar to the Black Captains. The Mouth of Sauron was a former Numenorean corrupted by Sauron. His face and mouth became more twisted each time he spoke for Sauron until he was unrecognizable.

Considering that the Mouth of Sauron did exist, it’s possible that Sauron could have more corrupted men in his employ, but it’s never brought up in the lore. 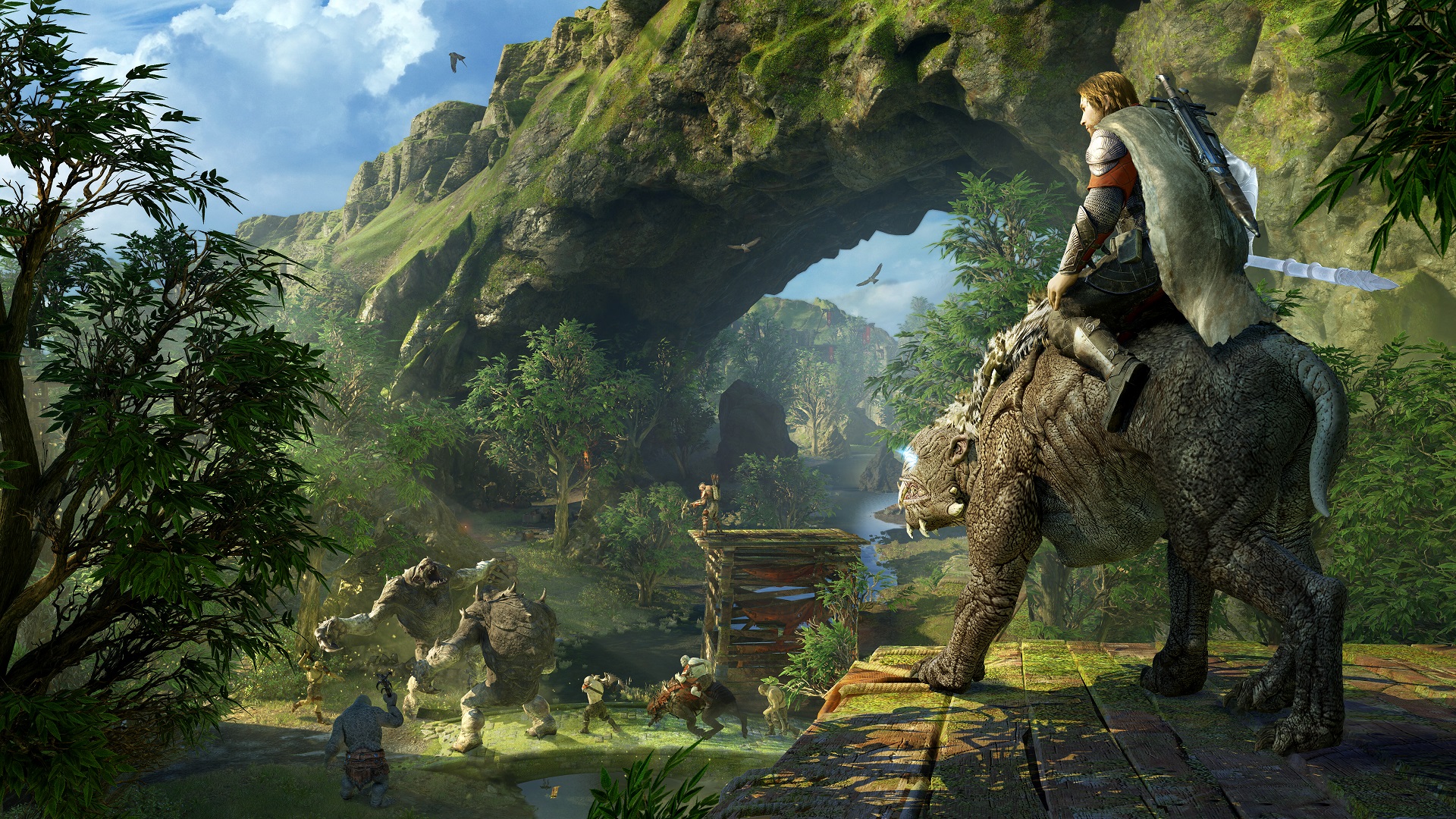 Are Caragor and Graugs real creatures?

No. Mordor is home to some brutal creatures, but not caragors or graugs. These creatures are made up substitutes for wargs and trolls, which appear frequently in the Lore and film trilogy. 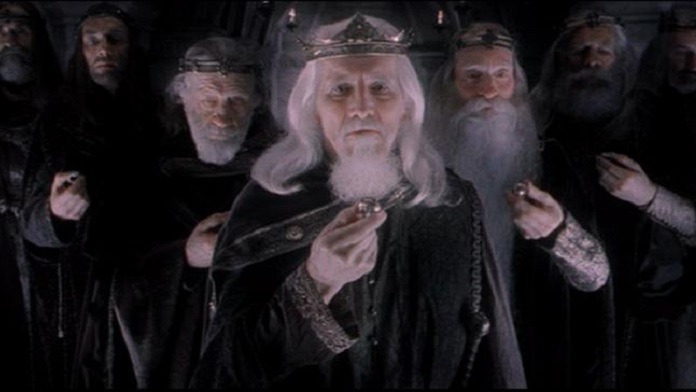 Shadow of War is doing something interesting with the Nazgul by giving some of them identities. Throughout the story, we’ll learn who they used to be and how they acquired their Rings from Sauron. The big problem? Two of the revealed Nazgul can’t possibly be Nazgul.

It’s true that Isildur’s body was never found, but it’s not possible for Sauron to have obtained it and turned him into a Nazgul. The nine Rings were distributed to Kings of Men in the Second Age, and the Nazgul made their first appearance in the year 2251 of the Second Age. By the time of the Battle of the Last Alliance (SA 3434), the nine Nazgul had already been created. Considering Isildur died in the Third Age, it is impossible for him to be a Nazgul.

Suladan is made-up, but it’s always a possibility there is a Nazgul named Suladan. In the Lore, only one of the Nazgul is ever named; Khamul, an Easterling King. The Witch-King of Angmar is the only one to be given a title with the rest being nameless. 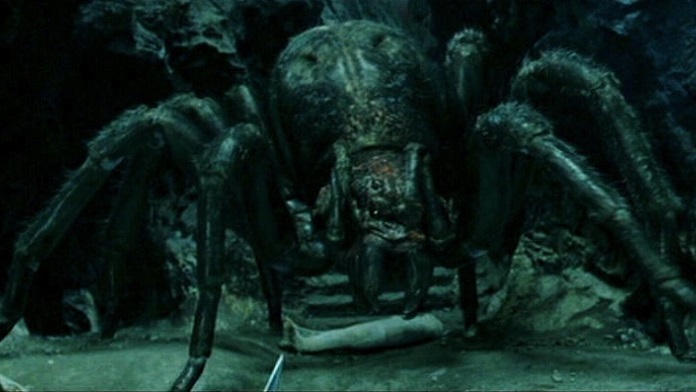 Is Shelob actually a beautiful woman?

Contrary to Monolith’s explanations, Shelob does not have the ability to change her form like Sauron or the Istari. Why? Because she’s not a Maiar. Shelob is what she has always been portrayed as, a giant spider. Her mother, Ungoliant, was a primordial that took the shape of spider, but she is not a Maiar. She absolutely could not take any other form. Nor does she possess the ability to see the future. 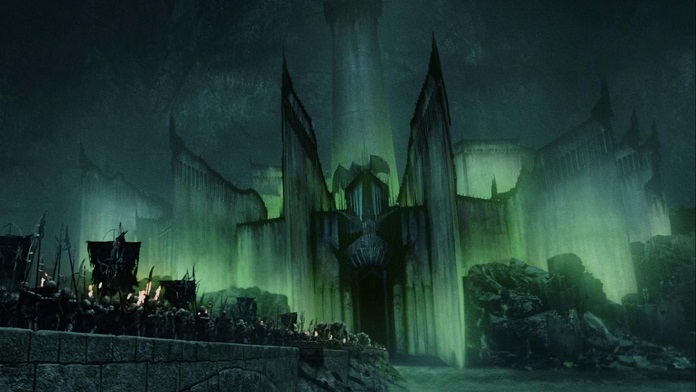 How come it took so long for Sauron to attack Minas Ithil?

It didn’t. Sauron captured the city of Minas Ithil in 3430 of the Second Age, but Gondor was able to reclaim it rather quickly. It remained in Gondor’s hands for a while, but was ultimately taken back by the Witch-King. While it was the Witch-King who captured the city in the lore and the Middle-Earth games, the city was captured at different times.

In Shadow of War, Gondor was able to hold the city up until the events of the game. In the lore, however, the city had been lost about 300 years earlier. After the Witch-King was forced out of Angmar by Earnur, Prince of Gondor and Glorfindel, he went straight to attacking Minas Ithil and managed to capture it in the year 2002 of the Third Age. Earnur, who would later be crowned the last king of Gondor, rode out to Minas Ithil (now known as Morgul) to challenge the Witch-King and was never seen again. While the game mentions Earnur riding out to duel the Witch-King, it conveniently omits that the duel was supposed to take place at Minas Morgul. 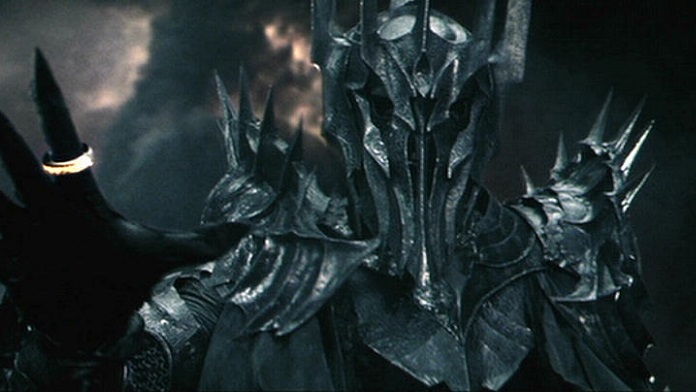 Could Sauron take a physical form without having the Ring in his possession? Could he still take the form of Annatar?

Actually, yes. Sauron doesn’t need the ring to assume a physical body. In fact, in the books it is made clear that he does have a body, we just don’t ever get to see it. Sauron only needs the ring to achieve his full strength. Indeed, a physical Sauron was originally set to appear in The Return of the King and fight Aragorn at the Black Gate. This idea was scrapped, not because Sauron couldn’t physically fight Aragorn, but because Jackson didn’t think it was a right fit for the character of Aragorn.

We do, however, know that Sauron would not have been able to take the form of Annatar as he did at the end of Shadow of War. Sauron lost the ability to change his form towards the end of the Second Age after the Kingdom of Numenor sank below the seas. His body was destroyed and his spirit had to build a new body back in Mordor. Since that day, Sauron could never take the form of Annatar again.

What do you think of Middle-Earth: Shadow of Mordor and Shadow of War’s changes to the lore? See anything we missed? Be sure to let us know what you think in the comments below.