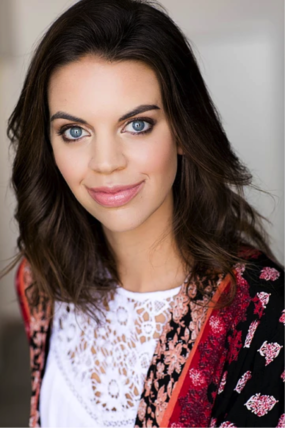 Despite Deck Nine taking charge on Before the Storm’s development, it felt as though the player had never stopped playing Life Is Strange when they returned to Arcadia Bay in Episode 1: Awake. Dontnod’s distinct art direction is captured perfectly and Before the Storm’s soundtrack seamlessly blends the music into the background of different scenes. If anything, Deck Nine has been able to improve on some of the flaws that Dontnod was criticized for in Life Is Strange. The writing is less clunky — Burch’s role as a writing consultant has done wonders for Chloe’s character development — and lip-syncing is not a serious issue as it was in Life Is Strange. Deck Nine, much like Dontnod, has kept an important focus on the supporting cast in the Life Is Strange universe. While Chloe’s relationship with Rachel Amber is the focal point of Before the Storm’s story, Deck Nine doesn’t neglect the other characters that bring Arcadia Bay to life and make an episode’s character interactions memorable.

Voice acting has remained one of Life Is Strange’s greatest strengths, regardless of the criticism it’s received for its writing. Hardcore Gamer had the pleasure to sit down with actor Katy Bentz, who voices Steph Gingrich in Before the Storm, for an exclusive interview. We spoke to Ms. Bentz about her role as Steph, her first experience of working on a Life Is Strange title and how her acting career helped to shape her performance in Deck Nine’s title.

[Hardcore Gamer] How did you come to audition for Steph Gingrich in Life Is Strange: Before the Storm? And what was the audition process like?

I self-submitted for a handful of different roles and was actually called to audition for the role of Samantha [Myers]. I was notified that I was cast and received my first set of sides as Steph. The audition process was cool! The room had a nice mic setup, which I hadn’t experienced before, so it was exciting.

Had you ever played Dontnod Entertainment’s Life Is Strange before you auditioned for Before the Storm? If not, did you play it after you received your role?

I had not played the game prior to the audition. And, interestingly enough, the game was actually under a different name throughout the process and because I hadn’t played the first one I had no idea, even with reading the scripts. I have since watched multiple streams, but have still not had the chance to play it yet. I have played Before the Storm, however!

Considering that you’ve worked in theater, film and TV, did any of those past experiences help you prepare for the role of Steph? Or did you find working in a video game a completely different experience?

Steph was a ton of fun and a lot of work! I went in for a handful of sessions and it really does a number on you, especially when you’re voicing a character that has so much power behind them. I studied theater at a college that focused a lot on your voice and connecting your voice to your body and mind, so I was able to dive into that place for Steph. I really wish that someone had videotaped me through the booth, because I know I looked way too into it! I didn’t just stand there and read the lines. I was using my body to help guide my voice.

As the dungeon master, Steph gets pretty detailed with her story and, each time I had to describe what was happening to these characters, I was physically feeling it out with my body. Being grounded was a huge thing as well, making sure that I was supporting my voice through my diaphragm. It was definitely a different experience, but I am so thankful that I was able to dig into my toolbox and use what I have learned in the past. 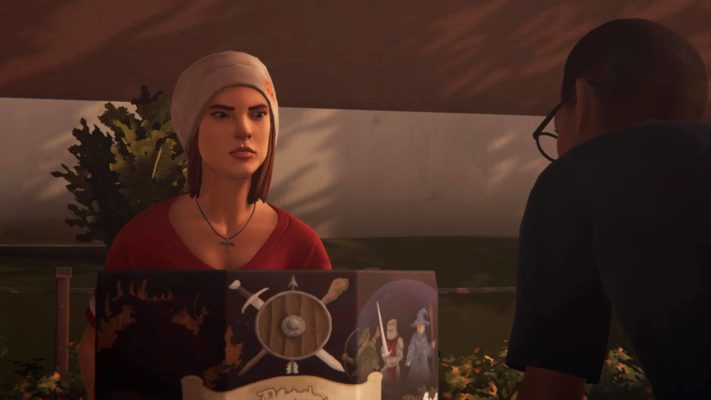 Steph Gingrich in Life Is Strange: Before the Storm.

What was it like to work with Deck Nine and the other actors in Before the Storm?

Oh my gosh! It was amazing! The VO director, Phil [Bache], was phenomenal. He knew exactly what to say to get his and Webb [Pickersgill]’s vision of the character and certain lines across. Being an actor, I have worked with a fair share of directors and I would honestly say that Phil has been one of the best so far. I would love to work with him again. Both Phil and Webb were just easy and fun to work with!

As for the actors, I met Rhianna [DeVries] during a transition session, but we never actually worked with each other. The sessions are private: it’s just you and a handful of the production team. They have a list of your lines in front of you. Depending on the length of the lines and the context, it goes quickly. You give the director an A and B to have options during post-production and then continue to the next line!

This interview continues on page two, as Katy Bentz discusses her reaction to the Life Is Strange community, how LGBTQ themes have been handled in Before the Storm and her favorite moment from Episode 1: Awake.