The rise of independent studios has forever changed the landscape of the gaming industry. It’s now a common sight to see indie studios spring up or even developers break away from the shackles of working with publishers. Indie developers have relished at the prospect of bringing new and innovative ideas forward, producing content that can sometimes match — or even rival — AAA titles on the market. It’s easy to find success stories when it comes to the indie gaming scene. Limbo, a 2010 puzzle-platformer from Danish studio Playdead, is the most prominent example of it. Going indie doesn’t necessarily mean success, however. Developers can soon realize the constraints that come from working as an indie studio and lacking the support of a big-name publisher. It’s especially difficult when it comes to the funding of a project, potentially stretching a studio’s vision and resources on a title. But even with all of the risks that come from indie development, there are rewards for taking a leap of faith. Some studios are able to deliver breakthrough titles. One of those studios is The Molasses Flood and its critically acclaimed debut title, The Flame in the Flood. 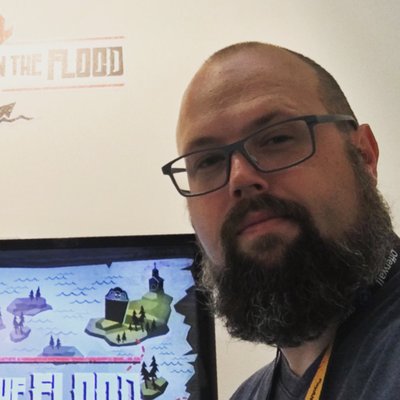 The Flame in the Flood has players take control of a young girl, Scout, as they need to scavenge supplies to keep the protagonist alive. Scout’s companion for this mission, a dog who’s called Aesop, possesses the ability to find supplies and warns the player when danger is nearby. It’s a roguelike title with a permadeath feature, meaning there are no continues if the player fails to keep Scout alive in a playthrough. Hardcore Gamer had the opportunity to catch up with Forrest Dowling, co-founder and CEO of The Molasses Flood, for an exclusive interview. We spoke to Mr. Dowling about the inspiration behind The Flame in the Flood, how The Molasses Flood came together to work on the project and the decision to use Kickstarter to bring the indie title to life.

[Hardcore Gamer] How did the idea for The Flame in the Flood come about? Was there any specific inspiration behind its concept?

The idea for the game came from a couple [of] initial seed ideas. As a designer, I was really interested in trying to create a pared-down survival game, which was about the actual process of wilderness survival and was based on real-world survival techniques. The other idea was from our art director [Scott Sinclair], who was interested in making a game about exploring tiny worlds. Basically, a top-down camera, small spaces to explore and poke around. We combined those ideas and started riffing on them, and the rest of the game sort of coalesced from there.

How did past experiences of working on triple-A titles such as BioShock Infinite and Frontlines: Fuel of War help to shape your development process on The Flame in the Flood?

I think having experience with bigger productions where I wasn’t responsible for things like scheduling and scoping were great in that I saw things done well and not so well and had an opportunity to learn when it wasn’t my own project on the line. Obviously, the scale and resources of a large 100-plus-person team are way different than what we had for our game, but in a lot of ways, the problems are the same. There’s always more that you want to do than there is time to do it, and you always need to make hard choices about what to focus on. The discipline to do that stuff is the same, regardless of the scale.

Considering that The Molasses Flood is built with industry experience from the likes of Harmonix and Bungie, what was it like with so many different personalities and experiences coming together to work on one project?

It was great, and a lot of fun. Everyone on the team came into the project at a really senior level, so we could count on one another to be really proactive about problem solving. There was no mentoring needed; we all spoke the same language from day one, which I think was key to our ability to make something in the time that we did. 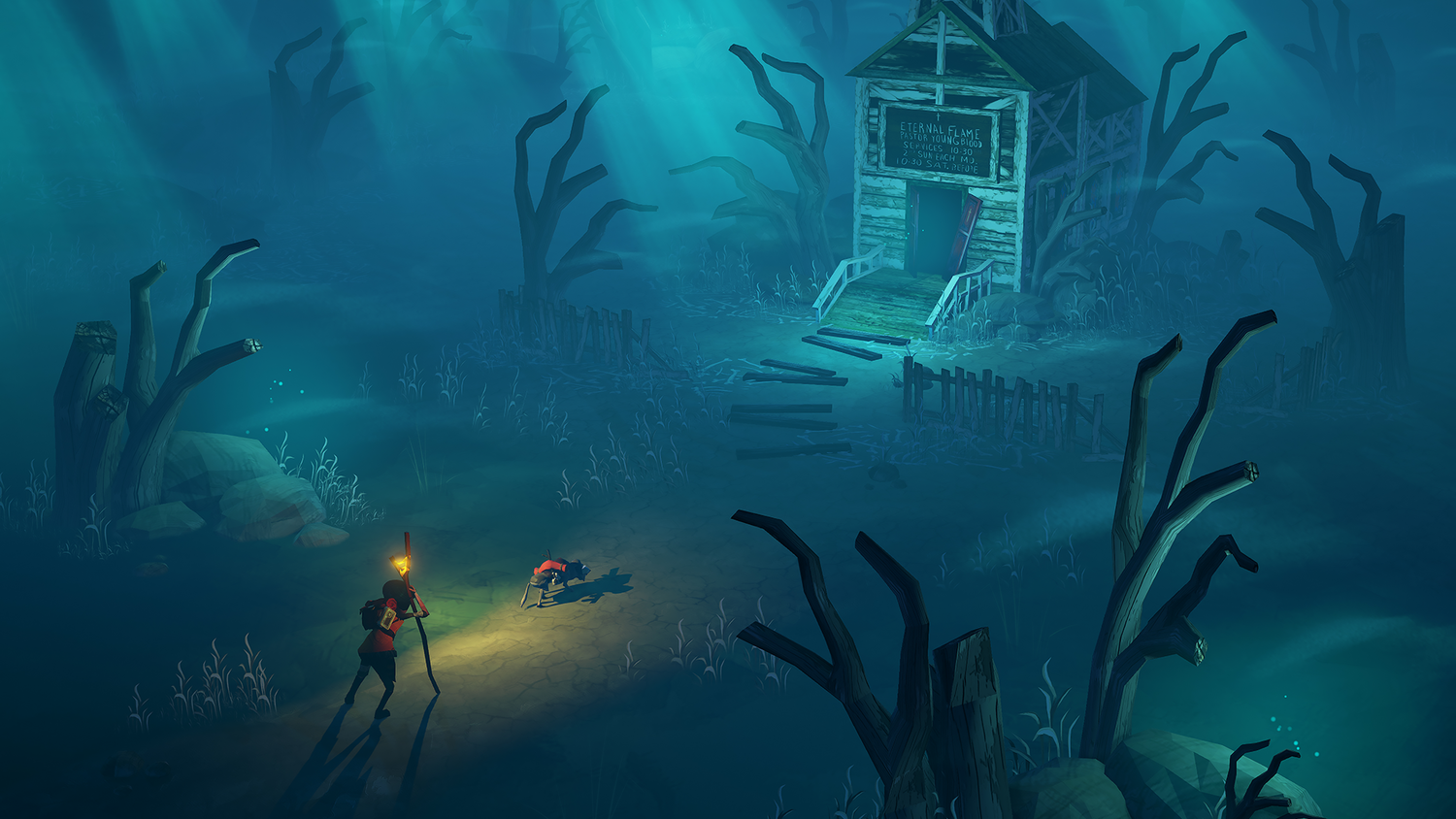 Scout and Aesop exploring in The Flame in the Flood. Image credit: The Molasses Flood

Was it a difficult decision not to feature any direct combat in The Flame in the Flood? In most cases, it’s enough to turn people away from playing a game. What was the main reason to exclude combat?

It probably should have been a more difficult decision than it was. I just wanted to try something different, and having spent my career up to this point working on games where you shoot people, I really wanted to make something that wasn’t about that specific type of interaction. I also wanted to challenge myself as a designer by taking on a problem that wasn’t as solved as fighting things.

Considering the notorious reputation that Kickstarter has achieved through failed projects or other issues developers experience, was there any initial hesitation to use the crowdfunding platform for The Flame in the Flood?

Not really… at the time, we didn’t feel like we had a lot of options. We knew we didn’t need a huge amount of money and we were a new and unproven team, so getting funding would have been tough and we didn’t want to try to hunt down investors or anything. [Kickstarter] seemed like a good fit. That being said, I don’t know that we’d go that way in the future, but that would be more a function of the scope of what we want to do going forward.

This interview continues on page two, as Forrest Dowling discusses The Molasses Flood’s collaboration with Hot Water Music’s Chuck Ragan, the use of a permadeath mechanic and what the future holds for both the indie studio and The Flame in the Flood.