During a recent Supercross event in Las Vegas, a new licensed videogame was announced. The Italian-based developer Milestone, who works on the Moto GP franchise and the MXGP franchise, has acquired the Monster Energy Supercross license. The new game simply titled Monster Energy Supercross – The Official Videogame, will release on February 13, 2018. This looks to be the perfect direction for the former MXGP franchise. During this event, we sat down with the Marketing Manager for Milestone, Andrea Loiudice, to discuss what doors have opened with acquiring this license and the enhancements of the game.

[Hardcore Gamer] What does acquiring the Monster Energy Cup license mean for Milestone?

[Andrea Loiudice] There has not been an officially licensed video game for years. It’s been a great project for us to bring it back for the fans. It’s been pretty natural in some way because Milestone already develops racing games. We specialize, above all, in two-wheel racing games so it was pretty natural to move towards a big brand like this. It’s been a blast because we are located in Italy so it’s been very crazy for us to come and know the spirit (of the sport) and whatever stays around Supercross so we will show the feelings of the fans and we tried to create that whole experience in the game.

What can we expect to see from having the Monster Energy Cup license?

Being an officially licensed game, it will consist of the 2017 Supercross season, the one that just ended. It will have most of the riders, most of the stadiums, and all of the tracks. Officially, we created 1-to-1 with reality. We took pictures of everything and everyone. We scanned the faces of the riders so we created everything as it is in reality. We really want this look and feel of realism so it will look like watching a real Supercross event. We included the voice of announcer Ralph Sheheen from Fox Sports for commentating as he does during a real broadcast. We want the real experience to be there. 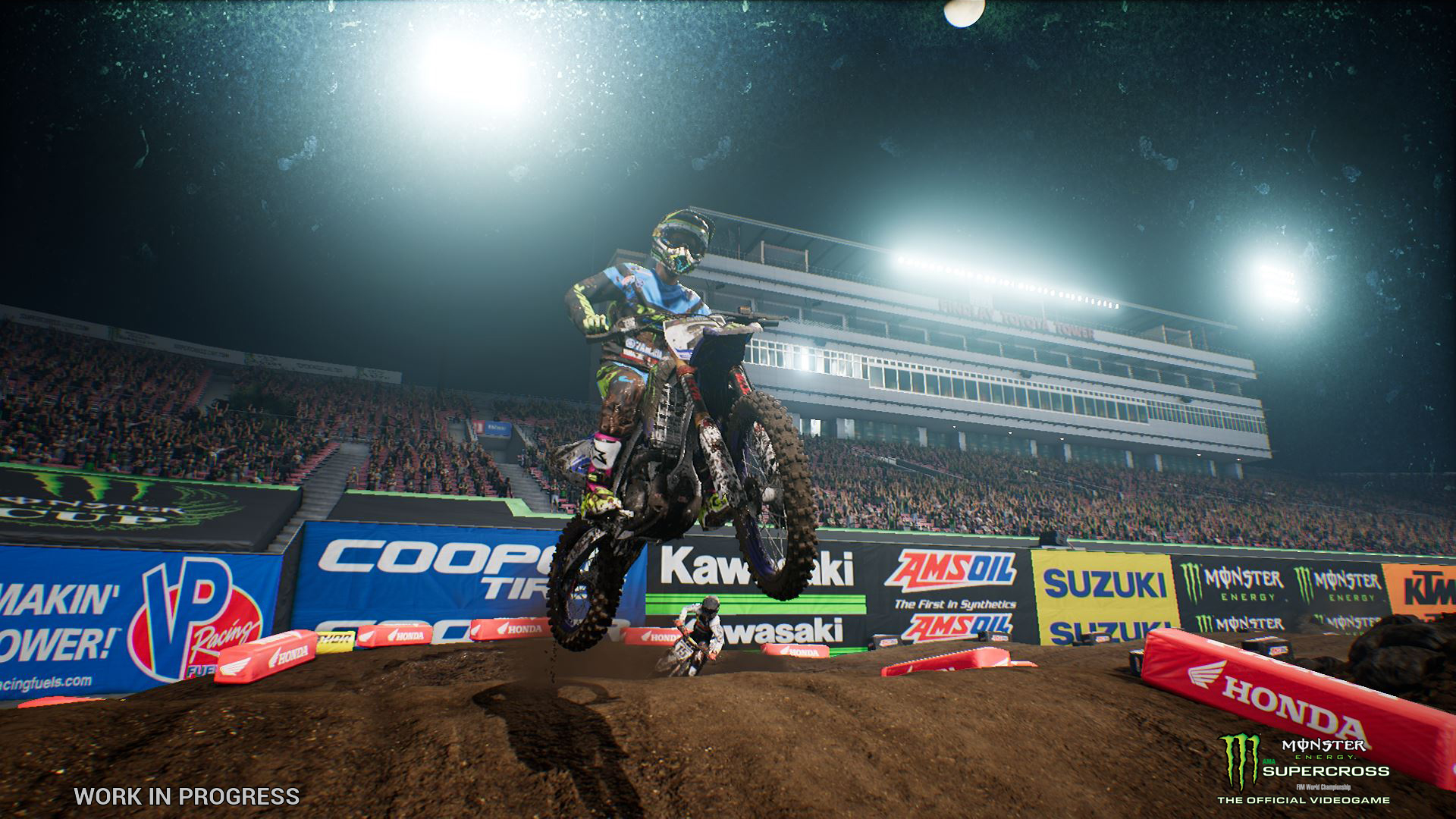 What presentation elements will the game include to replicate a race event?

We have basically created a lot of cut scenes that we are going to put in the game. All of these will cover the aspects of the show around Supercross. We have a presentation of the riders cut scene, the fireworks from the beginning of the race, and the podium scenes for the winners cheering on the podium. We wanted to re-create the whole experience. We know it’s a big show and not just a race. Ralph Sheheen will also command the race. The visuals and sounds in the race will be very similar to a television broadcast. We will have on-screen graphics and the race command so everything will draw you into the action.

What type of enhancements will there be on the track?

We are working a lot on finding the balance of a very realistic look and feel. No more arcade style of gameplay because we want it to be played by anybody and be enjoyable by anybody. Not just by the hardcore fans. We are working to keep a realistic approach of gameplay while keeping it fun for everybody. There will be two different levels of physics in the game. One will be the one we are focusing on, the entry level. The other is a more pro-physics for the hardcore fans, which will be more realistic. The standard level for everyone will be the one where players will have fun and be enjoyable by everyone. 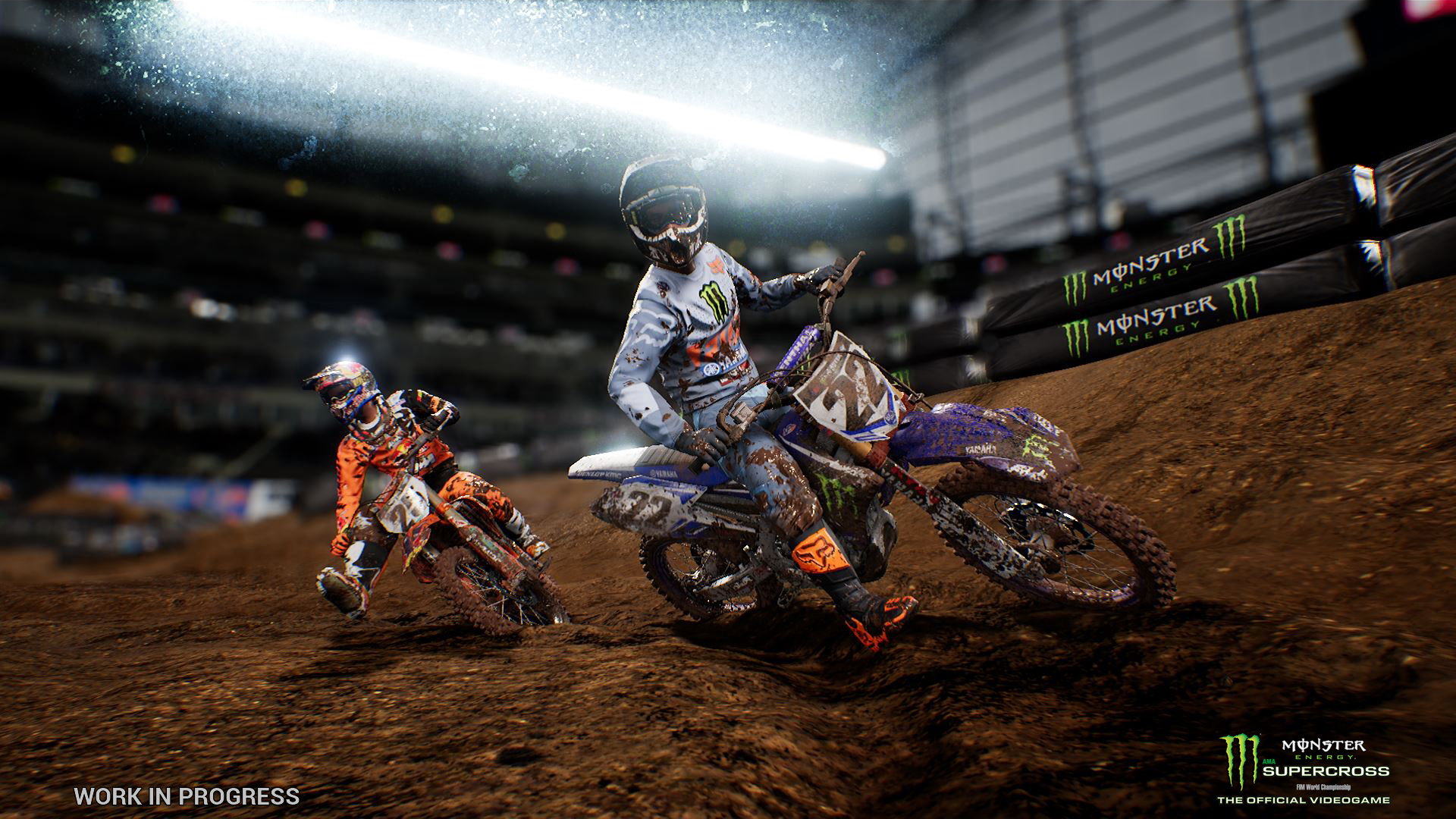 A track editor was announced for the game. Can you go into some details of the editor?

We have confirmed the track editor and there will be more details coming in December. I can tell you that you will be able to combine hundreds of parts and create your own track. That track can be uploaded on the internet and shared to other players. There will be a voting system so players can see the best tracks. We expect hundreds of tracks to be available within a few months but will make the game playable for months and months. This is a critical feature that we are very happy about.

What sort of bike and rider customization options will be in the game?

You can play in the shoes of one of the official riders in the game, or you can create your own custom rider. You can customize every part of yourself and your bike. When I say you can customize I mean all the parts and brands in the game are real and official. There are over 300 parts in the game. They are all coming from real brands and can be purchased in real life. So everyone can re-create themselves and their own gear and bring them into the game. 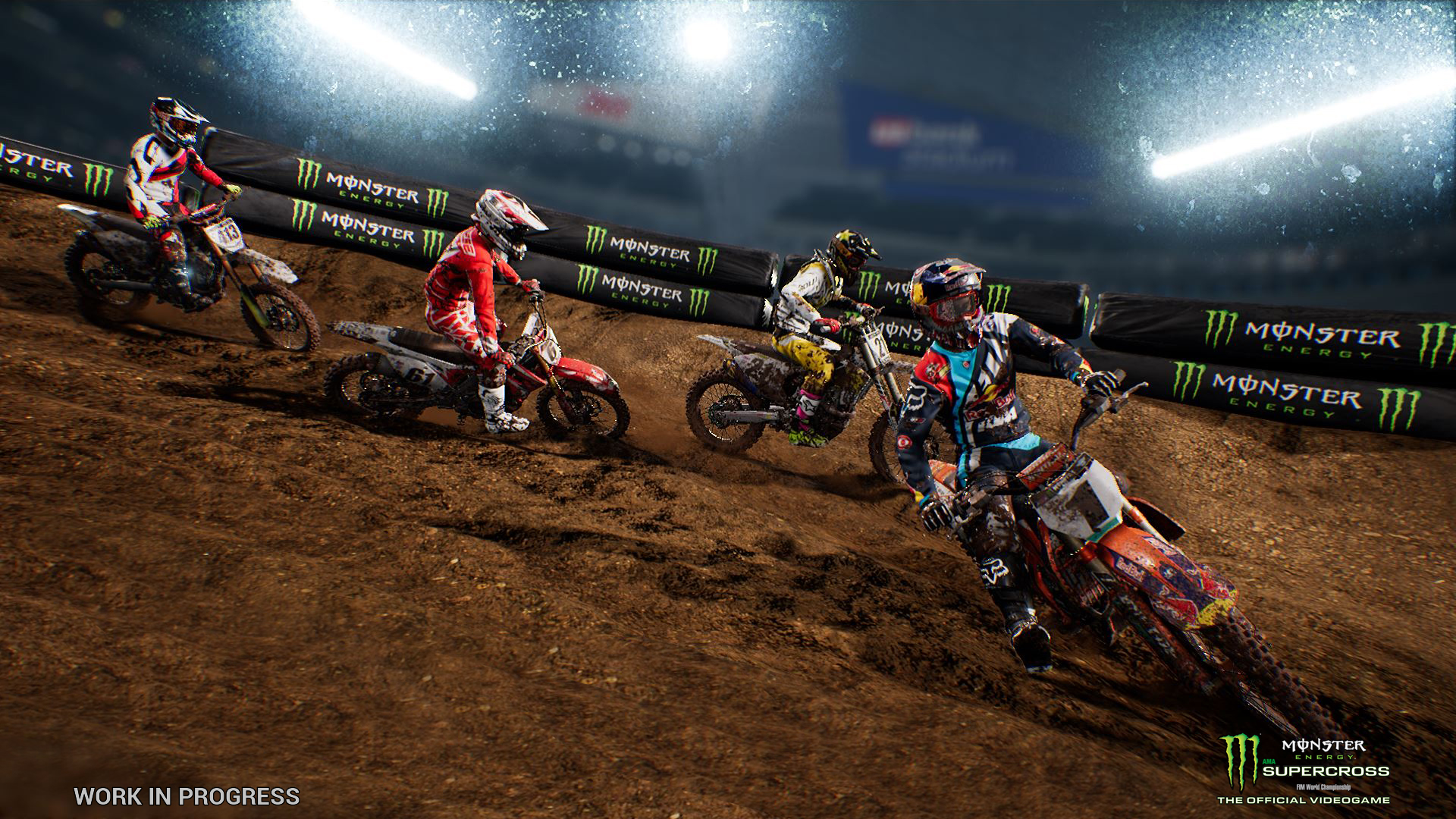 What type of changes can we see to the online experience?

Players will be able to run a full championship or single races. There will be up to twelve people playing together at the same time and the same track. Players can also use their created tracks and see what others think about it. We think it will be pretty interesting. We expect a lot of community and a lot of people playing online. Players will easily be able to download your track.

What has been done to bring realism to the visuals?

We started working on the Unreal engine last year. MXGP 3 was the first one to use the Unreal engine. We transitioned from our old engine to Unreal, so going forward it’s just going to be the Unreal engine. We had to learn a little bit about it. In MXGP 3, we struggled to do what we are doing now. This is the second game using it with full knowledge of the engine. That translated into a much better visual quality. Of course, the Unreal engine isn’t used for racing games. We needed to change it a little bit to meet our needs and expectations. We have now come to that point and the future will look even better.