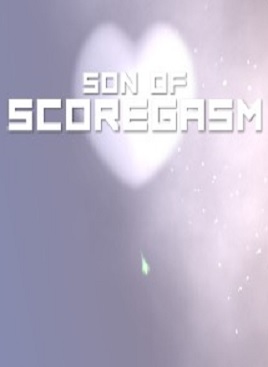 Scoregasm began life as an intentionally provocative sounding PC shooter. Given life by Charlie’s Games, and built using community support, it never purported to be anything more than simple, straightforward fun. That release made a fan of Shahid Ahmad, senior development manager at Sony Computer Entertainment Europe, and the game’s developer, Charlie Knight, soon found himself agreeing to the fresh challenge of making a title for the Vita. The end result is the sequel, Son of Scoregasm, a refinement on the concepts for the original. As a game, it’s filled with impeccably-designed levels that twists the twin-stick shooter into interesting directions.

As games these days need to have a plot, Son of Scoregasm comes bearing the same. A king has a certain predilection towards sweets. Cookies, biscuits, and whatnot are among his favorite things. These delicacies were stolen and it is now up to the player to get them back. It’s a pretty stupid plot, and doubly so as the geometric enemy designs has nothing to do with the pastry pilfering ne’er-do-wells that permeate what passes for a plot. That’s also the joke. A pretty clever slight at games that take themselves too seriously, the opening training segment and the announcement of the treat that was recaptured at the end of a series of levels, it demonstrates a restrained level of wit that is appreciated, even if it is superfluous to the experience as a whole.

No, the meat of the experience is found in the design itself, and it is extremely interesting once it clicks. On the surface, this looks like a very rudimentary twin-stick shooter. Left stick moves, right stick shoots, and the shoulder buttons pop a bomb-like burst. Go forth and attempt to survive. The overarching wrinkle comes in the form of the scoring system. When starting a stage, the player is at a zero score multiplier. Therefore, shooting enemies nets zero points. To actually start scoring the player must use the short ranged burst bombs to destroy enemies and bullets. This causes green multiplier bonuses to drop. Only when this is done will the scoring begin. Bombs are plentiful, and earning more is based primarily on shooting enemies. So, a basic level is alternately snagging multipliers and earning ridiculously high scores, almost like an action version of Adventure Capitalist. The risk/reward mechanic built into the design is well crafted, and it serves many a fresh attempt to crawl up stage’s leaderboard. The next slot up is always so tantalizingly close. 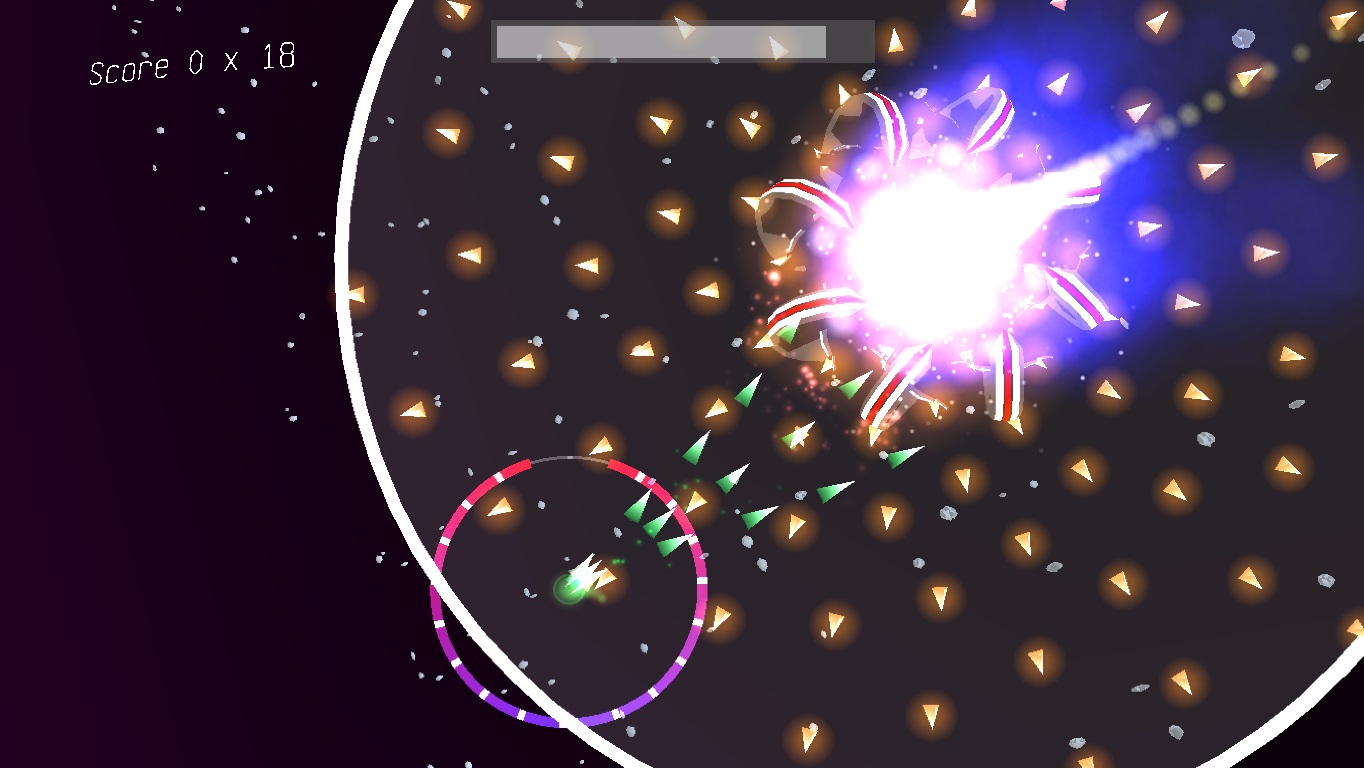 The stage designs themselves build on top of the foundation. After each stage, the player chooses to leave via an easy gate or a hard gate, which dictates what the next stage will be. Working through a larger version of a map that takes obvious cues from Star Fox, there are dozens of levels to enjoy, with some changing mechanics that completely upend the strategies used. A basic example is found partway down the easiest path, where the player is stuck between two rolling, spiked logs. Shooting it rolls it away towards continually spawning foes that are trying to push it back. Using bomb blasts to overcome overwhelming force, while allowing enough slack to build up a ridiculous multiplier, it’s a hectic one off level that forces the player to get extremely daring to hit the score limit. Most of the stages are built with various one off mechanics and enemy spawn patterns. By themselves, most wouldn’t be too difficult to clear. The real challenge is puzzling out the best strategy to beat out the jerk that’s in top place on the leaderboards, which usually involves flying dangerously close to the metaphorical sun.

The quality of the gameplay itself makes one feel almost guilty for calling out the graphical shortcomings. This is a title that was obviously built on a limited budget, and it really does show. The menus, map, and player ship all have the appearance of a title that was built as a high-school student’s first foray into game’s programming. From the generic font, to the nondescript ship designs, this is a game that looks incredibly amateurish. A couple of the bosses do provide an exception to this observation, and the hand picked promotional screen shots do highlight some of the better moments. In play, it is quite noticeable. It feels cruel to call out, especially as this is the brainchild of an intelligent individual who has created an remarkably fun game, but the lack of visual pizzazz holds the experience back in a meaningful fashion. 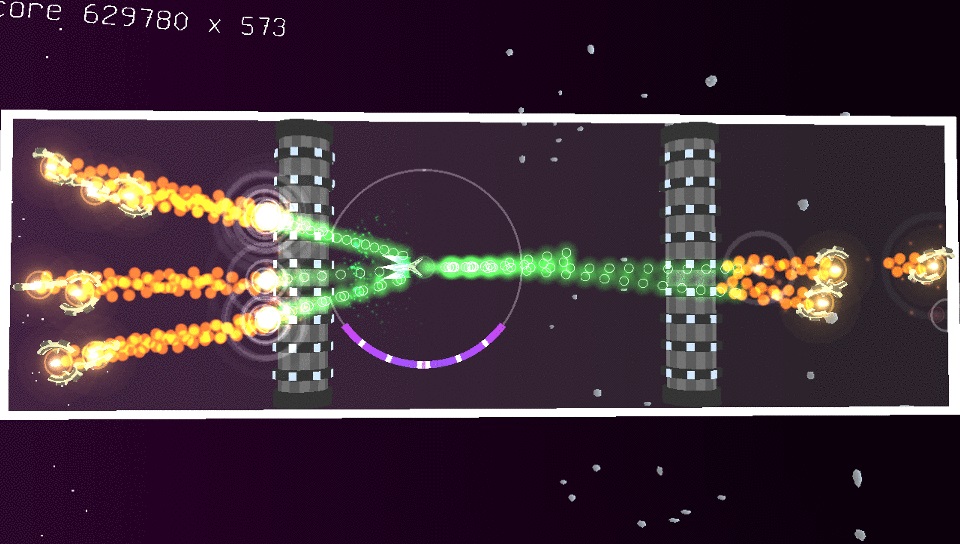 Underwhelming visual style notwithstanding, Son of Scoregasm is a well-designed shooter tailored to players who have grown weary of the rut that the genre has worn into the road. The mechanics are unique and enticing while the stage design thoughtfully uses these tools to craft a compulsively-playable title. It’s just different enough to feel completely fresh while hewing to a simplicity that allows for easy understanding. This is a fantastic game for score chasers and those that simply want to challenge themselves.