Sonic the Hedgehog’s latest major adventure, Sonic Forces, will soon be upon us, having a November 7 release date. It seems promising so far, having seemingly done a lot of stuff right and carrying over a lot of the gameplay that made Sonic Generations a success. But the standard cycle of worrying about whatever pitfalls the game will run into is still in effect, and as one such example of that, people are still rolling their eyes at the thought of another Sonic game having new characters. This time including customizable characters made by the players, basically creating their own fan characters. As expected, such an idea was met with ridicule, as “Original the Character” and the like are frequent targets of mockery by countless people online.

But the idea of everyone laughing at Sonic fan characters and not wanting any new characters cluttering things up took an interesting turn earlier this year when Sonic Mania came out, and we eventually got introduced to one creation in particular: Eggette.

Okay, time for some backstory for those of you that didn’t hear about it. At the end of the remixed Flying Battery Zone in Sonic Mania, you face off against the new boss created for it, the Spider Mobile, where you have to hit the bumpers on it so that you can fling the machine into various spikes that appear. As usual, this vehicle is piloted by Dr. Eggman, but due to the way things are set up, he’s to be in an upside down position, with only his flipped head showing.

Artist Alpha Gamboa, though, interpreted this differently. To them, the upside down face resembled that of a spiky-haired young girl, one wearing Eggman’s dark glasses and sporting a tiara and jewel on their forehead. A few sketches later, Eggette (or Omelette, as some have called her) was born. And then the internet went wild, leading to a metric ton of fan art and seemingly unanimously deciding of the idea of her being Eggman’s niece (because if Bowser can have eight kids, why the hell not), and demanding the she be made canon (although Alpha has insisted that you do not harass the developers about this). It’s hard not to see why everyone fell in love with her. She’s ridiculously adorable, fits in with the series nicely, and with Sonic Mania’s plot involving a reality-warping gem, it wouldn’t be hard to find a way to fit her into the universe.

Now, we aren’t exactly the first to tell you all about that, obviously. But it does bring up the question of why this one particular fan character from Sonic Mania is lauded by practically everyone that sees them, yet the idea of allowing you to create your own fan character in Sonic Forces is absolutely laughable. Having played part of the game last month, the issue doesn’t lie within the gameplay. The “Hero” characters pretty much play like Sonic with the same, classic gameplay, just with a couple of added abilities. So they aren’t threatening to damage that area.

No, the issue seems to lie more with how your typical Sonic fan character is perceived by the general public. See, as someone who tends to spend a good chunk of their spare time browsing deviantART, I can tell you that there are several talented artists who actually spend a lot of time on their own Sonic characters, in both design and background, even replicating the style of the games as best as they can. And then, of course, there are a bunch that are poorly-drawn and just recolored clones of Sonic or other characters. This being the internet, you can guess which of those two tends to get the most attention from outsiders.

So yeah, the idea of Sonic fan characters being cheap and lazy designs with zero effort put into them sadly tends to be the dominant face of this particular fandom in the eyes of others. So including fan characters by having us simply customize and recolor various bases, as opposed to utilizing a popular design among the fandom, is going to get some jeers. Honestly, I do actually think the customizable Hero characters are a cute idea, and it’s obviously a nice gesture incorporating the fans into an anniversary title like this somehow. But indeed, you can see where the mockery comes from, though we’d like nothing more than for the game to prove us all wrong. 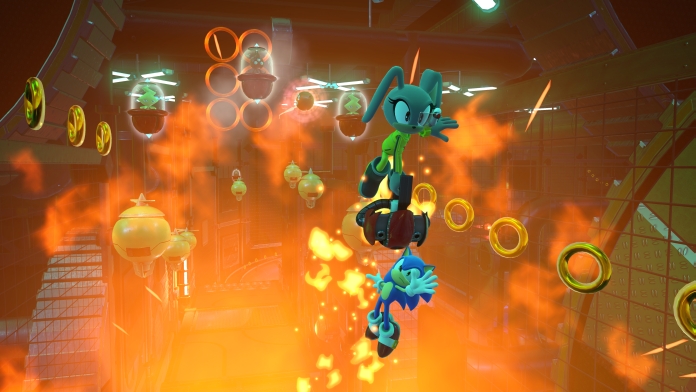 Well, the simple answer is that the Sonic characters typically considered to be the worst tended to either appear in the worst games in the franchise, or are associated with the worst gameplay sections in good ones. Princess Elise, Chip, Silver, Big…they tend to be the target of mockery by many. Or alternatively, the awkward transition of the the franchise into 3D with Sonic Adventure forward kept placing emphasis on more and more characters. Sonic Adventure had six playable characters, as did Sonic Adventure 2, and Sonic Heroes had twelve. And while not bad, these games haven’t aged well compared to the 16-bit titles, so with the turning point towards the decline of the games happening in tandem with these additions (hot helped by the better titles like Colors and Generations putting as little emphasis on other characters as they can in marketing), the natural assumption is made that new characters are poison for the franchise. 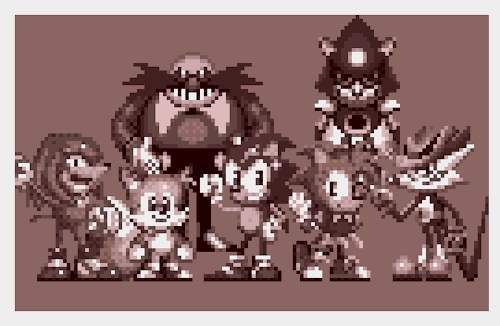 Of course, this leads to the irony that the classic Sonic games also happened to introduce lots of new characters in their day across several titles, including Fang, Beak, Bark, Mighty, Vector, Espio, Charmy, Ray…the list goes on. But these characters tended to either be in more minor games, or ones that didn’t appear Stateside. As such, this has created a “dark horse” status for them that (also ironically) sees people demanding that they be seen more often. But with this and the likes of Eggette, we do have an idea of what most people want when it comes to new Sonic characters.

First, they want simple, colorful, memorable designs, those you can easily recognize, but with enough details to help them stand out and differentiate themselves. And a larger variety of species helps. They also need to be able to show off their personalities through just general looks and body language, like how Sonic says a lot with just his iconic impatient idle animations alone. Basically, we want characters that fit perfectly into classic Sonic games, then we can see about fitting them into modern games. This is pretty much why Eggette and the Hard Boiled Heavies were a success, embodying these traits. The new characters also don’t need to be playable, but if they are, keep gameplay traditional, with some slight tweaks. And make sure their role in the story doesn’t overshadow anything, though that’s more of an issue for the writing in Sonic games.

Speaking of which, it typically isn’t the best idea for Sonic the Hedgehog games to have characters that are too serious. Villainous ones, sure, and there’s nothing wrong with a straight man, but we really don’t want anyone that feels like they explicitly go against the vibrant, colorful style the series is known for. Which, when it comes to Sonic Forces, brings us to…

…Yeeeeah, I am really not a fan of the design for Infinite, the new villain, who looks like a rejected Kingdom Hearts character, and in terms of personality and even music, screams “edgy.” Again, I would love nothing better than for the game to prove me wrong in this area, though, and have more about Infinite revealed throughout the adventure that makes him an enjoyable antagonist. But in contrast with the more traditional designs the Hero characters can have, right now he sticks out like a sore thumb, almost like a parody of what we don’t want from new characters here.

In the end, the idea that we should naturally dread new characters in Sonic the Hedgehog games is ridiculous, though. Even with some of the duds they’ve produced, the odds of a successful character are no less worse than that of any other long-running franchise introducing one. It simply just depends on how the designers and writers approach things. And the same basically goes for fan characters as well. Maybe some players will make Hero characters in Sonic Forces that are abominations, maybe others will make stellar ones and inspired to build upon them (although part of that may depend on how the overall story plays out). And sure, we’d all like it if we were back in the era when these characters didn’t speak and things were simpler, but we also shouldn’t be afraid of showcasing more personality as well.

To close things out, I encourage those reading this to showcase some positive examples of new Sonic characters. Tell us what you personally want in new characters, which ones that were introduced have worked for you and why, maybe even share examples of fan characters that you genuinely like. The more we go over how to improve any issues with the series’ character issues, the more we can help things hopefully improve in the future. Granted, it probably still won’t stop the aforementioned cycle from happening again when the next game comes out, but hey, every bit helps.