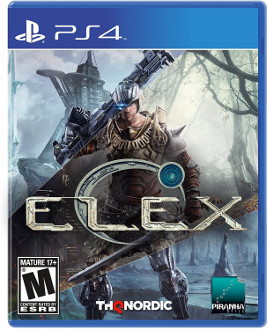 Imagine if you will a miracle substance. A substance that is capable of creating immense technological advances, rejuvenate the earth, create magic and even be infused with people’s biological flesh to create superior physical and cognitive abilities. The potential for good that exists in such a versatile and powerful material could bring to the world is limitless, and it could usher in an age of an advanced utopia. Now let’s imagine this miracle substance came to this world. Chances are different cultures and belief systems would disagree over what the “right” way to use this material is. Instead of uniting us, it would drive apart and warring against each other, each faction believing the other one’s use of this material is of the absolute toxicity to the planet or mired in outdated superstition. Wars would be fought for control of it, and even within one’s own faction there would be backstabbing and deceitful practices going on for personal gain, as the brink of being able to synthesize paradise is within our grasp it becomes the means to the fuel, and the us and them mentality will drive all the factions into a state of perpetual war with each other. Art imitates life and that may have been one of the intended results of when the developers put together Elex.

Elex is the titular substance at hand that came to the world of Magalan via meteor some time ago. It had quite a catastrophic arrival, but since coming to Magalan it has led to the flourishing of four different factions who cannot see eye to eye on how to use this newfound alien resource. These four groups are the Berserkers in Edan, the Albs in Xacor, the Clerics in Ignadon, and the Outlaws in Tavar. These separate societies are all at different stages of technological advancement, and also use elex for different things. The Berserkers shun technology and use elex to create mana which allows them to use magic. The Albs use it to grow stronger in body and mind at the cost of losing all emotions, essentially if someone took the logical minds of vulcans and made them efficient killing machines. The Outlaws are anarchists, owing allegiance to no one and scavenge all they can, using elex to chemically enhance themselves like junkies injecting super powers. The Clerics believe consuming the Elex is a sin, but that doesn’t stop them from using it for other benefits. The Clerics use incredible elex powered technology, including plasma weapons and powerful mechs.

The Albs are the de facto enemy faction, as the protagonist Jax is a former Alb who defects from them after he survives an assassination attempt from them. The first person who finds him and takes him in is a Berserker but Jax is free to accept or reject their hospitality and join any faction the player chooses. Each of the factions are somewhat xenophobic of each other and have strict rules to follow, to some extent anyway. Flying around the Barbarian camp with Jax’s jetpack will cause a lot of residents to yell at him, but during the playthrough no major consequences seemed to happen as a result of the joy flying. 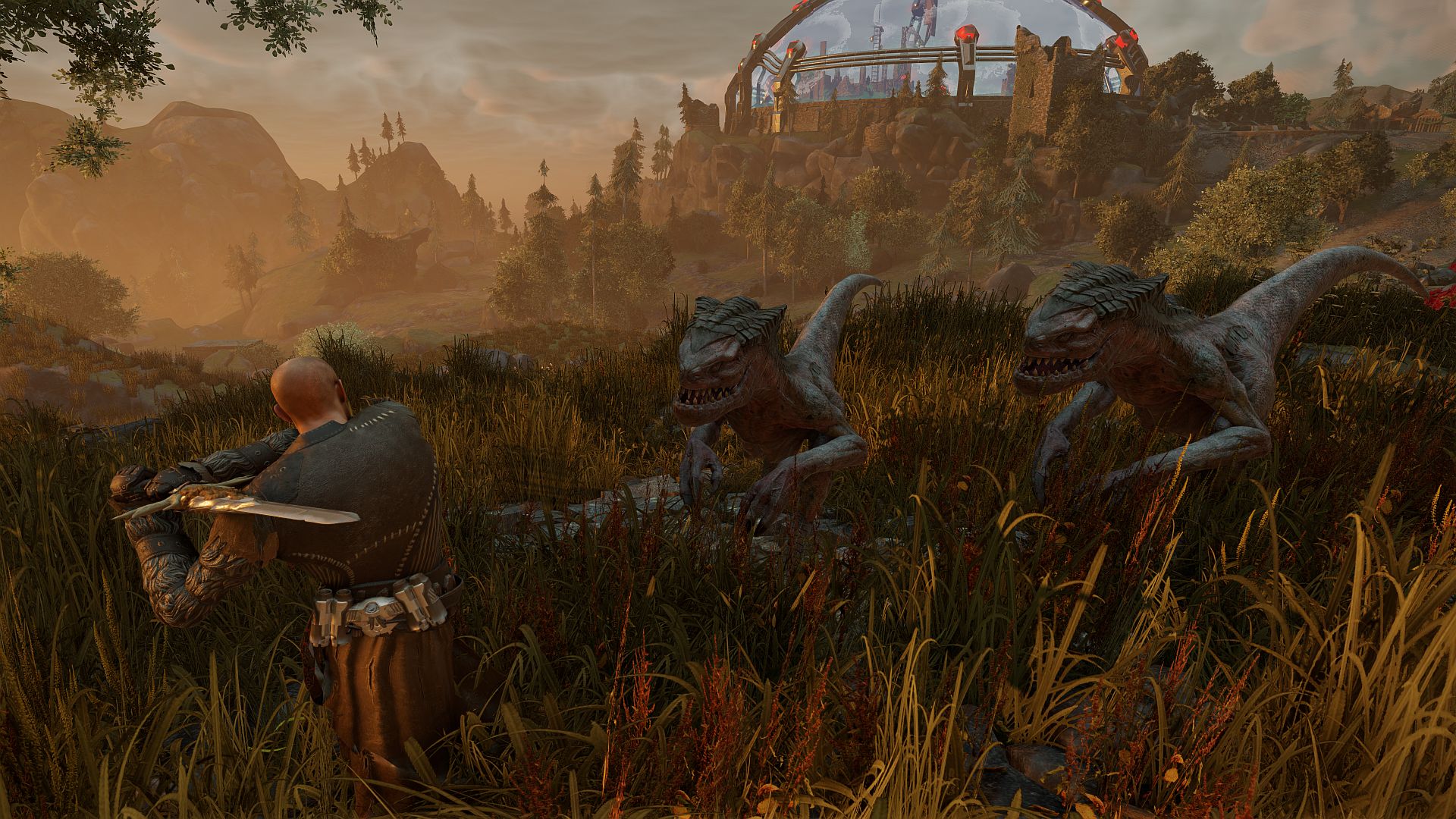 In order to complete Elex, the player will eventually have to join one of those three groups, and joining a group will open up a new set of skills to learn. The player cannot make Jax a magic using technomancer super powered elex junkie, they have to commit to one side and only gain access to that factions special skills. As a dual edged sword, most abilities have an equivalent counterpart in a different faction so the player can pick a faction based on a style preference and create a comparable built across any of them, which is nice in that it takes some of the pressure off the decision but also downplays the importance of choosing his alliance.

One thing that becomes clear early on is Magalan is not a friendly or forgiving place. Venturing too far from a friendly settlement can result in an early death quite easily as many of the mutated creatures and hostile humans are much more powerful than Jax. Spending some time in town, learning about the culture and gaining experience and items from talking to people and doing quests is a good way to familiarize oneself with the world and gain enough strength to take on some other challenges. Like a lot of townsfolk in some of the Gothic games, Magalan is populated by some of the most useless human beings to ever exist and depend on Jax to do a number of minor tasks that no one in the settlement can be bothered to address on their own like securing a shipment of food supplies for a town. But doing these tasks will improve Jax’s relationship with a settlement, and allow the option to improve his abilities by being trained by these people. A lot of the people are suspicious of outsiders, but becoming part of a community is important to Jax’s survival. Learning skills to fight and equip better weapons are essential, and anytime someone Jax has befriended offers to join him on a quest except their help. The problem isn’t that Elex doesn’t hold the player’s hand when it gives unclear objectives but because it doesn’t offer a rewarding challenge to go with the unclear objective. A lot of difficulty comes from either fighting adversaries that are vastly overpowered or trying to figure out what path of jetpack gymnastics are needed to reach the quest marker on the map. 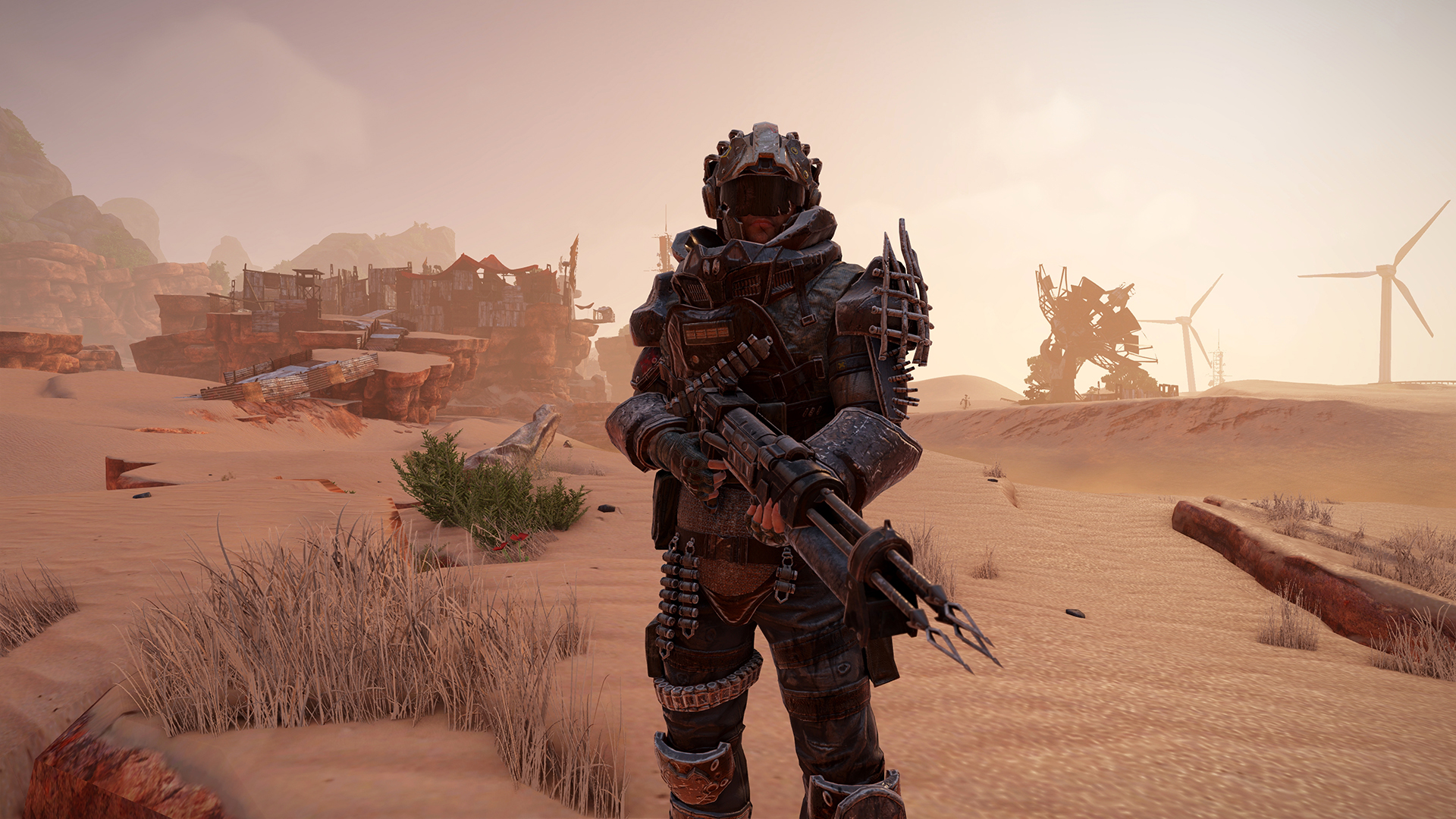 Joining a faction is not something that needs to be done immediately, in fact the majority of the game can be played with no declared alliance to one. This is good since making friends and fitting in takes about as long as it would in real life. The use of dialog trees allows the player to shape the conversation with NPCs though a lot of times the choices are limited and a lot of responses are hostile in nature. The limited scope of dialog tree options is actually a good metaphor for Elex as a whole. The world of Magalan is enormous, and is filled with very different societies and encounters but the ambition of what Elex tries to achieve is greater than what is found in the execution. Many of the conversations feel as if the dialog tree presents an illusion of choice, or a very superficial impact on the situation. Each of the factions are interesting on their own, but having Barbarians dressed like a cross between the World of Conan and the Night’s Watch with Outlaws dressed up like a wild west and Crocodile Dundee cross over just doesn’t quite mesh, especially when throwing in the futuristic Albs and Clerics. They don’t look like different societies in the same world but like someone took several different fantasy worlds and threw them together. It’s a minor gripe, but it does break the level of immersion.

Combat is run of the mill third person 3D action, and while serviceable is not one of the highlights of Elex. There is a weak attack and strong attack, and if the player can string together a combo of hits a special attack can be executed, but the problem with that is after three or four attacks the stamina bar is depleted and the player will have to wait for it to refill before attacking again. Early on the player will probably see Jax die quite a bit, and a lot of these deaths will feel cheap. An early mission involves tracking some Albs that can vaporize Jax in a couple shots with their high tech guns. Another mission available early on requires Jax retrieve a weapon for an NPC who dropped it (refer back to useless people). This particular character dropped his weapon behind a giant mech, and anyone but the most nimble of characters will be killed instantly in one shot as soon as they get close enough to the mech to snatch up the missing weapon. Getting enough resources to trade for new weapons and befriend people enough to be trained takes quite a while, so while Jax may be tough enough to survive an Alb execution, he feels underpowered for quite a long time. 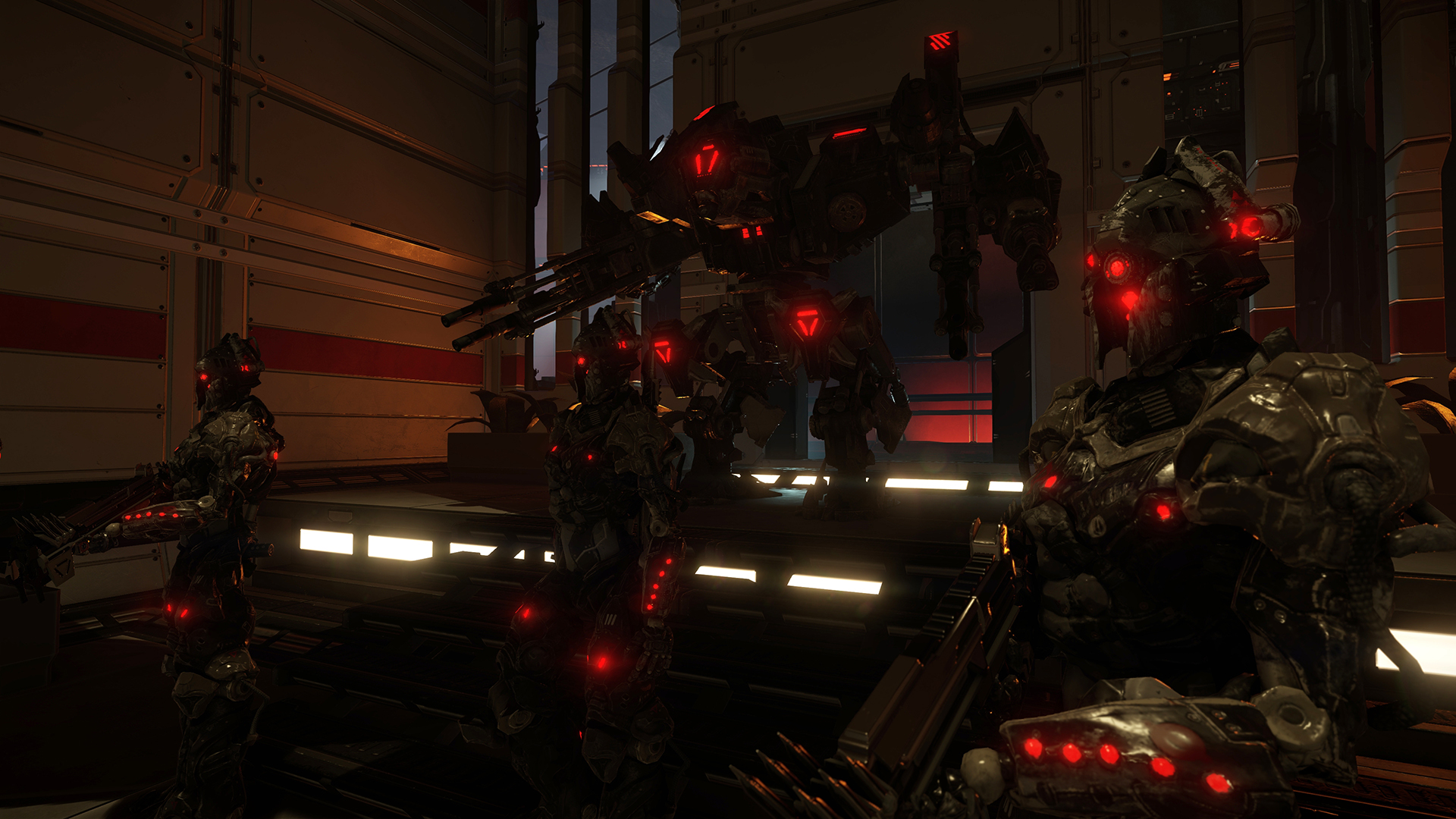 The story of Elex is interesting though not spectacular. The idea of the miracle resource that can do all these different things is interesting and the different factions who believe in the right way to use it remind me of international conflicts on this planet based on natural resources along with the opposition of different faiths and ideals. The failed execution and subsequent revenge plot of Jax against the Albs isn’t the most original but it gives a focal point with all the nonlinear exploration and freedom that is offered. A lot of the NPCs’ backstories show the hint of being interesting but most of them are not fleshed out to actually really care about them, though there are a few characters that are worthwhile to get to know outside of the benefits they can provide Jax. This is also the case with the factions themselves where each faction has their belief system as to what elex should be used for and most members are caricatures of their factions archetype, i.e. technology is bad, let’s heal the world with mana or don’t poison yourself with elex, use it to make great tech advances.

Elex is generally medicore on the technical front. The music isn’t bad but it also isn’t too noteworthy either, it fits the scenes appropriately and there probably won’t be a strong urge to provide your music to play with this game but you also wouldn’t be missing anything if you did. The voice acting ranges from decent to cringe worthy, and certain characters pronounce other character names differently. If this was done across the factions and consistently within the factions it could be a cool accent feature but inconsistent among people in the same society just seems like an oversight. The character designs aren’t bad but not the most original, most of them look like combining elements of other popular franchises and the graphics in general look a few years older than they are. The game in its current state does have a bit of a bug infestation problem which hopefully can be addressed soon via patch. Most of the time it’s things like framerate issues or quests being triggered by stepping into a location that is nowhere near where the beginning cutscene takes place. One of the most annoying bugs and unfortunately common ones is the controller will stop responding in a trade menu or taking items from a locker or bag. This can usually be resolved by exiting out and reentering a couple times but really should be fixed. 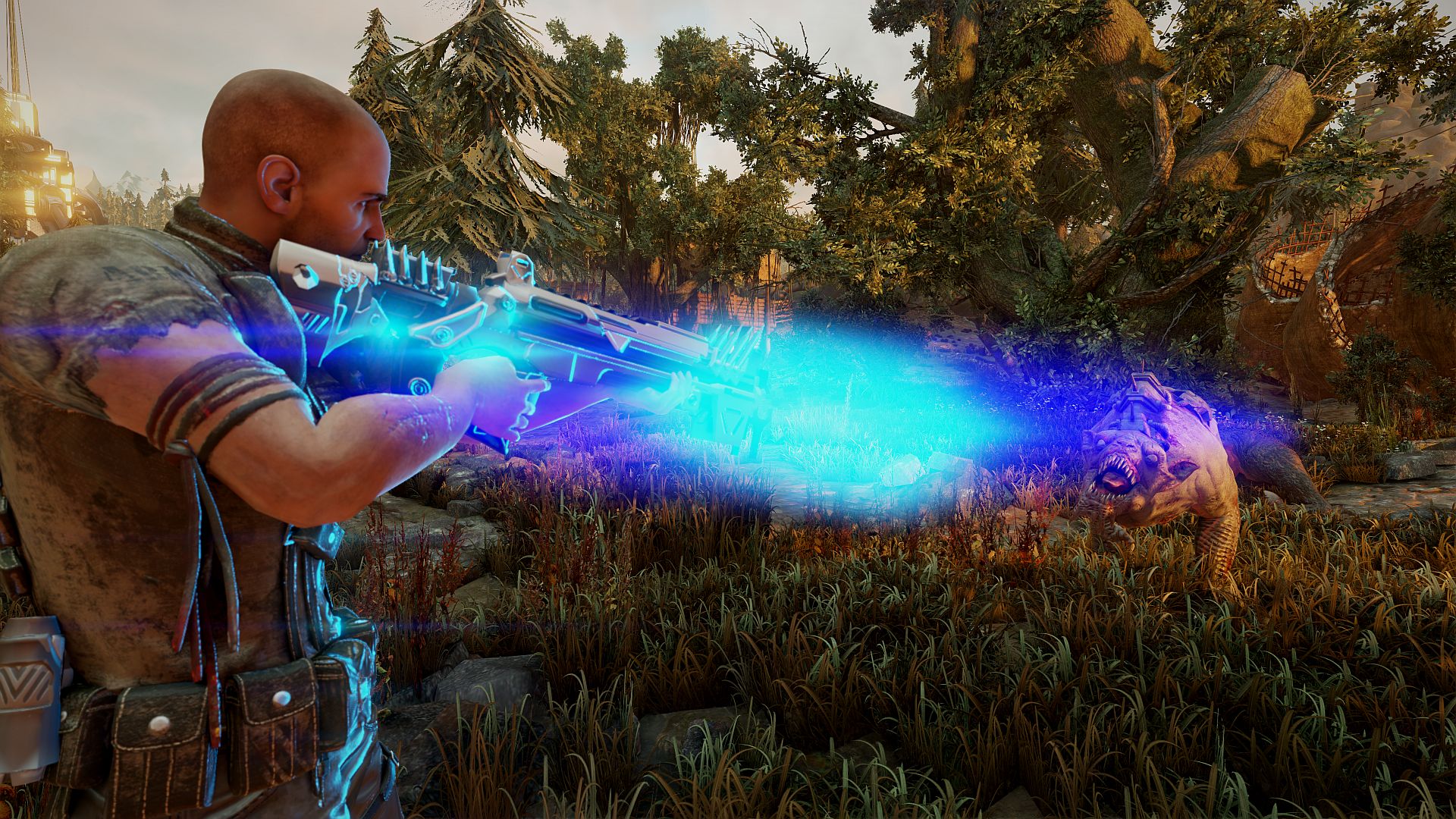 Elex is an unfortunate case where it appears to be too ambitious for its own good. It has a lot of great ideas, enough where it became a title of great interest when it was first announced, but the final result is something that shows promise of greatness without actually being great. The different factions are cool and the jetpack feature is a fun way to travel around, but this is offset by the different societies not meshing well together in the same world and janky combat mechanics. It feels like if the scope of the game was actually narrowed it could be refined and polished into a better overall experience. As it stands, Elex is not a bad game, but it doesn’t fall on the must play list either. Fans of the developers previous work in the Gothic and Risen series should actually check this title out since during the review playthrough Gothic flashbacks were a common occurrence, but outside of that fanbase, there are better non-linear choice-driven RPGs out there.