At this point, it feels repetitive to talk about what a monstrous year for gaming 2017 has been, but if there’s one genre that’s really outdone itself this year, it’s battle royale titles. Previously known for their hit-or-miss releases that appeared and vanished off the radar faster than you can say Kinji Fukasaku, it wasn’t until this year that a game in this genre has managed to not only obtain, but secure such a large audience in the form of the worldwide phenomenon that is PlayerUnknown’s Battlegrounds. Even in Early Access, Battlegrounds has been shattering records on Steam since its launch back in March, garnering its fair share of returning players in a year stacked with constant new releases. More importantly, Battlegrounds has already begun to inspire other developers to adapt the multiplayer arena battler, including a new mode within Grand Theft Auto Online, and more recently, Fortnite: Battle Royale, a standalone free-to-play release that incorporates the crafting and cartoonish style of the original Fortnite game. While Fortnite and Battlegrounds have already clashed with one another thanks to a developer/publisher controversy, their ever-surging popularity means they will continue to do so for the foreseeable future. But, what better opportunity than to take this emerging competition and examine a couple ways that each can stand to benefit from one another as they continue to grow and evolve in the months (and possibly years) to come.

At a glance, this issue is easily one of the more notable differences between the two titles. While Battlegrounds’ UI is far from perfect and has continued to evolve since its release, the Fortnite UI has remained consistently overbearing, taking up a large portion of the screen throughout the match. There are necessary elements to display, such as health, ammo and the minimap, but the additional crafting mechanic is where the overlay could use some reduction, as there’s rarely a constant need to know one’s material counts and surface types. Replacing the five small weapon boxes with one larger square that rotates through the available weapons and items would also help benefit the overall experience, with fewer bright colors and numbers in the bottom corner of the screen to distract from the intense gameplay at hand. In many facets, Battlegrounds has become well known for its depth through simplicity, and Fortnite could stand to benefit from a similar lesson in its approach to UI. 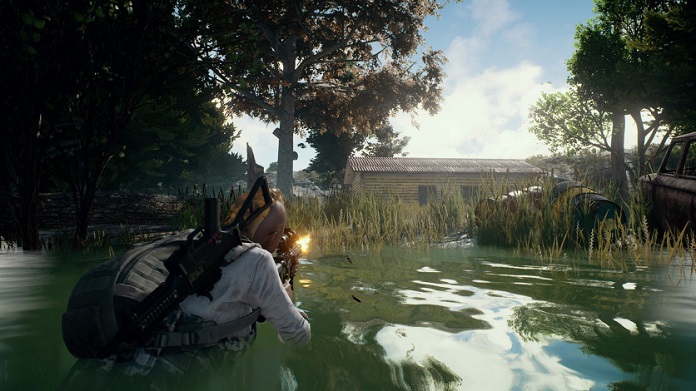 One of Fortnite’s cooler mechanics is the way loot drops upon a player’s death, littering the ground with a cavalcade of colored items that make them instantly enticing to rush towards, regardless of the situation at hand. However, with many of these scenarios requiring quick and precise timing, it can often be frustrating to grab and drop the intended items, instead leading to inadvertent deaths that feel unfair or undeserved. While the Battlegrounds inventory menu isn’t very aesthetically pleasing, it clearly lays out where various weapons, armor and attachments should go, and can be quickly mastered within a handful of matches.There’s an argument to be made that Fortnite’s inventory is less important on a moment-to-moment basis, with no attachments or multiple armor types to speak of, but having the menu be more refined and accessible in those moments where it does count can lead to fewer cheap deaths during the game’s more climactic moments.

There’s no denying the streaming and social media appeal of Battlegrounds, as each match is all but guaranteed to spawn a highlight for at least one of the hundred players fighting for survival. However, for every purely random and coincidental clip, there’s also plenty out there that seem forced, as players attempt to extract the fun from a title that often seems to focus too hard on being as serious and gritty as it believes it needs to be. While there’s no need for Battlegrounds to go full Saturday morning kids show like Fortnite, a greater sense of levity and realization at one of the many draws of this multiplayer shooter could go a long way towards extending the life of one of this year’s most highly played titles. 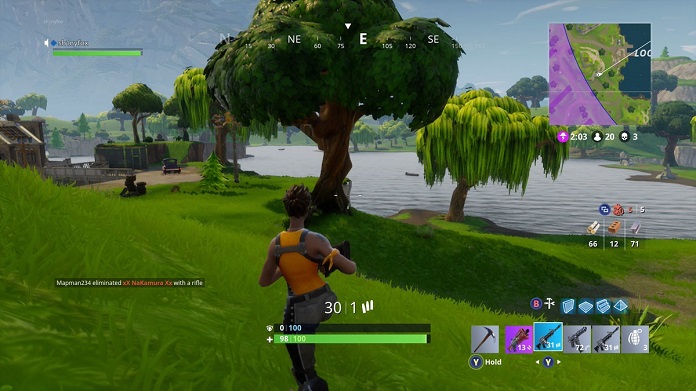 Along with Fortnite’s lighter attitude comes a more varied and explosive arsenal of weapons to pick up, including RPGs and Grenade Launchers. As a result, the environment reacts to the firefights more frequently, as both established and player-created buildings fall apart as bullets and explosives fly through the air. While Battlegrounds has its share of destruction, the buildings mostly remain intact as players are able to easily determine hich areas are safe and which are exposed. There’s nothing wrong with this sense of certainty, and Battlegrounds would feel like a different game if it had Battlefield-levels of destruction, but the world reacting to PvP clashes in more interesting and distinguishable ways would go a long way to creating a sense of atmosphere and life within the towns of Eastern Europe.