South Park: Phone Destroyer is confirmed for a worldwide release on November 9 for iOS and Android devices, Ubisoft announced today.

Posting the news on the UbiBlog, the Phone Destroyer’s publisher revealed that the free-to-play South Park title “avoids the pitfalls of energy, timers or other limits on how much you can play.”

Ubisoft says that the Phone Destroyer will be “supported and expanded” with new updates in its post-launch period.

The Phone Destroyer, which Ubisoft revealed at E3 earlier this year, combines turn-based combat seen in 2014’s South Park: The Stick of Truth with a trading card mechanic.

With over 80 different cards available in The Phone Destroyer, the single-player campaign includes “60 story-driven, dialogue-filled levels.”

The more that a Phone Destroyer user progresses through the story, the more cards, loot and challenges are unlocked in the mobile title. 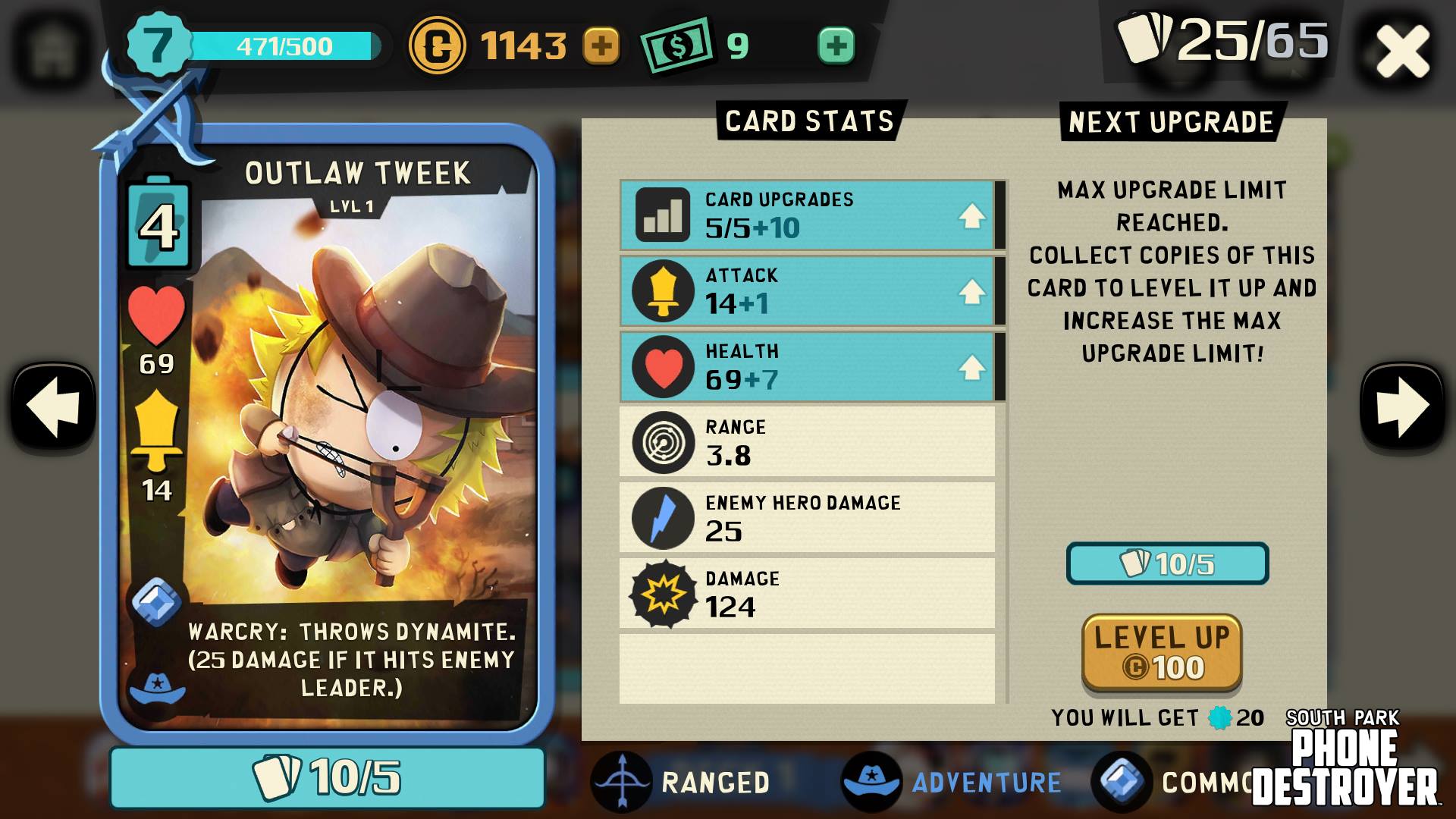 Players take control of the New Kid in The Phone Destroyer, who first appeared in The Stick of Truth.

Developed by RedLynx, The Phone Destroyer features South Park characters, both past and present, throughout the title. That includes the likes of Officer Barbrady, ManBearPig and new character Marcus from the most recent season of South Park.

Last week, the critically acclaimed sequel to The Stick of Truth, South Park: The Fractured But Whole, received a free trial on both PlayStation 4 and Xbox One.

The Fractured But Whole “builds on everything that made its predecessor good and enhances many of the gameplay elements,” Hardcore Gamer’s Chris Shive wrote in our review.

“The Fractured But Whole is loaded with toilet humor and enough F-bombs to make Andrew Dice Clay and Sam Kinison blush, but anyone following South Park over the past twenty years should be expecting that,” he added.

For more on South Park, be sure to also check out Hardcore Gamer’s review for The Stick of Truth.