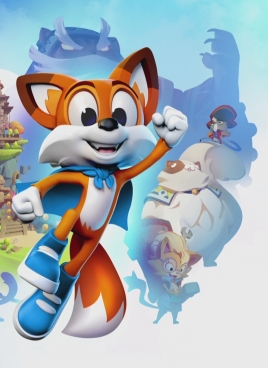 Super Lucky’s Tale acts as a sequel to the original Lucky’s Tale on Oculus Rift, but doesn’t require you to have played that to enjoy it. Lyra and her brother Lucky are out to save the world from the evil cat Jinx and his litter from getting a book that can rewrite history. Lucky sacrifices himself within the book’s pages to save his sister and hopefully the world. Doing so involves taking out a great many enemies, successfully hopping on platforms and finding enough clovers to move on in the adventure. The core action blends platforming with a collect-a-thon reasonably well.

Lucky has a few tools at his disposal to excel. Jumping will serve him well as will swiping at enemies. Careful timing is key because a hop and bop may actually work better than a swipe. If you have several enemies in rapid succession, you’re usually better off jumping on them than attempting to attack since one may just hit you right as you are going to attack the other. Hopping allows you to carefully jump on one foe before doing the same to the other. Being an artful dodger can also work well since it can bide you some time to get a better angle on an attack. Having an enemy in an odd spot means that landing a perfect jump on them is tough — but that can be alleviated by adjusting the camera to a better angle. Sometimes the camera gets stuck, though, and there’s no indicator on that being the case until trying to manually adjust it. A click of the right stick centers it when it’s behind your back, but in areas that you would think have an open camera and don’t, you have to just hope to move the left stick properly to compensate for the isometric viewpoint you are stuck in. This viewpoint can lead to some needless death’s and frustration. Super Lucky’s Tale both provides fun and also wastes a tremendous amount of the player’s time. If you die and run out of lives, you may wind up having to repeat entire sections — which may not be a huge deal in theory, but some of these areas have unskippable cutscenes adding even more time wasted beyond just having to replay an area. Clear save markers would be nice throughout the world, and even with the game making it easy to re-earn lives upon too many deaths, it still doesn’t feel like you should have to replay a long section of a level that you’ve already trounced due to a death. 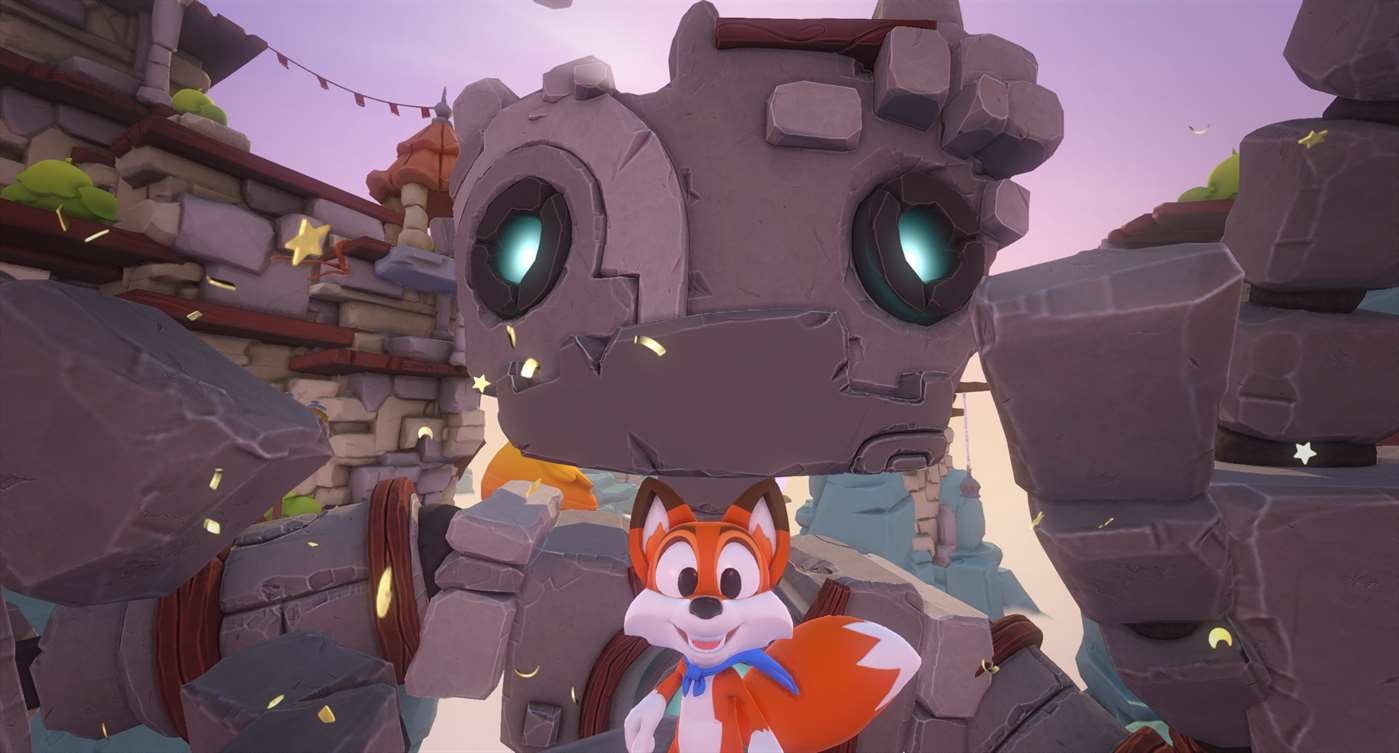 The game is broken up into 2D platforming sections, puzzle-solving sections, and a larger collect-a-thon hub that will allow you to make progress with enough clovers to your name. The 2D platforming sections are impressive and use a side-scrolling perspective from a variety of angles to allow you to go from Point A to B. They all place you close to the screen, while some allow you to go into the background and offer up a bit more challenge. Beyond just having to navigate platforms without a shadow to work with you also have to content with foreground obstacles in your path as well. These areas can be tricky, but are easily beaten with a bit of patience.

The side-scrolling areas allow all manner of goodies to be collected including coins, diamonds, hearts to restore health, extra lives and even clovers. They are enjoyable and offer a fair amount of challenge. Being able to double jump and swipe your way through traps and perils works nicely, with a variety of things at play that requires you to pay attention to things like flipping platforms and ensuring that you don’t eat the spikes on the other side. 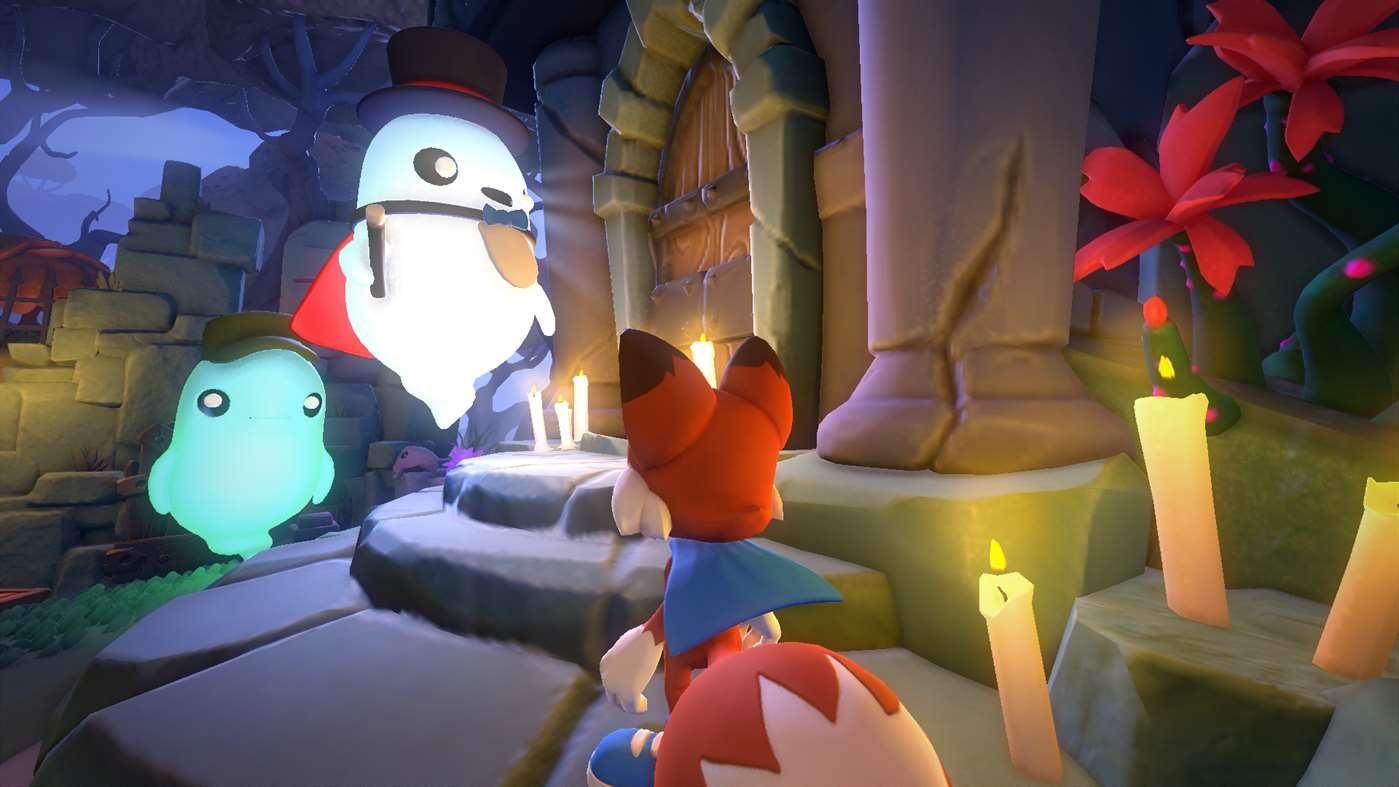 The puzzle-heavy portions bring a lot of overhead Legend of Zelda-style puzzles and even give a similar viewpoint. With these, you need to move a pair of fox statues over to lit signs — and each stage has its own little tricks to it. The more parts of the track there are featured, the more finagling you will have to do to get things where they need to be. These are fun logic puzzles and it’s a blast to figure out exactly how you need to position each filler statue to properly place the ones you need to move into their spot. The puzzle sections are some of the most rewarding parts since they’re short, but grant a clover with each victory, so a win feels like a true accomplishment.

Super Lucky’s Tale’s controls work well outside of the camera issues. The button layout is logical and even more advanced techniques like chaining ground-digging moves together during time trials can be done with ease. You’ll die a bit due to poor shadowing on the platforms in the game, but never due to poor controls on their own. Strong controls mean that you can always topple a task in front of you as long as you give it your full attention. Rushing through things will easily end your run in a hurry. 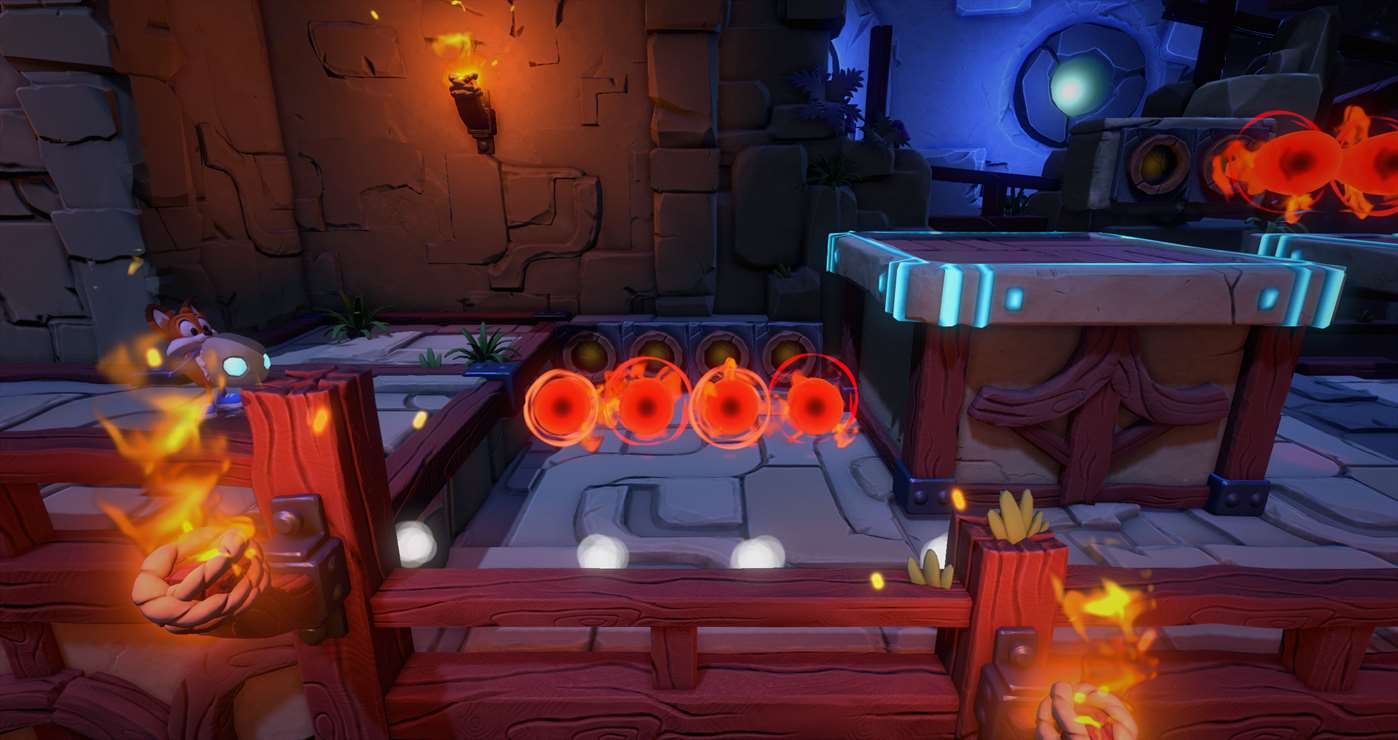 Visually, the game has a bright and vibrant look with a crisp art style. Lucky himself has a big smile and an expressive face, while the world he’s in is full of life and color. The colors are bold and everything has a bright look with a lot of detail. The environments are stunning and feature a lot of subtle lighting cues. Characters receive light on as many sides as they logically should and it makes the in-game world more cohesive. Despite the fantasty-based setting, there is a genuine attempt to make the in-game world realistic through details like this both visually and when it comes to the audio.

The sound design, especially when it comes to sound effect work and your environment, is impressive. During underground sections, a faint echo is heard during speaking parts and footsteps also have an echo-filled effect added to them that makes each one seem slightly more dangerous — even if not in a particularly dangerous area. The normal sound effects for things like jumping and attacks are fine, even if they don’t stand out much. The same holds true for the music. Every song is lighthearted and does indeed get an echo during underground areas, but nothing sticks with you after playing. 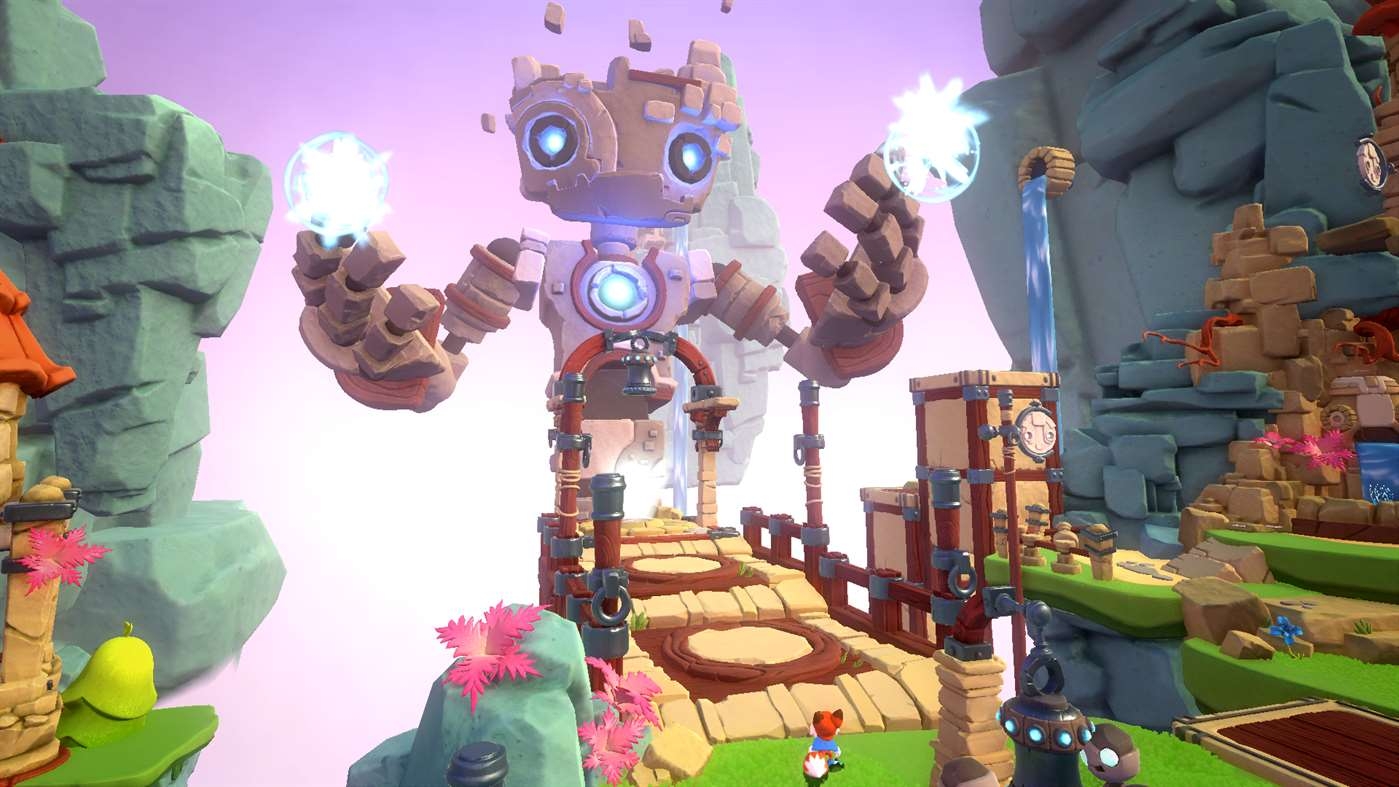 Super Lucky’s Tale is a fine 3D platformer. It blends in more types of platforming than most entries in the genre and keeps the collect-a-thon to a minimum. The core of the game is platforming and that keeps the pace of the action fairly fast. There’s always something to do here and it’s usually fun. The biggest flaw is that it fails to leave a major impression despite getting most things right on a point-by-point basis. It controls well outside of some camera issues and looks gorgeous. The sound design is impressive, while the soundtrack leaves a bit to be desired. The overall game isn’t a classic, but everything is done well and there isn’t much outright wrong with it.