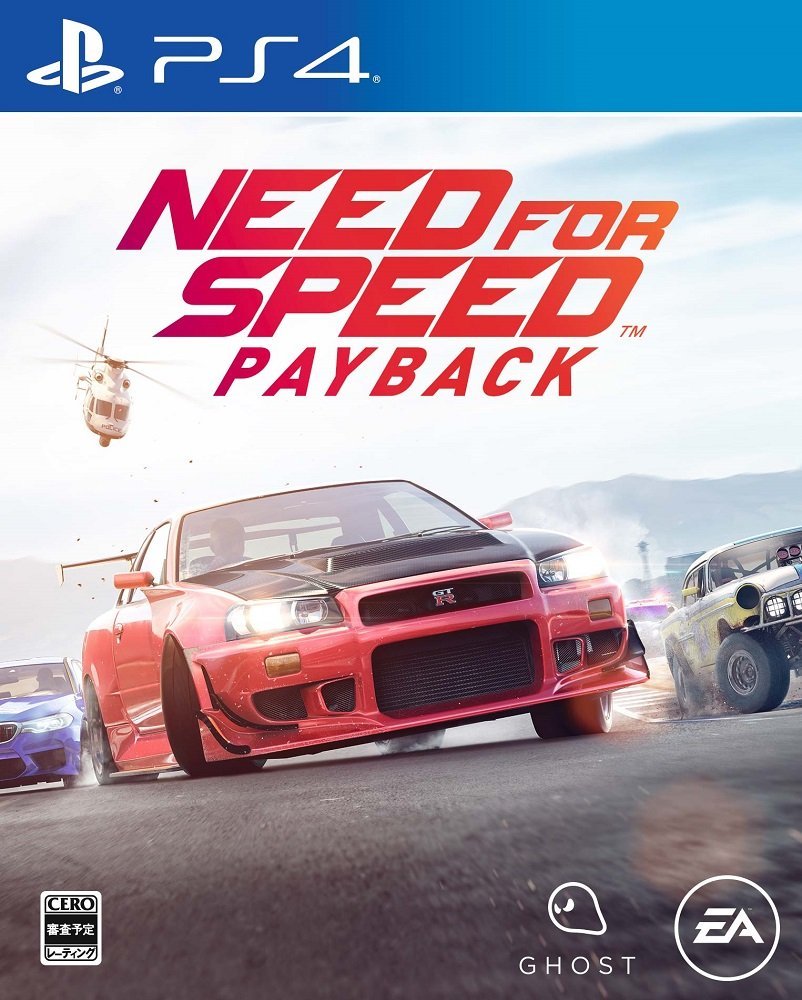 Electronic Arts and developer Ghost Games decided to take a year off from the Need for Speed series in 2016. After 22 installments, a lot of negative feedback from the reboot of the Need for Speed Underground series caused the team to rethink its direction. The team looks to recapture the essence of the series with Need for Speed Payback. The game features the largest open world that any Need for Speed has seen and includes a variety of areas which offer different varieties of racing. Most importantly, a narrative has been included that looks to drive the game forward in an attempt to create a universe. Does all this work out for Payback?

EA has recently gone the way of incorporating narratives into its sports games. While movies such as Fast and Furious have created successful action-racing crossovers, this hasn’t been replicated in the gaming world, opening the door for a game like Payback. The plot’s main protagonists include three drivers from different backgrounds: Tyler, Mac and Jess. Each are proficient at specific types of cars and racing. Fortune Valley, a Las Vegas knockoff, is the setting for the game, but it includes much more than just a city environment. The three get double-crossed by their boss who is in collusion with “The House,” which is basically the mafia that runs Fortune Valley and fixes bets. Tyler resurrects his crew in an attempt to get payback for the double-cross and expose The House for what it is.

The story is what progresses the game and is solid enough on the surface. Unfortunately, it gets in the way of a fun driving experience. Things truly becomes enjoyable when players are able to venture to wherever they are. Payback is almost a tale of two games, with the plot-driven portion not needing to be a necessity. EA has combined many aspects of other games, such as the character swapping from GTA V and plugged it into a Fast and Furious-like universe full of cliché Las Vegas and street racing dialogue. The characters truly don’t have much personality outside of Marcus “The Gambler” Weir, who is filled with the most gambling puns of all-time. As a character, I did enjoy him for actually showing some emotion and being witty. Lina Navarro, the double-crossing boss, doesn’t come off as intimidating. The chemistry between the three main characters feels like an office environment. For as many risks and gambles that are taken in casinos, it seems these characters and the plot were played conservatively. 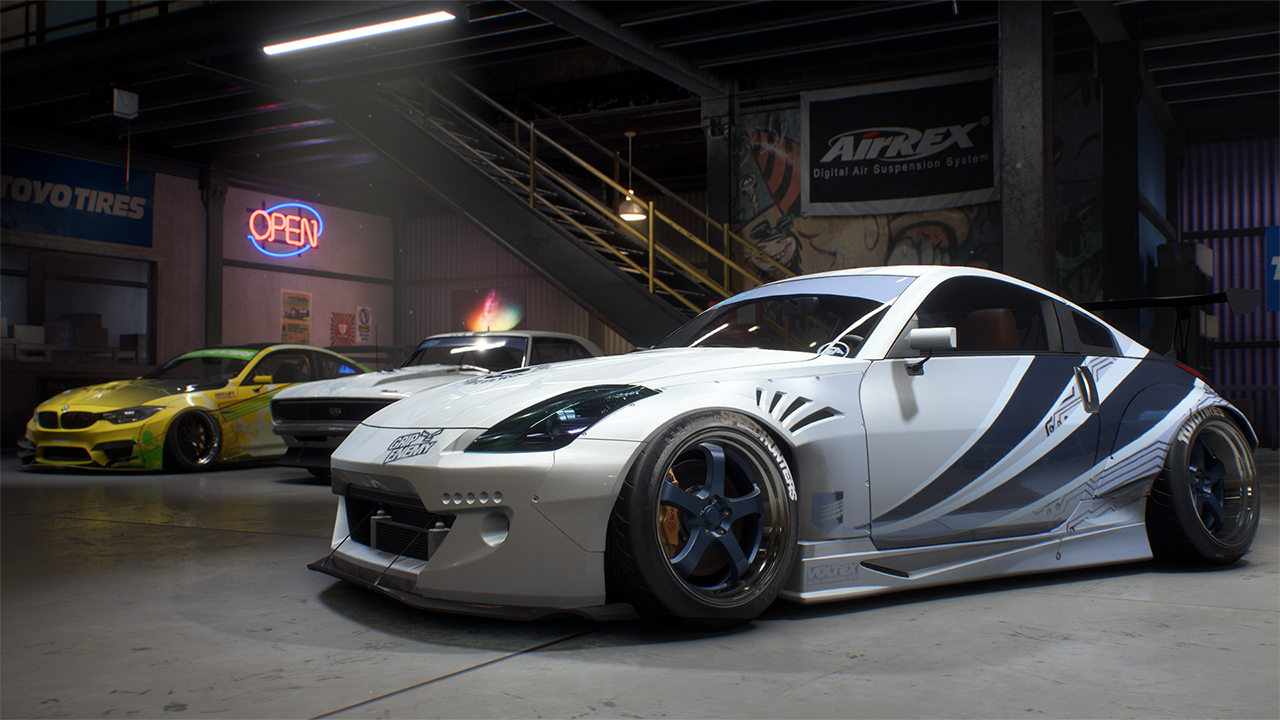 Once getting away from the story, there’s a great sense of freedom. The game turns to its CAR-PG style as purchasing and unlocking cars along with customizing the looks and upgrading become the keys to progression. There’s tons of side-racing and other quests to do keep earning credits and building up the cars. There is much more variety here than in the previous Need for Speeds and this is the closest thing fans of the Burnout series will get to getting a new game.

For the racing types, players will balance between road, drag, drift, off-road and getaways. The goal for Payback was to bring in the best aspect of past Need for Speed games and make the game truly exciting. Police chases are included, but could use to be a bit more abundant. While racing in the city will feel familiar to fans of the series and taking multiple routes in the mountains will trigger nostalgic feelings from Hot Pursuit fans, it’s the desert racing that creates the hook in Payback. While racers can go anywhere on the maps, it’s much more noticeable in the open-world desert. There’s literally no direct route to any destination as players can hop over hills and literally do whatever they want. There are specific cars for each type of driving and each can be upgraded with the help of unlocking Speed Cards. This is much like having decks for characters in other games; cards can be stacked to level up cars as well as be saved for use in other vehicles. 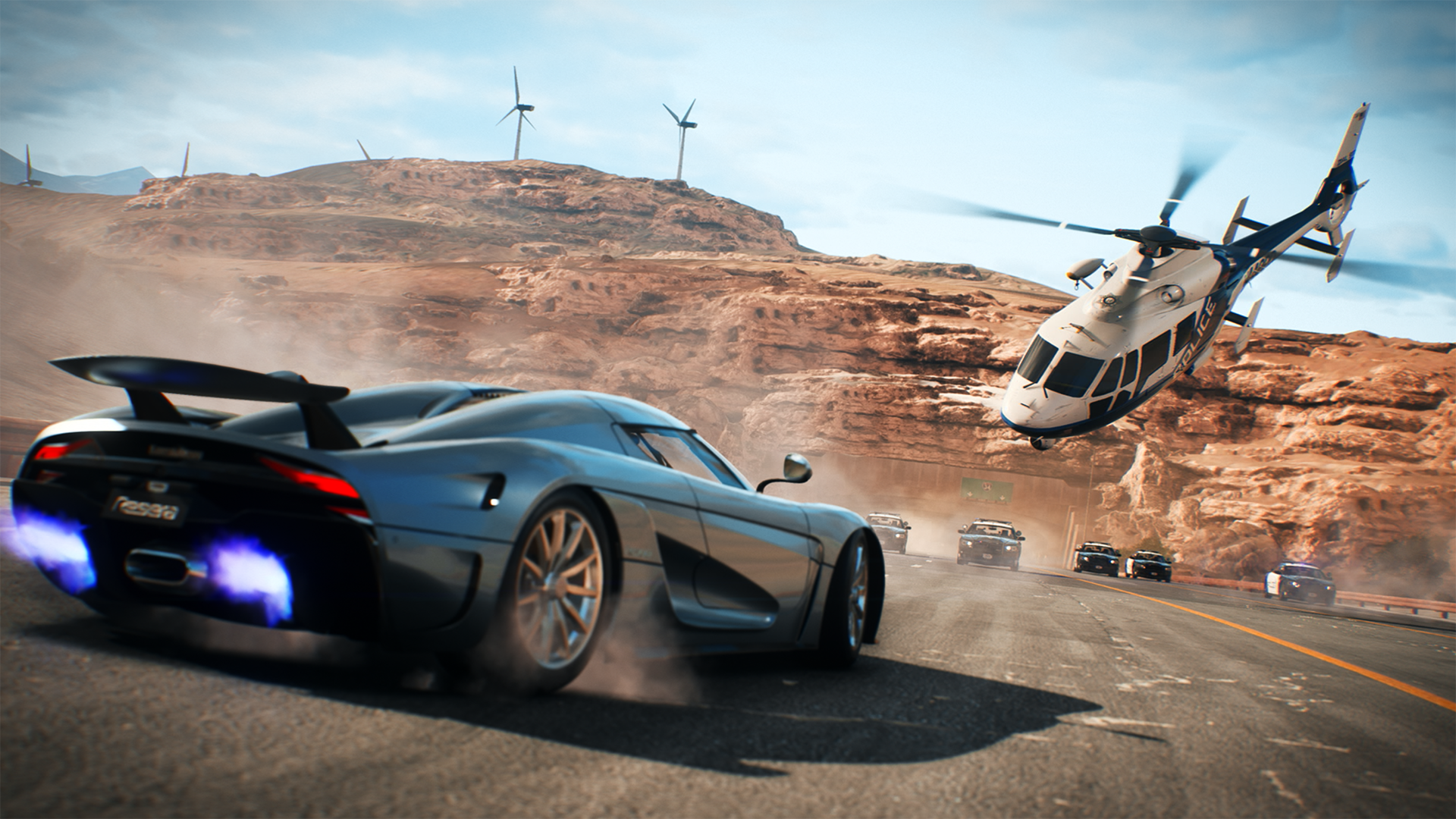 The racing in Payback is all checkpoint-based. This is an arcade racer in every way possible, so car nuts may have some concerns with how things are. This game isn’t meant to be realistic in the least. Drag racing feels much like the old Underground games did, as the focus is on making correct shifts and missing traffic. Drifting can be done using the emergency brake or just holding the stick for an extended period of time with specific drifting cars. Cops will gang up on you and box you in and also setup road blocks that can’t just be blasted through. There is a lot of variety of racing here and none of these get stale.

Expanding even more on the variety in the game is the hunt for Derelicts. Players are given hints to parts locations to rebuild and restore old cars. Players can unlock more warehouses to store more cars and Derelicts. Once completely unlocked, players can head over to the livery editor in the game to make their cars truly stand out. Paint, wraps, decals and even tire smoke means there’s tons of parts that can be purchased and customized to fit one’s desires. These can be shared via the community as well. 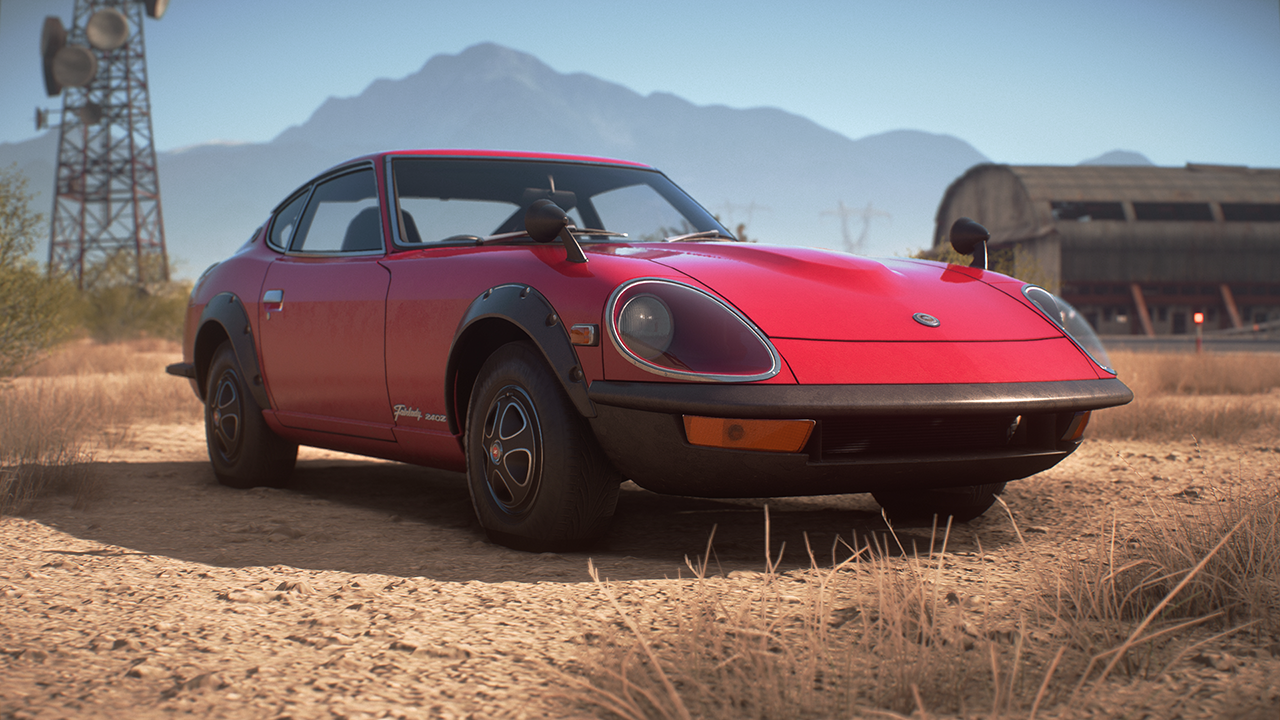 Payback runs on the Frostbite Engine and features good destruction of items on the road. There’s no running through buildings and some trees or other items are impenetrable, so there is an initial consistency problem until you realize what you can and can’t crash through. One thing is when hunting for Derelicts, which require you to slow down, cars won’t go up slight plateaus. This includes trucks. The game looks good enough and the cars shine, but the lighting is a bit overdone. It seems they were going for some sort of filter look that relates to a cinematic experience, but the result doesn’t come off as looking realistic like Forza or Project CARS. You’ll see some smaller items pop in when going fast as the game does use a blur effect at high speeds. Car models can show jaggies in the showroom up close, but overall they look great. There’s no interior views to speak of, but a handful to choose from. The game runs smooth, but the initial boot-up time is long. Hopefully that can be trimmed down.

The requirement to always be online has been removed and there’s a separate multiplayer section. While the single player includes the Autolog function for posting times against other people, the multiplayer features a casual and ranked mode with the ranked needing a level requirement to access. Basically, this is the Speedcheck mode in a playlist as staying in lobbies with racers equates to quick racing back-to-back. Credits are earned here too as players can choose their cars to bring in and quickly change them on-the-fly in between races. My experience tends to be crash fests, but this is an arcade racer. The overall sound quality in Payback is stellar. The cars are loud and distinct depending on which engine and upgrades are in the car. The crash sounds help add to the excitement of the racing. While the characters might not stand out, the voice acting is well done. The soundtrack consists of modern day songs that are of mixed variety, but doesn’t necessarily help with the feel of the game. 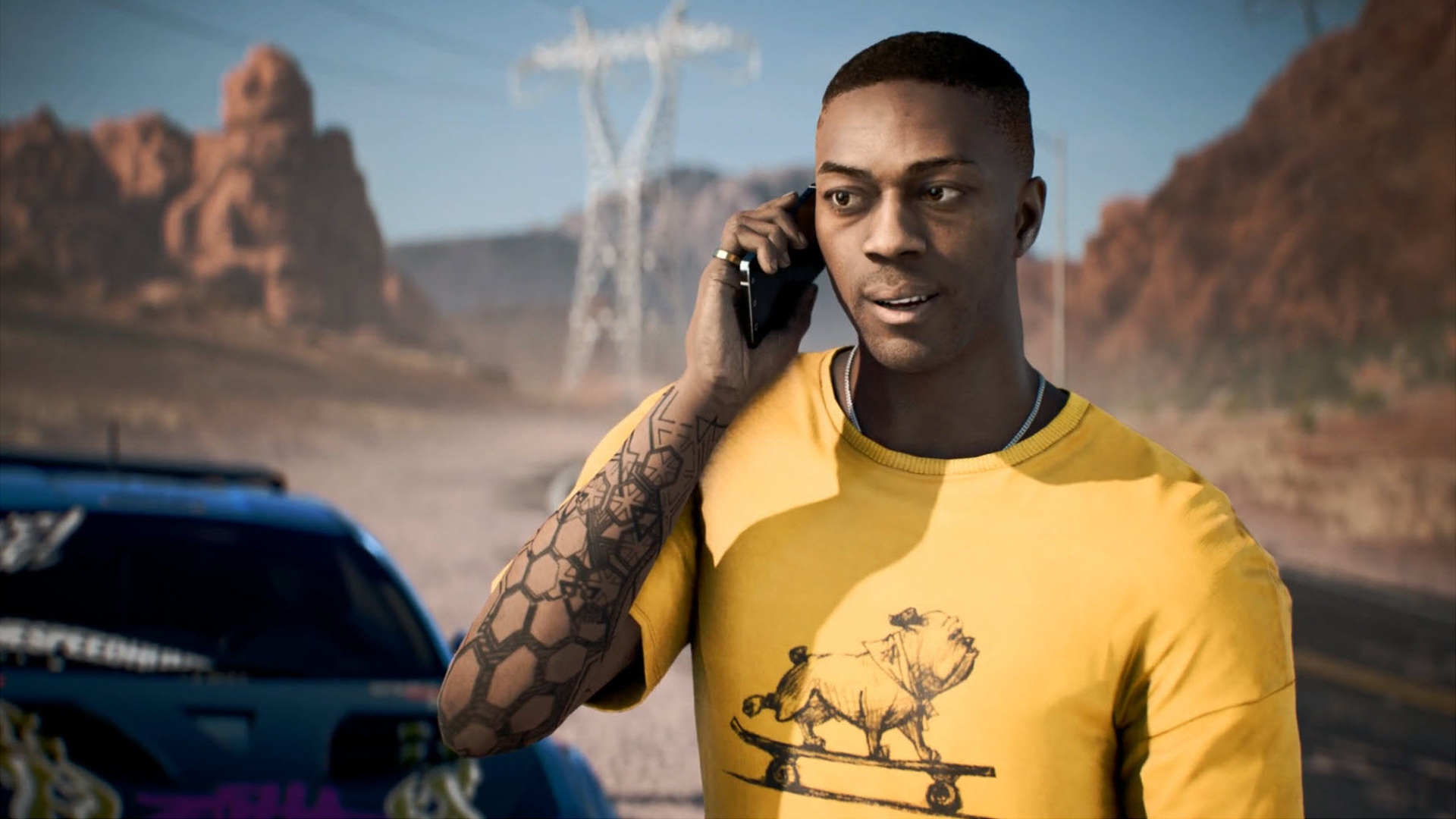 EA and Ghost Games set out to make the quintessential Need for Speed by bringing in aspects that worked in the past and has mostly succeeded. The unnecessary narrative ultimately holds the game back, but it’s a blast once the world is made available to the player. The off-road racing is addicting and the search for Derelicts could remain a mainstay with the franchise moving forward. This is much less of a CAR-PG than the previous game, as players will be able to build a great library of cars much quicker. Add to this an excellent livery editor and community features, and the core elements of Need for Speed Payback will keep fans playing for quite a while.