Pokémon movies began in the late ’90s during the height of the franchise’s craze. The world was attached to the characters, creatures and lore from such a short time into its inception. Everything was still fresh; secrets were being discovered and there wasn’t any confirmation of new Pokémon until later episodes of the anime aired along with the release of Pokémon: The First Movie. Now, the series has lasted for over twenety years with updated video games, merchandise, television seasons and more films.

Beware of spoilers: if you have not yet seen it, you will risk reading about some big moments!

The latest movie released is Pokémon the Movie: I Choose You! which retells the origins of how Ash and Pikachu bonded. Fans remember the very first episode of Pokémon and how Ash received his partner. Things were shaky at first but the two grew inseparable. I Choose You! does a great job at reintroducing us to those events while adding a brand new adventure to tell. Ash received a Rainbow Wing from the legendary Ho-oh and embarks on a quest to deliver it to its rightful location. Along the way he meets Verity and Sorrel, two trainers who lend a hand in big ways. The trio encountered more legendary Pokémon such as Entei, Suicune and Raikou which eventually led them to Mount Tensei so Ash may place the wing upon its pedestal. There was a scuffle between he and the primary antagonist, Cross. Then, the mythical Marshadow intervened and caused both wild Pokémon and captured ones to turn against the humans. Luckily, Ash and Pikachu were able to break through to one another and restore peace. Ho-oh emerged and Ash challenged it to a long battle. Before the film came to an end, these three new friends parted ways to continue their own journeys. 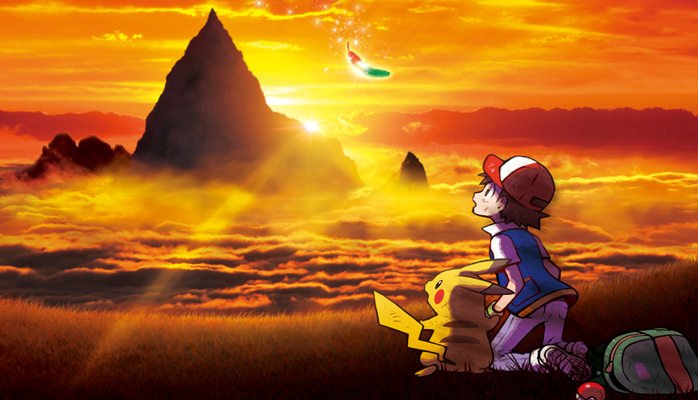 Throughout it all were various callbacks to the original animated run. Some moments such as saving Charmander from an abusive trainer proved to be very vital in the end. But others such as saying bye-bye to Butterfree felt as more of a fan service. Plus, Ash didn’t catch all the Pokémon he used to have such as Pidgeotto, Bulbasaur and Squirtle which is a bit odd. Perhaps scenes would have been drawn out when including them, so that gets a pass. Small details throughout the movie gave huge fans a lot to enjoy. Metapod taking on Pinsir is a reference to episode 4, Challenge of the Samurai. The Blaze ability is shown to activate when Incineroar has taken enough damage. Even the appearances of Team Rocket, though given no role in the plot, was enjoyable to see. The ending credits were a great final touch as well. It showed off all of Ash’s friends throughout the seasons and they all looked toward the screen as if they felt a presence. Like, something just didn’t seem right, but it was a nice touch to see they weren’t forgotten. These were all fun and perfect for huge Pokémaniacs to spot.

Then, there were a couple of odd and even cringe-worthy moments. The entire “greyzone reality” Ash experienced isn’t explained clearly enough. Was it actually a dream like he explained or did Marshadow put him under some sort of spell? We do know everything in this world is part of some alternate timeline, but where does that particular moment come into play? Around the middle of the film, Sorrel was explaining that Pokémon can actually leave. It dealt a huge emotional blow to audiences as we are shown the saddest scene quite possibly in the entire history of Pokémon. We see a young Sorrel hurt and unable to get out of the snow. His Luxray arrives, comforts him and keeps him warm during the night. The next morning, however, we see Luxray has frozen to death. It marks the first time there has ever been shown a dead Pokémon. Everybody in the theater gasped, shouted or even cried. It was a bold decision to make but perhaps a necessary one. Pokémon is advancing its storylines and tone which fits this particular scene. Then, of course, the weirdest part of the entire movie was when Pikachu actually spoke. He didn’t say his name: it was actual English which doesn’t make any sense. Was this another one of Ash’s dreams or spells? They picked the worst moment to try this out as well, since it was a heavy scene with some audience members feeling emotional yet again. Then, this bombshell took everyone out of it and there was confused laughter/anger filling the room. No matter what experimental ideas are incorporated into the film, some could have been left out, especially Pikachu talking. 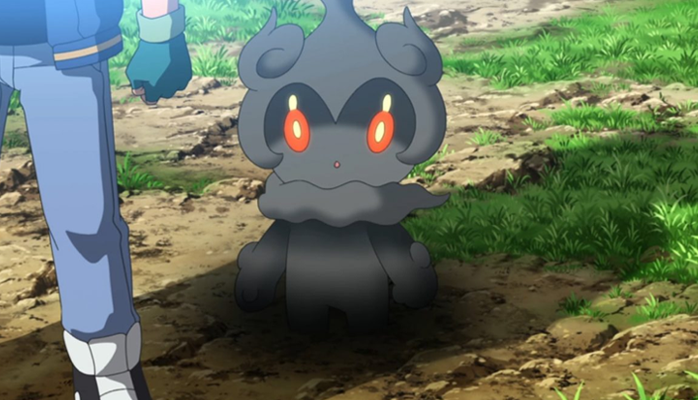 The entire theater was obviously filled with fans. One could hear whispers about various moments on screen, memories from past episodes and excitement when their favorite Pokémon appeared. Even those weird parts mentioned above emitted some sort of response which means they’ll remember it for a long time. All reactions heard, seen and felt were genuine. This is exactly what ties Pokémon together with its fanbase. The enjoyment, nostalgia, wonder and everything in-between brought people together for their love of the series. No matter what happens through the games, shows and films, we will always come back to enjoy such a beloved franchise.

Pokémon the Movie: I Choose You! is enjoyable for veteran and rookie trainers alike. Anyone who has been a fan for years will appreciate many details and even the story. Youngsters are going to be mesmerized by the world of Pokémon thanks to films like this. Watching the film can even ignite the passion some former fans had and bring them back into the series after years of absence! It may be an odd entry to the line-up of films due to its retelling of the origins, but it provided a positive experience. Perhaps this will set off a chain of events to remake other films and add to the growing collection. I Choose You! brings fans closer to each other and the series they enjoy.