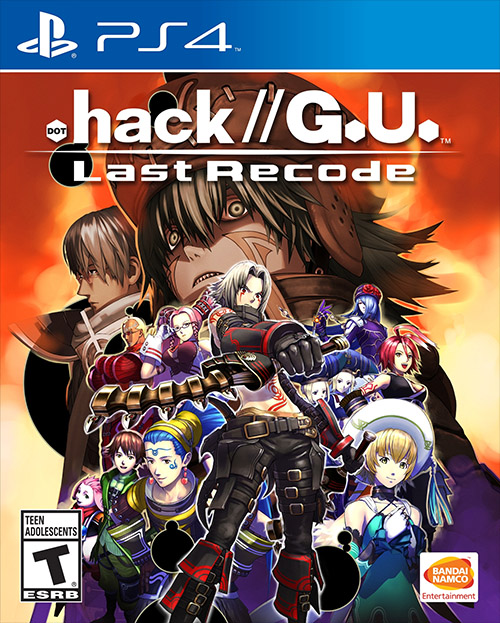 If there’s one thing this generation has had a strong emphasis on, it’s remasters. Whether it’s straightforward action games or long-winded RPGs, publishers are rehashing a lot of their properties to bring upon nostalgia and make the franchises relevant again. Bandai Namco hasn’t really been taking advantage of this, though, as the Japanese-based publisher has only recently gotten back into the swing of things with the Naruto: Ultimate Ninja Storm series. Fortunately, another CyberConnect2 game has been brought to a new set of platforms, one that has fallen out of favor over the years: .hack. Instead of bringing the original series, which hasn’t aged particularly well, Bandai Namco has decided to remaster the sequel, G.U. This is a divisive series primarily due to it being broken up into three games over the course of ten months, something that could be considered a prologue to how episodic games are made today. Fortunately, it offered a lot to be excited for, namely an interesting cast of characters and a fascinating world to explore. Is .hack//G.U. worthy of the remaster or does The World need to be reset once more?

A big problem with the .hack//G.U. series at the time of its original release was that it felt like one game separated into three, or if you were generous, two games separated into three. Each volume can be completed in under thirty hours, which still isn’t an insignificant amount of time, but is light by Japanese RPG standards, especially if you’re shelling out $50 per game. Granted, this was significantly longer and less egregious than the original series, which was four games, all of which are shorter than the G.U. series as a whole, but there’s no denying that it left some with a bad taste in their mouth. Thankfully, Bandai Namco isn’t doing this once more, as they have neatly wrapped all three episodes into a single package, making it an appealing offering. That’s not to mention that we are finally treated to a proper, albeit incredibly short, send-off with the inclusion of a fourth volume. With that said, not everything is great as there are a number of elements that haven’t stood the test of time. 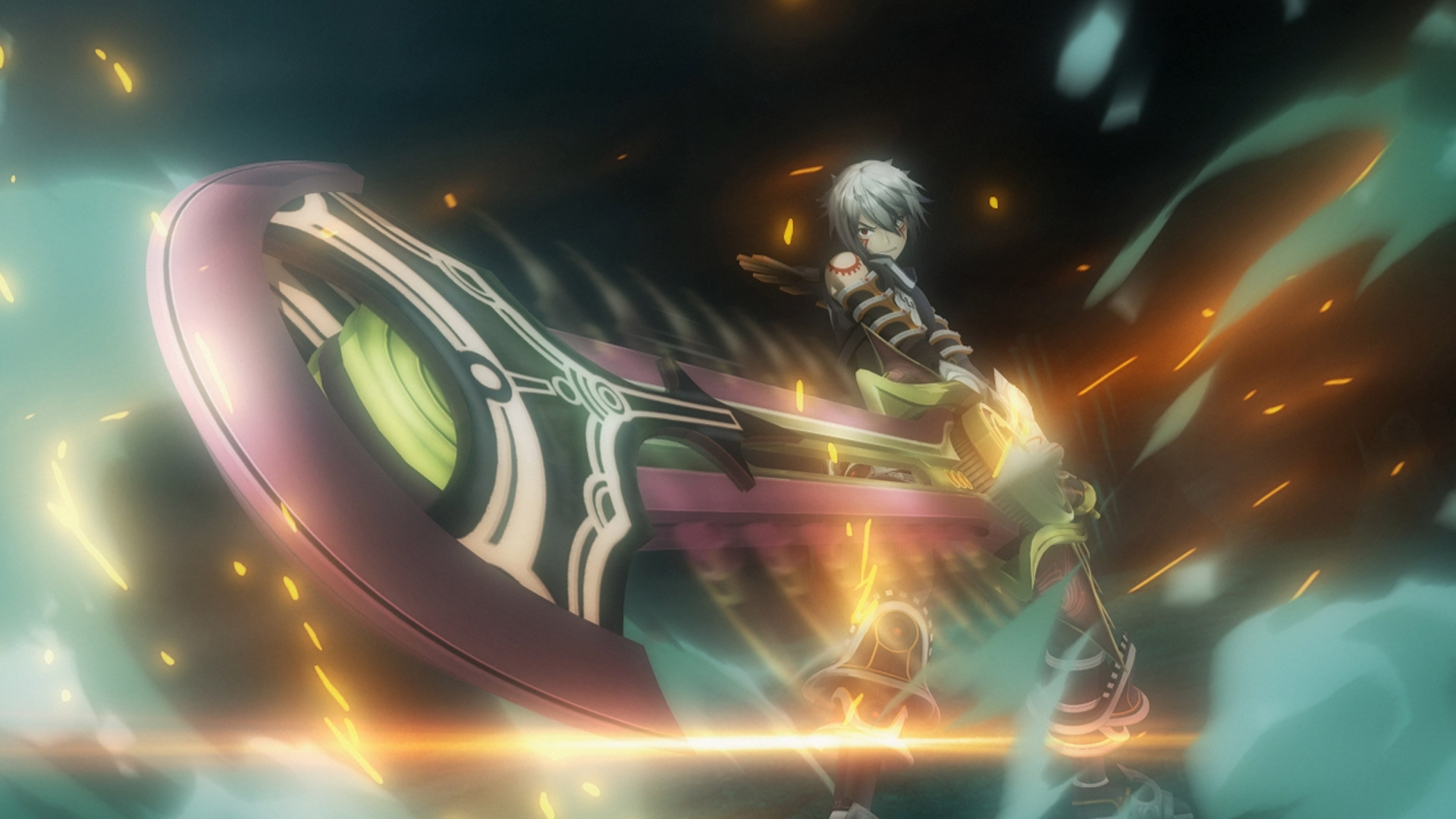 If there’s one aspect .hack//G.U. struggles with, it’s combat. There’s an incredible amount of content in terms of side quests and little details inside the network’s UI, such as fake forums and “users” posting artwork, but it all revolves around a combat system that struggles to keep your attention. This is an action-RPG in the same vein as Star Ocean and the Tales series, as you will enter a circular battle arena and fight a handful of enemies. You will swing your blades, perform special attacks and sometimes use items. It’s pretty barebones in this respect with only a couple of tweaks later on in the story. What does help combat become a little more original is the ability to switch weapons on the fly by simply using special attacks, allowing you to change up your combat style mid-battle. If you want to wield a giant scythe and then immediately break out dual pistols, you can do so. What is somewhat frustrating is the targeting system, which can be finicky switching between enemies in the midst of battle. Too many times were we locked on the wrong opponent fighting with the controls to cycle to another. Ultimately, combat has not particularly aged very well and drags the whole experience down.

Unfortunately, what doesn’t help the game’s case is the incredibly repetitive and uninteresting level designs that plague the vast majority of each game. The whole Idea behind the .hack series is that you can combine words to randomize a dungeon or field and populate them with specific enemy types. You can earn different words various ways, such as getting a good ranking at the end of a dungeon, and that will gradually unlock more difficult and higher level locations to farm. The problem is that there’s a set number of templates to choose from. when you see the same East Asian fortress or dingy grey cavern for seventy hours, you know something has gone horribly wrong. Some of the story-based dungeons do offer more variety in their designs, but the vast majority of the game will see the same structurally mundane and monotonous levels. There’s a reason why the developers have included a Cheat Mode in Last Recode. 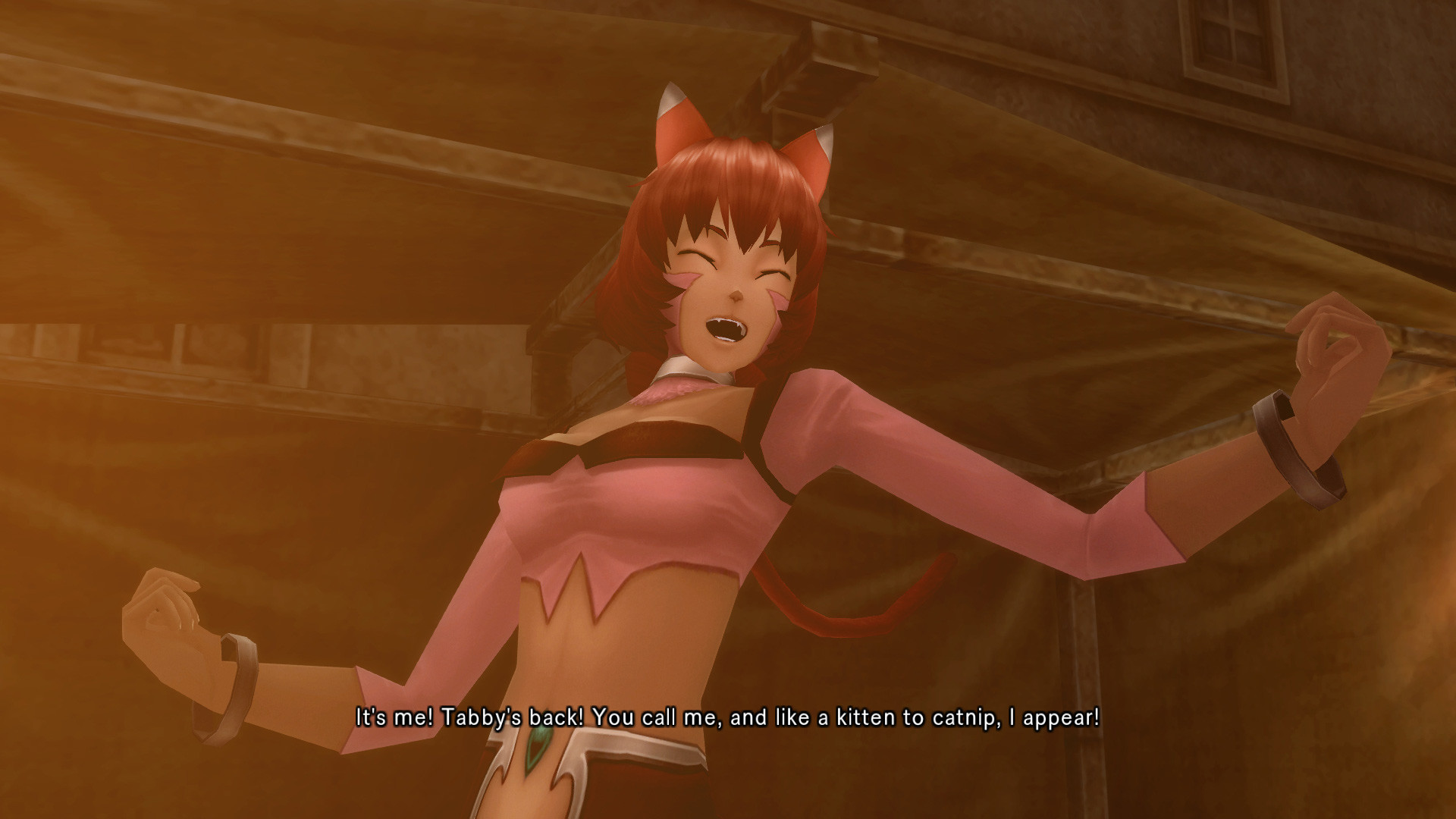 Speaking of the Cheat Mode, the whole reason why this was added was to experience the story without any interruptions, which is without doubt the most appealing aspect to .hack//G.U. If you came in thinking it’d be the combat that will grab you, you’ll probably come out disappointed. If you couldn’t tell by looking, this is a story that feels like an anime through and through. There are a plenty of overly dramatic scenes, a ton of useless plotting, and of course there’s lots of filler dialogue that could be cut down quite a bit. That’s not to say it’s a bad thing by any means, as I quite enjoyed quite a few of the story beats, but it’s a very specific taste of storytelling that not everyone will enjoy. It’s just paced oddly, with the protagonist and his crew sometimes getting sidetracked from a main objective. Fortunately, the best part of the story is easily the vast cast of characters and their likeable personalities. There’s a huge array of quirky and fun individuals to interact with, a lot of which you’re able to recruit in your party. It certainly helps that the vast majority of the three games are fully voiced, ensuring you will be fully engaged.

Now let’s talk about the fourth volume: Reconnection. This is the final episode that was created specifically for Last Recode to better finalize the events of Volume 3 and give the vast cast of likeable individuals the send-off they deserve. For the most part, this works well. You get final moments with all of the significant story-driven characters, with the lesser faces such as Matsu, Piros the 3rd, and numerous others just being in the environment somewhere with a couple of lines of unvoiced dialogue. The whole plot is that this takes place in the near future where The World is finally coming to a close, but Haseo has one final objective: freeing Ovan from a prison. There’s a little more to this as it progresses, and I don’t want to spoil too much of it, but it introduces new threat that is quickly disposed of, something I wish was better expanded upon. This is a short epilogue as it’s about four-to-five hours long, or around 3 hours if you skip all of the battles. It almost feels like this should have been just a short movie or a long cutscene as players will have to trudge through the generic dungeons in order to get to the meat of the matter. Regardless, if you’re a dedicated fan who loved the G.U. games when they first were release, this will give you the true conclusion the series deserved.

Being a remaster of a series of games that’s over ten years old now, the visuals hold up relatively well. We were able to play Last Recode on PC and were surprised by how easily we were able to run it. Again, this is a decade old collection of games that were originally on PlayStation 2, but we had no trouble running it at 4K resolution and mostly hitting the target 60 FPS on an Nvidia GTX 1060. There were a couple of drops when spells are cast and effects were present, but this is a surprisingly well optimized version. With that said, it’s not the most graphically-impressive JRPG you’ll see, even for a PlayStation 2 game. Character models can look good in spots (specifically when they actually have animated mouths), but the environments are bland beyond anything else. We mentioned that the level designs were mundane, and this has something to do with the environments having an absence of detail and variety, with the draw distance being a little lackluster. There’s just nothing that will make you think this was an especially visually-impressive game when it came out. This is a remaster and not a remake so we can cut it some slack, but don’t expect too much from Last Recode. 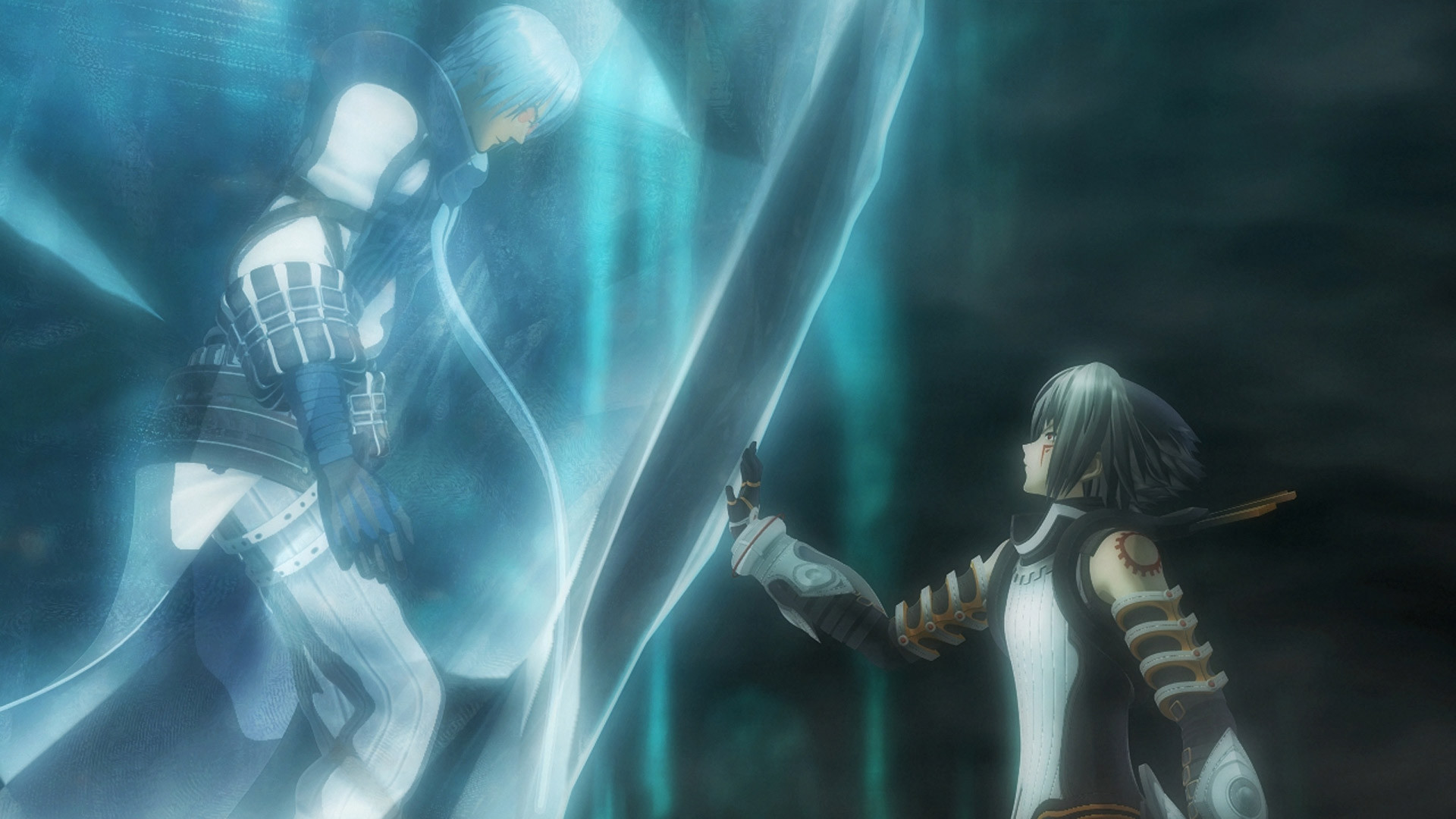 .hack//G.U. was a flawed but ultimately entertaining JRPG when it rolled out on PlayStation 2 and the same can be said about Last Recode. The story is adequate enough to keep you interested and it helps it’s populated with a fun and highly diverse cast of characters. Unfortunately, you have to weigh your interest for an intriguing story against the dated gameplay. Even in the later parts of the game, the combat remains stale and repetitive to a degree of anguish, with the idea of environmental variety being non-existent. There are quite a few side quests to partake in, some with their own unique quirks, but they are based on a system that will have a tough time holding your attention. It helps that the new volume concludes things in a more satisfying manner, but it should have been a more fleshed-out piece of content, especially considering it will last most players only a handful of hours. At the end of the day, if you can put up with all of the baggage, and there’s a lot of it, you’ll find a world worth venturing.