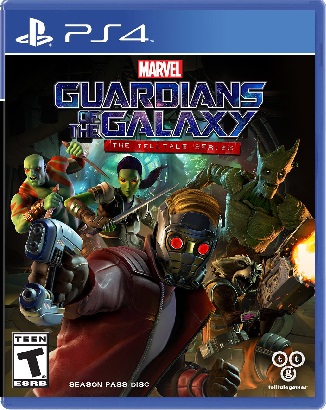 Marvel’s Guardians of the Galaxy: The Telltale Series

2017 has been a rather dominating year for Marvel across all mediums, including a slew of solid TV shows, games, and most prominently, movies, with all three of this year’s releases being highly praised by fans and critics alike. The first of those movies, the sequel to 2014’s surprise hit Guardians of the Galaxy, proved that the sarcastic space quintet could captivate audiences more than just the one time. In an attempt to bring this same heart, humor, and classic rock and roll to the interactive space, Telltale has released five short episodes since April starring Star-Lord and the gang, featuring a standalone story separate from the events of the Marvel Cinematic Universe. While Telltale’s adaptation of the Guardians of the Galaxy offers solid gameplay and a handful of enjoyable scenes, the inconsistent story and technical issues hold the season back from reaching the same heights as their film counterparts.

This review will only address minor spoilers from the early sequences of the season. For more detailed looks at each of the individual episodes, check out our reviews of “Tangled Up in Blue”, “Under Pressure”, “More Than a Feeling”, “Who Needs You” and “Don’t Stop Believin’.”

Telltale’s Guardians of the Galaxy kicks off with a surprisingly high-stakes battle, leading to a series of events that put the space crew in possession of the mysterious, ancient Eternity Forge and the crosshairs of the deadly Kree, Hala. As the Guardians learn more about the powers of the Eternity Forge and the motivations of Hala, new dangers start to arise as the crew travels the Galaxy while meeting allies both new and old alike. While the key story beats usually play out in entertaining and interesting ways, a large part of the travels through space feel aimless despite the relatively short ten hour length of the overall game. The wavering quality of the writing does little to help, as the humor rarely lands as often as it should and the more emotional moments are equally hit-or-miss. Telltale’s affinity for story-altering choices go a long way towards keeping the weaker moments from being too impactful, adding the usual dose of replayability and making the Guardians’ tale a worthwhile one. 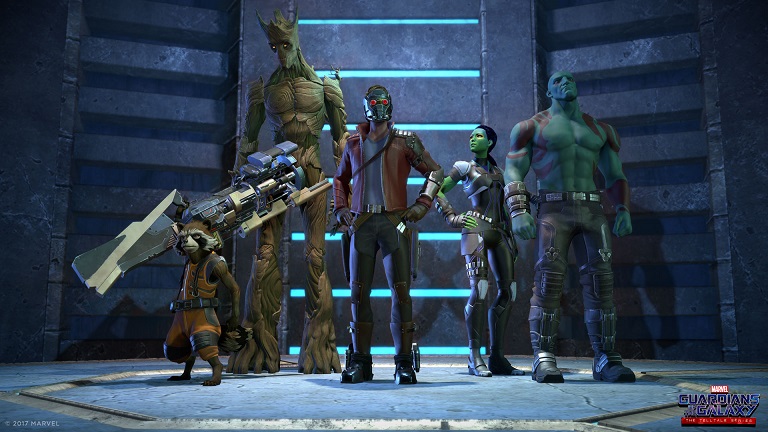 Although the core gameplay never strays too from the usual Telltale staples of exploration, puzzle solving, and QTE-based combat, the team does introduce a few key additions that help separate Guardians from the studio’s other titles. Some of the explorable areas do tend to feel similar to one another, but the added verticality through the usage of Star-Lord’s jet boots, as well as the ability to communicate with your team on the go helps spice things up a bit. The puzzle solving remains the most straightforward, with a few sci-fi gadgets and creatures that add some variety to the mostly simple challenges. Much like Telltale’s Batman series, the skirmishes end up being the highlights of each episode, as creative and well-shot shootouts and brawls are enhanced with a plethora of classic rock songs. These interactive sections never really go above and beyond what one may expect from a modern adventure title, but they also end up being one of the few consistencies throughout the five episodes.

As far as the presentation, Telltale’s Guardians of the Galaxy offers plenty to delight for both new and old Guardians fans alike. The graphics never really do much to impress, but the varied environments and well-designed characters makes each scene feel unique from one another. Meanwhile, the aforementioned classic rock soundtrack is packed with both uplifting and mellow tunes to fit various themes, and the voice acting is truly top notch, with each of the Guardians offering a depthful and faithful performance of their respective characters. The developer’s unfortunate knack for technical issues still remains present throughout this season, including multiple instances of game-breaking bugs that, while never really causing the loss of significant progress, still remained understandably frustrating. 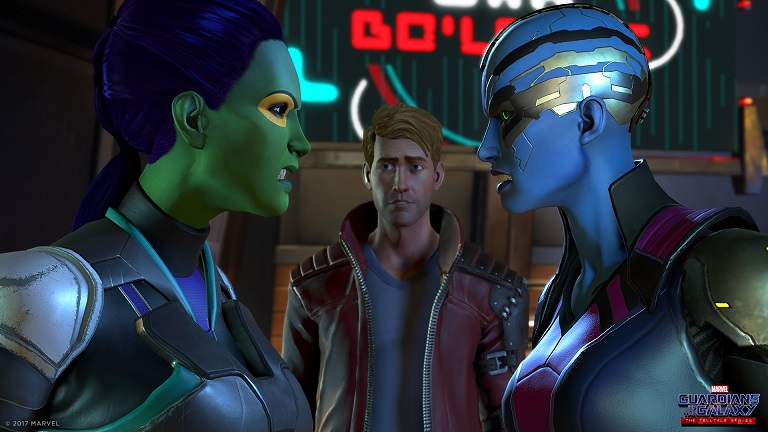 Telltale’s premiere season for their take on the Guardians of the Galaxy proves to be an enjoyable one, as the stellar soundtrack and combat sequences prove to be the high points of the occasionally humorous adventure. A little fine tuning from the dialogue and engine could have gone a long way, but as it is, Telltale’s adaptation of the dysfunctional space family is one worth checking out for fans of the movies or comics, or those looking for a lighthearted sci-fi adventure.