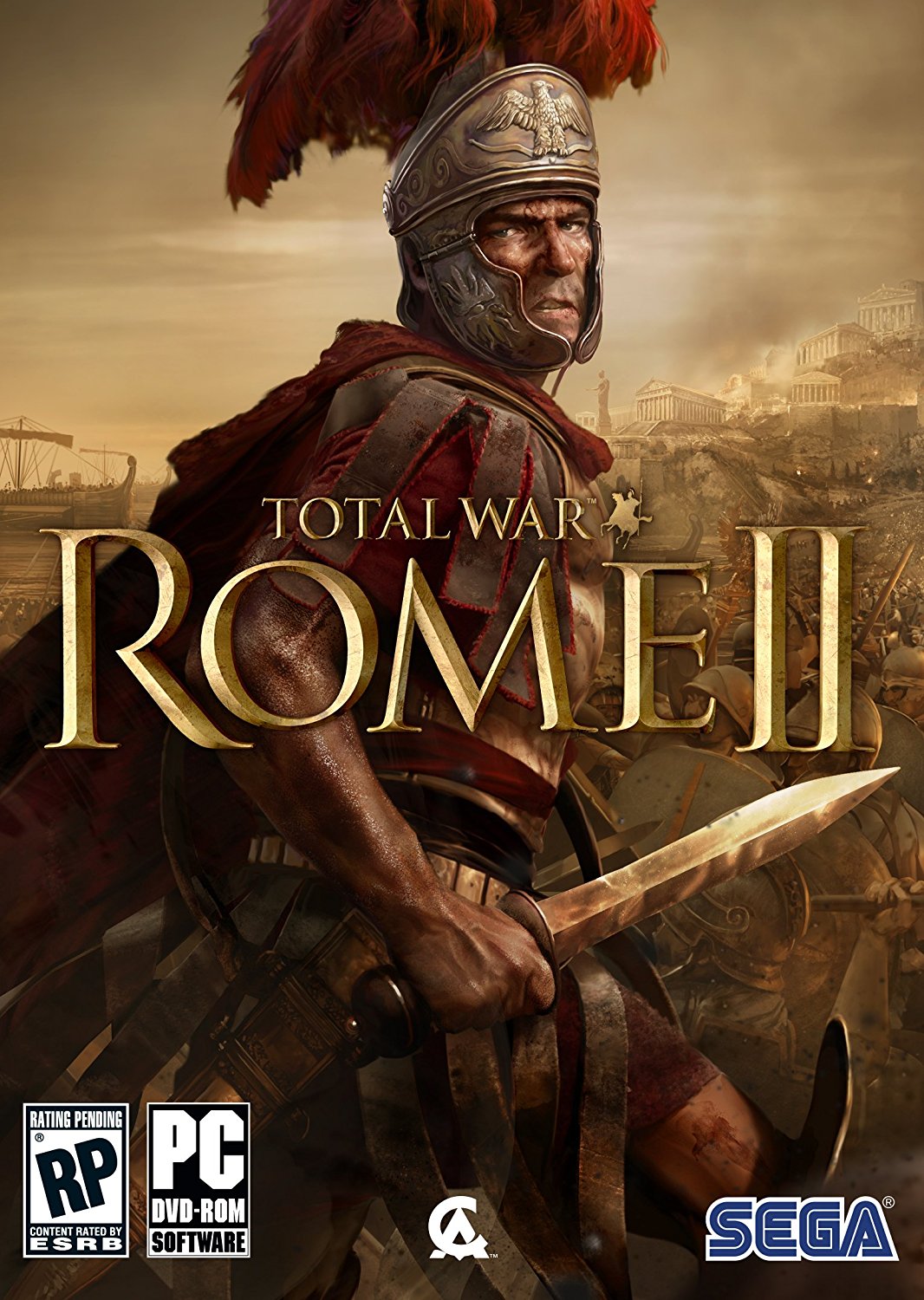 Empire Divided is the newest expansion to Total War: Rome II by Creative Assembly. The game begins in 270 AD during a period in Roman history known as the Crisis of the Third Century. This expansion contains some new mechanics including sanitation, banditry and cults. It’s major focus is to recreate a particular period in Roman history complete with main characters and flavor events unique to the different factions.

Most of the factions that you’ll want to play as in this expansion begin with rather large empires at the start. This means early diplomacy must be carried out in order to secure flanks and allow expansion. It’s sometimes difficult to begin a Total War game with a large empire. With the new mechanics and lack of a tutorial, it can take time to figure things out and have a good handle on managing an empire. Rome II veterans might enjoy this, however, because it throws players directly into what would normally be the mid-to-late game and focuses on giving that experience flavor with events and decisions to make in that period. Multiple superpowers will develop rather quickly which makes for a fun late game experience because Total War late games can often be best described as mopping up. This is also one of the more challenging campaign experiences in a Total War game that I’ve experienced which works well for it.

The unique flavor events are interesting to read and add a bit of historical flavor to the game and it’s nice how there are decisions to be made with sensible but non-obvious results. The unique faction leader generals don’t seem to be any different from other generals and the fact that they can’t die (ostensibly to allow the flavor event narrative to continue) is a mistake as it was always exciting to kill your enemy’s ruler in battle or have yours die and see the consequences. This would clearly have required additional scripting, but would have been well worth the effort. 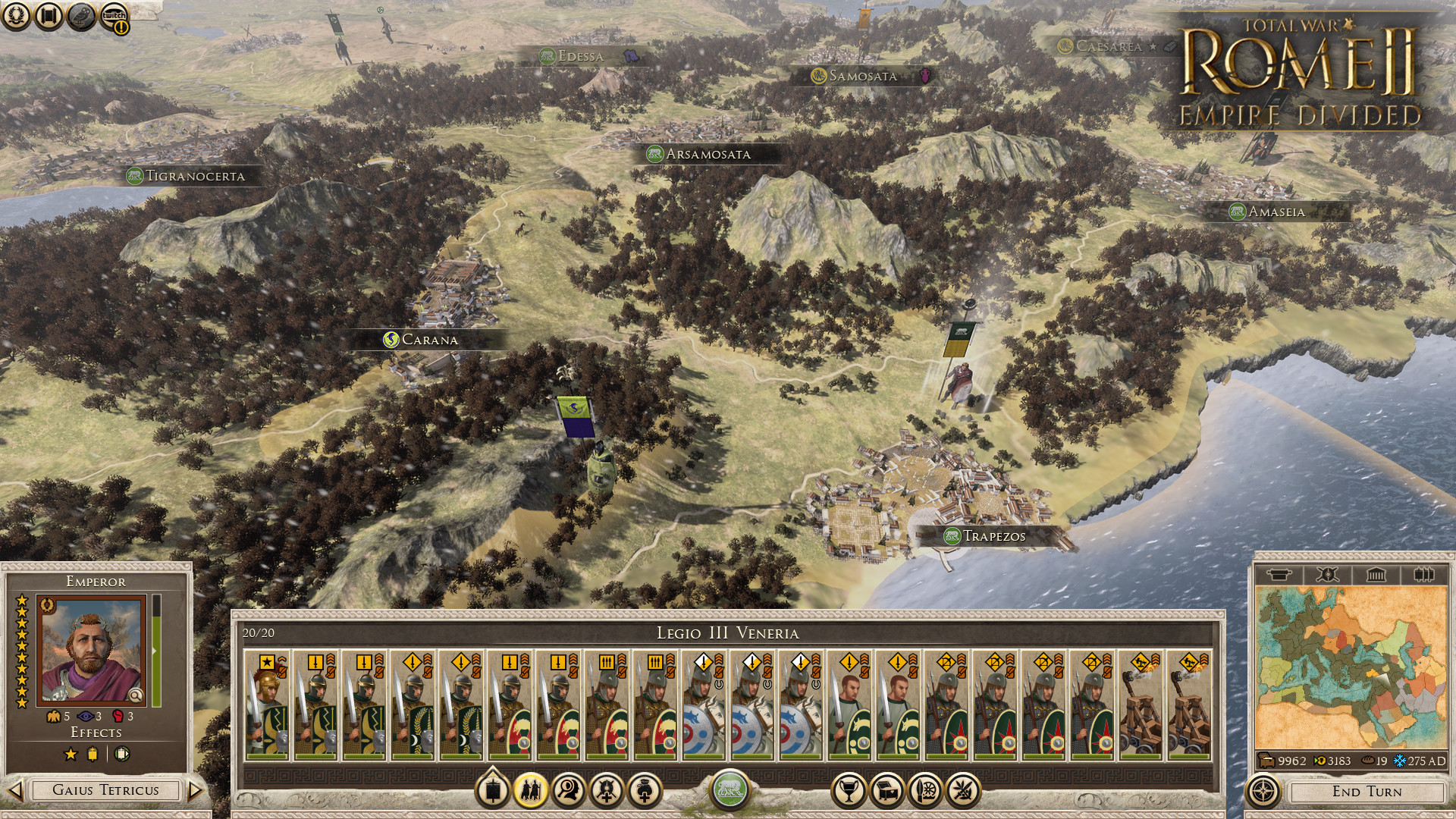 The new mechanics aren’t well suited for the way that settlements in Rome II work. Having a level of sanitation high enough to prevent the plague seems to require building a sanitation enhancing building in each settlement. This can be mitigated somewhat with technologies, but his happens later in the game. This makes empire management far more difficult in that balancing food production, banditry reduction, sanitation, culture, public order, income and military production all require particular buildings to be created. It would have greatly been preferred if there were no building limitations or at least reduced building restrictions to make up for this. Too often are players forced to make hard choices or just allow certain cities to be plague, starvation or bandit ridden, or have low public order. While this does add a challenge which may even make sense in this historical context, adding more building slots to make up for the new mechanics one needs to balance would have improved the experience. I wanted to experiment more with cults, but the building limit seemed to interfere with that. Alternatively, had these mechanics replaced or were combined into different existing mechanics, the balancing act would not have seemed quite as difficult to manage.

Since Rome II launched, many bugs and issues have been reported and these are mostly resolved, with the exception of a new bug where the software never closes, preventing reopening the software without using the task manager to end it. This might have something to do with cloud saving, but this will not stop running even many hours after the software is closed. The AI in Rome II is still confoundingly bad at times, but actually good most of the time. Rome II is one of those games where the diversity of possible situations means that people will have wildly different experiences so your mileage may vary. It still occasionally throws units away and sometimes doesn’t attempt to rescue reinforcements as they’re picked off early in battle. Total War desperately needs to just get rid of the army cap, maybe applying penalties for large armies instead or allowing multiple armies to be placed at the start of battle instead of trickling in from one direction or another in the tactical map, maybe having conditions under which they can be pre-placed as opposed to walking in during the battle. This will increase computing resources, but what’s the difference when they end up in the battle anyway? Another problem with the AI is how it handles naval battles. Ship ramming is incredibly powerful and the AI will often get their transports destroyed at sea when a landing would have been possible. 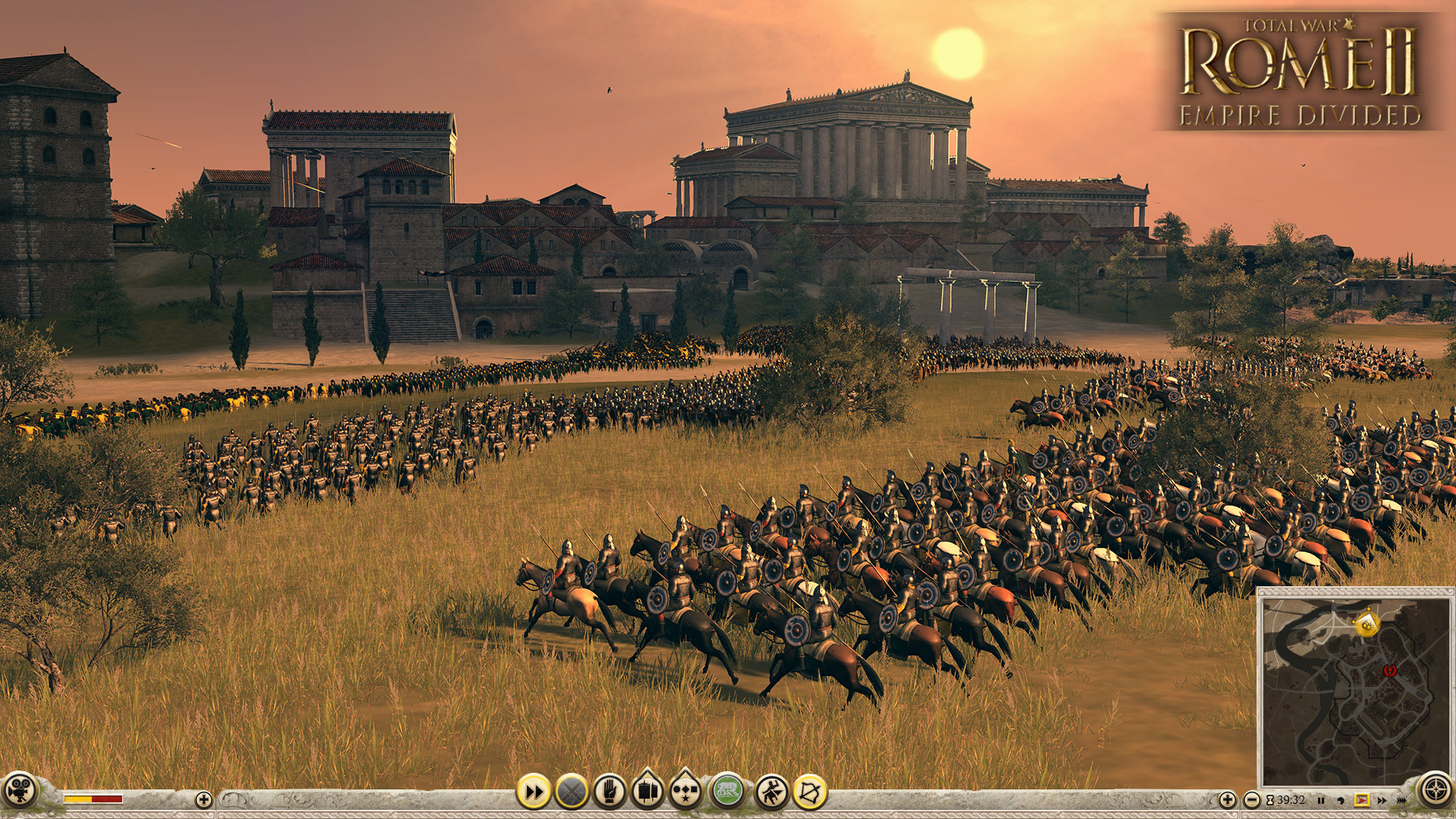 Empire Divided is a fun change of pace from the standard Rome II fare. It has decent replay value and a ton of flavor for history buffs or just people interested in history that encourages the player to do some research to understand this interesting historical period. I learned a good deal about this period from both the game and the supplemental research it inspired me to engage in. While the new mechanics don’t seem to work well with the settlement system, the inability to have settlements and regions without some limitation or another might be representative of this interesting and unstable period in the history of the Roman Empire. The focus on the mid-to-late game works well and will make for some of the largest and most interesting strategic campaigns in the Total War franchise. While Rome II has gotten better over the years, many issues remain.