It’s finally happening: Pokémon is getting a proper console release on the Nintendo Switch. Sure, there have been two Pokémon Coliseum games on the N64, Gale of Darkness for the GameCube, and Pokkén Tournament for Wii U and Switch, but unfortunately those games don’t touch mainline entries like Pokémon Red and Blue, Gold and Silver, or even the recently released Pokémon Ultra Sun and Ultra Moon. Proper Pokémon RPGs have always been released on Nintendo’s handhelds, but now that the Switch is both a console and a handheld, Game Freak’s hand has been forced. High Definition graphics and other major changes are guaranteed to occur with this jump to consoles, but it’s high time Game Freak ditched longstanding tentpoles of the franchise and reinvents what it means to catch them all. Even though Pokémon Sun and Moon brought a lot of much-needed improvements to the formula, here are five major changes that would elevate the first true console Pokémon game to something special. 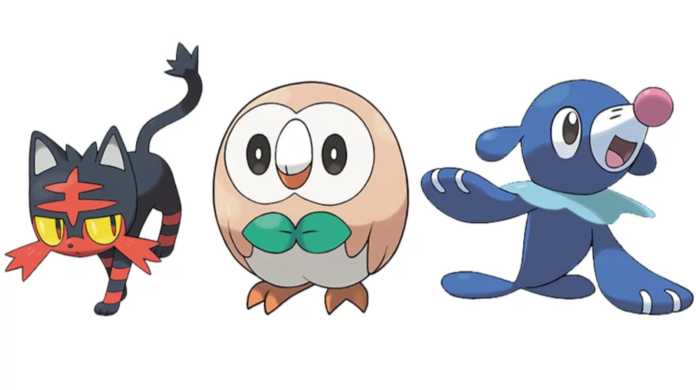 There have been seven Pokémon “Generations” over the course of 21 years, but each game in the core series starts exactly the same way. The player begins in a small town (typically moving there the day before,) receives a Pokémon from the local professor, and starts their long journey. In every single one of those games, the player can choose between a fire, grass, and water type starter Pokémon. Game Freak has gotten creative over the years with their evolutions, granting most starters a second type by the time they’re fully evolved (three generations in a row resulted in fire/fighting starter evolutions, and it was exhausting). This typing of the starters is no accident: it easily explains the rock-paper-scissors method of type advantages and disadvantages to new players, and those three types are genuinely useful throughout the course of the game. Those three starters have become a set rule in Pokémon – and rules are meant to be broken.

Pokémon Switch can be whatever Game Freak wants it to be, so why not just blow the doors wide open from the very beginning? Let players choose from something other than those three starter types. Maybe they could change the types to something like fighting, rock, and flying. Better yet, they could just offer starters in all eighteen types. Yes, that would ultimately result in there being 54 new Pokémon if they all evolved three times: but who says they all have to evolve three times? The world is their Cloyster! Game Freak could even begin the game with a questionnaire of sorts, the answers of which would determine the player’s starter type. The way Pokémon games begin has become purely traditional, and it would be fantastic to see Pokémon Switch buck tradition and blaze a new path.

Let The Player Choose Their Difficulty 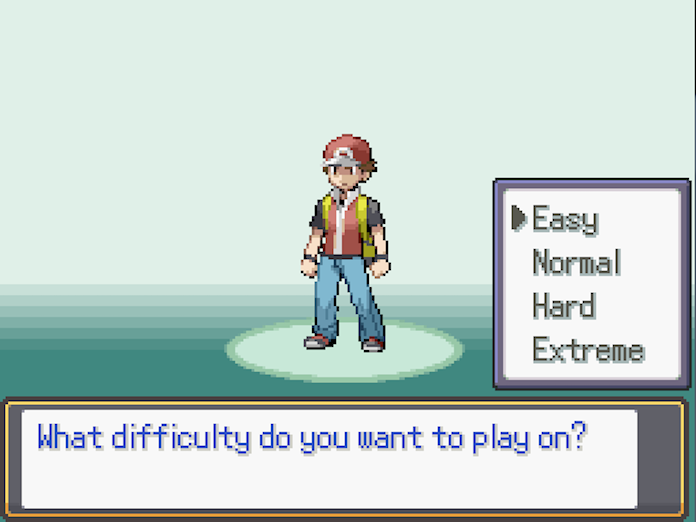 Difficulty selection has been one of the biggest requests from long-standing Pokémon fans for years now. Pokémon Black 2 and White 2 included Easy and Challenge Modes, but they were implemented with the same degree of finesse as a Tauros in a China shop. Easy Mode could be unlocked only after defeating the Champion trainer in Pokémon White 2, and Challenge Mode was granted by doing the same in Pokémon Black 2. The modes were well-designed if accessed: Easy Mode lowered NPC trainer’s Pokémon levels and simplified their AI, and Challenge Mode did the opposite, and also gave gym leaders and Elite Four members additional Pokémon. If players really want to choose either difficulty before starting these games for the first time, they can, but only by using the game’s Unova Link feature that requires players who already unlocked the modes to send them to friends via the IR port of the Nintendo DS. Game Freak finally gave players what they wanted, but in the most convoluted way possible.

Giving players the option to play in Easy, Normal, or Hard Modes right of the bat is a no brainer. In addition to making the enemies more difficult, the Hard Mode could also get rid of a long-standing series headache: tutorials. Players who have been catching Pokémon for over two decades don’t need to be told what a Pokémon Center is, or how to catch a Rattata for the seventieth time. They want to start the game as quickly as possible, and catch them all without the game getting in their way. That is assuming, of course, that the core experience of the battle system isn’t changed. 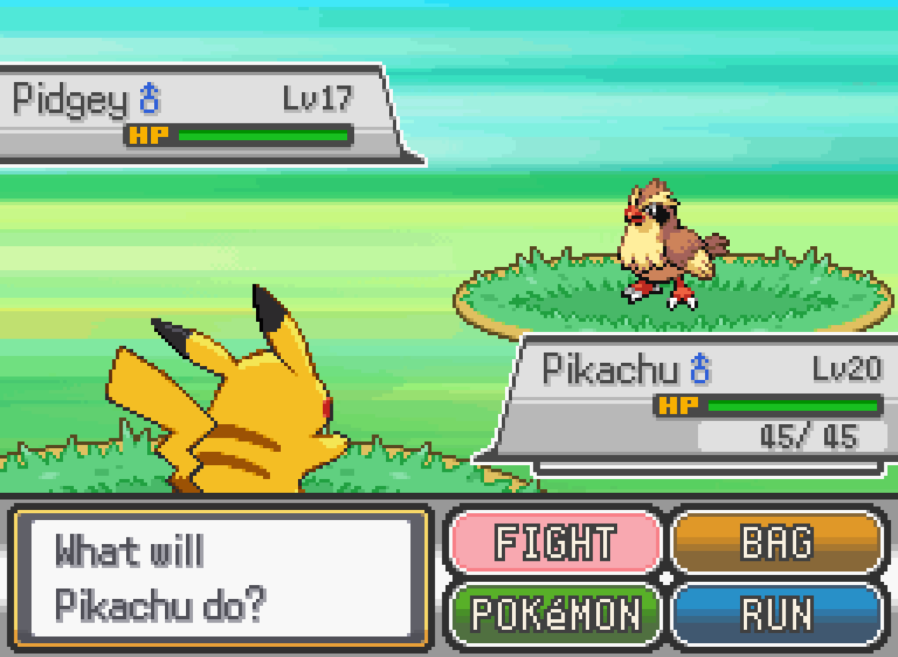 This is the least likely change on this list to happen, but it could also be the most revolutionary for the series. The Pokémon games have been purely turn-based for over twenty years, but that could be changed with Pokémon Switch. A full action RPG battle system would definitely not be embraced by many long-time fans, but that doesn’t mean changes can’t happen. Final Fantasy IV introduced the Active Time Battle system to its series, transforming a purely turn-based system into a more engaging, faster paced battle system that forces players to choose commands quickly, or else enemies can squeeze in more attacks while players decide their actions. The change was so popular, it stayed with the Final Fantasy series for five more entries.

The statistical frameworks in Pokémon are strong and complex, and they could be applied to a system like this. Pokémon already have speed stats, and those could determine how quickly or slowly they act, and more powerful attacks could take longer to execute. Of course, competitive Pokémon players would likely explode if this sort of system were implemented, and many long-time fans could bemoan the loss of an old system – but it’s hard to deny that the core Pokémon experience has grown a little stale over the years. Revamping the battle system would be a huge risk for Game Freak, but it could potentially turn Pokémon Switch into a home run.

Open Up That World 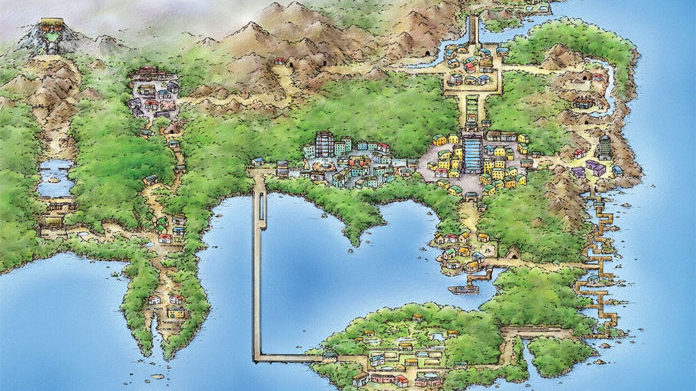 Perhaps the only change fans have been begging for more than difficulty settings is for the world of Pokémon to be opened up, removing the series’ highly linear nature. Pokémon Company CEO Tsunekazu Ishihara has stated that he doesn’t feel the Switch’s connectivity is all that different from the DS or 3DS, so don’t expect the next Pokémon game to go full MMO or anything. But that doesn’t mean the game has to follow a straight line. Pokémon Sun and Moon have already eschewed the series’ insistence on including eight gyms followed by an Elite Four marathon of battles by introducing Island Challenges to the Alola region. Still, the four Island Kahunas were basically just repackaged Gym Leaders anyway. Gyms aren’t really the issue – it’s how restrictive going from gym to gym in a particular order is.

If gyms were reintroduced (which is a likely possibility), why not allow players to choose which gyms to tackle in whichever order they please? The difficulty of the Gym Leader and the levels of their Pokémon could scale with how many Gym Leaders the player has already defeated. Heck, even the wild Pokémon could scale in difficulty. That would, of course, make it difficult for players to over-level their party and cruise through the game, but it’s a possibility. HM’s have been removed from the series, and hopefully the don’t return. If HM roadblocks are kept away from Pokémon Switch, such an open design could definitely be achieved.

A far more grand possibility, however, would be to expand far beyond a single new region to explore. There have been seven primary regions introduced in the core series and sixteen that extend across spinoff games. What (besides development time and a fixed budget) is keeping Game Freak from giving players free reign of multiple regions? Not since Pokémon Gold and Silver have players been able to explore the regions of previous games, and Pokémon Switch could buck that trend entirely. Imagine being able to travel back to the Kalos region to bask in the beauty of Lumiose City in HD, or returning to Kanto to make Team Rocket blast off again. If financial restrictions prevent Nintendo from allowing for such a massive game to be released, why not make those old regions available via paid DLC? After all, Nintendo knows how to circumvent most of the pitfalls associated with paid DLC, and they can do it for Pokémon Switch.

Let More Pokémon Off the Bench 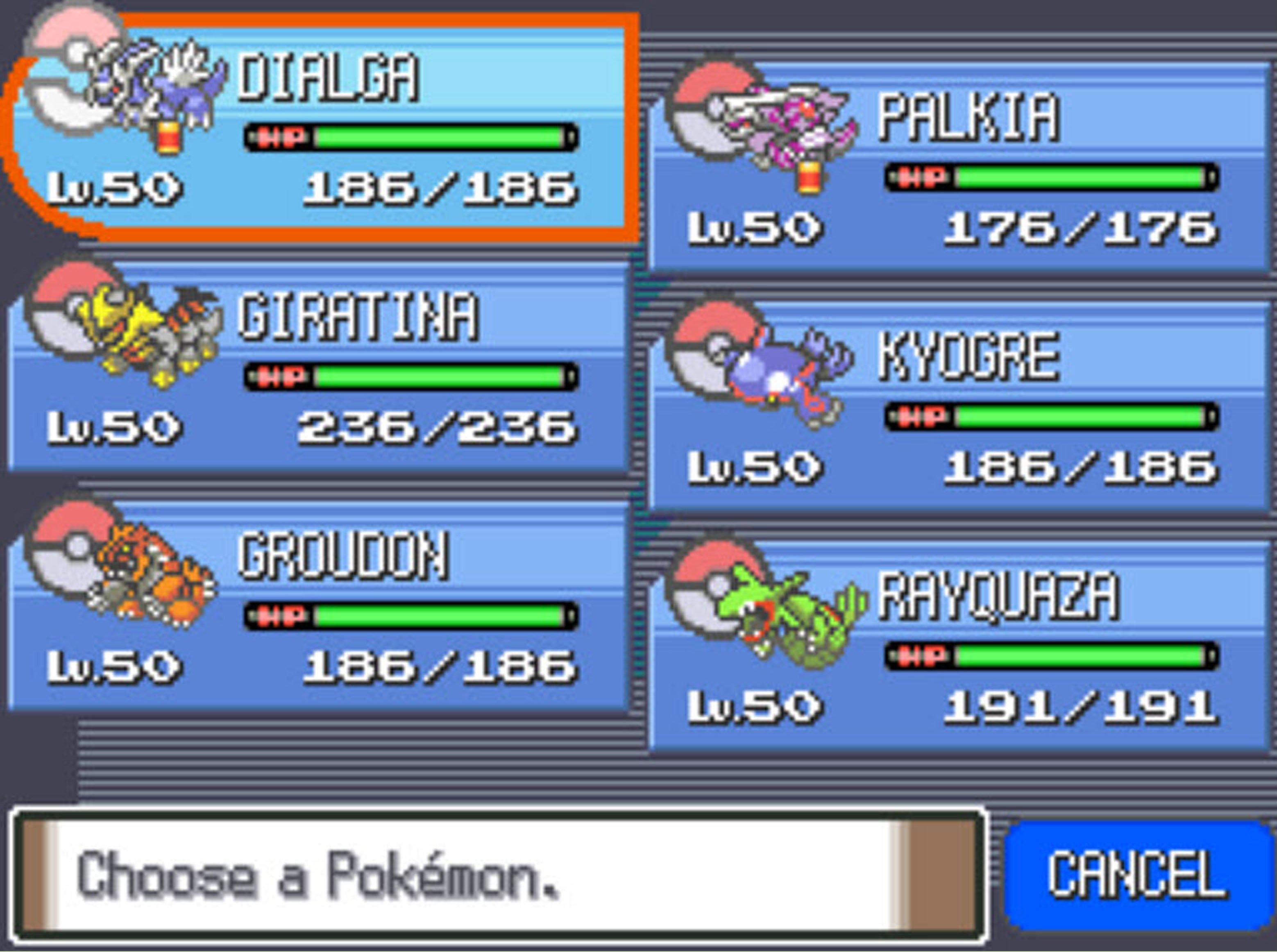 It all started with Pokémon Red and Blue’s original 151 Pocket Monsters, and that number has ballooned to 807 creatures by the time Pokémon Ultra Sun and Ultra Moon came out last week. Sure, Game Freak is bound to give Pokémon Switch more pals to add to the player’s  roster, but that only makes choosing who to bring along for the ride that much more difficult. Game Freak has added three Pokémon types over the years, created hundreds of new Pokémon, but they still don’t let the player carry around more than six at a time. This is long overdue for a change.

Of course, the team can’t grow to an out-of-control size, but even boosting it to a solid eight Pokémon could totally change the dynamic of any given team. It would still be impossible to have every type accounted for on a team, even with an expertly picked roster filled with dual typed Pokémon, so players would need to remain creative with their team composition. And if the game truly were bigger and more open than ever, this would allow trainers to spend more time on giving a couple extra companions the love and care they deserve while making their way through the game’s campaign.

There are so many little opportunities for change in the series – like condensing the game to only one version, or implementing full voice acting for human characters (and definitely NOT the Pokémon) — but these five changes are some of the most intriguing and possibly revolutionary. The world has never seen a proper Pokémon game built to be played on a TV screen and the potential changes to come along with this are thrilling. Pokémon, like many other franchises coming to the Switch, has a bright future ahead of it. If Nintendo and Game Freak simply make an HD iteration of the Pokémon games we all know and love, many fans would be satisfied. Now is the opportunity for them to blow the series out of the water and give fans a game like they’ve never seen before.