Drinking and driving is only potentially safe and fun when it’s done in the safety of one’s home and the only driving is with various Mario Kart games. Even then there is still a high potential for injury though the risk of things not being fun is generally accepted as being low. Normally for this feature, which I have not been writing long enough to have a normal approach, I just let some gaming-related activity happen between us on its own, but we’re trying something different this month (Editor’s note: You watched a movie last month you inept slacker) and that is a carefully orchestrated night of drinking copious amounts of alcohol and playing several Mario Kart games, because Wanda and I lead pathetic boring lives.

Mario Kart games are great and they are great for a few reasons. The obvious reason is they are Nintendo-developed games that star Mario, so that is a bit of a no brainer. I admit since I have transitioned into a bitter old man, my interest in playing the newest Super Mario games has waned extensively since my younger days, but that doesn’t change the fact how much time I spent with those games in my childhood or take away from the high level of quality they have been able to maintain across all the Nintendo platforms. The Mario Kart games are also accessible to people who not only suck at racing games, but also suck at video games in general. 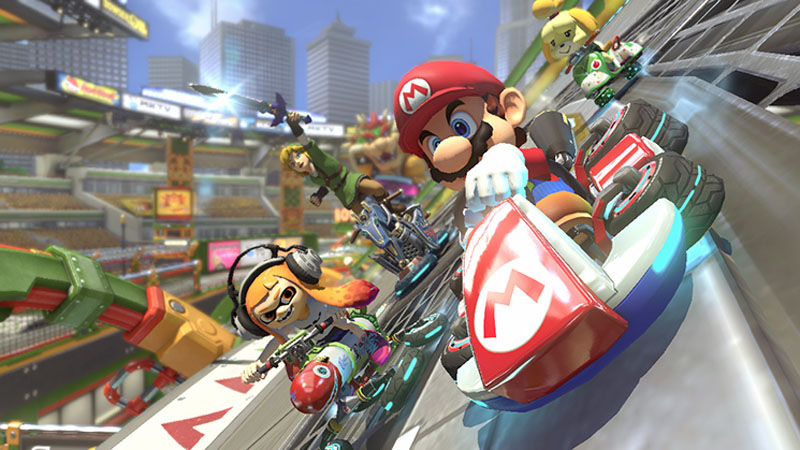 We started out with Mario Kart 8 on the Wii U which ended up being a lot of fun. We played it on the weakest engine setting so we could win easier, partly to make it a self-affirming Stuart Smalley gaming session and partly because we were in no condition to drive anything, even weak little go karts. It would be a tragedy if we were to get into a serious car accident and paralyze Bowser, though maybe Peach wouldn’t get kidnapped so often if that happened.

This actually led to some discussion while playing this game, mostly spearheaded by me because I was drunk enough where I could ramble on about any topic and sound like an incoherent mess and think I was saying something super intelligent (Editor’s note: i.e. everything you write for this site). We started talking about how archaic that trope is that there is always a damsel in distress that needs her portly superhero to come rescue her, and why Peach hasn’t evolved with the times as far as women’s roles in games are concerned. Samus has no problem hunting down Metroids Ellen Ripley style and even Zelda has her Sheik alter ego. 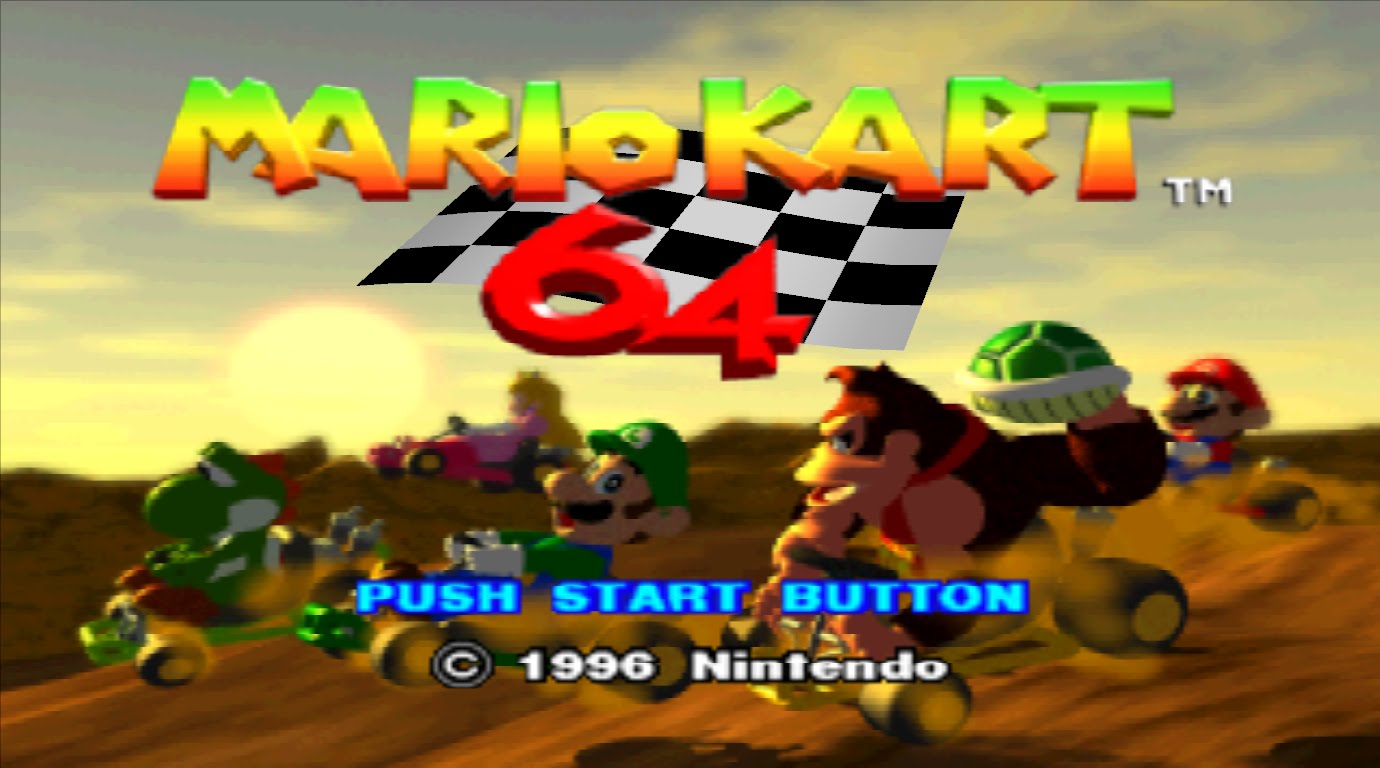 Perhaps Peach enjoys being captured because she likes the attention or she foolishly puts herself in situations where it’s easy for Bowser to nab her, but that’s getting into victim blaming territory and I don’t want to read see that comment section so we’re going to back away from that. What’s probably happening is she is attracted to Bowser’s bad boy image and she’s sneaking around on Mario with him. He does have the much nicer crib and all, a big giant castle shaped like his head with top of the line lava security system. Mario gets jealous and comes looking for her and beats up Bowser to “rescue” her. Bowser kind of lets him, because that’s a good way to keep the suspicion down and Peach secretly gets off on watching the two of them fight. Basically Bowser, Mario and Peach is a violent dysfunctional love triangle that exists because Mario is old fashioned and believes a woman’s role in video games is to be the damsel in distress.

Now as dumb as that paragraph was, imagine it as a drunken dialog and see how much worse it gets. Despite having nonsensical discussions about progressive approaches to video game stories, the drunken night of Mario Kart 8 was quite enjoyable. As our vision became more blurred, we downgraded the graphics by busting out the N64 and SNES and played those Mario Karts. Who knows what sort of conversations that resulted in, but Mario Kart is just always universally fun. 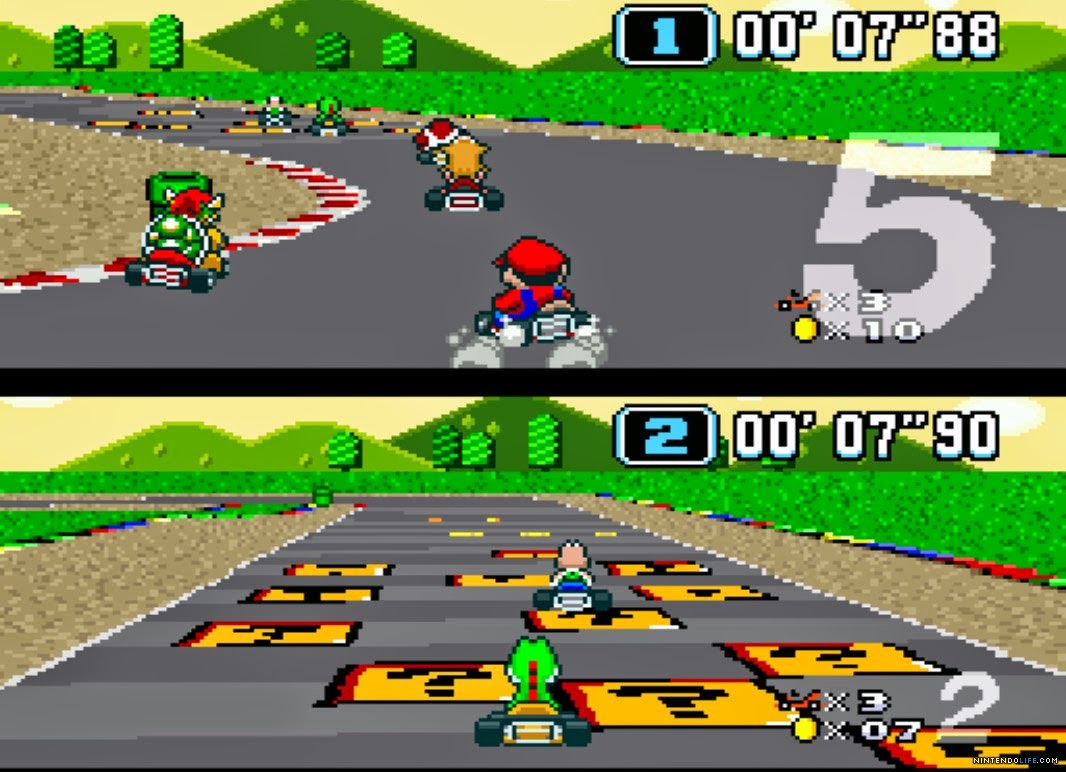 So this next thing was less fun than Mario Kart, but to be fair, it was equally not fun for both of us. Ever since I began writing for Hardcore Gamer I have tried to figure out the methods Steve uses for assigning which game reviews to which writers. I think I have some some parts of his managerial algorithm figured out, but a lot of his methods remain shrouded in mystery. One such assignment could not be more obvious and that was the review for The Mummy Demastered. Aside from the fact that shooting large bugs in some underground tombs is in both, the game has nothing to do with the movie which is probably why it’s such a good game. To choose which person got to review the game, the person had to agree to watch to the 2017 The Mummy starring Tom Cruise. The fact that this condition made me the only person in consideration for the game should have been a major red flag, combined with the fact Steve was raving about how much I would love the movie.

Both myself and Wanda enjoyed Brendan Fraser’s The Mummy that came out a century ago, so we figured this movie couldn’t be too bad. For one, this line of reasoning was faulty since aside from the title, the two movies have nothing in common. Secondly, it seems whenever I look at a low-rated film and think it can’t be that bad, the movie itself comes to life just to say hold my beer like it is willing itself to somehow become even worse than I am expecting it to be even though all post production is complete. This movie made no sense at all and seemed like it was Dr. Jekyll trying to assemble all the classic Hollywood movie monsters into his own spooky version of The Avengers. This was also surprising since despite what can be said about Tom Cruise’s personal life, he tends to be in good movies like Edge of Tomorrow and Collateral. 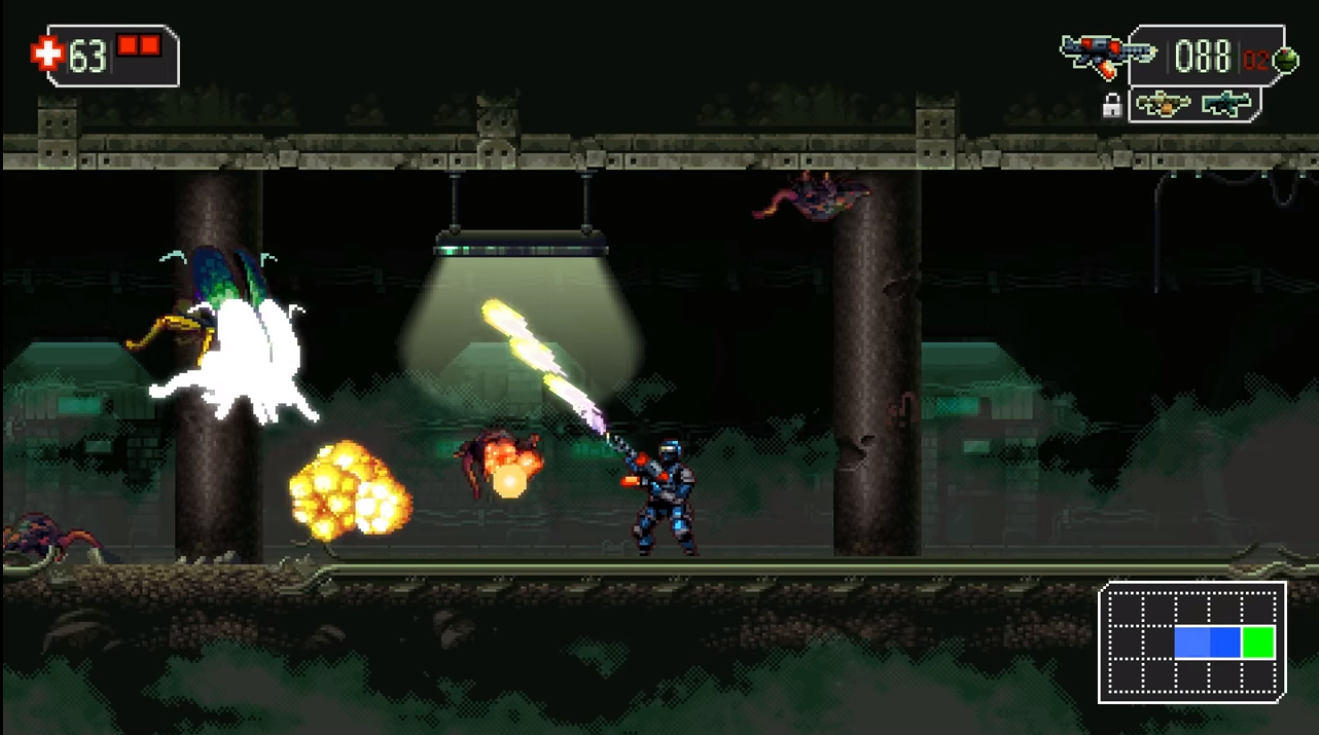 So in exchange for us sitting through that cinematic train wreck, I got to play an enjoyable metroidvania and write a review for it. Wanda got to proofread said review of it. I also got to sleep on the couch that night. Thanks Steve. Despite Wanda not identifying herself as a gamer, playing games with her seems to be causing me less problems than watching movies with her that are connected to games, and movies are things she openly enjoys. She did agree that The Mummy Demastered is more enjoyable to watch than the movie it was based on, so perhaps she is starting to come around and be a more willing participant in gaming. Or maybe that movie really was that bad.