In stark contrast to the constantly-evolving modern art masterpieces that Nintendo controllers have become, not a whole lot has changed with the standard PlayStation and Xbox controllers since their initial inception. We get a few tweaks and additions every so often, typically when a new console generation comes out or when the PlayStation Controller randomly got thumbsticks, but the basic template remains the same. With the rise in popularity of eSports, controllers with paddles on the back of the hand grips have also had a surge in popularity with several brands competing for dominance in this particular market. Evil Controllers is one such company who is bringing their customizable paddle controller to the arena with the Evil Shift being their newest and possibly best controller to date.

The Evil Shift controller includes some unique features to set it apart from the standard controller. The most noticeable of these are the four paddles that are on the back of the hand grips which can be mapped to any function of any other button on the controller, including the L3/R3 functions and D-Pad directions. The only features that can’t be mapped to these paddles are the Option and Share buttons. Also, these controllers include Hairpin Trigger sensitivity that is compatible with all games and not just shooters, so minimal pressure is needed to rattle off multiple shots, jumps or whatever action the button is supposed to do in the quickest amount of time.

The buttons can be remapped within seconds, and with multiple profiles that can be saved to the controller the player can have different preferred set ups to quickly switch between depending on the game. The paddles on the back of the controller are small enough and placed in a position where the risk of accidentally pressing them has been minimized without having to sacrifice a natural and comfortable grip. Designed for competitive esports, the Evil Shift is made to be durable enough to withstand millions of clicks and boasts to be one of the longest lasting controllers on the market today. 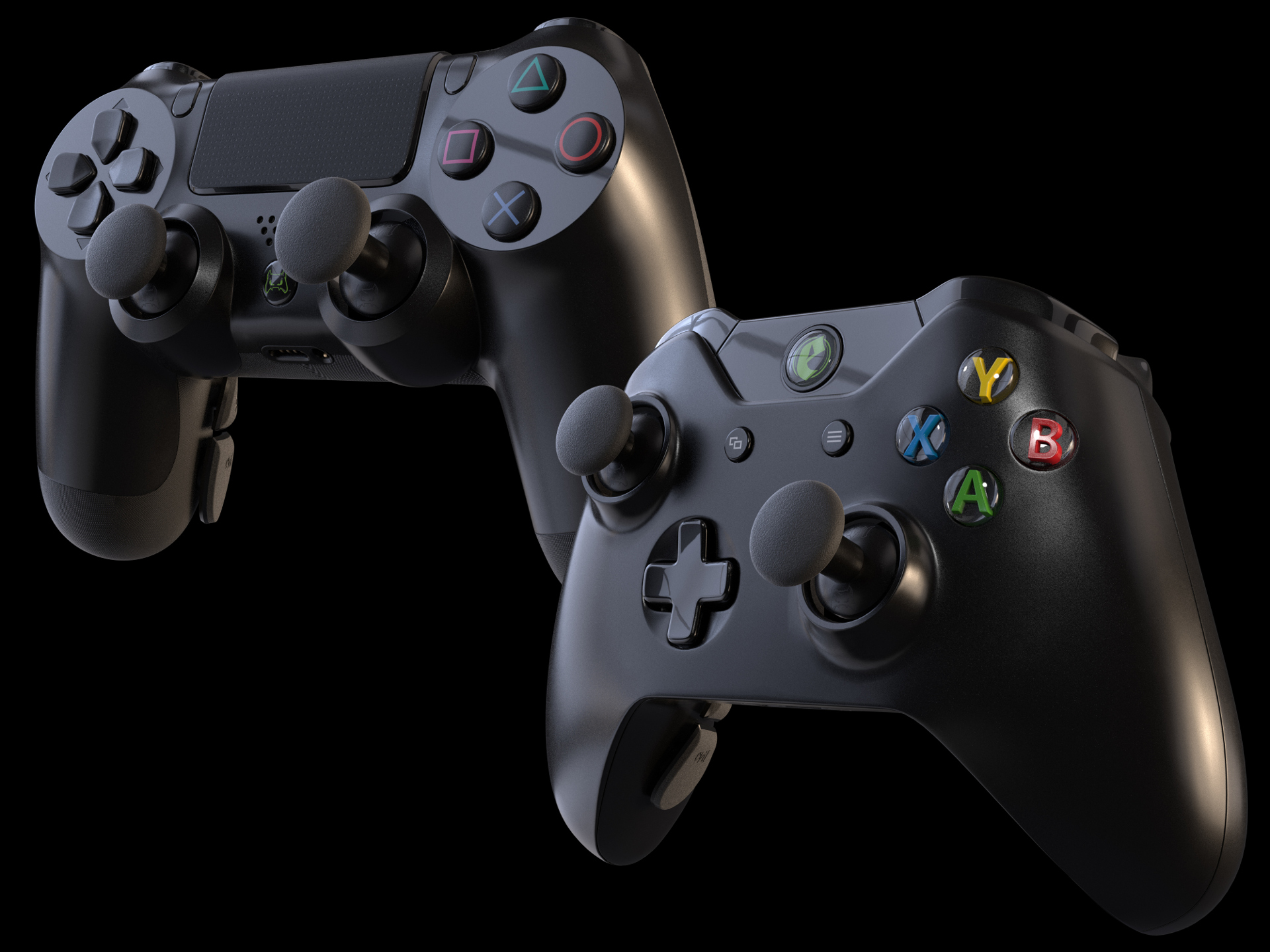 The Evil Shift includes a pair of three interchangeable magnetic thumbsticks of different heights that can be swapped out easily with no extra tools required that can influence how sensitive they are to movement, allowing the player quick access to having the desired sensitivity with any game, using taller sticker for tricky sniper shots and shorter sticks for slower, more deliberate movements and tight angles.  Also, for the vain gamer Evil Controllers will add a player’s name or gamertag to the Evil Shift if they request it. The controllers do come in a variety of colors and designs, the particular one used in this review has textured grips and the front is the standard PlayStation black on the top half with the bottom half being a deep metallic red. Different people will naturally prefer different styles but for personal taste this one fits in with my preferred aesthetic.

Remapping the paddles is as easy as Evil Controllers advertises: one simply holds the Share/View button and then holds the paddle they want to assign. The controller’s light will flash briefly, and then simply press the desired button to be programed which then flashes twice to indicate the remapping was successful. How these paddles work is a little strange. Normally when using an Xbox/PlayStation controller the thumbs cover the D-Pad, buttons and thumbsticks while index/middle finger takes care of the shoulder buttons. How the Evil Shift is designed the ring and pinkie can take care of the paddles, which can be mapped to whatever makes sense for the game. An example of something that was done during the review with Nights of Azure 2 was map the two left paddles to L1 and Circle and the right two to Triangle and Circle, which are two button combinations for special attacks so left fingers took care of Lily Burst and the right took care of the Lily special ability. Virtually any combination is possible and mapping should vary based on the needs of the game and personal preference. With Wolfenstein II the shoulder buttons were mapped to the paddles, and the controller was held in a way where there index and middle finger could use them which actually felt natural. Almost all of us have certain muscle memory ingrained into us so switching to this does feel awkward in the beginning but it doesn’t take long at all for the brain and fingers to acclimate. They also were not lying about the hairpin triggers. The paddles are positioned in a way it’s easy to avoid accidentally pressing them, but resting one’s fingers on a button idly can lead to some surprise situations. 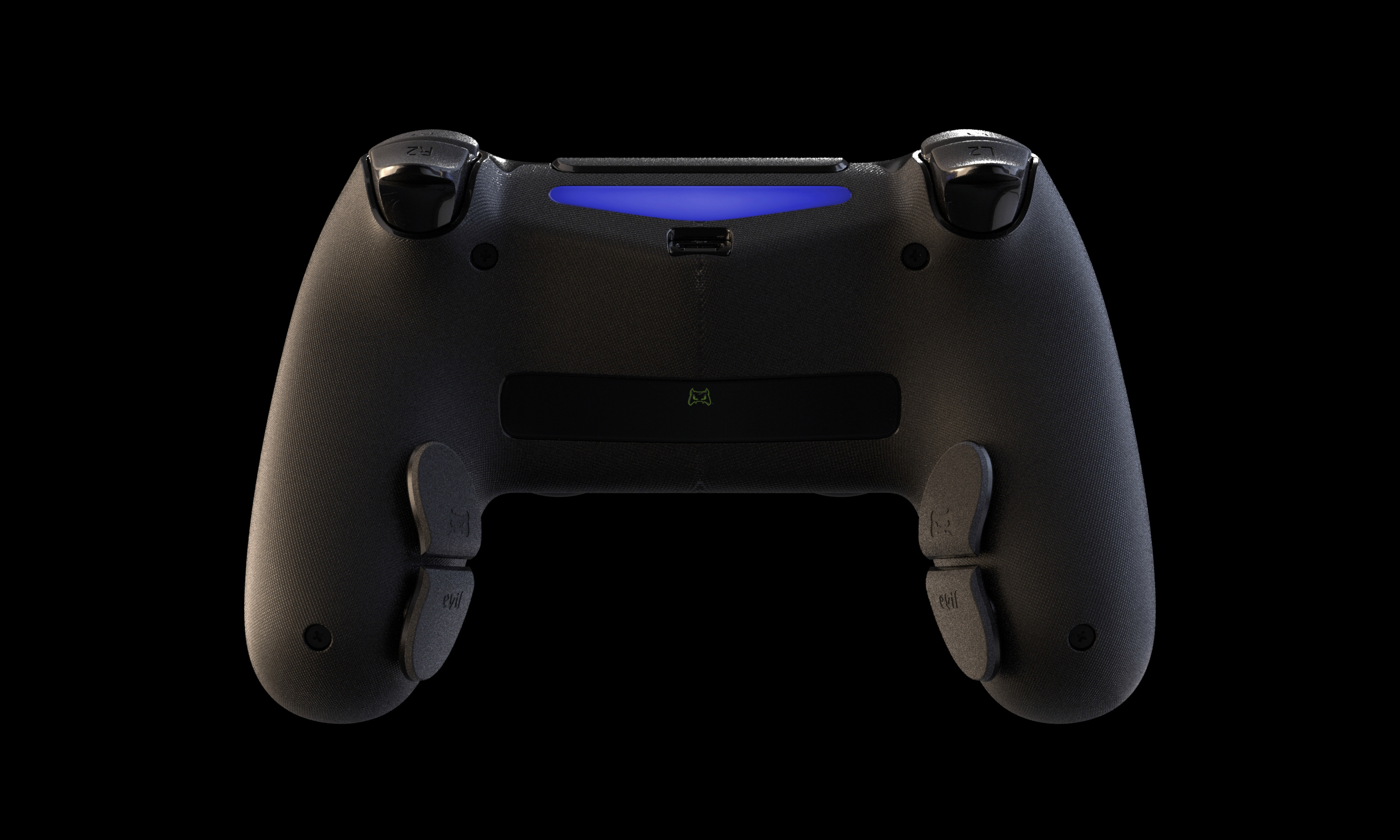 The Evil Shift controller is obviously not something everyone needs since most of us were doing just fine with standard less expensive controllers. That being said, it’s a cool controller. The different thumbsticks are an easy way to calibrate stick sensitivity and the programmable paddles can lead to advantageous configurations. The hairpin triggers do provide a slight advantage in competitive settings, allowing the player to get off more actions quickly with less pressure to the button. We’re talking about milliseconds worth of difference, but there are those situations where those can make a big difference. Hobbyist gamers with no complaints about the stock controllers might not see a need for this, but those who either have experience with remappable controllers and back paddles or are just intrigued by the concept could get a lot of enjoyment out of the Evil Shift.