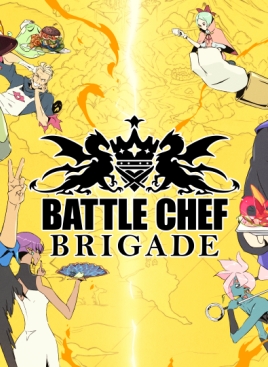 In a sense, making quality indie games (or any game for that matter) is a lot like cooking. You start off with tried and true ingredients that you can blend together to make something tasty, but to create really impressive cuisine, you have to get quite bold and experiment with various flavors. Perhaps you want to see if the hamburger patty of Vanillaware-style 2D combat can be complemented by topping it with a bun with some peanut butter made of Bejeweled-style puzzler gameplay spread on it, and perhaps a dash of the sriracha that is a quirky fantasy setting, seeing if the flavors that you may think would be mess when combined actually work. And this is the part where I realize that I don’t know much about cooking and should probably stop with the food metaphors (through I swear that’s part of an actual burger from a Los Angeles food truck), so let’s just get right to it already: Battle Chef Brigade. Mixes various gameplay elements together. It’s odd. Does it all work? Let’s find out!

Taking place in the realm of Victusia, the elite Battle Chef Brigade has been protecting the land for over a hundred years, being able to skillfully hunt down monsters while also being able to haul back their ingredients and whip them up into various types of cuisine, feeding the locals in a rather interesting way. Every year, a massive tournament is held to recruit new Brigadiers to help out with the hunts, and that’s where our main heroine Mina Han comes in. After running away from her country restaurant to join the tournament and experience more in life, she befriends an orc named Thrash and and elf-like girl like Kirin, all ready to take on what may come. But aside from the drama between contestants that always gets stirred up, something even more sinister appears to be brewing around this year’s main event…

Aside from the innovative premise in its gameplay, the first thing to probably leap out at players when it comes to Battle Chef Brigade is its hand-drawn artwork. While the animation is a bit limited in areas, it doesn’t stop everything from looking dazzling, with a lot of vibrancy, detail, and personality poured into every character, monster, or backdrop. And that’s not even getting into the actual food. Trinket Games clearly had a ton of fun coming up with the various dishes you can create, mixing fantasy creatures with modern cuisine and making meals that look legitimately delicious (with more than a few of them already recreated in real life). The grandiose orchestral tunes also work as well, providing perfect accompaniments for huge competitions. 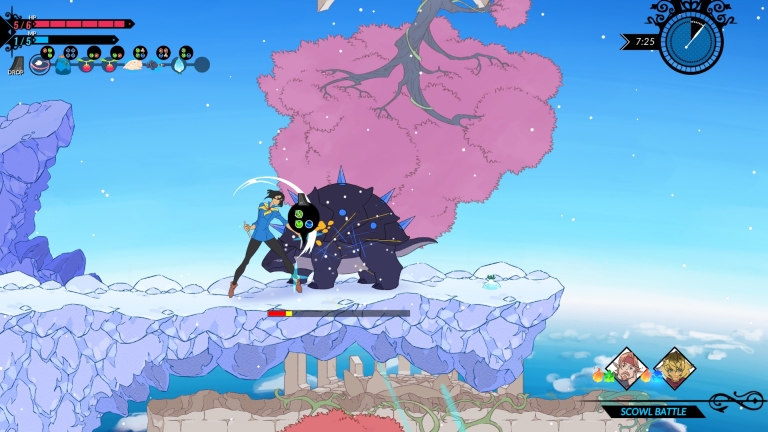 It also helps that the characters inhabiting this lush world are extremely likeable. Mina comes across as nice and enthusiastic, as does Thrash and the other mains, and we definitely have some eccentric standouts such as the anachronistic necromancer Ziggy, the petite Quetzal and her huge steampunk Teabot, or Thorn, the hungover dark elf huntress of legend. There’s a lot of cute humor to be found in every corner, be it in over-the-top, hammy personalities (which the voice acting nicely delivers), or just small observations on the game’s world (like casual interactions with cats named after cheeses). It creates an inviting and fresh universe, and even delivers a good story to boot, with each character seemingly having their own unique tale, in a sign of some quality writing.

But the real meat here (pun semi-intended) is in the gameplay, of course, and things quickly get nice and deep. At first it seems simple: Head out, kill monsters with hack-and-slash tactics, grab ingredients dropped, take them back and mix taste gems in them by matching things up, make sure to include the theme ingredient and match the judge’s preferred taste in elements by having one dominant color of gems. But of course, things soon escalate. The creatures become trickier to hunt and opponents become more formidable, along with introductions of multiple judges you need separate dishes for, who may even desire multiple elements (which is a slight pain, since the game has difficulty making it clear they desire exactly equal amounts of each one). Not to mention a plot twist that introduces poison elements and cracked gems that can hinder things. 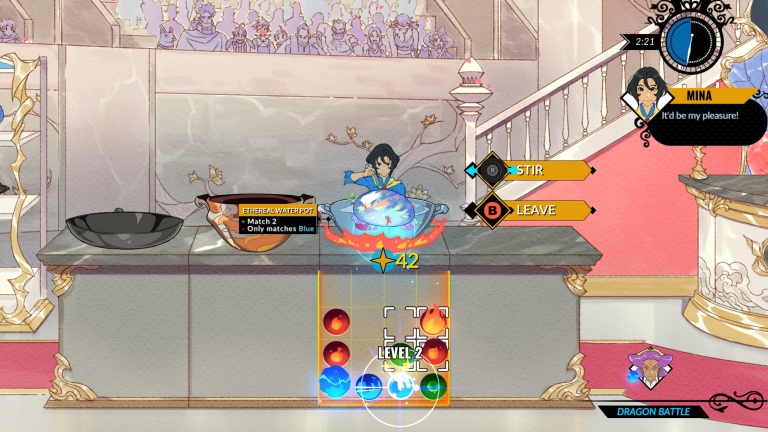 So you have to manage your combat skills, being fast and deadly and avoiding attacks while harvesting items quickly (especially since some monsters can snatch fallen ingredients up), and your puzzle skills, having to nicely line of combos to get powerful tastes quickly that lead to high scores while eventually having to do two or more at once. And you can purchase several attacks, charms, tomes, and cookware to assist you, but you’re limited in what you can bring to the area. This is naturally where the strategy kicks in. Is your last slot in cookware better suited for that cutting board to get rid of poison, or the slow cooker that can promote taste gems on its own? Should you you stock the pantry with as much ingredients as possible first, or immediately begin with whatever you bring back in your satchel? Will you concentrate on seeking out a certain monster, with a fifty-fifty change it may drop an ingredient with the gem combo you need? What about aiming for a bonus by including the tome that rewards twenty-five different ingredients in a dish, or using the one that gives points for five of the same ingredient?

It is indeed some tense stuff that can get your heart racing (especially in the final moments as the clock ticks down), and it shows that Battle Chef Brigade nicely excels in the challenge area. And it helps that at its core, the basic mechanics – 2D combat and match-three puzzlers – are nice and simple in the gameplay department, allowing for smooth and easy controls. Hacking away at monsters is fun, and the standard puzzler controls work perfectly fine. Between matches, you can also engage in additional puzzle and hunting challenges for extra coins, adding a little bit more (in addition to the daily challenges and quick extra modes). So there’s a lot to experience here, and it’s mainly a blast to play through. 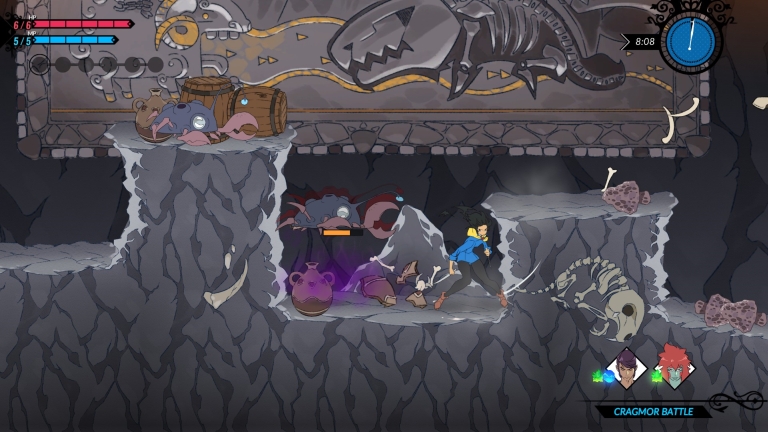 However, Battle Chef Brigade does falter a bit when it comes to structure, having the right ingredients in both gameplay and story, yet not necessarily combining them in the best manner (in contrast to the core action/puzzler combo). It just seems a bit awkward when looked at, and to illustrate why, let’s break down each of the game’s six acts.

Act 1: We get introduced to Mina, set up her initial part, and begin the basic tutorials. Your standard opening.

Act 2: The meat of the game begins as we challenge new competitors each day, defeating new competitors and slowly learns new techniques as the difficulty gradually increases and we get new equipment.

Act 3: Whoops, looks like a sudden event has drastically altered altered Mina’s path, and now we have to spend roughly half an hour or so teaching new mechanics to be introduced, which takes up the entire act, and the story surrounding it lengthens what should be a quick lesson. And there’s no losing here, so the difficulty has dropped.

Act 4: But things have picked up again and the competition continues, ramping up the challenge as Mina has to be extra careful and extra quick against formidable foes, culminating in a final challenge that acts as the culmination of everything we’ve seen so far, properly reaching the end of her tale…

Act 5: …Except wait, the developers wanted to make Thrash a playable character as well, so now they gave him a plot that chronologically takes place during Act 3. And while we suddenly have to learn how to play as someone with different skills and items, things aren’t any more difficult. Heck, if anything, Thrash’s matches seemed easier. So one has to question why this wasn’t Act 3 or 4 instead.

Act 6: And now thanks to that dip, we have a final battle that suddenly has a massive difficulty spike (although it would have been a notable spike even if this was followed right after Mina’s last act, to be fair). And the battle is held under completely ludicrous circumstances, leaving me to simply ask “Shouldn’t this be over already?” Especially since again, Act 4 gave Mina her logical conclusion, and it felt just challenging enough.

In other words, because of the game’s choices when it comes to picking the order of events and how they’re played out and handled, we have a rise/fall/rise/fall/rise pattern when it comes to difficulty, and needless to say, that does get a bit annoying. It feels like with careful rearrangement, we could have had a straight tournament with a side plot or two that lasted a respectable eight hours, but instead things sadly get dragged out on occasions. 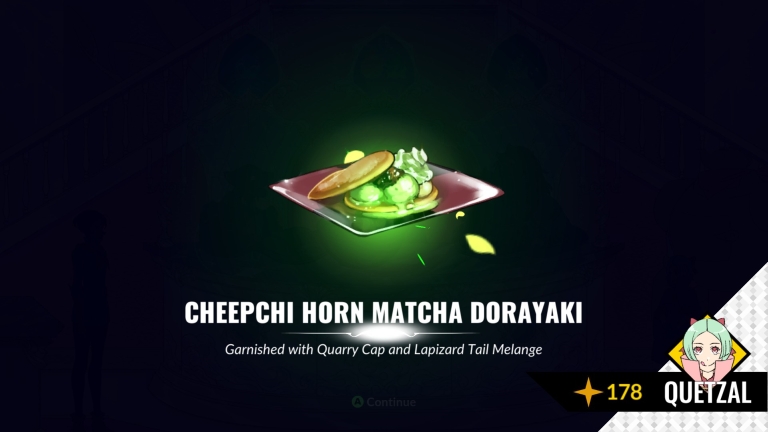 In the end, Battle Chef Brigade’s gambit when it comes to its unorthodox blend of ingredients pays off well, resulting in truly stellar duels that reward combat skills, proper planning and strategy, with success not only delivering dishes to make one salivate, but also truly fun gameplay on all fronts. It’s one of the most unique games to pop up this year, making for an experience with a lot of charm and energy that is not to be missed. So as they say at the beginning of each match, Vive la Brigade!